We’d like you to have a peek behind the scenes of Moonfall’s making. Here is our first Dev Diary, where you can learn more about the process of making an indie game. There’s plenty of concept art from the early stages of development, too!

Recently, we have announced our upcoming 2D RPG Moonfall. We want you get an insight into the inner workings of our studio, so we've decided to write a series of blog posts from behind the trenches.

The style and setting of the game was a culmination of a longer process. If you'd like to know why we've decided to pursue the way of dark industrial gothic world, an alternative version of our Medieval age, continue reading.

Since this topic includes loads of artworks and concepts of work-in-progress, we’ve split it into two parts. The first part covers the development until the end of 2015.

At the earliest, we were poking around two settings for the game (see Figure 1). One was a sci-fi post-apocalyptic world, the other one classic fantasy. After a while, we made a choice to try fantasy. We like the setting, because we are big fans of fantasy games so we can lean on already widely understood design choices. Hence, we spent the first four months working with a version of the game set in a dark fantasy world. 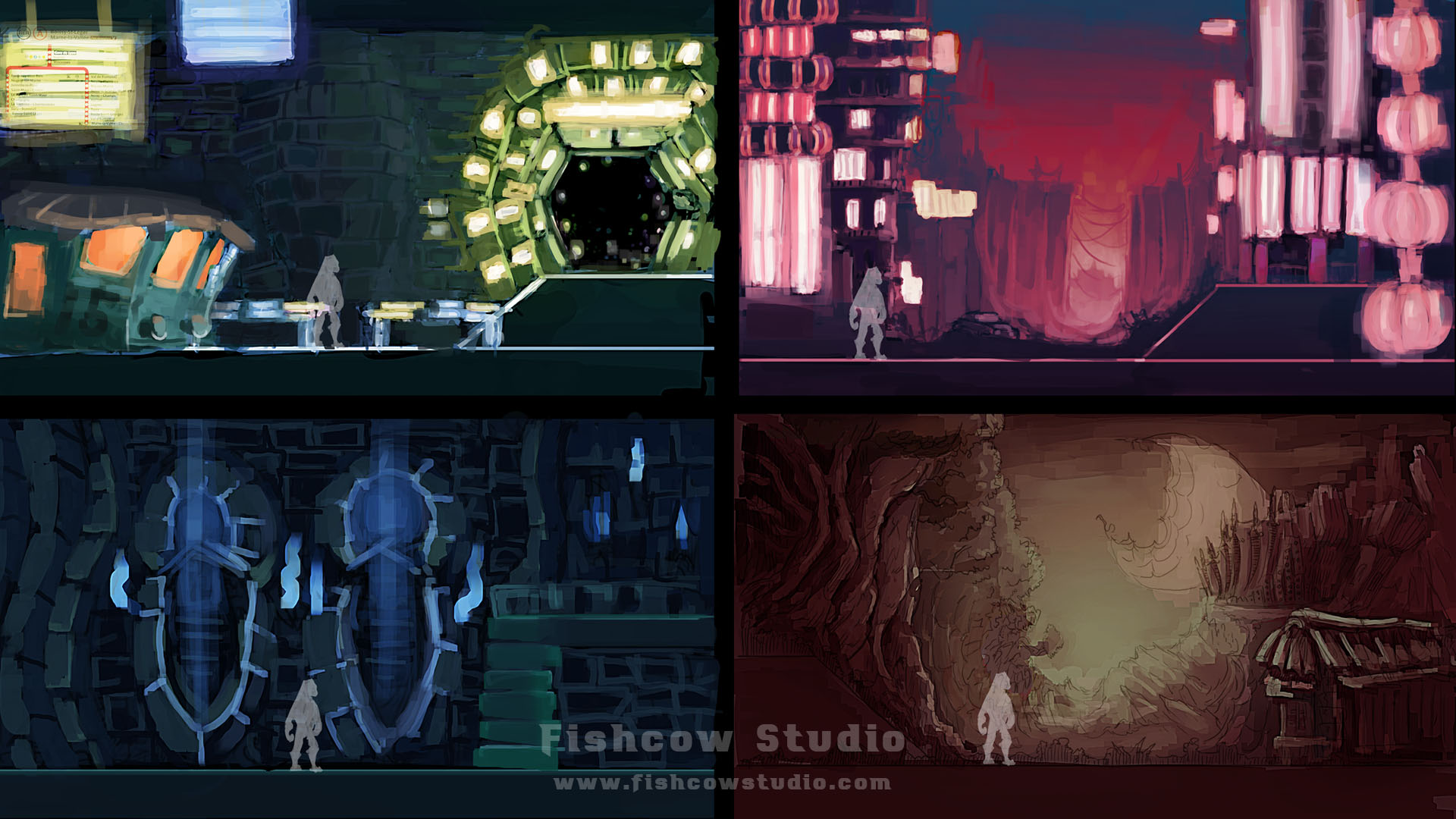 Figure 1 – Choice of the game's setting

After we had chosen the setting, we embarked on the process of creating the story and designing our fantasy world (see Figure 2). We wanted a vivid and varied world, ranging from mild forests to frozen and volcanic locations. At first, we thought we had it figured out, and we could focus on another important task – choosing the right visual style. That turned out to be a more challenging issue than we thought and slowed us down by at least two months. We'll describe the whole process in another blog, later. 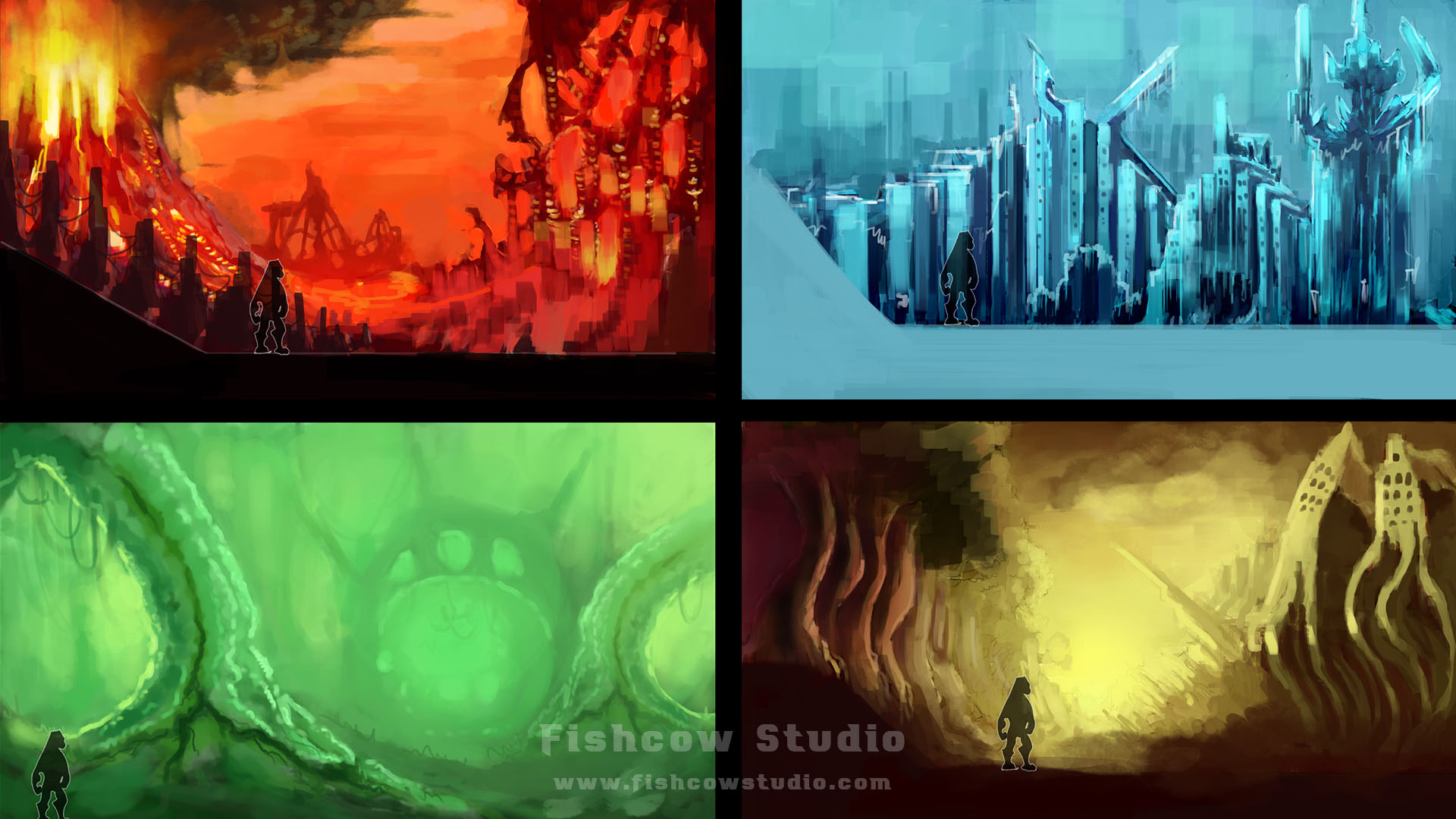 Figure 2 – concepts from our fantasy settings

After resolving the issues surrounding the choice of our unique, hand painted visual style, we started working on the locations themselves. We also started working on the outlines of the story – the first version was a very simple, standard story of a hero standing up to new evil forces and saving the world (luckily, we have ditched that one!).

Here are some early sketches of the game's locations. In the picture from one of the dungeons, you can see our original hero. We'll discuss him and other characters in yet another dev blog, coming up later. 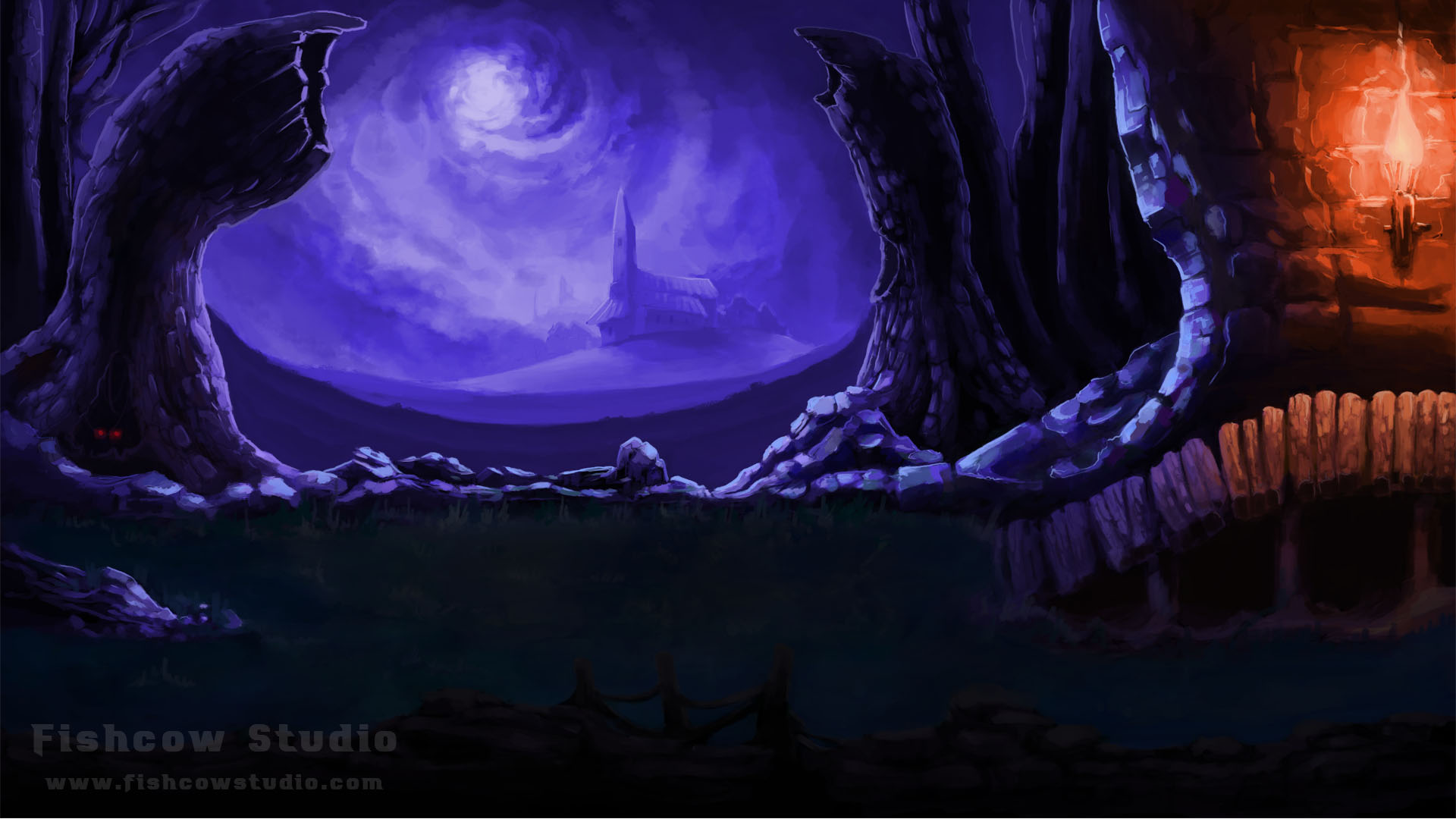 Figure 3 – edge of the forest from our fantasy world 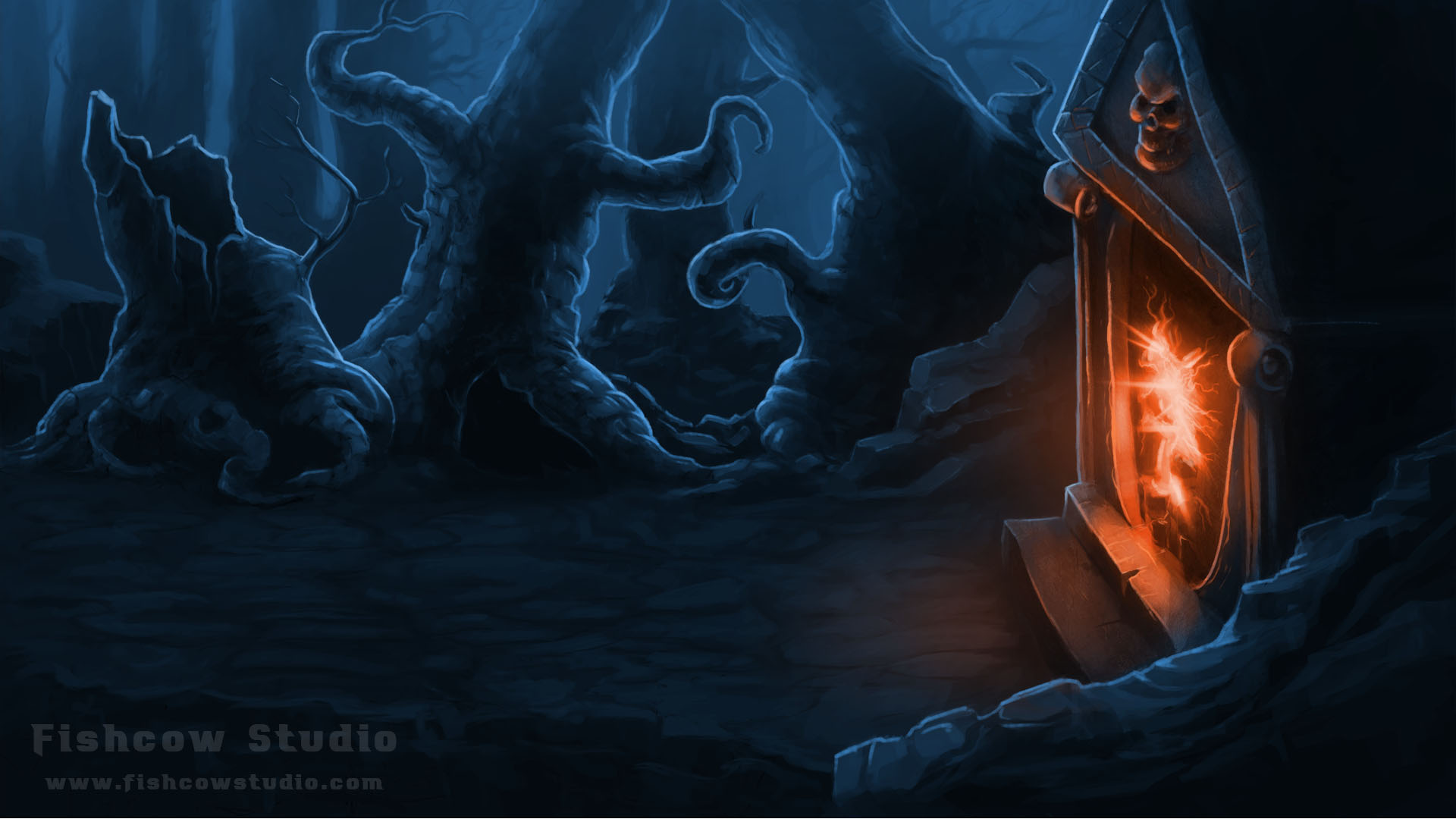 Figure 4 – inside the forest from our fantasy world 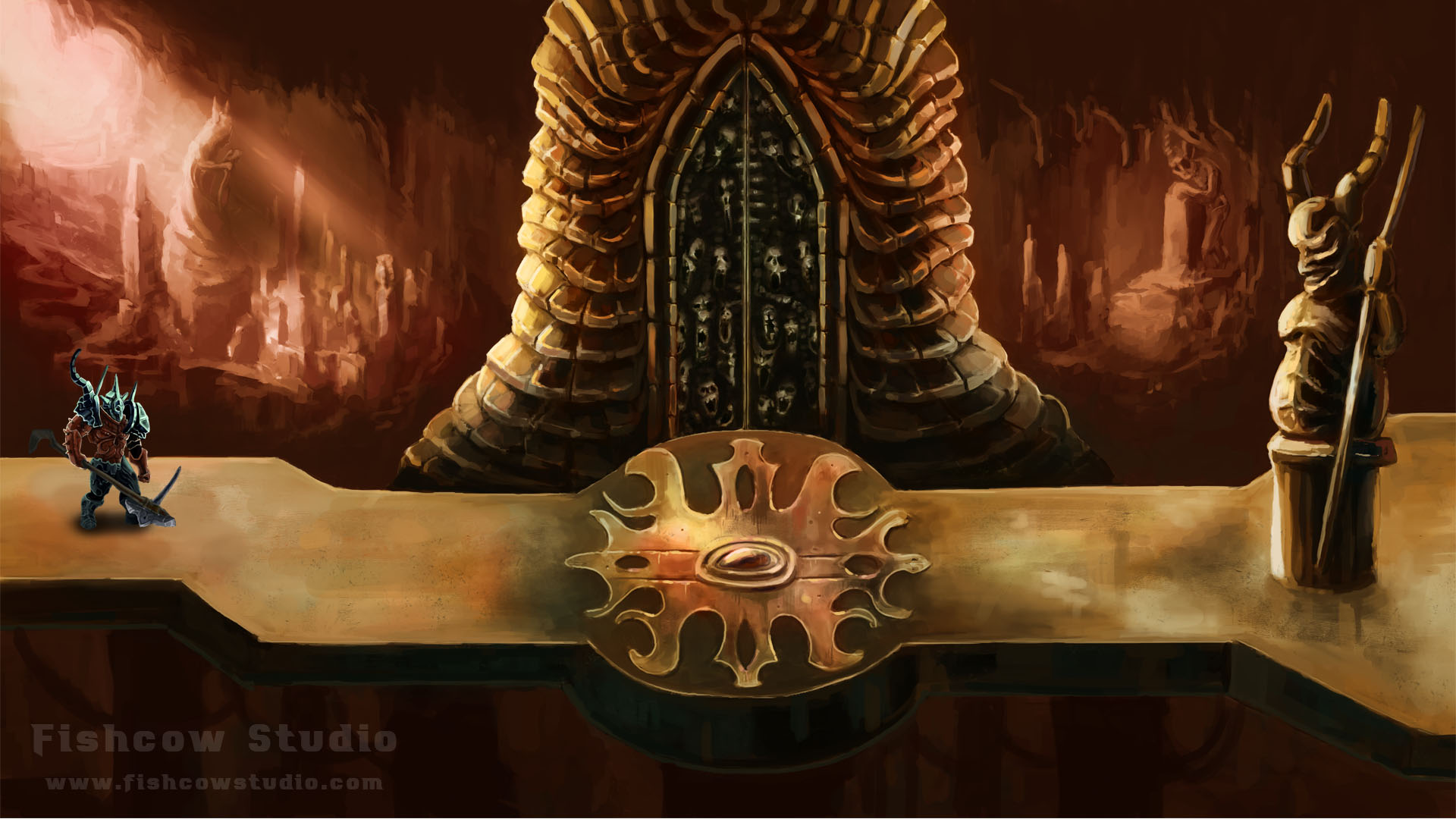 Figure 5 – dungeon and original hero from our fantasy world

PROBLEMS WITH THE SETTING

In December 2015, we had realized just how much saturated the market is with dark fantasy games like Diablo. Even though we were sure that our game had some distinct features, such as point of view from the side and a unique visual style, we saw that as a potential problem. So, we started the process of adjusting the story and setting. The first thing we tried was infusing the game with gothic elements, which improved the looks, but still didn't really cut it. 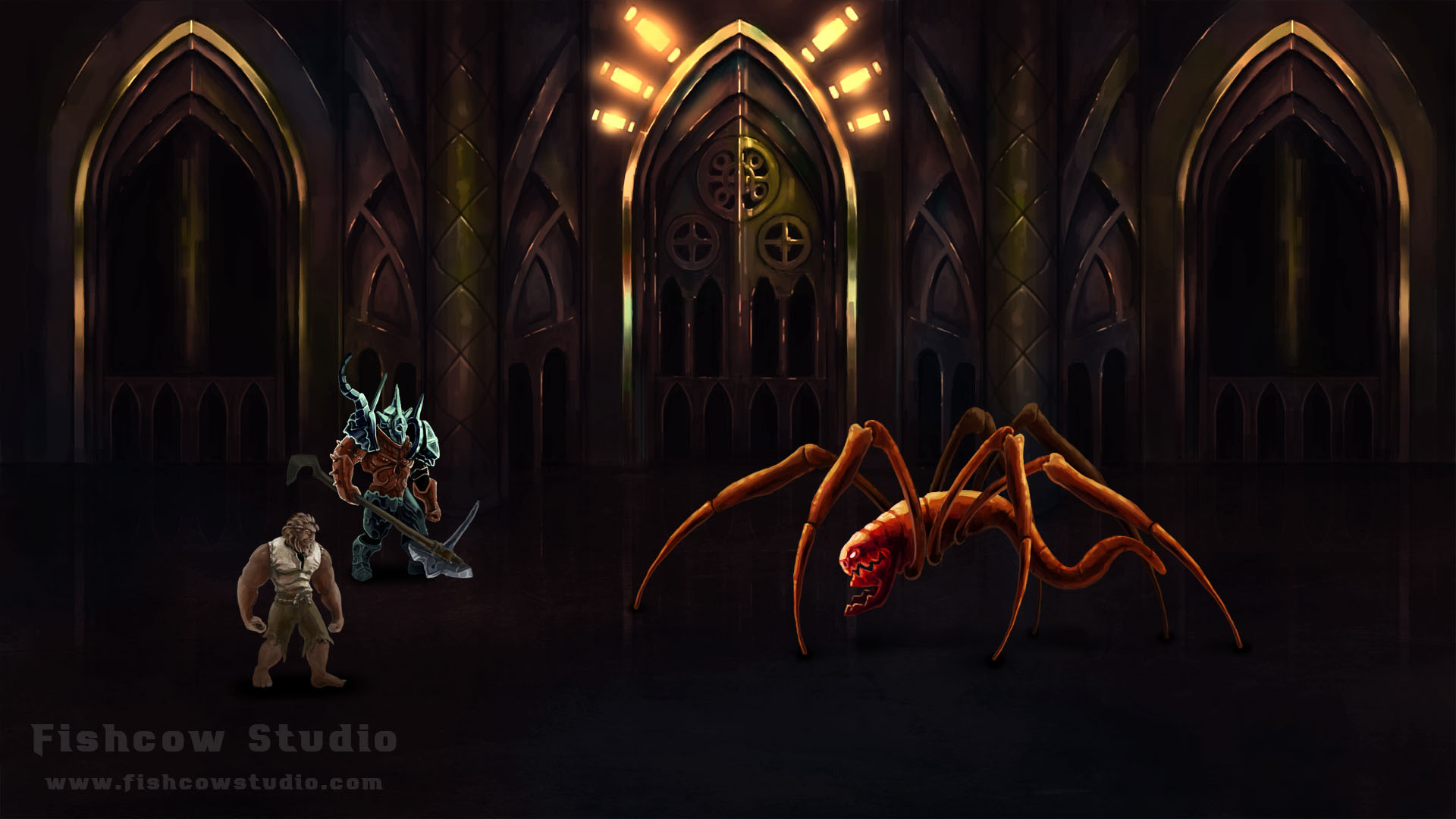 Figure 6 – interior of a dungeon-church with gothic influences 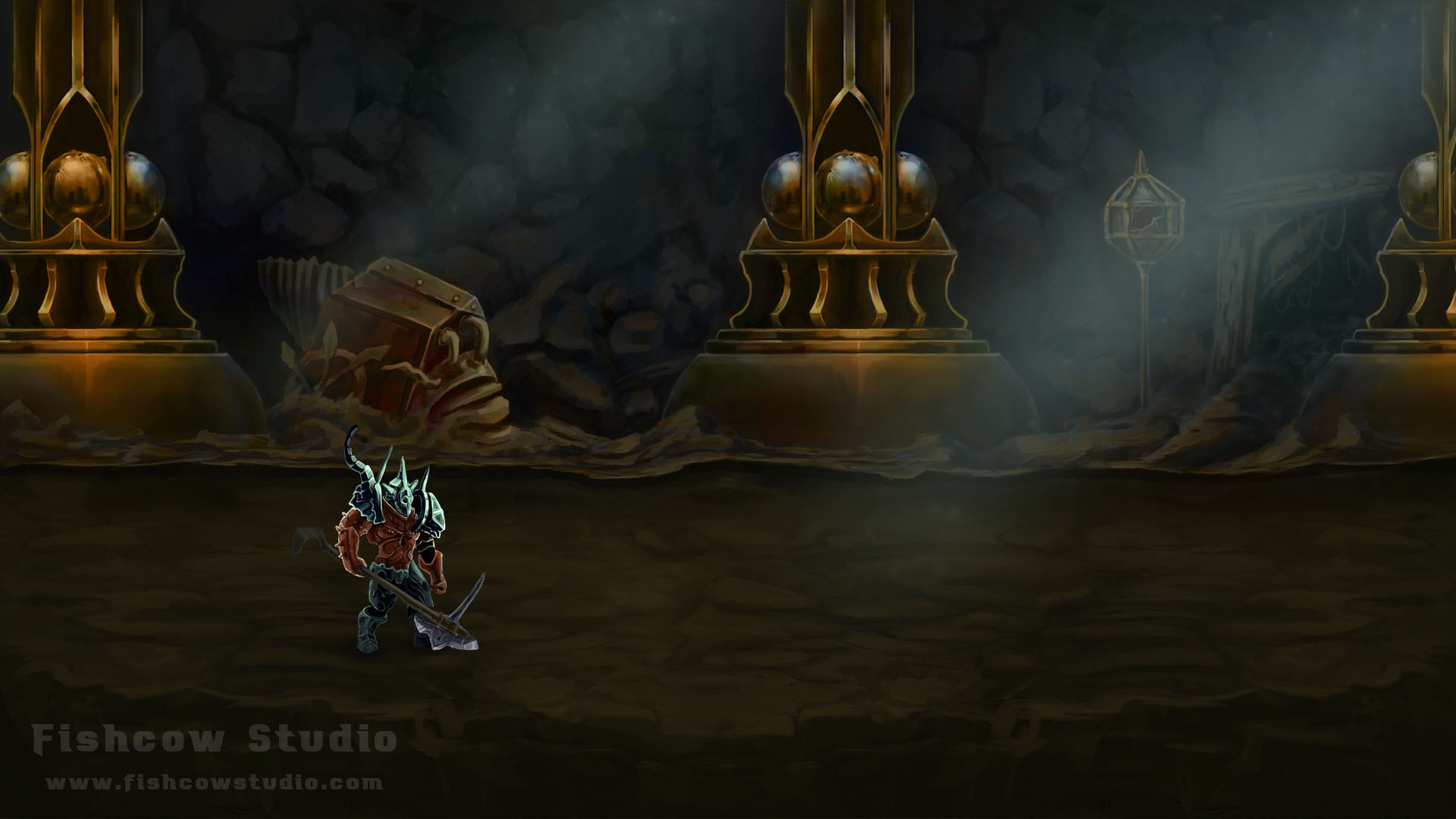 That’s all for now, folks. Next week, we’ll finish the topic of Setting the World Style. You can expect plenty of new artworks and you’ll get to know how the technological medieval world was created and what a Chinese gothic could look like!

Thanks for taking your time to read this and we'd love to hear from you!