This article is about setting and factions in Space Tactics.

Hello guys,
Today I'd love to tell you about setting and factions in Space Tactics. This game is the first in series of upcoming games set in the same universe we're developing now. This universe is heavily inspired by Honorverse.

Almost two southand years ago, first colonial ship set sail from the Old Earth. Since then, thousands of planets have been colonized.These colonies were founded by different types of societies: military dictatorships, democracies, various monarchies, fanatical theocracies and even corporate structures.The colonies didn’t interact for ages, but gradual expansion of territory reached gigantic proportions and the governments started to communicate. Cultural exchange, science, technology and interstellar trade flourished. Nevertheless, human nature never changes - in close proximity conflict is unavoidable.Human civilization gone through numerous of armed conflicts, from small borderland clashes to fierce atrocities of genocide when whole nations were eradicated.The story of Space Tactics is about one of these encounters, insignificant to measures of whole humanity and crucial for its participants.

The sides of the conflict

Corporation
“Devil’s Dozen” corporation is an interstellar holding - a government with corporate structure. It consists of 7 planets in 5 star systems with total population of 20 billion people. Mighty economics and high life standards are the top priority of the Corporation.It is achieved by highly developed trade, professional political management and protected by top tech military fleet.

Despite high standard of living and GDP per capita, Corporation's top prio is its profits. This leads to different harsh situations like assimilation of independent planets by force or exploitation of human labour in terrible conditions.

Corporate Fleet is relatively small, but highly mobile and uses top notch military tech. Its officers are known for their skills and proficiency. It's an honorable profession in point of vief of population of Corporation planets.

Theocracy
Delanel theocracy was founded by radical religious fanatics. Their primary goal is to spread and impose their beliefs. This theocracy is known for its effective economy due to diligence and selfless patriotism and last, but not the least impetuous warmongering politics.Theocrats have no mercy to infidels and fervently believe that bringing the light of their faith to every single corner of the Galaxy is their destiny.


Space Tactics proposes to play as a Corporation officer or pilot and take part in the conflict started by Theocracy. In the beginning it was just a border incident, but then the conflict quickly developed into a full-scale interstellar war. 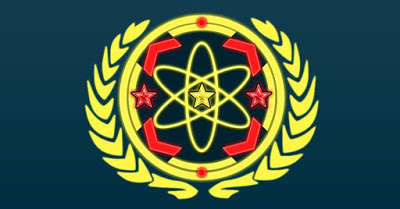 You will face fierce battles, grow in ranks up to Grand Admiral, take command on more and more powerful and significant fleets, conduct increasingly difficult fleet operations and eventually end the war. 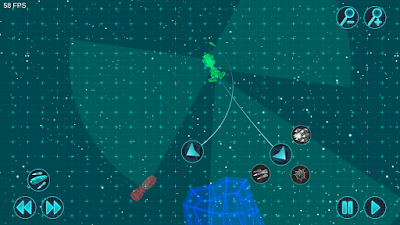 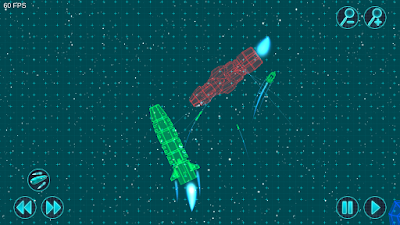 Please visit our IndieDB page to find out more about the game.