The main idea behind the game secutor is to explore additional depth to simple click to death action-adventure games. In a first step, a three step attack pattern - load, hit and recover - was added. This lead to rather different attacks just by changing time and movement restrictions.

Secutor is a game centered around a combat system idea. Basically, the game is just a test comprising an magical arena fight with different enemies and spells. The real point of the game is the definition of attack spells. Each spell has 3 phases: 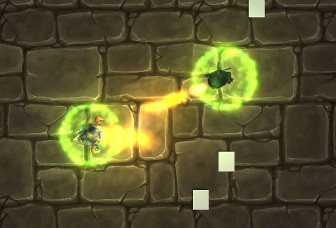 The parameters for each phase are the intersting part: speed, damage, turn speed along with the length of the phase overall could be changed. This way, spells could differ extremely without much effort: a "jab" attack has fast phases, does not impede movement, but also does little damage. Heavy spells have a long cast time, allow no movement at all, but do serious damage. Charge-like spells actually increase speed in the first two phases and reduce it in the last phase. So, using a handfull of parameters and these three phases, very interesting spells could be created. 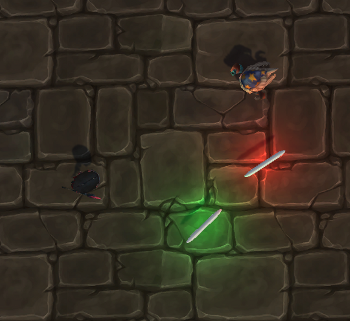 Using different areas of effect, like long fire lances or u-shaped geometric figures, the difference in spells could be increased further. In addition, some elements like light sabers are animated, so that players need a certain feeling for time and position to actually hit something.

You can check out the results of this basic idea in the downloads section.