Sector Six is finally coming to Steam store! Thank you all for your support!

Sector Six going to be on Steam!
Thank you all for voting! 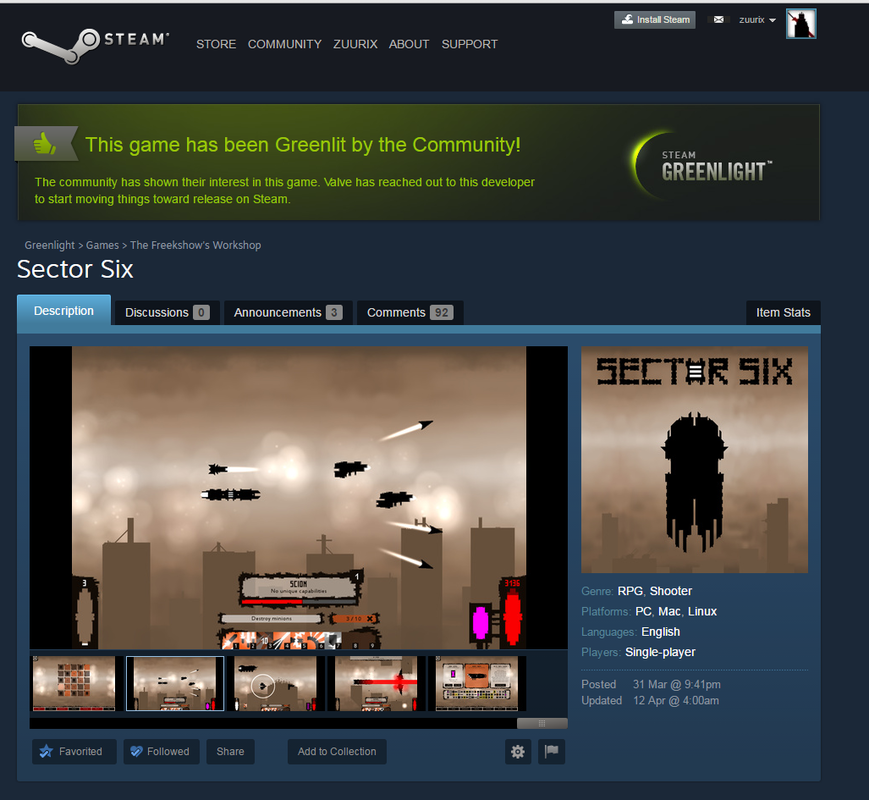 Since thanking is not enough, I'll make sure that Sector Six becomes into something really worth voting for!

So, now I'm going to do scary legal stuff to get my game in Steam!

Sector Six will be sold as Early Access title until I complete it.
It will cost 9.99$

After Sector Six is on Steam, before releasing the game, I'll have to polish the hell out it!
I'll have to finish tutorial, fix unobtainable achievements, unlock story mission 2, fix a lot programming errors, so I can make Sector Six 100 times faster and then game will be released on Steam!

Before I'll actually start getting money from Sector Six, it will be hard to keep electricity, so I'll start IndieGoGo campaign soon.