We reveal 3 more monsters from Drox Operative: the Schism, the Lasher and the Acanth. 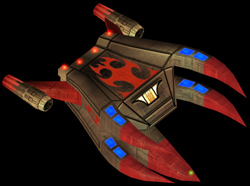 The Schism fly agile cruisers built to attack and defend in groups. They use beams as their main weapon and reserve their big weapon for difficult opponents, powerful bombs. Advanced sensors help them find enemies and resources.

Though fighting was their primary purpose, the Schism have taken to mining asteroids and other space debris, including Swarm Talon’s hidden eggs. The Swarm declared war and hunted down Schism for annihilation, and the Schism responded in kind. This particular Talon deserved Legion justice. 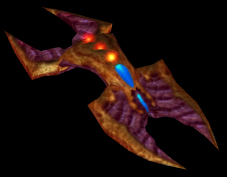 Dryad used the small corvette sized Lasher until shuttle pods were outdated. Lasher ships have sharp angles and long, front facing pincher wings. In the wild, they formed a symbiotic relationship with the massive Quake, consuming radiation unleashed by the Quake’s attack on other vessels. Lasher are short distance ships, but hitch a ride across galaxies on a Quake’s back. The titan Quake benefit from the lasher’s long range sensors.

Lasher use beam weapons and are generally short lived. Each ship is monoecious, having the reproductive structure of both sexes, and they birth many live offspring. Since they prefer the company of Quake, they are often in the outer sections of solar systems. 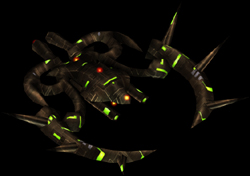 The Acanth fight dirty, keeping their cruisers at a distance while hoping you’ll run into their mines. Impressive shielding make them hard to kill while they attack with missiles. You may pass unnoticed during one of their sleep cycles, but they’ll come up hot and fight aggressively if attacked. Acanth like to strip critically injured ships of any type.