With 0.4.0 release, the most requested feature is finally here. From now on, you can save your game and come back to your exploration of labyrinth later. Save and Quit feature comes with an extra functionality where you can spend your treasure on upgrades. When one of your heroes fall in battle, you can fill the gaps in your party by adding new heroes before returning to the game. But this is not all, Dark Gates is now fully translated to French.

Save & Quit
Game allows to save a progress of your adventure. You are able to do so if you are not in battle. When you decide to end current game session, press ESC and choose option "Save & quit" from menu. You will be greeted with save game menu, where you can save your game into one of four available slots. In order to return to your saved game, all you need is to choose "Continue" from main menu and load your saved game. Game will start from party selection menu, where you can upgrade and restock. There is no obligation to have 6 party members after you loaded the game if you choose not to. After you are done with your party you can resume your game. When you re-enter the labyrinth all monster that has been befriended or bribed are hostile again. 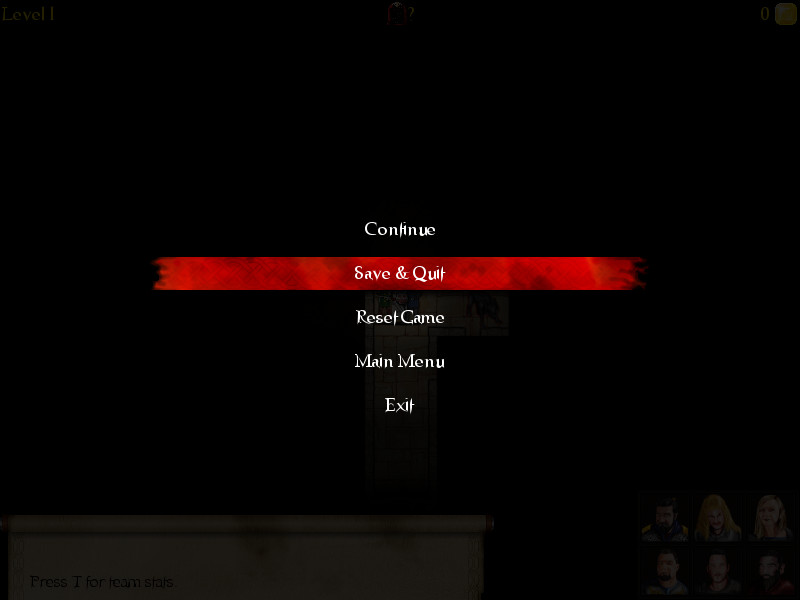 Upgrade
From release 0.3.1 heroes are able to earn experience points. With 0.4.0 release, they can be spend on upgrades. When you save your game and come back to it later, in party selection menu you can use your gold and experience points to improve heroes stats. First upgrade level start on 100 gold and 100 experience points per ability. Each hero can have maximum three upgrades per each ability. 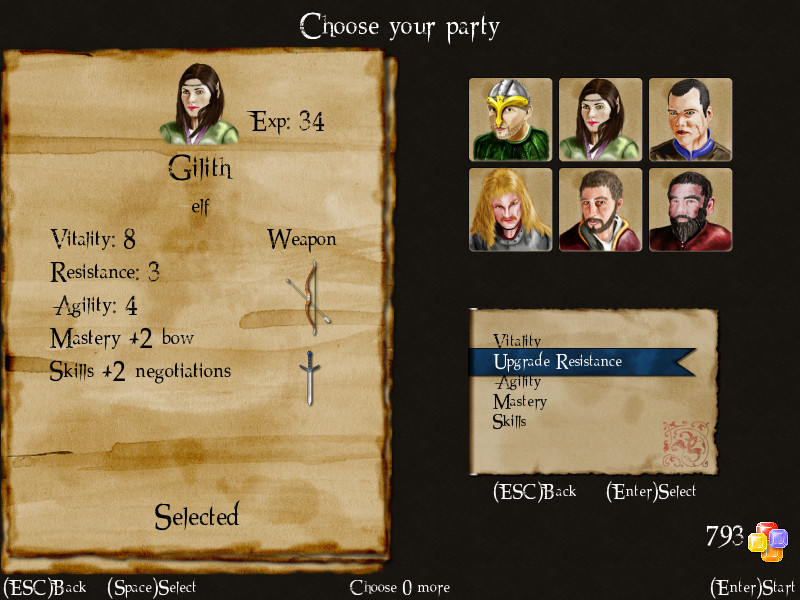 French translation and text tidy up
Dark Gates are now fully translated to French language, which has been done by Patrick David (Twitter @MrHyeron). Patrick did a fine job and hopefully we can expand our language files further. If you would like to see Dark Gates in your native language, please contact me on Desura, via dfourgames.com website, Facebook or Twitter. 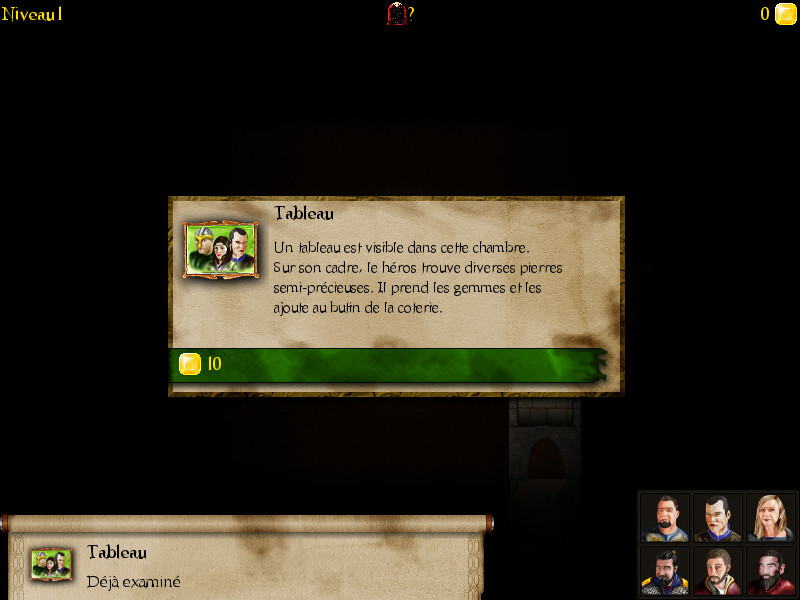 and the smaller things
A new icon is now in the UI of the game. Dark Gates indicator is located in the top centre of the screen. When you find your first mirror, this icon will remind you on which level Dark Gates are situated. An additional confirmation screen has been added before entering the game, so now if you not entirely ready to enter the game, you can come back to party selection menu.

Sale for special occasion
If you are still reading and not purchased a game yet, then you are in luck. This April is the third anniversary of Dark Gates development. Game is only developed in my spare time and it came a long way. On this occasion till the end of April game is 30% off. I would like to give a massive thank you to John von Draugr (you know who you are). His support, advise and bug finding are just the thing that any indie dev could wish for.

Plans for future releases
As this release includes the last of planned features, next ones will be finally catching up with missing art, polish and tuning. As I mentioned in previous news I still have plans for more features like gamepad support and static maps along with editor but finishing game art is now a priority.

Again there is no OSX release, sorry.