Workshop support was on a lot of wish lists as a requested feature for Interstellar Rift, and today the shipyard will open to allow ship and station sharing!

You can access the Steam Workshop from the store page, ships that you subscribe to are downloaded right away and available ingame in seconds! Ships will automatically show up in the load menu of the ship editor and in your available ships in the ship editor terminal. To delete ships simply unsubscribe from them on the workshop page. 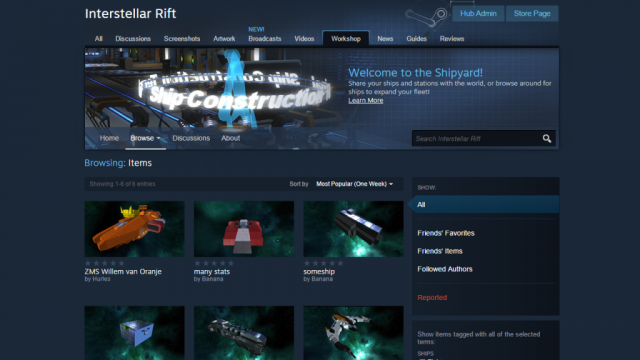 In the options menu of the ship editor you can now find a new menu that will open up the Steam Workshop exporter. Here you are able to set several options for your files and add tags, descriptions and a default screenshot. 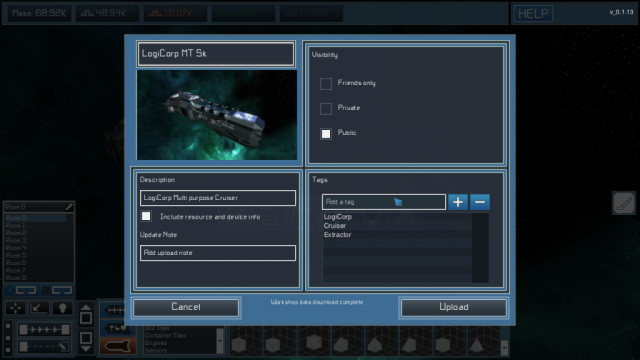 The game will generate some basic information about your ship automatically! 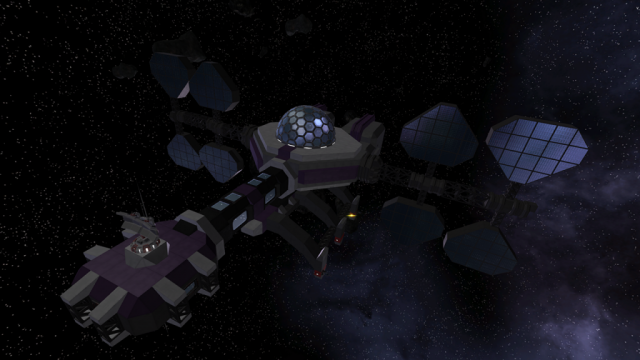 New service depots can be found in space.

When you’ve found the right enemy to target and are done annihilating the enemy ship, the wreckage will now leave scrap behind to salvage, that is if you have a salvager! 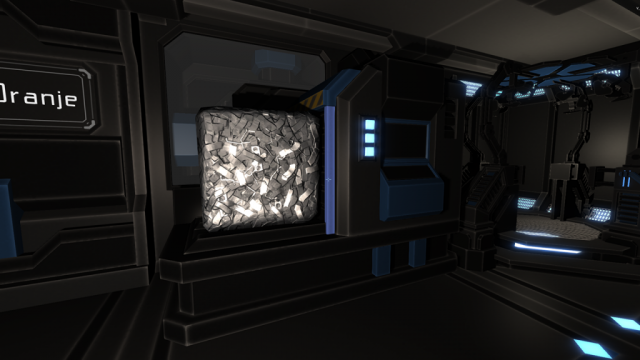 The salvager can retrieve cargo and wreckage from space.

However, not all ships will give the same resources, for example, a ship that was created without silicon and does not have silicon on board will not give any scrap that can be salvaged into silicon. With your salvaging system you will receive scrap from a certain resource, this scrap can be refined into the resource in the refinery. using the salvager you will also be able to reclaim crates that have been ejected from other ships as well as beacons. 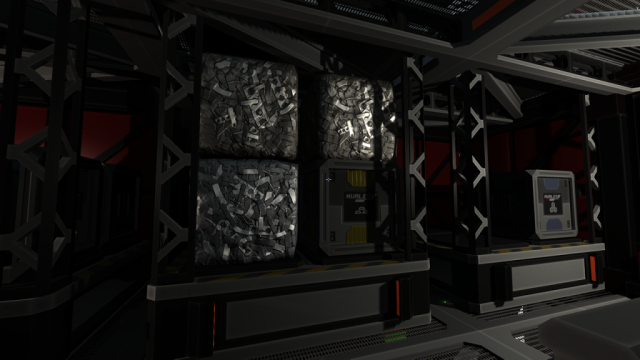 Salvaged metal scraps can be refined into processed materials.

Our friends at HydroPEX have designed a new type of station. The refueling station, this is a station that you can randomly encounter in space and will allow you to buy vast amounts of hydrogen, these stations will also allow you to repair your ship while on your travels! 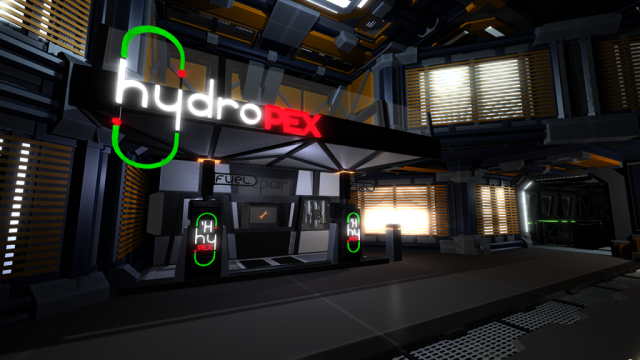 You can repair and refuel your ship at the new HydroPEX service depots.

From all of us at Split Polygon, happy holidays and we look forward to bringing a lot of new content to Interstellar Rift in the new year!

P.S. The next patch will be in three weeks instead of two, due to a holiday break!