As per my last post I've added the system to recruit unique companions. Campmates can now be assigned jobs, but are no longer recruit-able to join your adventures.

As per my last post I've added the system to recruit unique companions. As of right now, I have only one that is recruit-able. Details are as follow:

So companions take up a bed in your base but do not count against your people cap. They do not do any real work (except act as guards I suppose) [see CAMP MATE IMPROVEMENTS BELOW]. They will in the future eat and sleep as campmates do.

I plan on maybe 6 to 8 companions you can find and recruit. Other soon to come companions are as follows:

Campmates can now be assigned jobs, but are no longer recruit-able to join your adventures. Here is the implemented and planned list of jobs:

Jobs can be switched by talking to a campmate and using the new campmate menu. 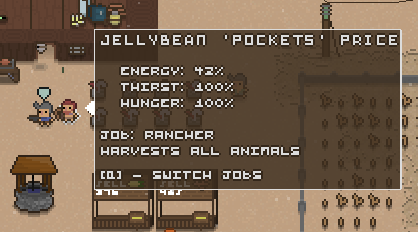 You can call a camp mate to you by right-clicking OR by using a bell to call everyone. The bell wakes people up and stops them from doing their job until you turn it off (old bell used to turn itself off after a period of time). It also spreads your mates out better and displays their job titles (though not always legible :) ). 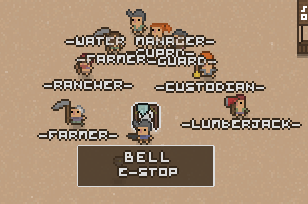 They also have energy and now must sleep when they are tired. They have hunger and thirst but those won't be implemented until later. The sleep system will change too: to be more realistic. Energy will drain doing jobs or slowly by itself at night time. Right now it just slowly drains with no regard to actual work. I'll need to work on balancing the amount of time awake and working versus sleep. 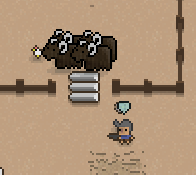