Interested in knowing more about the intricate sound design behind the FPS-TD game Sanctum 2? Well, here's your chance!

The goal with the sound design was to create an immersive world of sounds to accompany the stunning scenery of Sanctum 2. We didn’t want to use standardized sound effects, so every sound is uniquely created for the game.There is a lot of work behind the creation of every individual sound, but we have also spent much time adjusting parameters regarding the placement and behavior of sounds. Being a merge between a Tower Defense and a First Person Shooter, Sanctum 2 was a real challenge to design sound for.The most challenging part was to avoid sound fatigue when the player is surrounded by many different things, such as towers, enemies and up to four characters talking and shooting at the same time. And all this time the soundtrack is playing in the background as well.

To avoid sound fatigue we couldn’t create sound for the towers in the same manner as for the weapons. Instead we had to create a mix between effect sounds and ambient sounds. The towers had to sound great alone but also great together without being overwhelming.To make sure the towers sounded as we wanted them to, we divided the frequency band amongst the towers, so some towers that are bigger have more bass and the smaller towers uses higher treble. Another important aspect to the sounds is the attenuation setting in the game engine. The attenuation controls the behavior of the sounds and it’s a very important tool when it comes to the placement of the towers.The conclusion is that the towers should sound natural regardless where you are on the map and together create an intense symphony of sounds. On the link below you can listen to the Kairos - a tower that shoots out a probe that targets enemies and slows them down, making them easier targets. 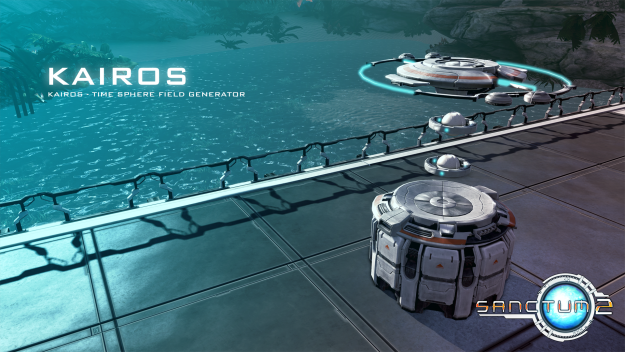 Every weapon sound is crafted and tailored after each specific weapon, because we wanted it to feel like the weapon truly makes the sound. There are many details to the weapon graphics and we wanted the sounds to be equally detailed to complement the graphics and make the weapon feel complete.We also wanted the weapons to sound different from each other and be instantly recognized by others in multiplayer. We feel that players should be able to locate each other with their hearing.One of the more characteristic sounds belongs to the Voltaic Hand Cannon. It sends out an orb of electricity that targets the enemy closest to you. You can listen to the sound it makes on the link below: 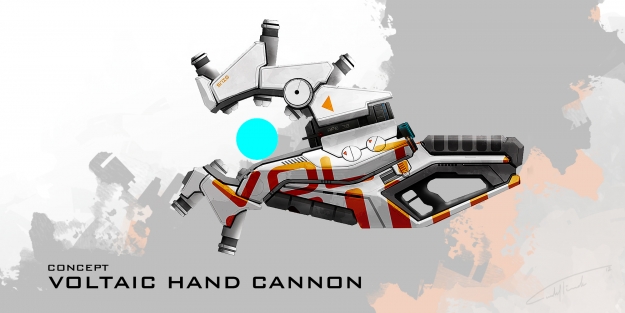 It’s been awesome to work with such talented voice actors. They have made a huge difference to the game experience and their excellent acting truly makes the characters feel real. One of our funniest moments in the project was the recording of the Explorers. Hopefully you will have as much fun listening to all their different quotes, as we had recording and editing them.On the links below you can listen to some examples from the playable characters Skye, Sweet and Haigen.

Apart from the intense action in Sanctum 2 we also wanted the building phase to be more interesting. There are a lot of ambient sounds in Sanctum 2, which hopefully makes the world more immersive and a nice place to be in. You’ll enjoy that serenity before you hit ”Ready” and all hell breaks loose.It’s important to use ambient sounds because it sets the tone of the surroundings. LOEK III is a beautiful place and we wanted the world to sound both harmonic but also a bit dangerous. You can walk around in the world feeling safe but suddenly hear a strange sound that’ll make you stay on edge. There are also tons of Easter eggs for the player to discover, making LOEK III exciting even when there are no enemies around.On this link you can listen to a general ambient sound that can be heard in the early levels in the game.

When there’s enemies around you will not have the time strolling around. Much like the weapon sounds, we wanted the enemies to sound individual and characteristic. There are similarities between the different enemies but we wanted each enemy to have their own personal touch.Our favorite enemy is the Screamer because it was one of the first things that we created sounds for. As you probably have realized we have poured our heart and soul into Sanctum 2, but with the Screamer it almost turned out to be more than that. One of the various sounds it makes when spitting is actually me almost choking from trying to make a sound to match the animation. That’s the devotion you get when you hire Extreme Audio Recording.When creating the sounds for the enemies we didn’t want the sounds to be recognizable animal sounds. Therefore we used several different animal sounds and mashed them together to create a unique blend of sounds.On this final link you can listen to the somewhat disgusting sounds for the Screamer. 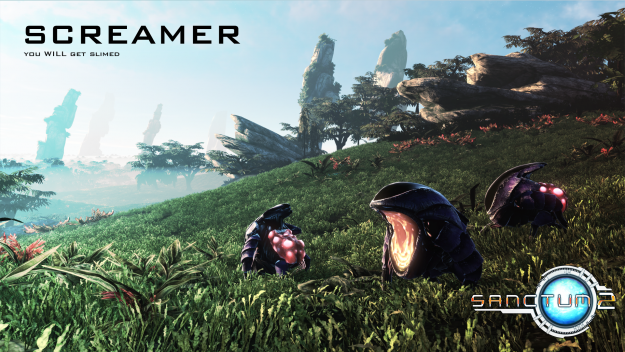 This is so awesome.
Love these audio tracks.
Also great work on the voices. Love Sweet