Comments from a level designer working on the FPS-Tower Defense hybrid game Sanctum 2!

Level design is an enormously important part of Sanctum 2 and also the part that I’ve worked on a lot myself, so I’m really excited to finally tell you guys all about it!


Size matters, but they can be too big

In Sanctum 1, we really wanted the maps to feel epic. However in retrospect, we feel that 20-30 waves per map were a bit too much for a normal playthrough. Maps in Sanctum 2 will have around 10 waves each in normal mode, but the total playtime of Sanctum 2 will still be much higher than Sanctum 1, as it will have way more maps on release day than Sanctum 1 did. Our goal is to keep and expand on the complexity of the level design in Sanctum 1, but make the playthroughs faster and more action-packed. 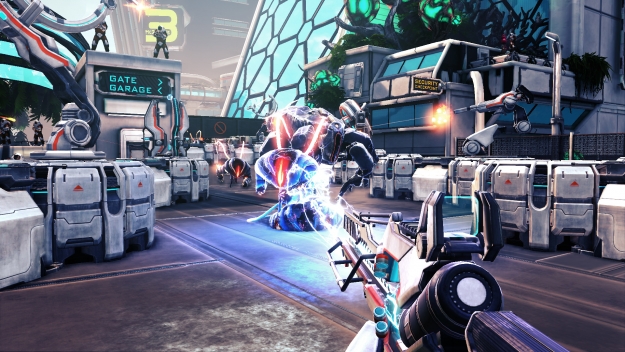 Oh, and since enemies now attack you, we lowered the walls so that you can jump up on them and run through your maze much easier without having to bring up the map to use a televator.

It was clear from the start of Sanctum 2’s development that level design would be incredibly important for the game as a whole. Sadly you won’t be able to see all the maps before the game is released, but we have invested much more resources in the level design of Sanctum 2 compared to Sanctum 1. We want every map to have a nearly infinite amount of different maze layout possibilities, so that you’ll always be looking for ways to optimize your strategy. Furthermore, Sanctum 2 will have 16 different maps on launch, compared to Sanctum 1 which only had 3 maps on launch. This will give Sanctum 2 an incredibly higher replayability value at day one compared to its predecessor! 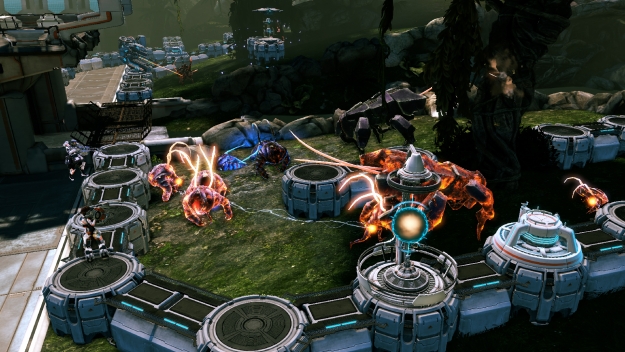 Finally, one important thing to note about the maps in Sanctum 2 is that they will feel more alive than in Sanctum 1. One of my favorite maps is one at the start where the enemies come from one side during the first few waves, but then a door on the other side of the map is blast up and enemies start pouring out from that side too. This kind of changing maps and spawn points keeps players constantly on their feet, having to change their strategy and adapt to whatever the situation calls for.That’s all for today, thanks for reading and see you next time!

Sounds like some great features! Keep em coming! Will there be a cooperative mode in 2?

Why wouldn't there be? There was one in 1

Yep, we recieved awesome feedback on the co-op mode in Sanctum 1, so Sanctum 2 will of course have 4-player co-op on day 1 =)

Awesome! Co-op makes my day.
I never played Sanctum 1, but now I'm going to try it out.
I didn't realize it had cooperative gameplay

How do you go about creating a map lay-out from scratch for this type of game-play? Is there a set of level design theories or practices that your team follows to ensure that levels are interesting and play well? Also, how do elevation shifts affect game-play in the case of a FPS tower defense game?

I am also a level designer and would love to learn as much as possible for designing levels for a unique game-type.

Dumb question, if you want a long, epic feel, why not have a longer mode available? Defence Grid was really good about alternate ways to play the maps. (My favourite was one where it was lots of waves of just walkers) It might be something to think about.

There is an endless mode in Sanctum 2 :)

Hi, I've been a huge fan of Sanctum 2 every since I started playing it a few months back. I've been really fascinated by Sanctum 2's design as it has been one of the most fun game experiences I had in recent times. So I started working on a First Person Shooter tower defense template for Unreal Engine 4. I've finished implementing all the core gameplay stuff, but I just had some doubts regarding the grid system. I know that you cannot reveal trade secrets. But just in case you're willing to do so, could you tell me if you guys are using some sort of grid manager to place tiles on the level or just doing line traces on the specialized floor actors to come up with the grid data?