Since porting Rotion to C++ (+Linux), it's been without a level editor. Until now!

It's been a while since I made a news post. I've been quite busy graduating and finding a job!

Some of you may remember that when I first started working on Rotion, it contained a simple level editor for laying out shapes. After porting the game to C++/SFML, the editor was one of the features that didn't get carried over - so I've recently started work on the new one. The controls are similar but this time there's a full side menu available too.

Here's a quick run through some of the features:


It's still fairly basic; adding scripting isn't possible inside the editor, and you can't add things like containers and shape AI yet.

They can of course still be added manually. I'm still trying to think of ways to implement them ingame though. Perhaps a mode for adding/changing containers, a bunch of menu buttons for AI, and scripting through the console? We'll see.

One useful aspect of the editor is the ability to load any existing level. This is great for changing small things and checking for bugs: 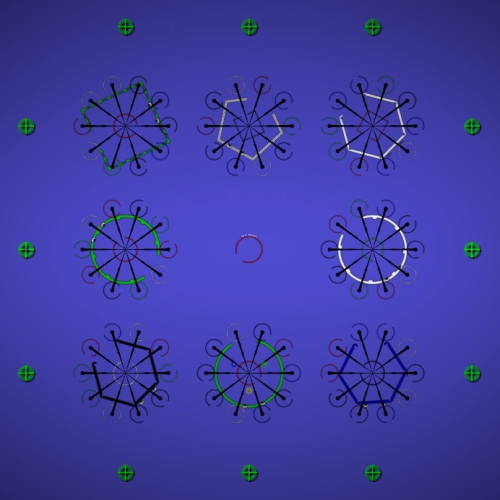 I'm hoping it'll speed up level prototyping for me. The editor will be updated on Desura (Windows & Linux alpha) after some testing & experimentation.