I'm back for another development blog, and this will probably be the last because at this point in development, I'd just be giving everything away, spoiling things. So I decided to make this my last blog.

I'm back for another development blog, and this will probably be the last because at this point in development, I'd just be giving everything away, spoiling things. So I decided to make this my last blog.

The further I get from the last development blog, the harder it gets to remember what I've done that I haven't mentioned in the last blog. I'm having to look back to the last blog! It doesn't help that I have a cold and I'm sneezing every 5 seconds!

To get the boring stuff out of the way, I've now done stepping sounds, when the character walks, the sounds plays, the sound differ depending on the surface the player walks on.

Here are some screenshots of the game I've taken thus far: 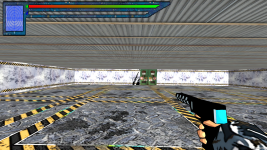 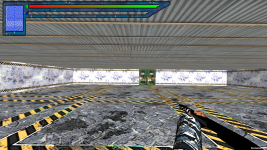 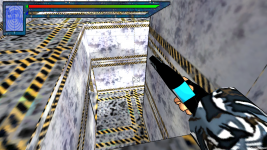 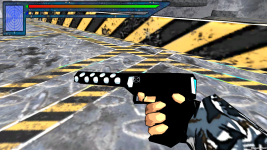 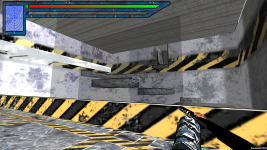 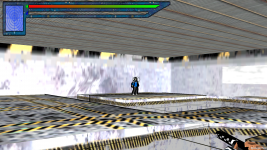 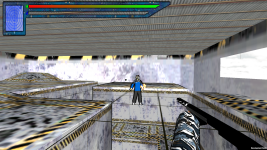 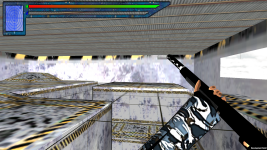 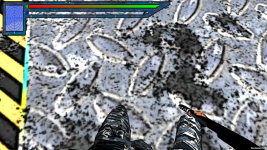 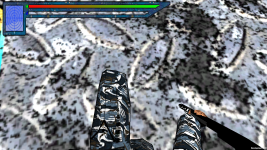 I had also made the bullet/clip count on the bottom right, but I added them after the above screenshots have been taken.

Not sure if I had told youse this, but I've been learning a little Japanese in my spare time lately, and I thought it'd be cool to translate the game to Japanese, as well the 4 other languages the game is going to be in (English and Scots included), I found out that it's possible through using "Phonetic Typing" on Google Translate, which translate Romanji into Japanese, very handy especially since I don't have a Japanese keyboard and since the Japanese layout does nothing when you switch to it.

I decided to do a Japanese logo for the game:

If you guys have been following me for a while, you'd have noticed that I keep going on about classes, I'll show you 3 of the 5 available: 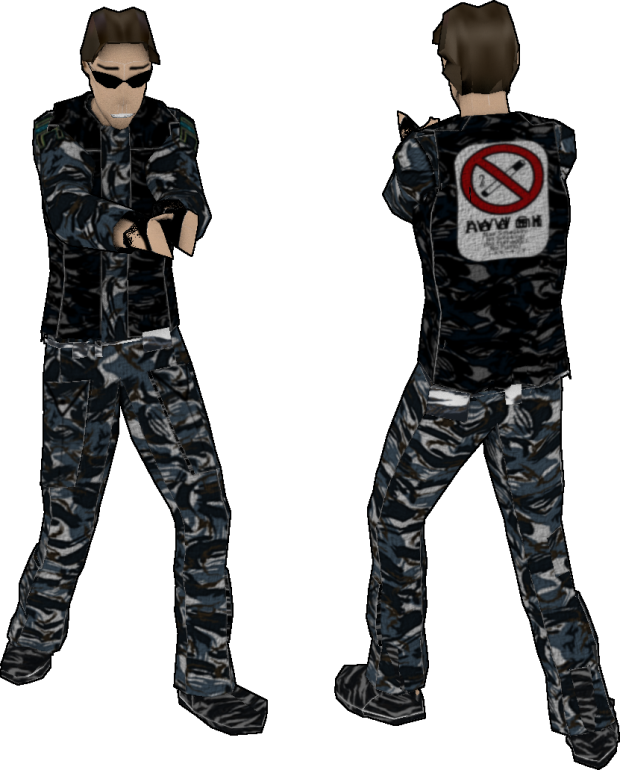 Next, we have the Arc Ross class: 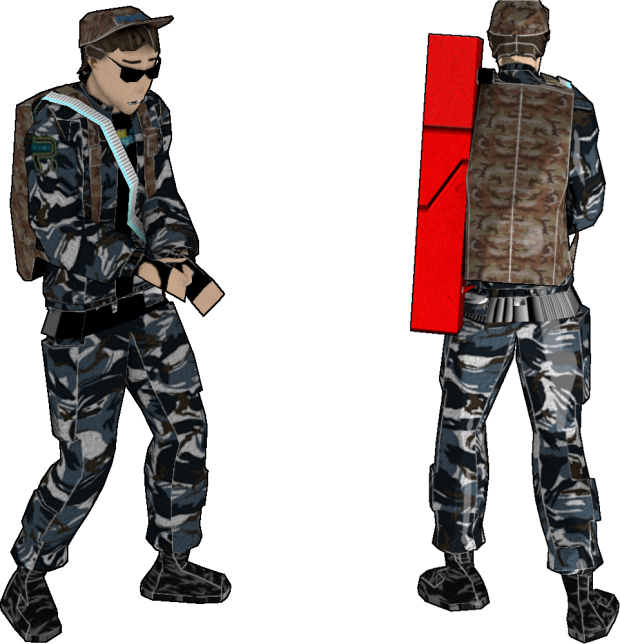 Finally, we have the Crystal Ross class: 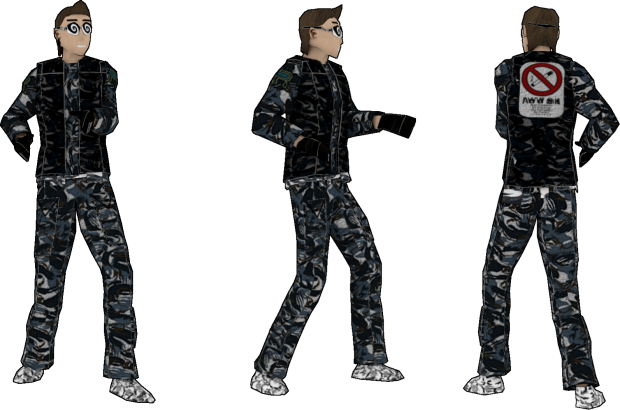 So there you have it, I'm hoping to make a website soon and go into even more detail about these characters.

That's basically what I've done in the past week, I'll reveal the rest of the classes on an official website of sorts, if I learn flash, or something, although I'm scared learning Flash would push another language out, I hope not! I'm probably being paranoid, after all, I've gotten this far without forgetting anything... what was I talking about?

What's with the seams on your UV maps? Push up edge padding , so you don't get those lines where the uvs are. It also seems like you cut a bit more than needed (e.g. shoes/vest)

I just did "Smart UV Project" to quickly make the UVs for the models above, to show what they might eventually look like, I plan to make proper UVs later on.

It seems no matter what I do, I can't get rid of the lines, not a huge problem, though, they only appear when I render them on Blender, I never see them in unity.

Also, how do I "push up the UV padding"?

Nevermind, I sorted it, the lines are now gone, and I cleaned up the UVs a bit.