I've been shading all the player and enemy sprites! 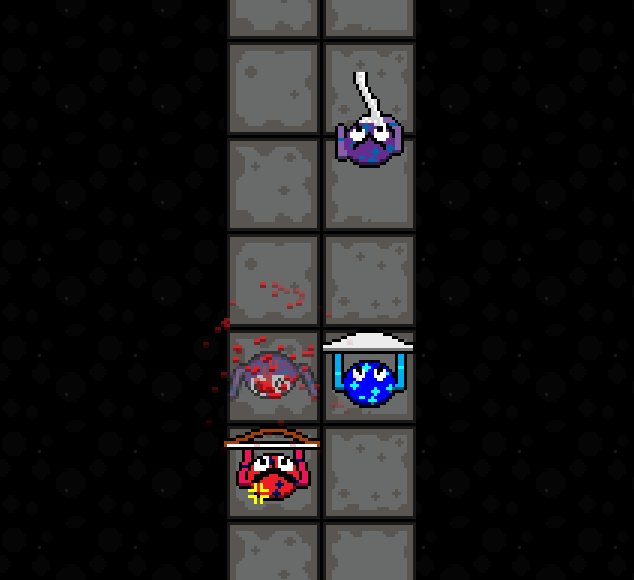 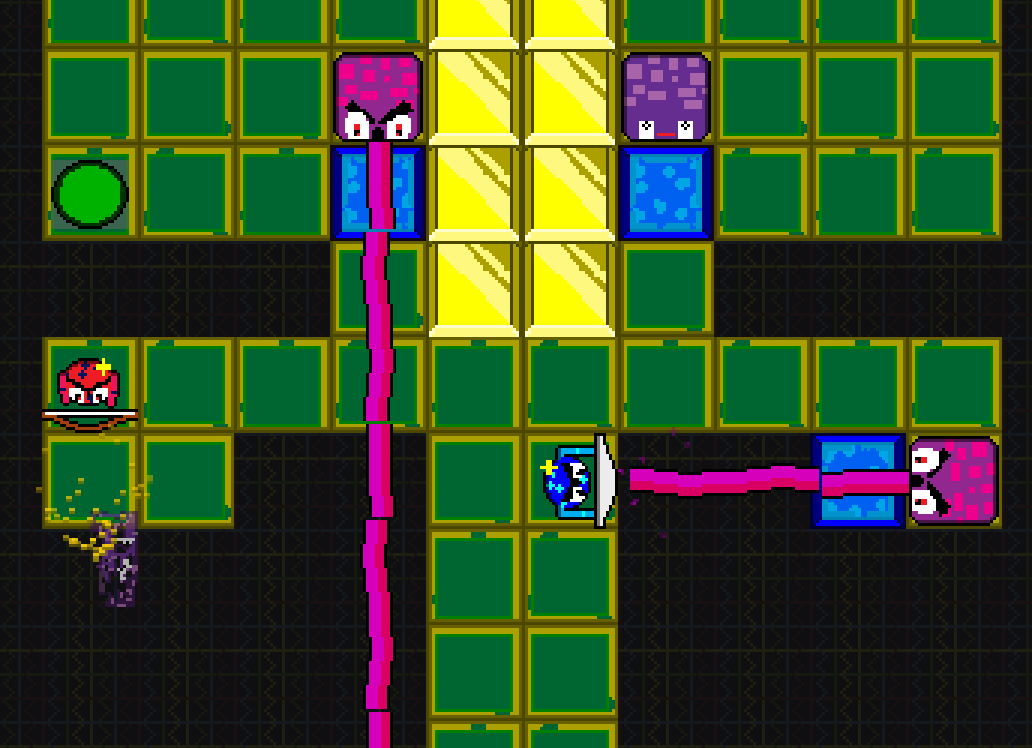 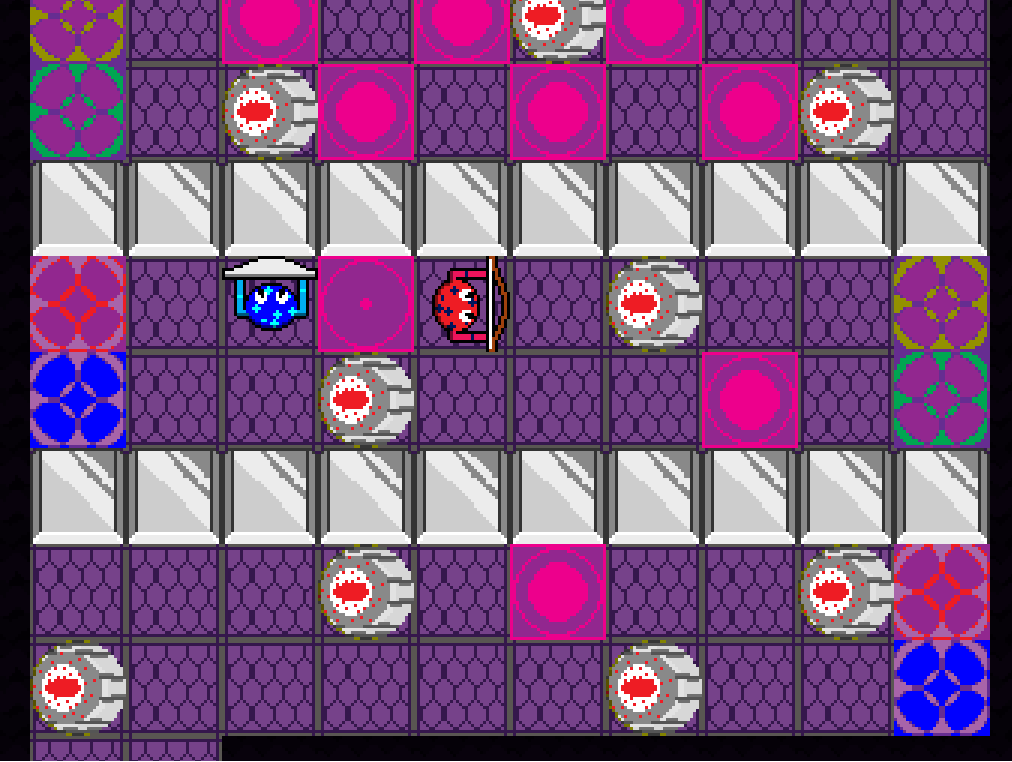 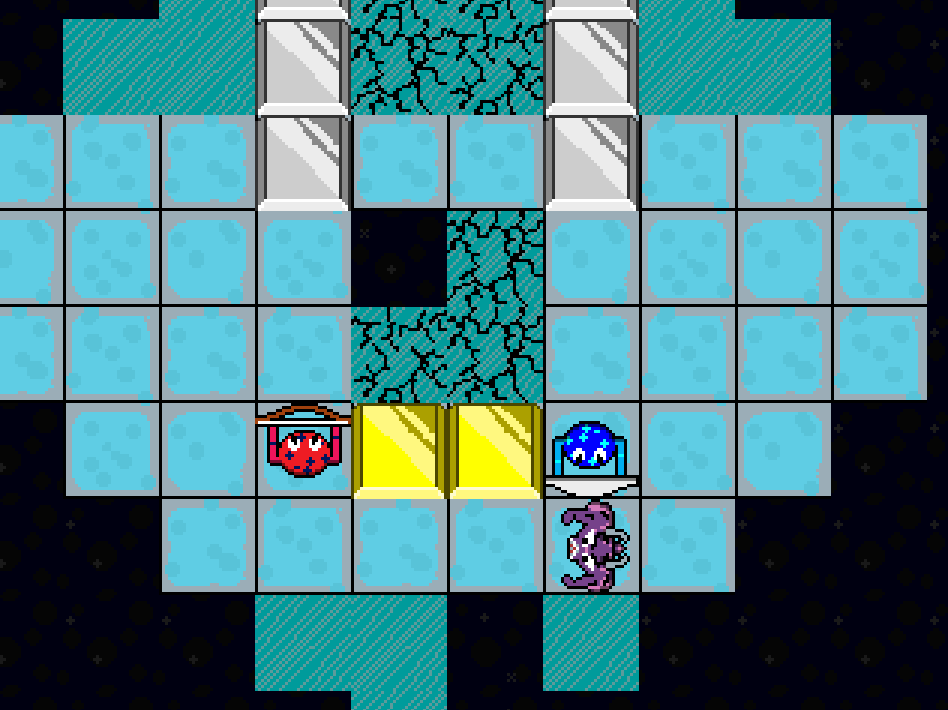 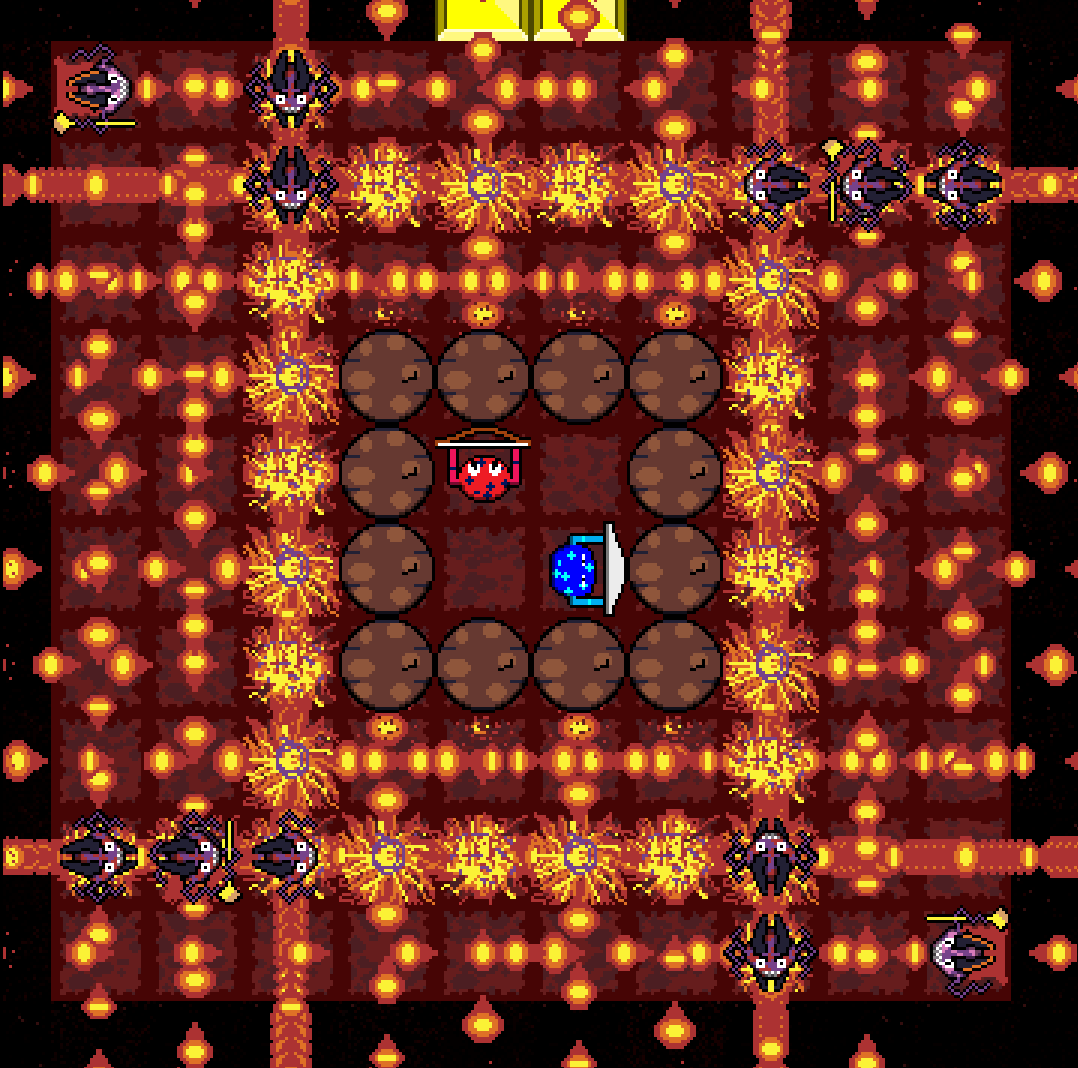 I'll have to make a gif soon to show it off a bit better.

Also, I have been going through and shading the cut scenes.

The bug that never dies (players getting stuck on each other) has risen its ugly head once again!

Geez... It seems no matter what I do, there seem to be some cases where they get stuck.

However, I think I have it fixed now, tho that is what I thought the last two times as well! xD

Other then these graphical updates and bug fixes, I have decided to put a new system in the game!

When you finish each world, you will get a ranking, S A B C D F

Roopit and Boopit will react according to how high (or low) you rank!

The rank will be determined by how long you take to finish the world, however, there won't be a visible clock or indicator of how well you're doing while your playing. The reason for this is that I only want the ranking to be something to beat in the second playthrough of that world, I don't want players to feel "on the clock" the first time they play.

If you would like to check out the game, here is a link -

I hope you all are having an ok time with all that's going on.

I would love if you could play Roopit and Boopit and provide feedback, I'm happy to play your game as well! :)