A bug when rendering glass has been fixed. This fix allows for support when playing with an integrated GPU.

Before 9/3/15, at about 6:30 PM, a bug concerning the rendering of glass afflicted running the game with an integrated graphics processing unit. Attempts to run "Tessellation Desolation" with an integrated GPU before this update would give a run-time error causing the application to close. 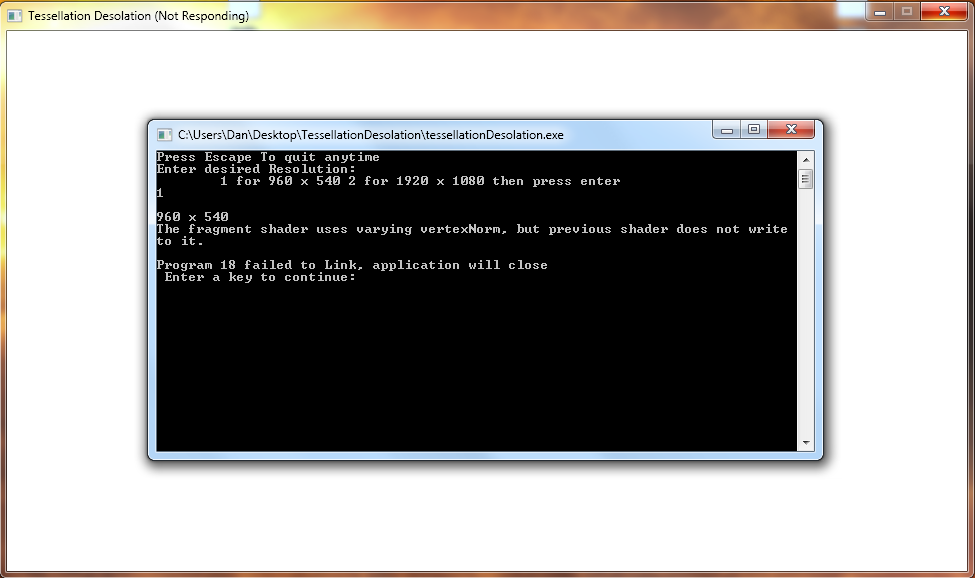 This error is based on a discrepancy between how rendering is implemented and handled on an integrated GPU versus a dedicated GPU. In particular, it seems a dedicated graphics card's implementation of the rendering specification handled this error with discretion by providing an immediate solution at run-time. An integrated graphics processing unit, specifically Intel based ones, did not have an implementation to handle this problem without throwing an error. With this recent fix support has been added for integrated GPU based rendering.

This problem was an affliction brought on by the rendering process setup for glass shading. The vanilla glass effect looked okay, but it was far off from what was originally intended for the display of objects representing glass. 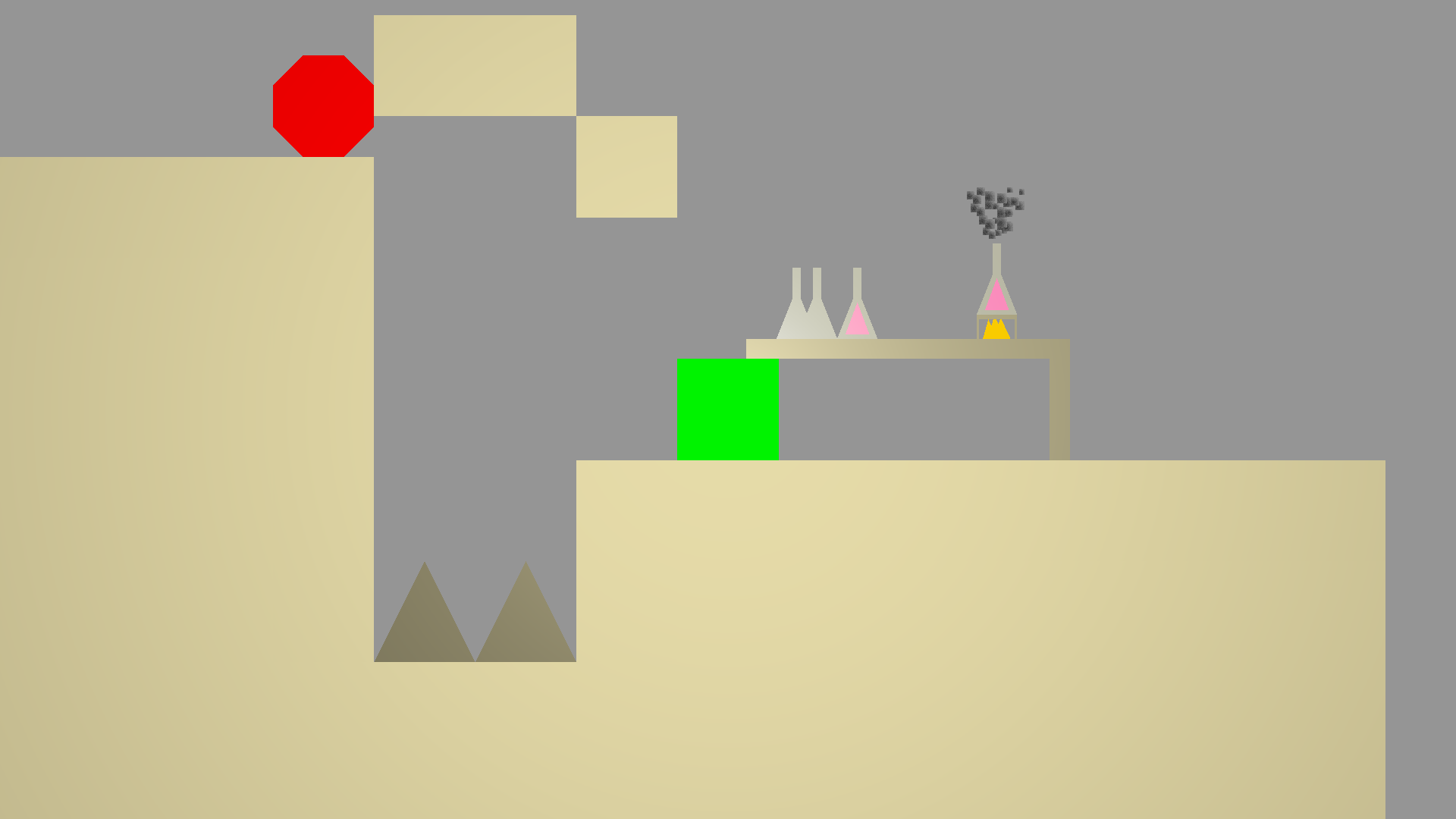 The Erlenmeyer flasks above had part of the effect right, but appeared more solid and less shiny than they should have been. As seen from the console window -- information regarding the crash when using an integrated GPU -- there had been a linking error between some shading sources. When delving into this problem it was in fact revealed that the glass rendering procedure had one incorrect shading source linked with it. Once fixed, the conceptual design intended for glass was finally displayed in these flasks. 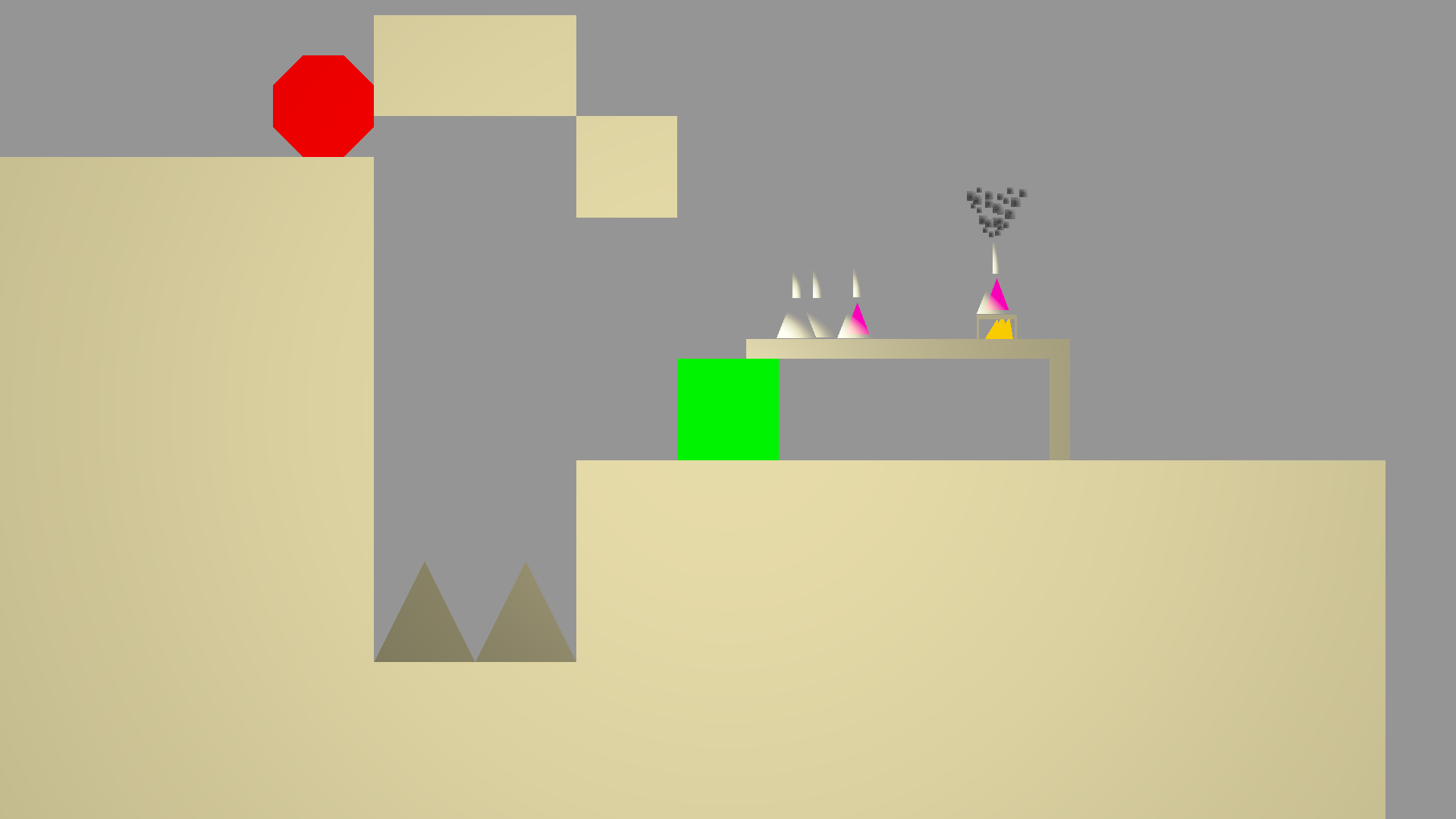 The glass now has a strong transparency as well as reflected highlights. The opacity is stronger than it should be to represent even the cleanest of glass. However, having this work will help produce a better portrayal of glass in the final game.

The new build has a slightly different folder name to distinguish it from the original release. The new zip file has an appended 2.01 in its name. The updated build has replaced the previous one, and is located at the same download page as the original: Indiedb.com