Keeping in line with RoboPass tradition (Can it be classified as a tradition on the second occasion?) we are first revealing the new spawn effects which are part of Robopass. Earlier today we revealed the Warp in spawn effect.

An early prototype of the modern E14-designed deployment warp, which transports large objects by directed energy beam; early designs had much longer range, but targetting required the use of local warp beacons to calibrate the warp properly and prevent robots from warping into solid objects and being instantly crushed.

Next. We’re happy to announce the return of Loot Crates! 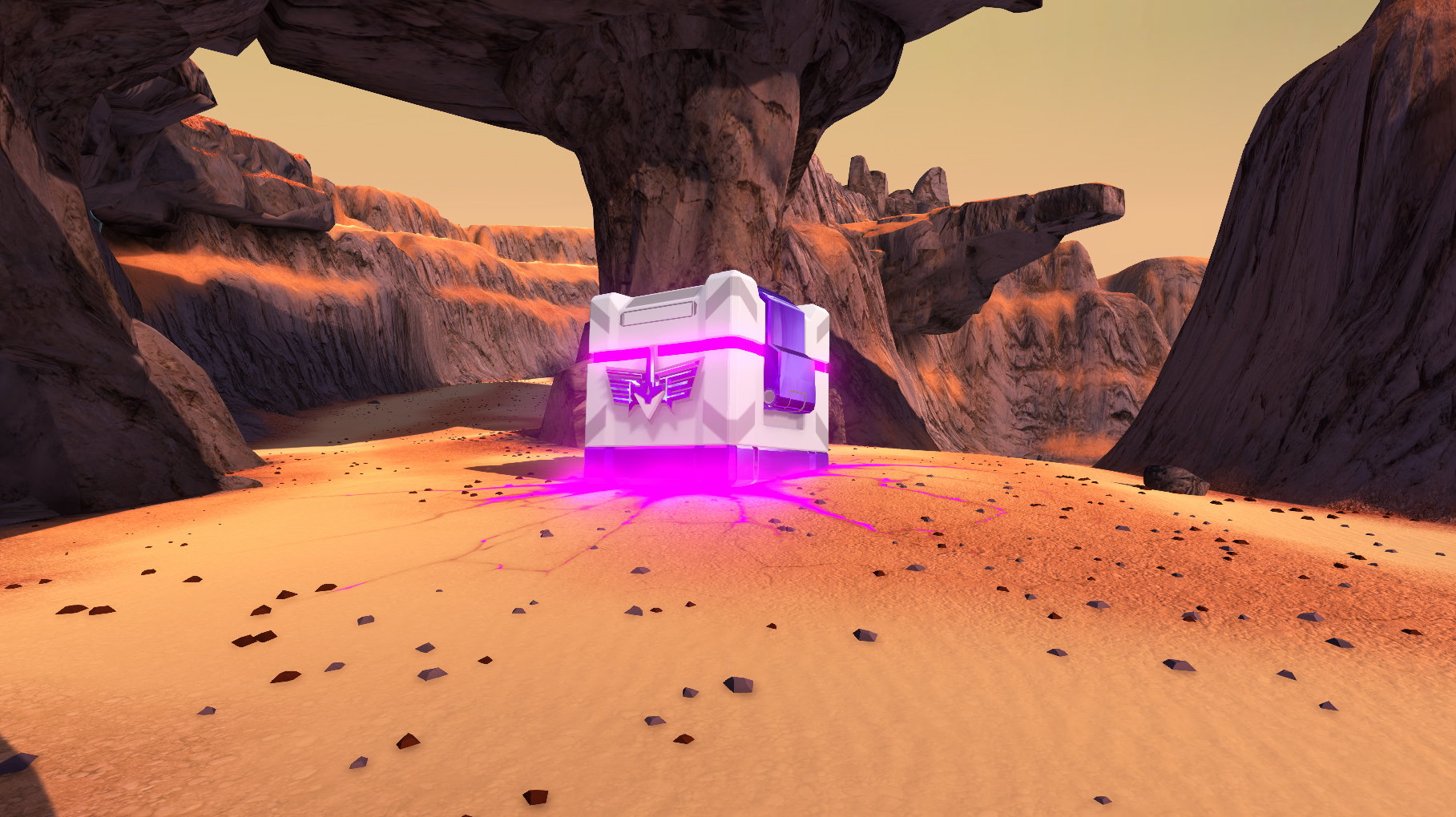 Just kidding! We dug up one of the old unloved crates we buried behind the office when we scrapped them last year. We then converted it into a transporter device which will deliver your robots into battle in style!

There is just one more spawn effect to unlock which we’ll reveal in just a few days! It is part of a pack so it felt wrong to separate them!

Until then; Build, Drive, Fight
ReelBigKris

Note from ReelBigKris on YouTube premiere: Earlier today we revealed the Warp In effect via YouTube as a live premiere. While we did mention this would have just one item to reveal, maybe it was a bit too extravagant. Players expected much more! While we’ll still be revealing short new videos at 17:00 several days throughout the next week they will NOT be revealed via YouTube premiere. Sorry to those that were expecting more, it was an experiment and on this occasion it did not work. Any YouTube live premieres planned for the future will be significantly much more substantial!