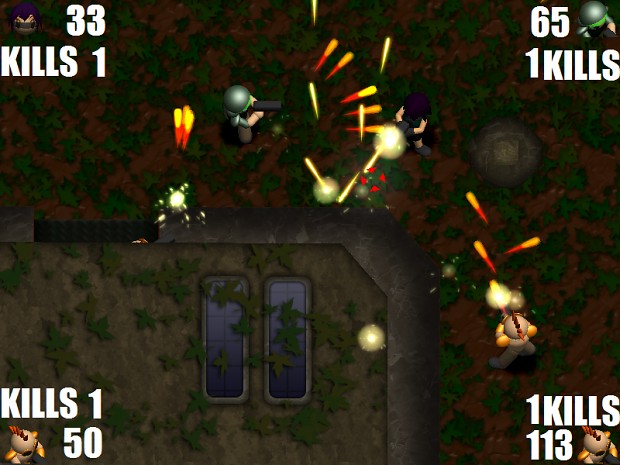 Player still has same projectile colors (Green - Pistol, Red Shotgun, Blue - Sub Machine Gun, Yellow - Heavy Machine Gun.) but effects are more bright and saturated.
Enemies however, no longer have this color scheme. Instead they have there own unique graphic (Red with Yellow tip) which is used for all enemy projectiles no matter what weapon they have equipped. This is to help player distinguish between safe and dangerous projectile when there are many bullets flying in one particular area. 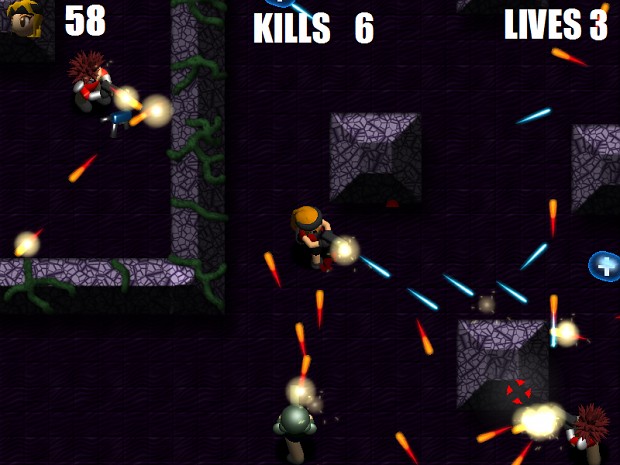 Arcade is now the new main mode of Ricochet. Unlike Deathmatch and Endurance where you can select your own stage, arcade mode you play through all 7 stages in a predetermined order, with the 7 stage being a Champion (Boss) fight. Number of opponents, enemy difficulty, accessible weapons and items, and number of kills vary per stage but generally increase per stage. However you have 3 Lives in every stage. Loosing all 3 lives will restart the stage from the beginning. Also unlike Deathmatch enemies do not collect health and weapons 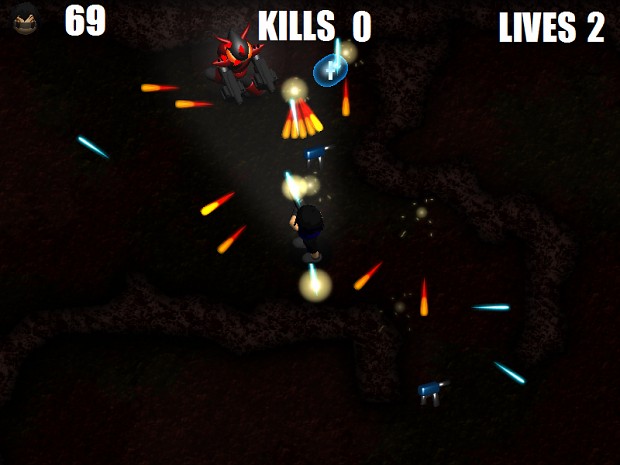 After blasting through 6 stages of persistent and challenging arena fighters, you find your self facing your final opponent, , and your last obstacle to be the new champion of Ricochet Arena. As the uncontested master of the arena, he has easily defeated hundreds of contestants. Equipped with heavy armor, twin shrapnel launchers, incredible speed, and the ability to teleport, he is your toughest opponent, and if your not careful the last enemy you will ever see. Deep within a dark cave he will challenge you to a one on one duel. Will you accept?

The Champion is essentially a beefed up Bot, Moves faster, A lot more hp, Much farther range, only uses the shotgun, and will teleport to a spawn point every 10 seconds. Pretty epic 1 VS 1 Duel.

Also new is the ability to lock on to an opponent with your right mouse button when cursor is over an enemy. This will allow you to track his movements automatically. Useful but remember this game is about bouncing your shots off walls to hit opponents so direct fire can only get you so far!

Last but not least, I set up a facebook page for those who want to show support Ricochet Arena.
Facebook.com