Details on the latest patch releases and the create-your-own-minions mode which is currently in beta testing.

Black Closet has been available on the Hanako Games website for about two months now. If you haven't jumped on board yet, some review articles that might interest you:

"Black Closet offers the fantasy of being a police chief, with tension derived from choices that matter mechanically and narratively." - RockPaperShotgun

" I can only imagine the reaction of a school girl when two members of the student council show up at her room with a riding crop, a pair of high heels, some candy, and a small animal decoy." - techzwn

"Ultimately, the school’s fate is in the hands of six students. I mean, no pressure right?" - TheMarySue

"There are games that get into what it means to be in a position of power. Democracy 3 has you leading a country. Hanako's previous title, Long Live the Queen, tasks players with keeping a young monarch alive. But it's rare to see one handle the issue of corruption, and why someone might turn to it. After making clear the severity of the situation, Black Closet gives people the chance to see how easy it is to succumb to such temptations." - SyFyGames

Ah, but enough with the pull quotes! What else have we been up to?

We continue to push out new patches. Most of what's come out lately is minor feature tweaks and balance adjustments, for example: 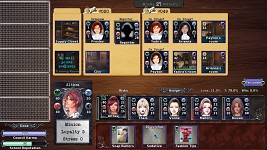 little bits of color-coding to help the different probability results stand out from each other, or graying-out to help make it clear which text is old and which is new when undertaking actions that require multiple rolls. Covertly searching a girl's room, for example, first requires a Stealth roll to see if you did it without being caught, and then an Observation roll to see if you found anything. In the latest version, the text resulting from the Stealth check will gray out when the Observation roll is made, to make it more immediately obvious where the new text begins. (Something we saw while watching Let's Players.)

Somewhat more noticeably, we've now added a new difficulty level, "Teacher's Pet" mode, where you face fewer cases per week. This is quite handy for people who're struggling to get a grip on case management.

As always, patches are free to registered owners. You only need your license key to download updates from within the game.

Bigger content changes are currently in beta-testing (instructions available on the forums). Along with the normal storyline campaign, we are finally adding the Custom Campaign Mode, where you can create your own minions and play through a randomly-generated series of cases without being bogged down by traitors and the main plotline. 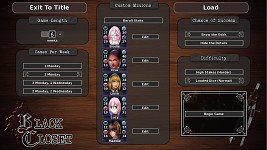 When starting up a custom campaign, you'll be able to set the length, difficulty, and number of cases (more options to come) as well as create your own set of characters to solve mysteries with, either using the randomly-generated graphics from the game or loading images off your hard drive. 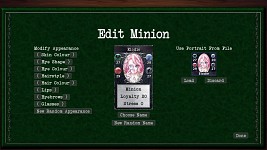 So, yes, you can make all the characters from your favorite anime or whatever join forces to fight crime.

More information on custom mode to come as it progresses through testing!