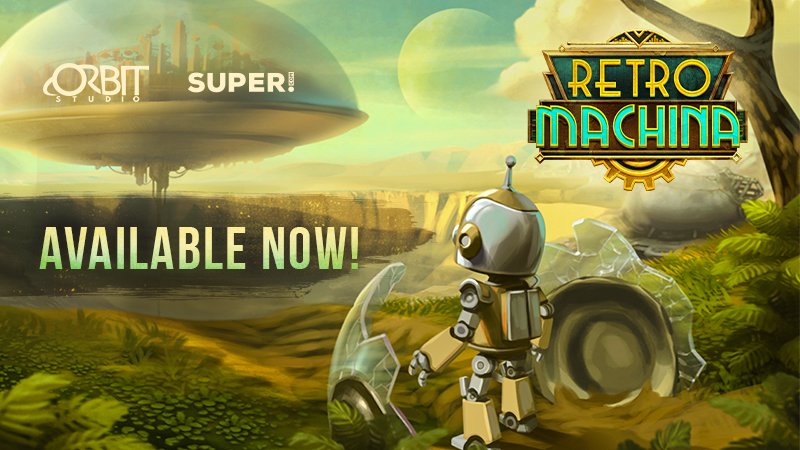 #@$(^*$%), fellow robots!
Open the gates of Endeavor and plunge into the mind-blowing retro-futuristic world of robots!

The day has come!
After a long renovation work, Endeavor is ready to finally open its gates and let you explore its wondrous world. 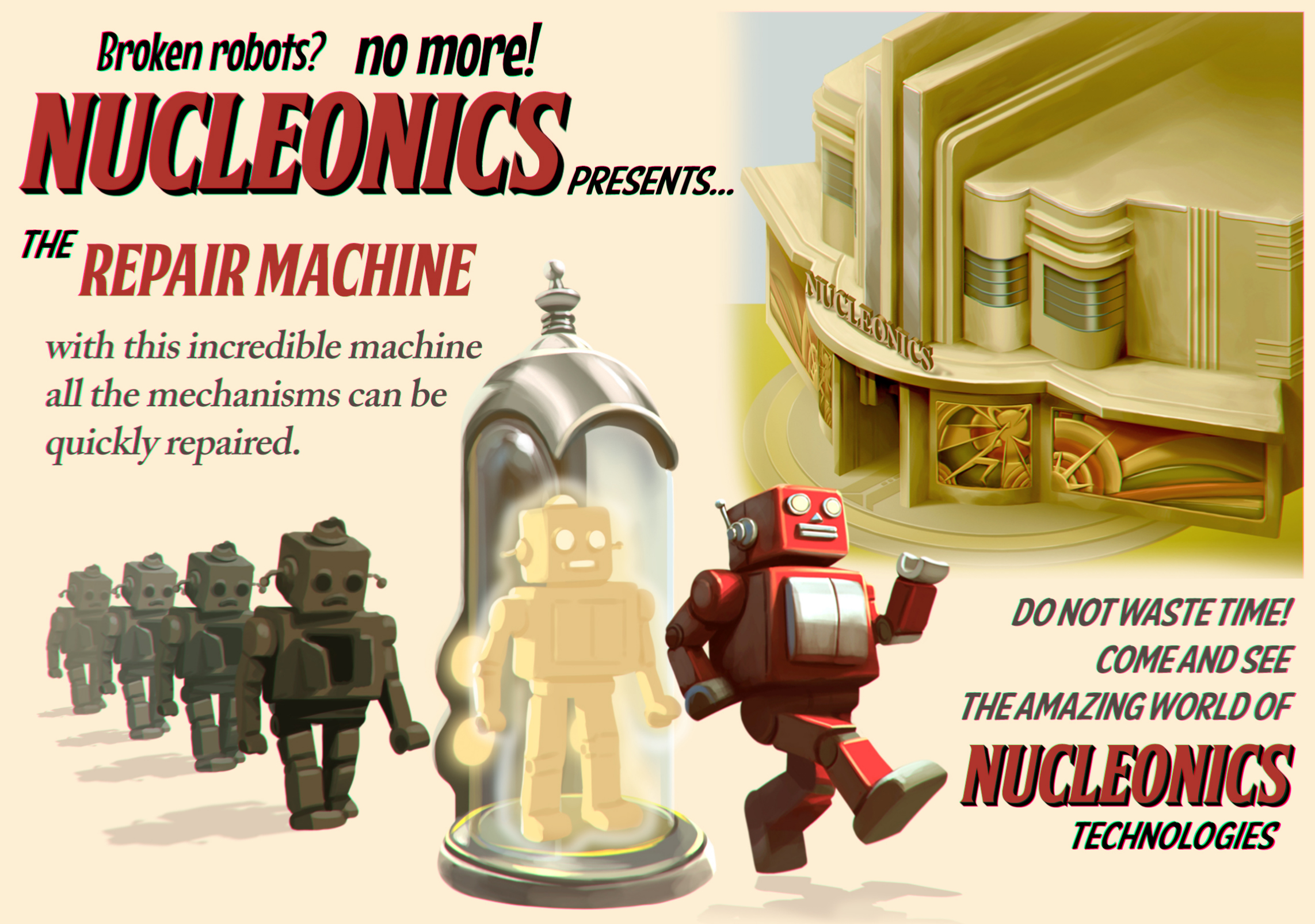 What follows are a few sentences about what inspired us and what challenges we faced.

We’ve always been big fans of science fiction stories, passionate about the works of Isaac Asimov, Arthur C. Clarke, Philip K. Dick, films like Forbidden Planet, Metropolis, and the genius of futurologist Jacque Fresco. In Retro Machina we had the opportunity to pay homage to these works that we love so much by creating a universe inspired by several elements present in these great fiction classics. Retrofuturism is present in all aspects of the game, both in the design of characters and scenarios, as well as in the narrative and aesthetics of visual elements such as interfaces, maps, and tutorials.

Since the pre-production of the game, we had in mind that the narrative would be one of the most important points and part of it should be told through the elements of the scenarios. That's why we chose to create a game with an isometric look, with highly detailed graphics in high resolution, which simulates a 3D environment. This choice was a great challenge since most games of this genre opt for a Top-Down view in pixel art that is much simpler in development but makes it difficult to see some elements because the camera is directly above the characters and the absence of details because it is pixel art. We had to solve several problems such as blind spots, bad angles, scene composition, the connection between maps, among others. There are few games in 2D isometric view with a focus on scenario exploration, we believe that we have managed to innovate in this aspect and we have done a good job.

We sincerely hope that our efforts will pay off, and you guys fully enjoy the gameplay of Retro Machina.

As always, we welcome any and all feedback, so please do let us know what you think about our game.

That’s it, fellow robots. We’re monitoring incoming questions all day'n'night long with our fatigued, red eyes (and that, for once, isn’t a joke).

For more on Retro Machina, follow the game on social media on the following channels.