In which combat sounds for the new enemy continue to see work; ambient sounds are added to level four; "blood-particles" are offset in their position; and the "hit-location" of vertical attacks is improved.

This week's screenshot shows a minor touch-up in the positioning of "blood-particles" in combat: 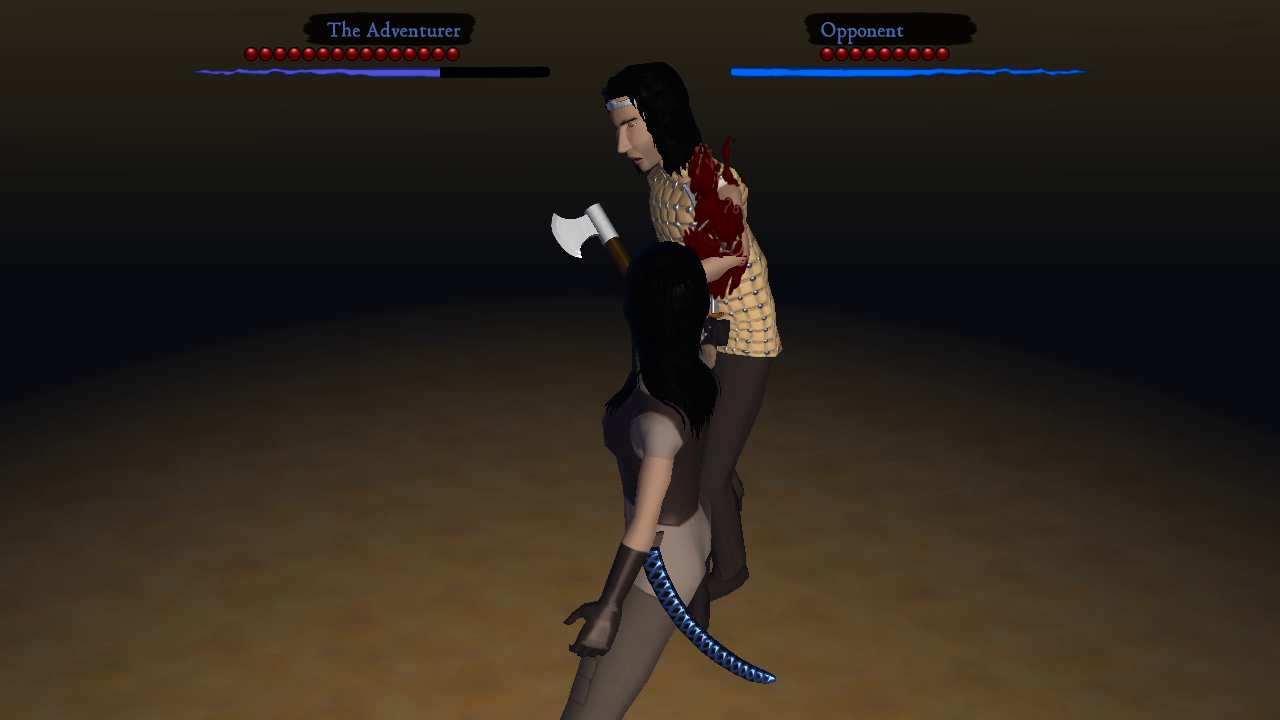 Between my Easter holiday starting on Friday and a lack of sleep through the week overall, the week just past was effectively a bit of a short one for me. Still, some things did get done:

Perhaps the majority of the work done in the week just past was in the implementation of various pieces of audio.

To start with, I continued work on the combat sounds for the new enemy. Some of this was the reworking of extant sounds--metallic parry-sounds are proving tricky, for one. And some of it was the addition of new sounds--in particular, I think that I have most of the character's "death" sound in place.

Outside of combat, I worked on the ambient sounds of the city in which level four takes place. Since level four is set in Tenereth as with level two, I was able to re-use various pieces of audio from level two's city-ambience, with only a few other elements added. This new ambience isn't just a copy of that other one, however: it's re-built to be rather longer, a bit more varied, and a little different in its focus.

Moving away from audio, but back to combat, in the week just past I made an adjustment to the placement of "blood-particles" in the combat mechanic.

As I had it previously, these particles were spawned relative to their parent-character's origin. For some characters, this was fine. But with the new enemy it became clear that it didn't quite work with all: Specifically, a hit from a vertical attack would in some cases result in the particles being spawned too far back, appearing behind the character.

So I've added a simple offset, allowing me to specify that for a given character these "blood-particles" are to be generated a little further forward (or back, should it be called for).

In addition, I've also made a minor change to the impact-position reported for vertical attacks; it should now, I believe, be more accurate when animations move the character away from their origin.