After a long delay, a new report is here, this time to talk about improvements in the environment.

It really has been a while since the last report.

Initially I was thinking in releasing a report as soon the update becomes available, like has been usual, however there are still a handful of things left to be done.

However, I feel it has been quite a while since the last report, and I´m sure most of you are interested to see more details of the next update even if it is not fully ready. I'm not sure how much more time the next update will require to be complete, but I don´t want to make you wait much longer for the latest news.

Then occurred me, why not showing bits of the next update? In a way I feel that I have developed a bad habit in the way I presented the latest information with the reports. Now looking back, the size of the reports grew in each iteration and before I noticed they had become too overwhelming for me.

They were fun to make but they required too much time to have all the information and assets ready. So with this update I want reboot everything and start small again. The next reports may eventually start to grow, but hopefully I'll be able find the right size to deliver interesting information at a good pace.

As I said before a new update is coming soon, it is a big update and packs a lot of changes overall, one of them is the improved environment. Not much has been changed in the code besides expanding some functions, this improved environment is the result of giving more care and time to each individual level.

I´ll show you the result, but first, let me remind you the first mission from HT as it is available now: 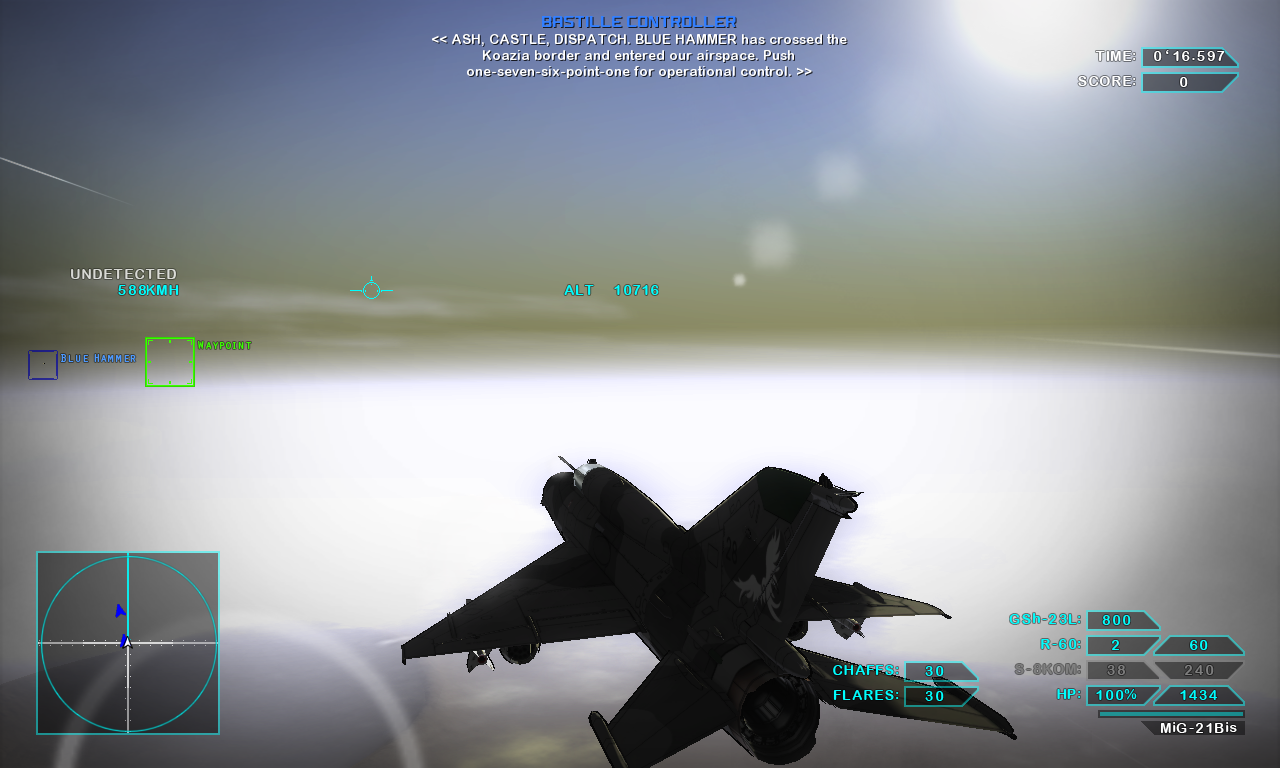 And now with the update: 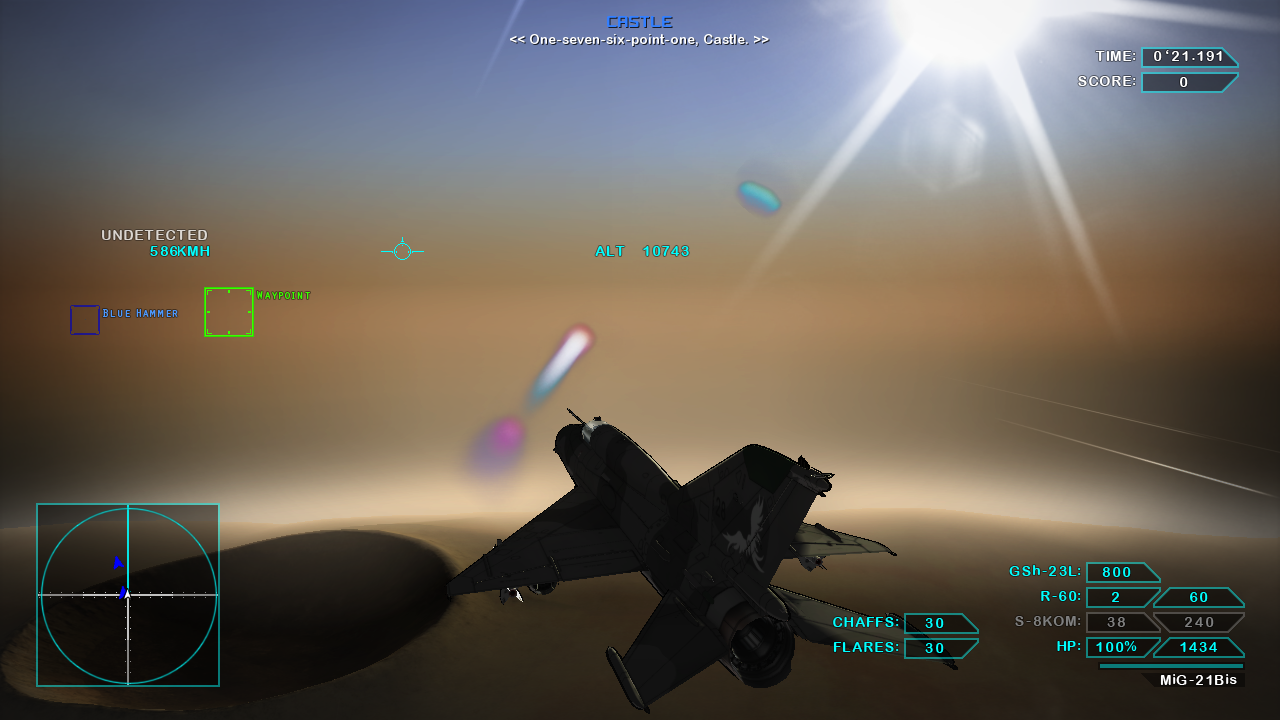 These changes will be applied to all campaign missions and some challenges. What it adds is a bunch of additional parameters and allows them to be tweaked in the mission files, they can be changed in the map files as well, but the goal is for the mission designer make is own custom environment without having to make a duplicate map.

This is all I want to show for now, I have a lot more to talk about, but I hoe this way I can make reports more frequently.

What's that washed out effect in front of MiG-21?

A badly aligned Lens flare. It has been corrected since that screenshot.

"Dead" as in old bugs will probably never be fixed and some non F-22 half-done planes will never be updated, maybe yes.

I do like the maps to be a bit less foggy, what are those weird "rainbow colored.....trails" there, was it suppose to the the lens flair?

Yes it is a lens flare, I'm still making some tests to add more variety.

That sickly yellow on the horizon is gone but now it's hard to tell where the sky ends and the ground begins.

Unless that's supposed to be a huge sandstorm.

The sky looks a little bit uglier but being able to distinguish missile trails from the cloud cover is something that I definitely look forward to.

While on the subject, will we be seeing more different kinds of atmospherics like in the dust storm mission in HT?

Isn't weather effects like sandstorm/rain currently still locked to the terrain/map itself BTW?

What about urban objects/structures like skyscrapers, bridges, etc. which some of those can glow during the night? Will they be in the update, too ?

While it is uncertain as to whether cities will be in an update soon, rest assured that they can most definitely glow depending on how their implemented.

If they were just ground objects like the hangars you bomb every now and then, the buildings could just have a glowmap mapped on to them, as they work in roughly the same way as planes as far as skins are concerned.