Because the F-117 is not the only polygonal aircraft flying these skies.

This report contains the changes of the 0.2240 update.

First, before moving on to the main dish, during these last updates the mission editor has been developed in parallel , but now it reached a point It can be safely be announced that it will be released in the end of the next week.
So look up for that.

Now onto the Lampyridae (also known as Firefly).
Some of you may not be aware of this aircraft; it was developed at the same time as the F-117 and followed the same principles of faceted faces to reflect away the radar waves.

Starting with the first version of the Lampyridae, this is probably the best known version.
This aircraft in a primitive shape is larger than a F-16. 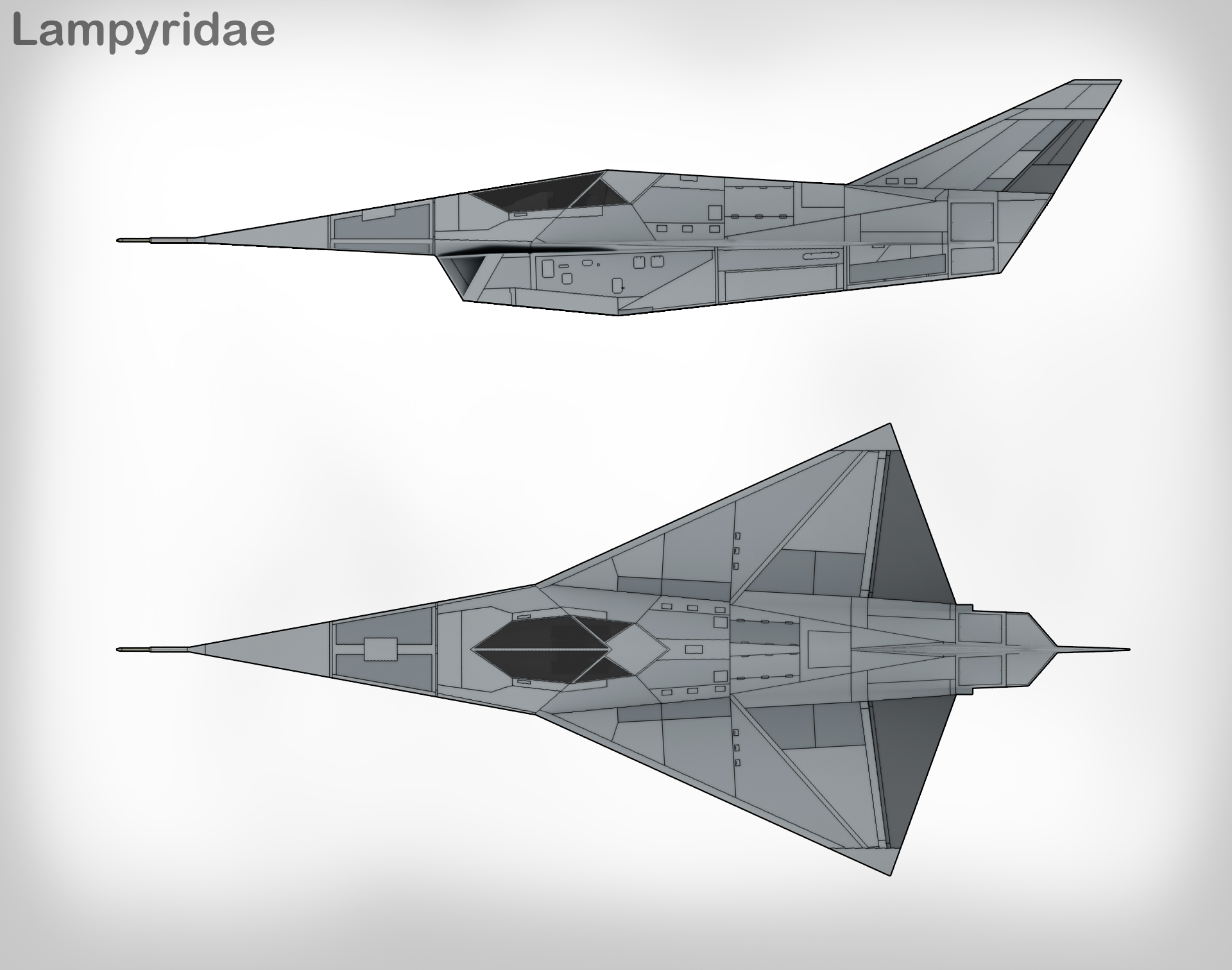 The design principles of the Lampyridae is to be a stealth interceptor for medium range engagement.
It is no really suited for dogfights as his agility far from being spectacular.

Keeping in mind that the front part of the aircraft is the one more like to be exposed in the interception, it has a very small visible radar cross section, even smaller than the F-117. 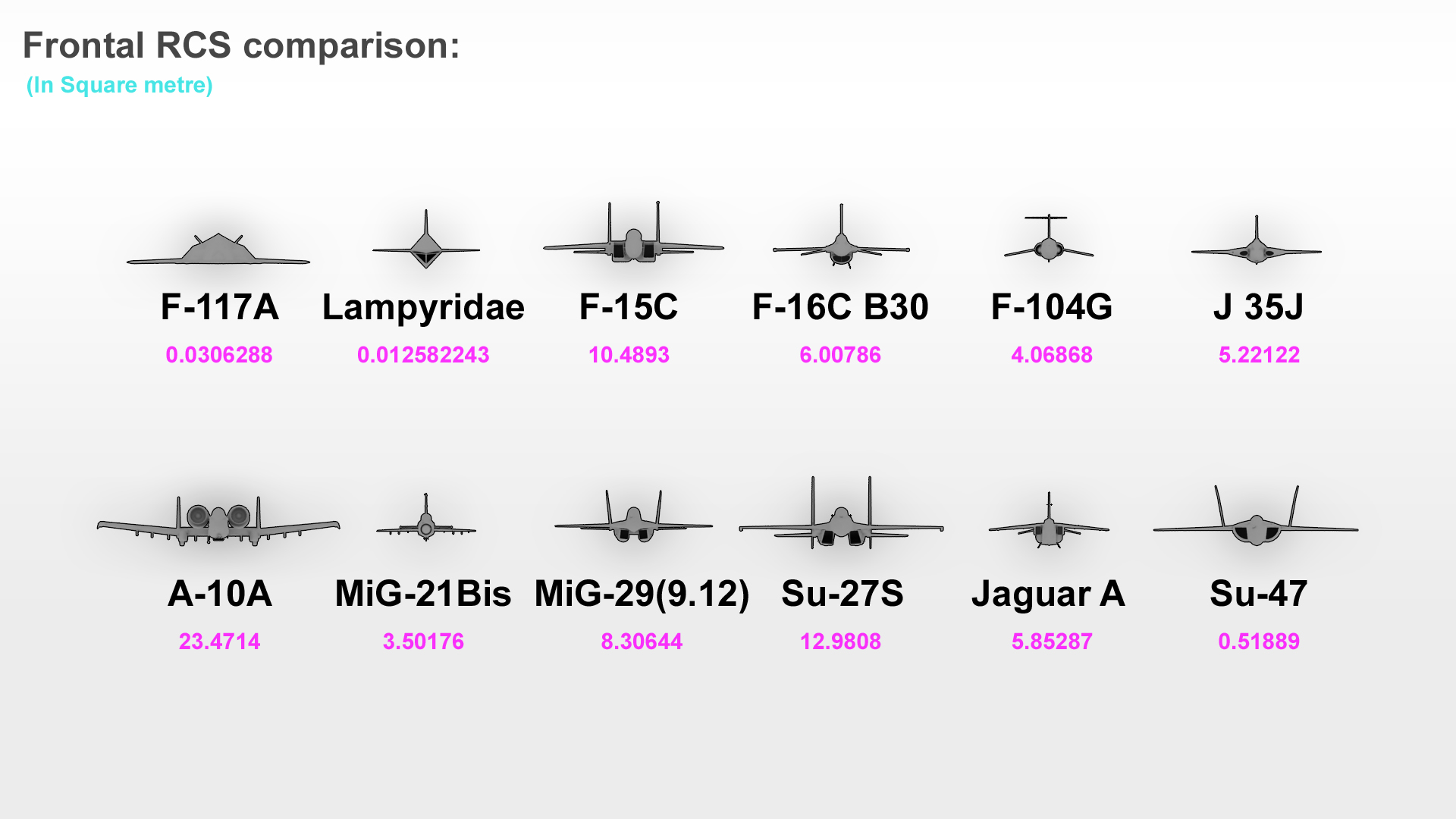 As you can see, the Lampyridae is the stealthiest aircraft at the moment in the game, however it does not hold the weapons in the weapons bay, so much of that stealtyness is lost when it is loaded.

The Lampyridae II is a direct evolution were it was added a conventional bobble cockpit but also changed the layout of the moving parts, improving the maneuverability. 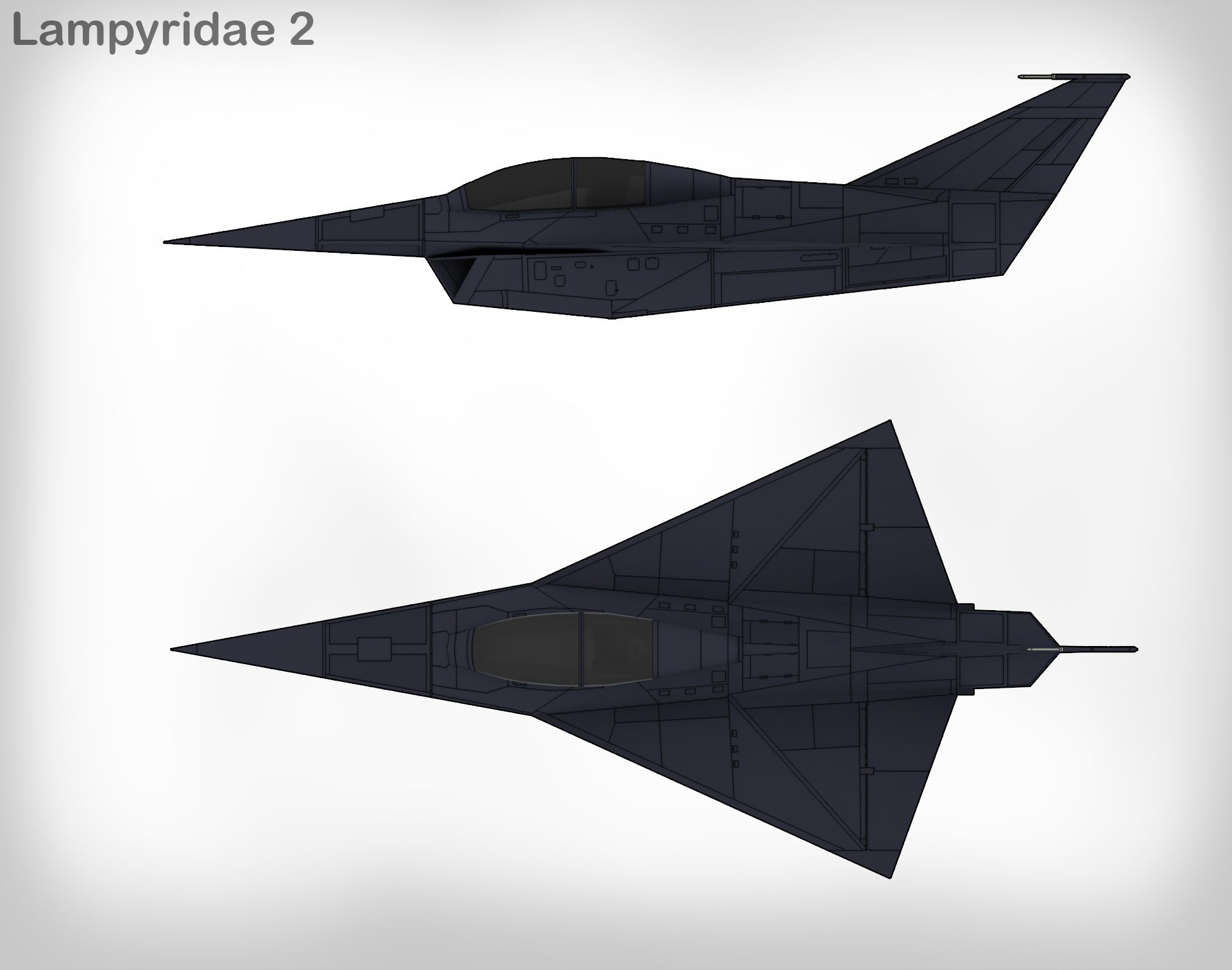 The Lampyridae II is a little less stealthy, but more maneuverable aircraft.

The Lampyridae III goes back against to the original and adapted it for transonic flight. 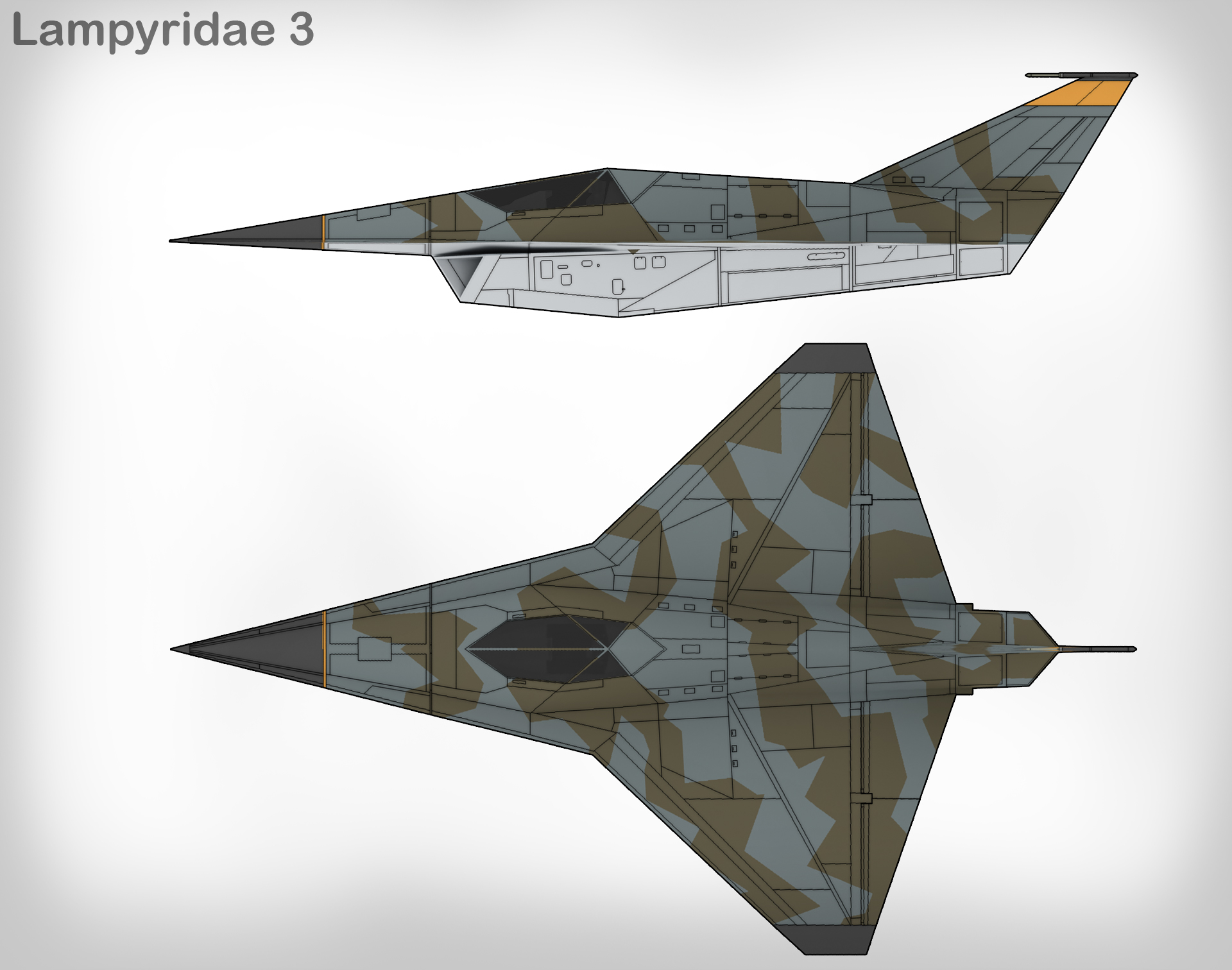 This version of the Lampyridae III is more stable than the previous versions. This version is also more suited for ground engagements, but only for the basic operations as it was developed only with air targets in mind.

And the last one, the Lampyridae IV, this is one of the first 5th generation fighter in the game, but is also a pure 5th generation, meaning it emphasis more in stealth than in maneuverability. 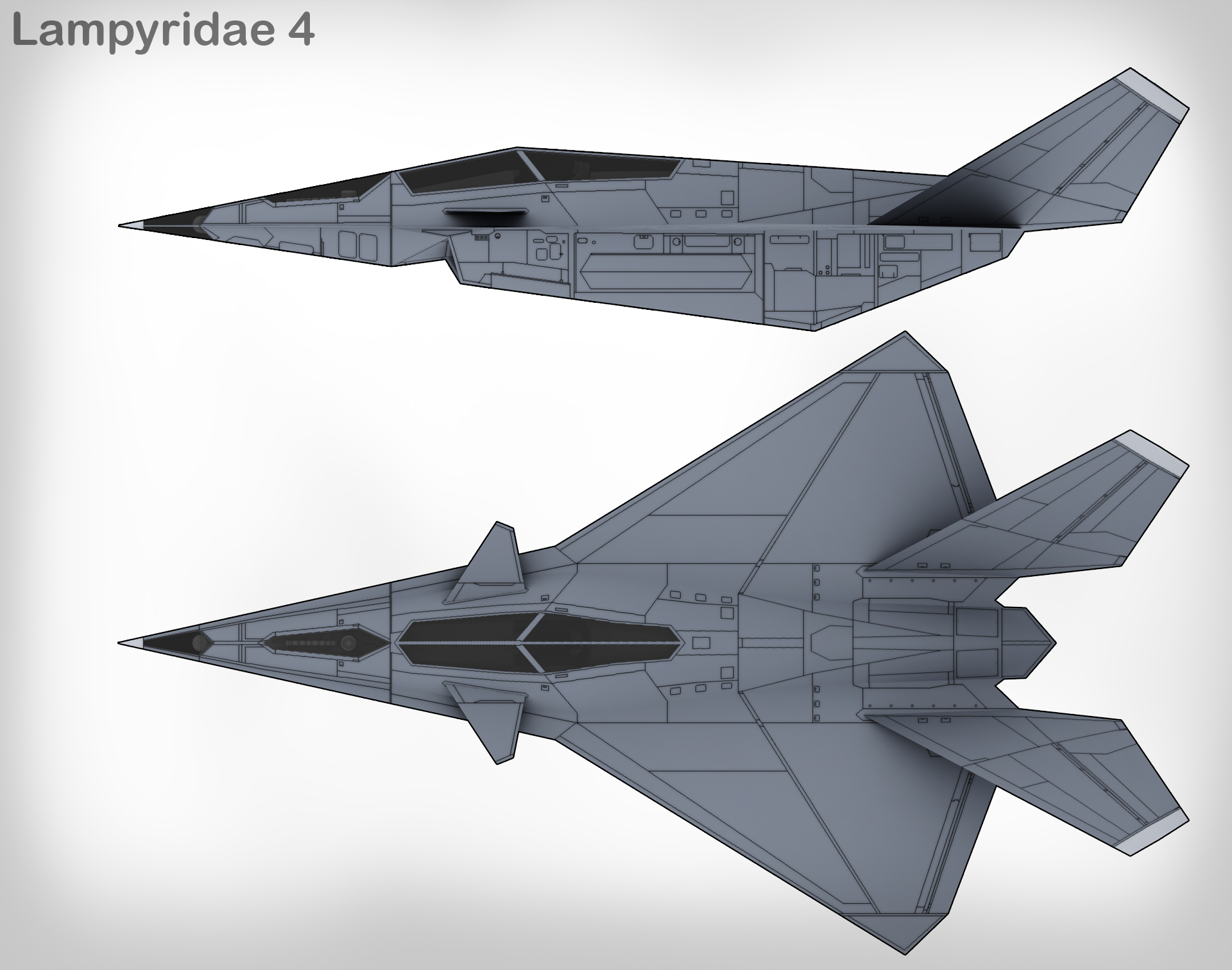 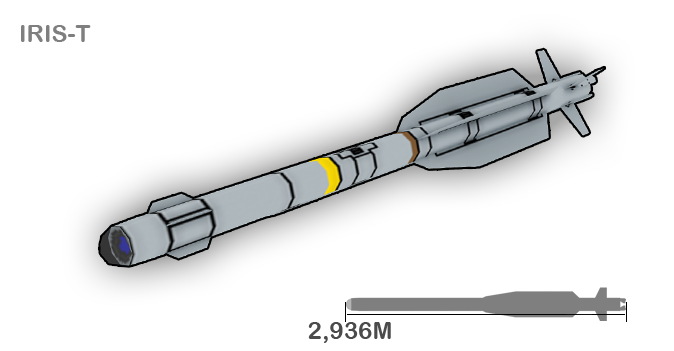 The Lampyridae IV will also include the most advanced Main weapon in the game, the IRIS-T.
(this is because some of the most evolved variants in several families still use the initial versions of the main weapon)

The IRIS-T is a very agile capable of tracking targets of the bore sight and it also has a more complex fight path to allow it to maximize hit probability.
But remember this, it may be more advanced and agile, but it still depends how the pilot use it to be effective, otherwise it will miss like any other weapon.

Also, you can try this update right away as it is already available.

The Lampyridae III and IV are your own designs, right?
Love the IV !

They aren’t original designs, they were built using all the information gathered.

Lampyridae III really does exist, but only as a scale model for the wind tunnels.

As for the Lampyridae IV, I’m not so sure, there were hints of its existence, but I couldn’t confirm from “reliable” sources, so it is labeled as fictional in the game.

Mh god...please share this information! The only information I found was that there was only 1 version which was built in a 1/2 scale and used for wind tunnel testings.
I never read anything about a III or IV :o

For Lampyridae III is easy to find images:
Timesymmetry.files.wordpress.com

As for IV, the most reliable image that was found was this:
Timesymmetry.files.wordpress.com
unfortunately I can no longer find the source of that image.

The Lampyridae IV is a beast with the IRIS-T.

Yes, when the back-tracking was mentioned it was intended to say that now the projectiles it can have more than 90 degrees of field of vision.

IRIS-T...
Won't survive from that missile unless if you overmanuevre the plane :D