The biomes update is the most important update for Reliefs since the release date of the early access the 7th September 2018. 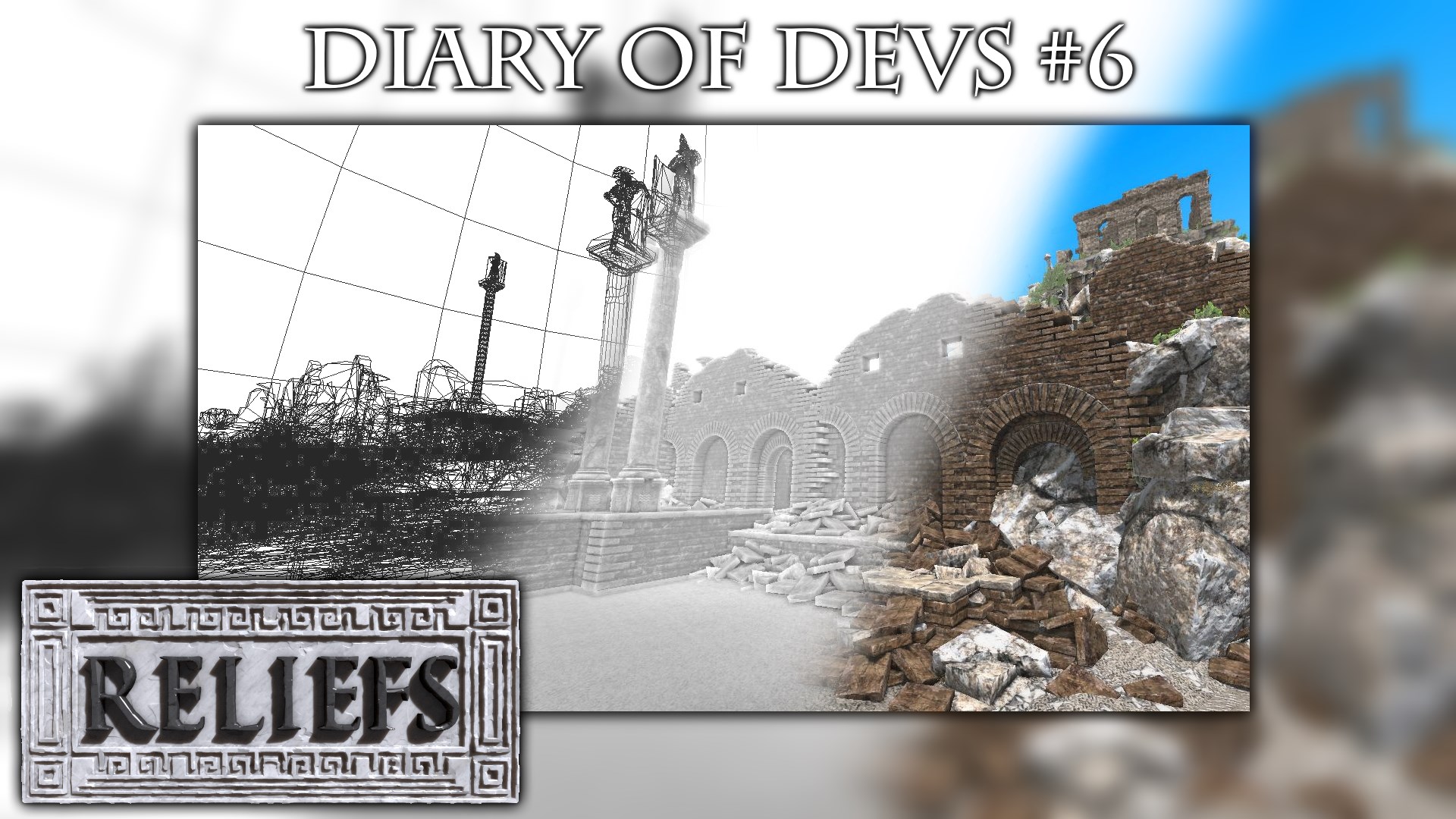 Every week without a patch or update for Reliefs.
I would do a small diary to explain the progress of the next update for Reliefs.
In this diary, I show you the last screenshots, objects or just you explain the next patch or update content. I try to involve you in the development of the game, in order to give you the last news of the game development.
Do not hesitate to submit your opinion.

The biomes update is the most important update for Reliefs since the release date of the early access the 7th September 2018.
This update, change all vegetation of the game, correct some problems and increase the game performance.
This update will be not available soon because all the vegetation of the game need to be reworked in totalities. Only the human structures cannot be edited.

New ivy, cypress, parasol pine and many roots have been added in order to make the new environments.

Four new biomes are available in the update.

These biomes changes with the height of the mountains or the microclimat at some area because of very high mountains around this area.

The road and paths with the new vegetation are more larger, more visible in order to help you to explore the environment.

I have clean up the statics folder in order to delete many not useful objects.
And all rocks, roots and cliffs have been edited so that to use less polygons and increase the game performance.

All rocks, cliffs, trees and grass now appearing with a smooth transition. (LOD = Level of detail)

For example, actually when the game load the near area around the player, the objects (trees, rocks, ....) appear instantly without a smooth transition. This is not aesthetic and attract the eyes of the player. With the new smooth system, theses objects appear with a transition which depends on the position of the player.

This transition doesn't affect the game performance, but is only activated when the option "nodes" in the options of the game is active.

Improvement of the view distance :

A new layer of LOD is available! (LOD = Level of detail)
The human structures are now visible at a very far view distance!

For example, if you have a temple at the top of a mountain. For the moment this temple appears instantly when the position of the temple come into the load area around the player. This is not very beautifull and realistic. Now this temple (very low polygon version of the temple) is load with the the environment like the mountains. The temple is now visible at a huge distance without loos of performance.

Actually, I work to added this system at the trees. But there is more of trees than human structures in the world of Reliefs. And is not good for the game performance.

With these all new function, the game has never been so fast !