A new update is now available! This update is the most important in terms of content and size, since the release of the early access of Reliefs. 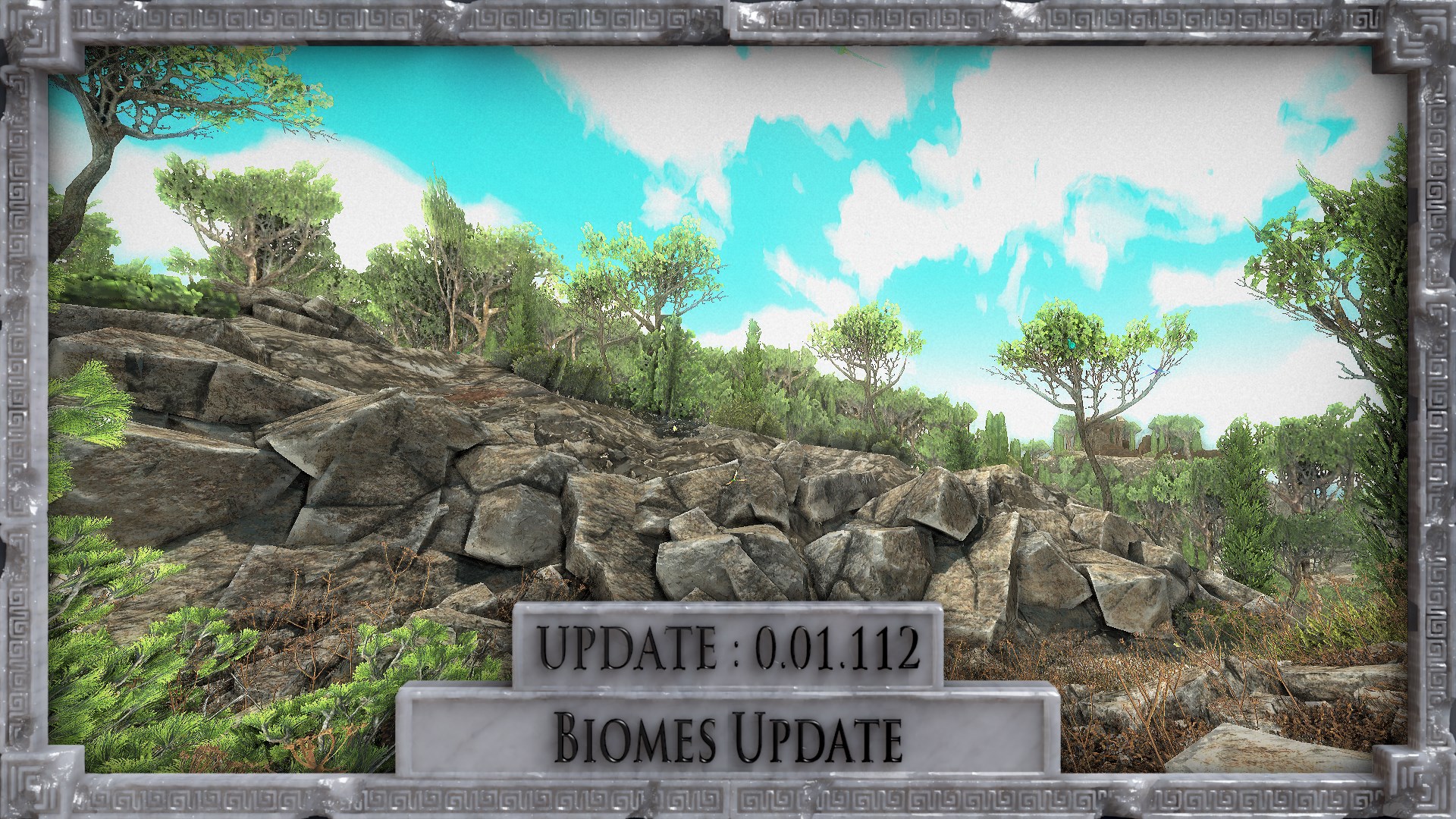 A new update is now available!
This update is the most important in terms of content and size, since the release of the early access of Reliefs.

The first goal of this update in the first time, was to increase the game performance because when there was a lot of objects on the screen in some area in the world of the game, the FPS (Frame per seconds) could fall below the 40 FPS with a 1080 GTX (Graphics card).
This update fixes this problem, and increase the number of details in the world on the screen. For a good development of the next updates of the game, it is very important to have constantly in the game 60 FPS.

The Biomes update :
This biomes update increase the game performance, but it's not all. A lot of functions of the game have been updated, deleting or adding.
You are ready to read ?

- The game engine :
The most important point of this new content, is the updating of the game engine. Reliefs work with the BlenderGameEngine (BGE). It's a free and open source game engine available with Blender.
Blender is a free software to 3D modelization, texturing, animation, video, game creation (before the 2.80 version) and many others!
He blends many functionalities in only one software. More information about Blender available here : Blender.org
The last versions of Reliefs work with the BGE 2.77 version, now with this update, he works with the version 2.79.
This new version is more powerful than the last, add many new functionalities and corrects some problems of the game engine.
This is a big step for the future of the game.

- The biomes :
An another big point of this update, is the biomes. New trees and roots have been created to increase the diversity of the universe of the game.
In the past only three biomes were available (shores, cliffs and plain). Now you have seven biomes!

- Real time world loader updated :
This script allow of the game to load all objects around the player in real time.
Now with this update, this script is more powerful and allow the game to load much more objects very quickly without latency.

- More objects :
Before this release, the every area of the game (15 at this moment) they had 5 000 at 10 000 objects per regions. With this update, the number of the objects (human structures,grasses, trees, rocks, ....) as increase dramatically!
Now you have 15 000 at 30 000 objects per regions. They allow of the game to have very much more detail in the environments.

- New vegetation :
All vegetation of the 15 area of the game actually available are remakes!
New biomes, more vegetations but only the human structures are not modified.

- Cleaning the objects :
Many old objects have been deleted and a lot of was remodeled in order to increase the game performance of the game.

- New very far LOD :
This is a new function in the game. The very far LOD (level of detail) allow of the game to display at a very far view distant all objects like human structures and trees.
Finish the structure or tree that appears instantly in front of you, now all objects are loaded smoothly to not disturb the player.
This function adds a very more details at the game without loss of performance.

- Wild system :
The animations of butterflies, mosquito, dragonflies are updated, their movement are more realistic.
New realtime particles with the fallen leaves of the trees.
The script that adds these insects, particles or birds have been updated. Now they are more numerous in the world without loss of game performance.

- Ropes in the wind :
The ropes now interact with the wind if the node effect is activated in the options of the game.

- Recoverable objects :
These objects are now optimised. Better LOD system, new textures or 3D optimisation to increase the performance in the game.

- New videos :
All video formats of the game like the introduction, videos of Reliefs or just logo have been changed.
With the updating, the old format that i use for the old videos is not now supported by the new version of the game engine.
The global quality of these video not change, but the size of these last are split by 3, so their loading is more quicker now!

- Depth of field :
The DOF effect or Depth of Field is temporarily deactivated because this effect decrease the game quality of the textures and game performance.

- Color Saturation :
The saturation effect allows to increase the color of the game. Too much use in the past, with this update, this effect is less intense to obtain a more realistic color.

Bug resolves :
- Bug #1 : When you don't use the the HD objects quality in the options of the game. The harbor that allows you to call your boat not work.
- Bug #2 : The Alpha and Chanvre plant can appear invisible at near distance if you choose a low graphic quality in the options.
- Bug #3 : A grid in front of a door in the puzzle of Pluto doesn't disappear which does not allow you to recover the bas-relief.
- Bug #4 : Some insects, birds or particles can appear in the caves.
- Bug #5 : Beyond more than 64 ropes in the world, the new ropes are not loaded and save in the world.