Our September release is another huge jump, with over 1,100 changes and improvements by 17 authors.

The headline changes in this build are:

Please note that OpenRA now requires GPU support for framebuffer objects. This should not be a problem for most computers manufactured in the last 5-7 years, but some older high-end GPUs may not work from this release onward.

The full list of changes is far too large to include here, so we recommend clicking through to the human-optimized changelog or full list of commits. If you’d like to get involved, the best point of contact is our IRC channel #openra (webchat).

This release also adds beta support for Tiberian Sun and Red Alert 2 assets. Work has started on an official Tiberian Sun mod, but we don’t expect this to be ready for several more months. In the meantime, modders can take advantage of the new voxel and shp(ts) support in their own projects. 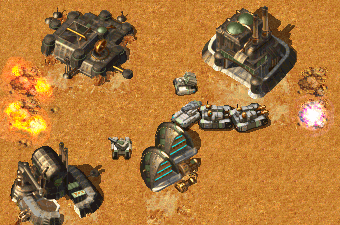 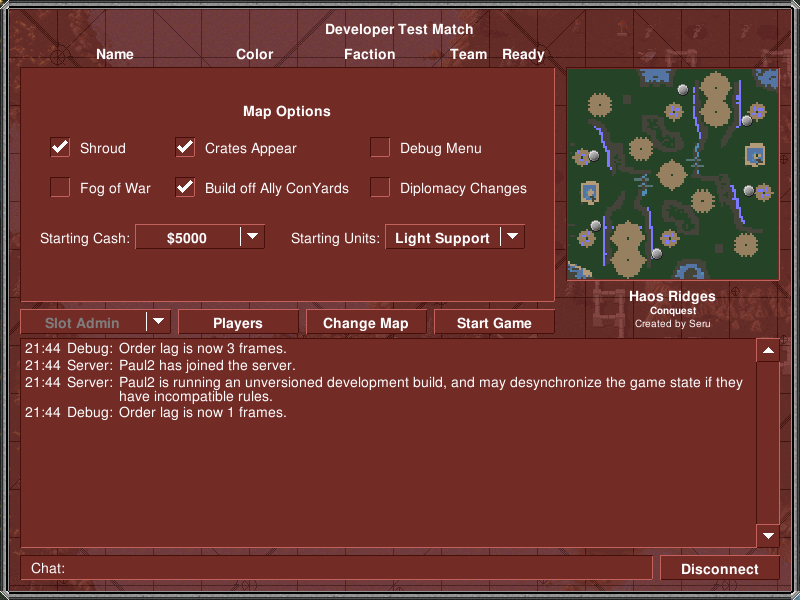 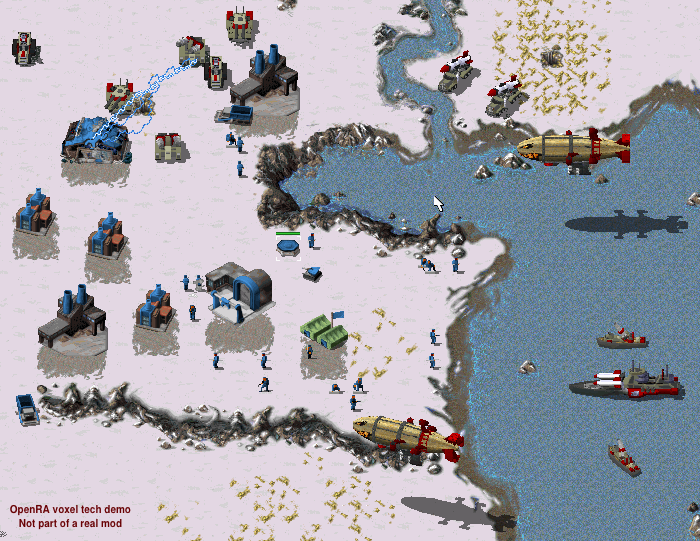 An early test showing voxel units in OpenRA (we have no plans on shipping this!). 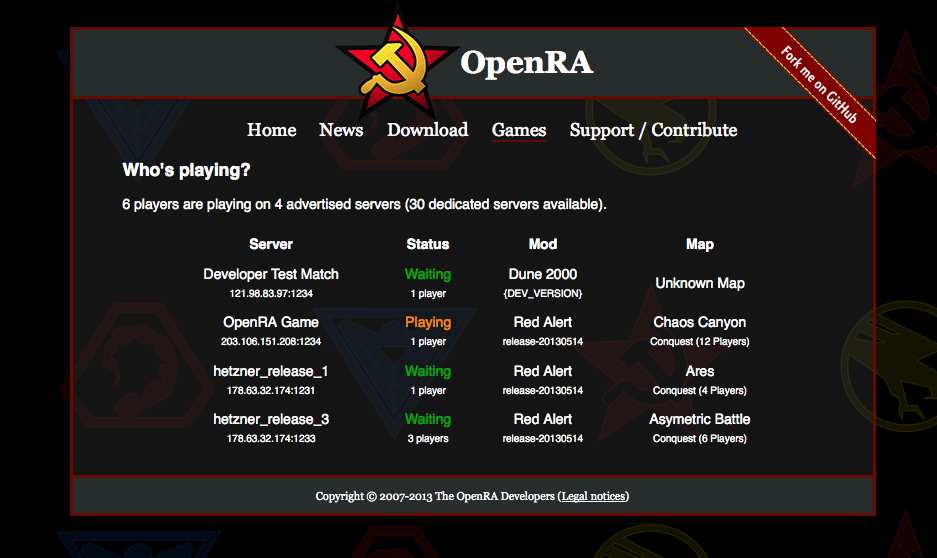 We have also taken this time to overhaul our website. It’s hot off the virtual press, so please let us know if you spot any typos or rendering glitches.

awesome! hope the forums will be integrated in your website soon.

Thanks for the report, added it to Github.com so we don't forget.

The Desura download isn't updated.
I uninstalled the game in Desura and downloaded and installed again but still, it
s the 201305 release.

We submitted the changes, but I don't expect authorization by Desura Ltd. staff before Monday Australian time zone. Go with Open-ra.org for now.

Update: patches have been authorized.

Keep up the good work :)

I say just make an option in the lobby to enable Generals-Style capture method and give C&C and RA1 their original capture methods back.

Personally, I never liked Generals Capture-style. They made the basic infantry of all sides capture buildings, but so slowly. And for one side I think you even have to research it. It was not even worth the effort to attempt to capture buildings and so most games ended up just being either Tank Rushing or Mass Super Weapons, because defenses were actually kinda good so the only way to break them would be a bunch of Marauder Tanks or something...

Westwood, for the most part, knew what they were doing when balancing games. They could of done better, but the main idea of most of the C&C games were really proof of concept. They weren't meant to be perfect and balanced.

Honestly, I'd rather have Engineer rushes back than just mass tanks every game. Gives me something else to do, whether I'm doing it or protecting myself from it.

IMO, it's something a lot of RTS developers forget about. There's more than one kind of balance.

The more common style is the Rock-Paper-Scissors balancing. This is not good because it ends up cutting out a lot of other strategies, because one players entire army has the counter to everything, than everybody does that. Than there's no diversity in play-style or unit composition. It turns an RTS into Risk, all about positioning and Micro instead of bold economic decisions or hiding tech to make a surprise unit composition that your opponent is not ready for.

I agree with you, comrade. I personally want to choose the capturing style when creating a game (instant/multi/Generals-style)

While it is a valid and powerful tactic to sneak in engineers, this frustrated newbies who got trolled at their first game plus in the last tournament we saw some effective, but boring games when construction yards got taken over early and you could do nothing against it: Twitch.tv

Found several bugs:
1) Trees are just static objects and cannot be destroyed.
2) Force fire mode make no sense. Units continue to attack selected point even when next order is to move somewhere - fire ends only when point gets out of the range of fire or another fire order is commited.
3) Tanks can be chronoshifted inside Chinook helicopter.

Trees will be destroyed if you use enough force. Nuking them will work. Make sure you're using the latest version of the game too.
The current turreted unit setup is intentional, and extends past force fire. It's supposed to let you order your tanks to engage particular enemy units and retreat at the same time for example. You can get a unit to stop attacking if you use the stop key (S by default).
I suggest that you make a ticket for any outstanding issues. You can make tickets over at Bugs.open-ra.org

He is gone since Indiedb.com as weapon sounds, icon and voices were ripped from other project like the non-Freeware Red Alert 2 game and A Path Beyond mod so we don't have any permission to include this. You can still add his sprites to your maps as a non-cyborg GNRL with the Stavros voice.

I DON'T AGREE with this ANONYMOUS. Hammer, sickle and red star were not only communists' symbols but they're a symbols of RA series too. RA series ALWAYS HAD these symbols. ALWAYS. And these will NOT be changed in ORIGINAL GAMES. In addition to all that, there were NOT WWII in RA series. Go play RA1 if you want to know what the universe is this and ONLY AFTER THAT ask devs to change the logo.

P.S.: These f*cking laws are an absurd. Anonymous' post is unreasonable IMO.

is there gonna me an option to save your games and missions?