I planned to start with moon missions, but i saw some playtests and found it would worth a retry to add speech. I tried this not successful last year but now it worked well. Due to this is a big improvement and took several days, this was going to be the main goal for this iteration. Besides that a lot of other polish and other new player hints have been added.

I added speech for the intro, the tutorial and the achievements. I use different speakers, generated from the google APIs. For now it doesn't make sense to let it speak by real humans, due to it changes too much. Maybe that is already good enough :)

After adding the speech, the intro needed to be adapted. It was using a timeline, but with different languages and different text-content it was a big effort to always adapt, so i redo the tutorial to use scripts, respecting the length of the new speed text.

A lot of players had problems with the startup of the ship. After 1 month the Humidity increased very fast, what makes it impossible for new players to fix that. To prevent that, the life support module is now degenerating way slower, so the player has enough time with a small crew.

I improved the Event panels by making the single elements directly clickable. Hover over them will highlight them also in the scene now. Before just all of them were selected and shown in the multi selection panel. I also added the details panels, known from the selection panel, as tooltips for them, to directly see it.

I added an Event Panel when a person have a serious problem. A lot of testers complained, they didn't know why people dying. To help with that and deal with that situations better, i added now an simulation stopping event when a person has that kind of problem. This happens, when the person run out of water, nutrition or oxygen. Its also shown directly in the panel as a icon with tooltip in front of the person.

To make it better visible that a power outage shuts down a building, i added a special Problem Icon for that. 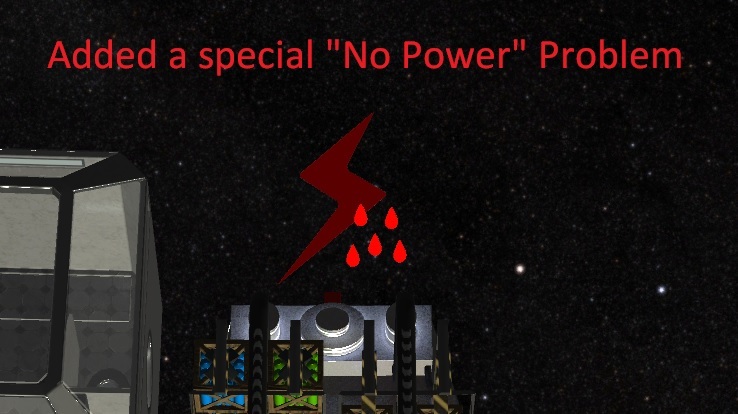 Time warp till something is repaired was using a generic time warp. Problem with that is, that its stopping when the worker stops working. To fix that i did something similar than for the construction time warp, so its now warping till the target of the work changed. There is also a new maintenance tutorial step added. 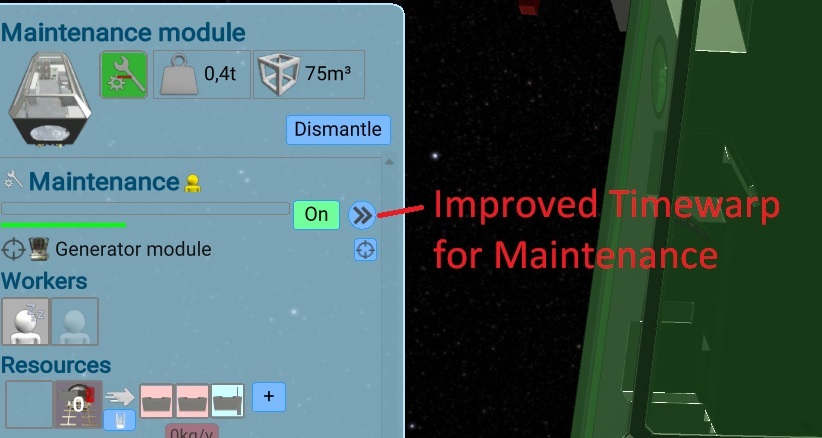