An interactive Help System, Added the Moon and much more in a update video.

The Achievements have been enhanced by the new Tutorial kind approach. When a new Task is given, its now also explaining necessary things to this task, to lead the player step by step to all features. 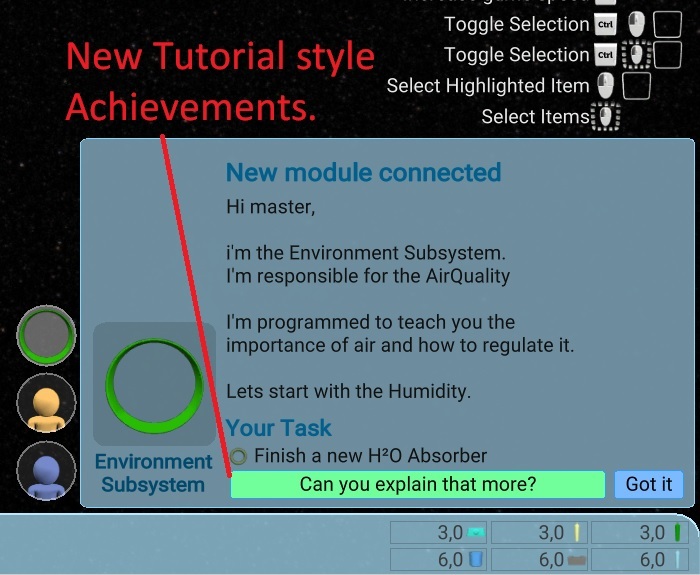 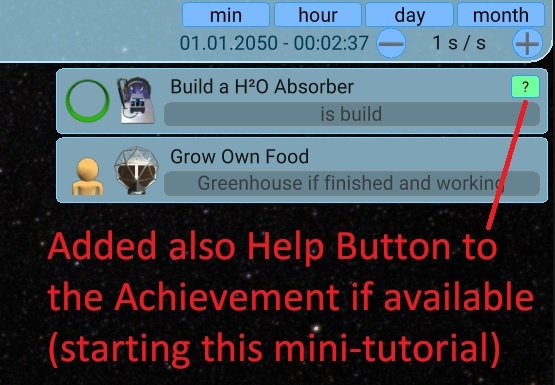 The UI starts now with just the real basics, and get extended when the player goes through the tutorial and achievements. This should prevent overwhelming the player. I also added a button to the option for experienced players, to show all hidden elements.
Thanks to "ScruffyJoe" for the feedback. 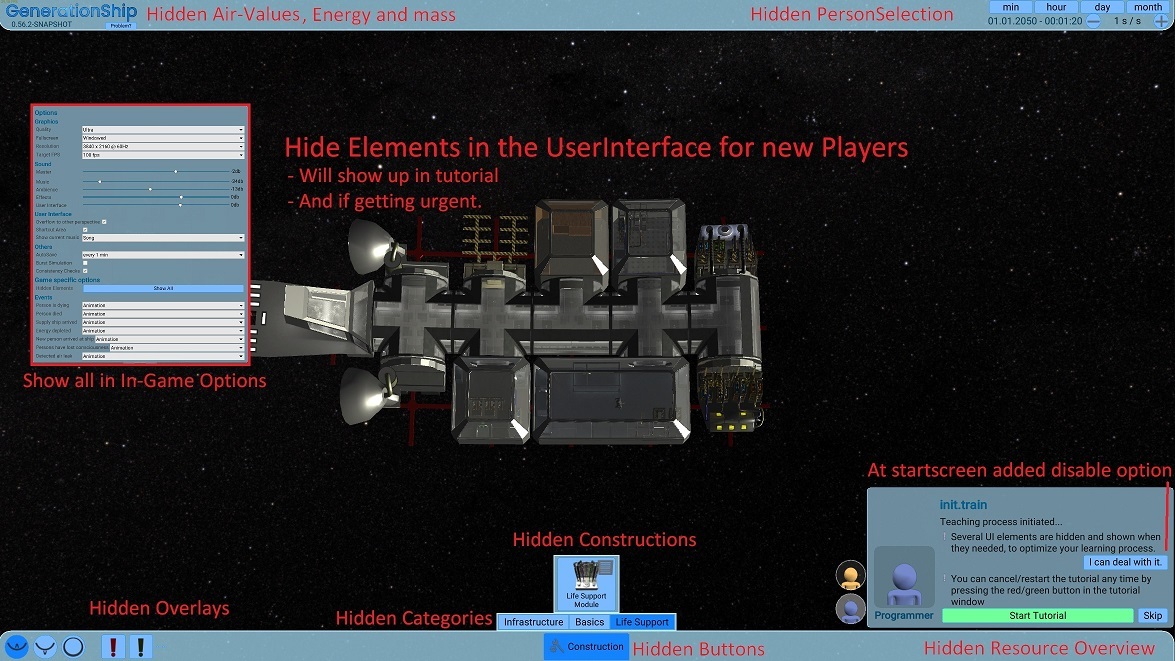 Beside the Help in the Achievements, there is now a new Help button, were some parts of the tutorials were moved to. It should get more and more content over time, for now there is just some basics in. It has also an interactive help system like the tutorial. When this is started, the "?" Button will turn into a "Stop Help" button. 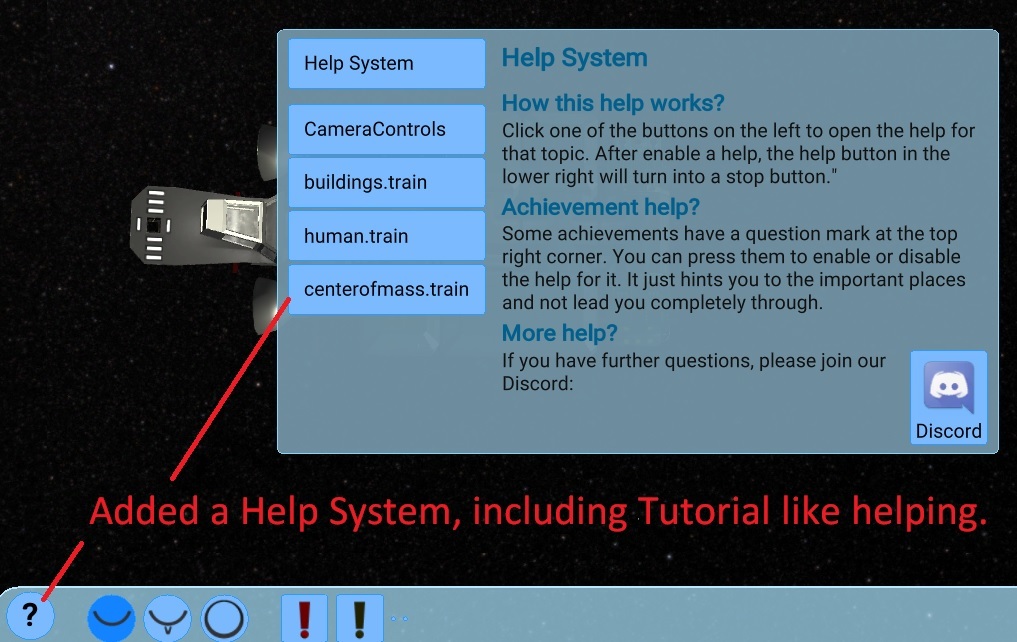 A day after releasing the last version 0.56.0 i found some problems with the savegames, so i made an quick additional release fixing that.
Also some other problems related to save games are fixed, when save and load happened in different cultures, the comma and dot values were breaking things.

Many playtests got errors and strange behaviours, due to loading old games. Due to the big changes that are still made to the game, this could lead to problems.
The warning for is now also shown when using the "Continue" button in the Main Menu, to hint to that cases.
I also started with migration scripts to make old savegames work better, but it cannot deal with all things, so its always better to start a new round on new versions :) 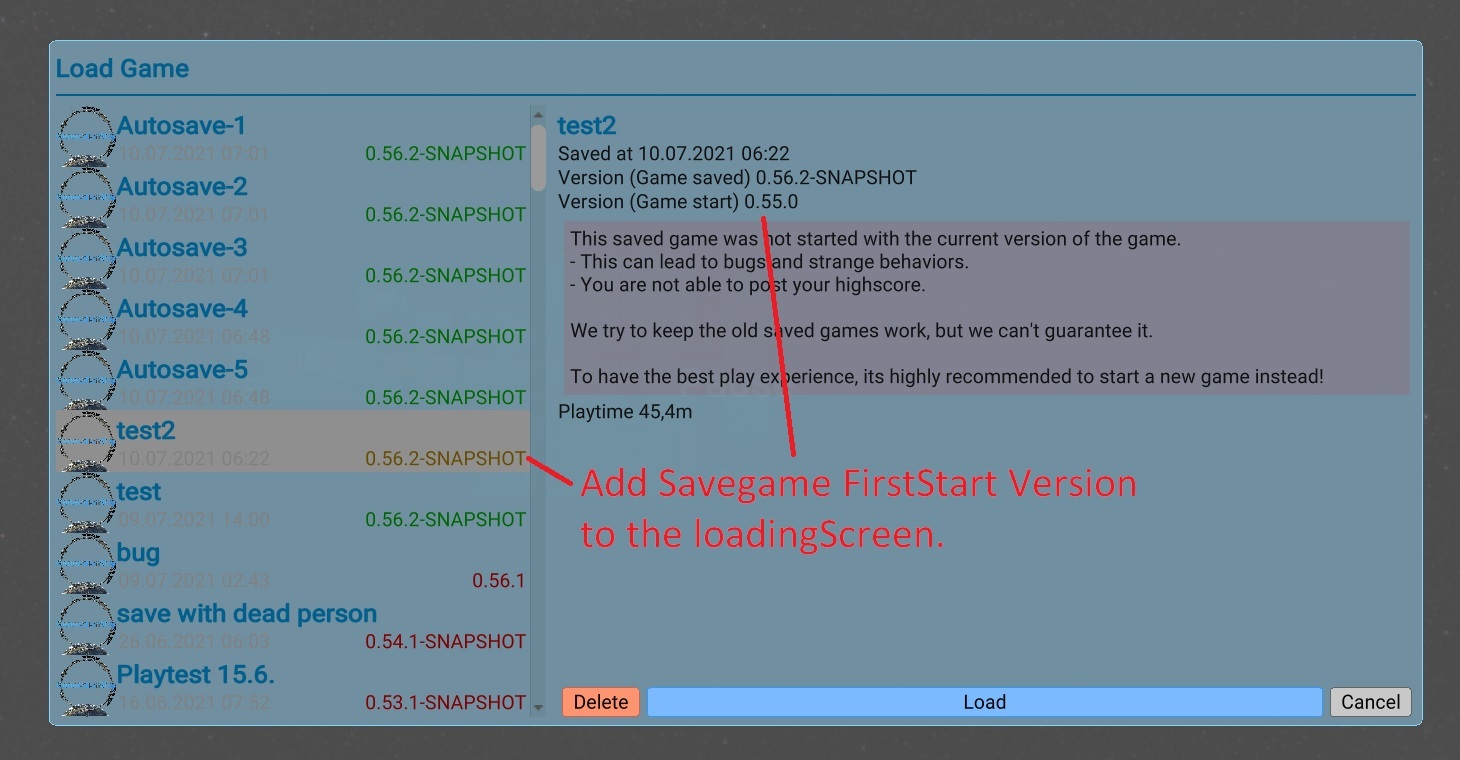 After changing the astronomic algorithm last iteration, i added the moon of the earth, to be used in the next iteration for the planned moon missions. I also changed the orbit direction of the spaceship, to make it more realistic. 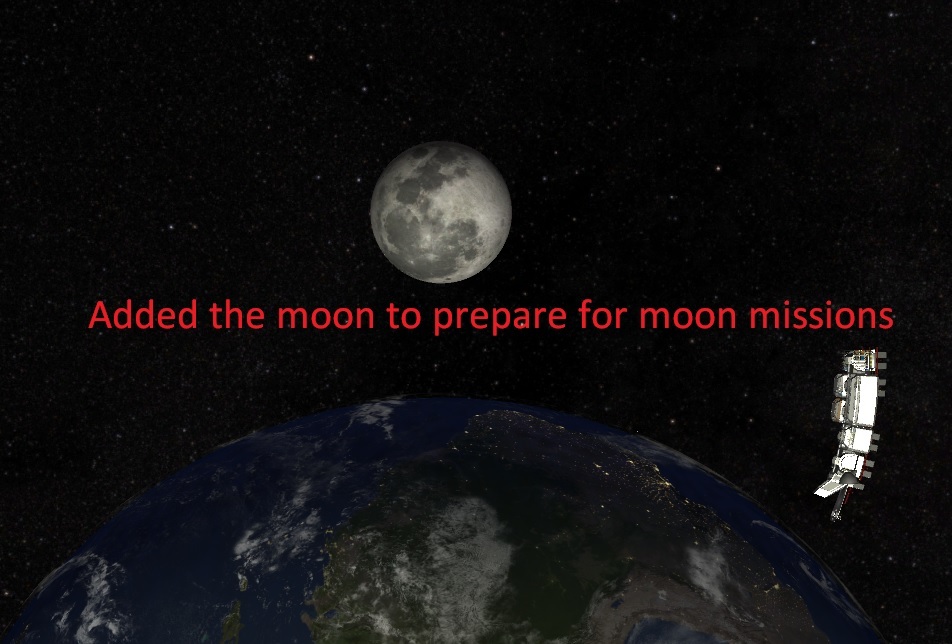 I added an export/import feature for the text in the game, to be usable in spell checking and translation web pages. This should help to reduce the spelling mistakes in the texts.
Thanks to "Saggy Bumflaps" for the hint.