Its now possible to setup the connection of a storage. When creating a connection between 2 no specific storage's (like the dock and a normal storage) a popup will appear to setup what kind of resources the player wants to transfer.

The storage module got a new toggle button. If this option is set at a storage, the constructions will auto-choose them to grab resources. By default the starting one has that option on, to not confuse new players.

I make the Achievements nicer, by adding a some Consulting Messages. These messages will just shown once at the same time. The player needs to start the Task and getting some basic explanations what he need to do next. After an achievement is done, its showing also a "Well Done" message before the next task is started. 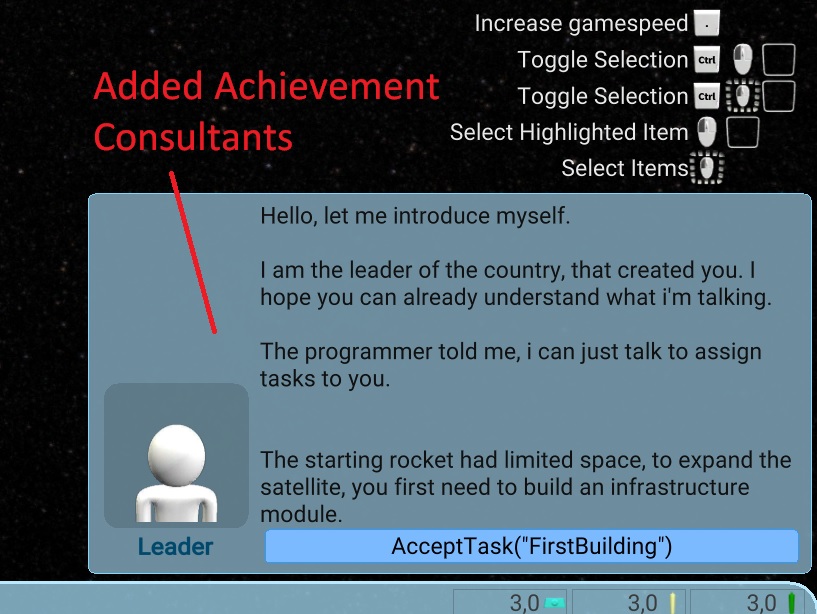 The other Interactions like choosing a WorkingPlace have been migrated and responding now all similar.

Make the persons not rotating while moving when walking straight. Now they turn on the spot towards the direction to look better.

The timewarp is now warping, till the ship is really docked, or available for a new launch.