In the latest release of Dark Gates you can find new look in fight arena, full gamepad support and more. Let's start with most obvious change which is art change in fight arena. As you can see below, top down view is changed to isometric-ish view with brand new art for floor and heroes avatars are finally starting to appear. There was also much confusion in 'team movement' phase on what to do if game is not allowing to skip it. Now if your are in movement phase (fight) there will be a red Celtic looking cross showing which positions must be filled before ending this phase. 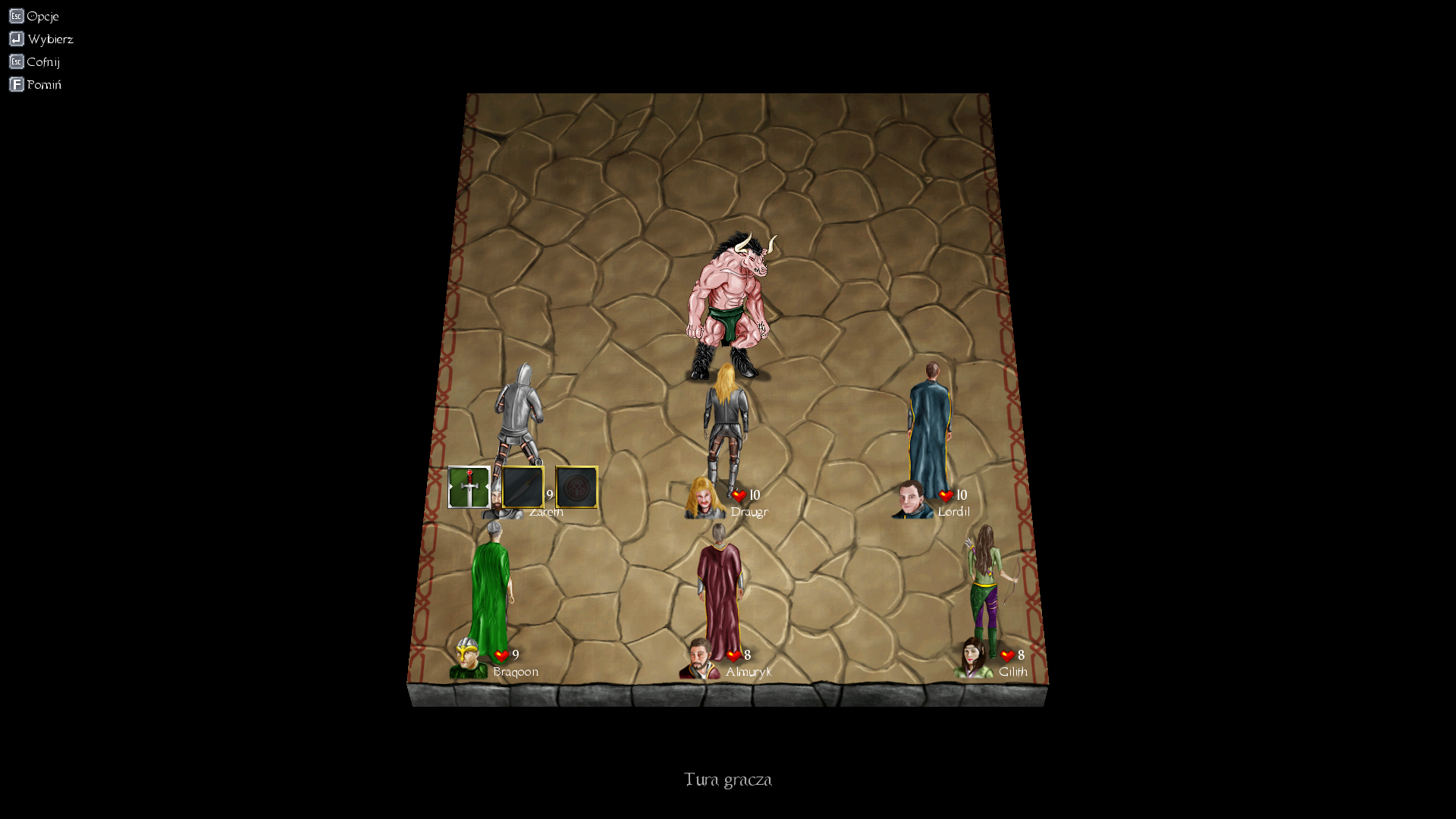 Big feature of this release is a gamepad support. If you got gamepad with at least d-pad and 6 buttons, game should support it as long your OS does. With this there is also a change in game UI, where depending on your input device you will see button icons. If you got gamepad is plugged in, game by default choose to show gamepad mappings (x360 type controller). Dark Gates has been tested successfully with official and 3rd party x360/PC wired controllers, PS3 3rd party wired controllers and old school PC Logitech Wingman Precision.

Adjustments in Upgrade department.
While testing new release it came out that current upgrade levels are quite high. Release 0.5.0 brings much lover upgrades, starting from 30xp and 80 gold for first level, and then 40xp and 80 gold for another two.

Bugfixes
Three game crashing bugs has been squashed. One has been found thanks to gamer slonovod on Desura. Many thanks for detailed info. Hopefully this is a last of those nasty bugs in Dark Gates.

Nice improve for the gamepad support. Thanks :o)
And to have clarified the Team movement.
Regards
J

Thanks, more to come. I have just finished 3 day marathon on biggest gaming show in Poland. Lot's of good feedback and massive positive response. I will post some pictures and videos soon. Cheers.