Intro:
The 0.2.2. Updated introduced some new Early-Phase Systems that were planned from the beginning for Urban Tale but we're not finished. Same as the Crafting and Cooking Updated which was released about a month ago.
In this update we added the First Version of the Relationship system which allows the player to keep track of the People he/she meets in the game and form meaningful Relationships. This System is currently here to be tested and will be mostly likely altered in the future.
Worth mentioning is also the First Version of the Quest System. The Player can now accept certain Quests from random Strangers in the Game in order to receive Money or to start forming a Relationship with.
Nevertheless, we have also changed the Experience System, which is now much deeper and give the player some detailed insight about this action in the game. The Entire Experience System is Accessible Via the Key X or the ESC.
Note* Individual Bookmarks need to be clicked in order to open the desired information in the Book itself.

Reminder:
We will be adding in the coming days another Guide to Steam that will explain the new Features in detail. So please make sure to check the Steam Guide Section for Urban Tale Regulary.
Also, any kind of content sharing via Twitter, Discord, Instagram and Facebook would help us also so feel free to help us.
Thank you. 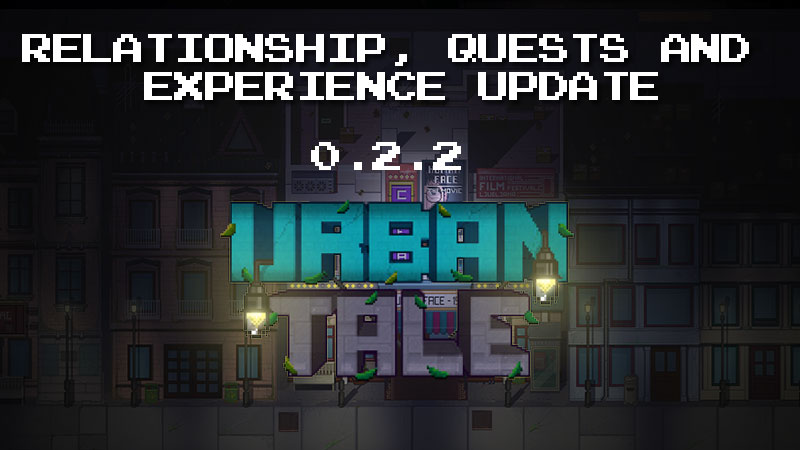