The mech's in Blast Corps were lots of fun; I hope to rekindle their spirit in Crash Co so here is an early preview of one in action.

Blast Corps presented a mixed bag of vehicles; some were considerably more fun than others. Leading the fun charge (for me) was always the mech's. They were simple and fun with their ability to destroy anything in their way. That being said, my first has been implemented in to Crash Co. The idea behind this one (working name: Ricochet) is that it throws its fists at objects to destroy them. Upon impact, it will destroy and then bounce off of the object that it hit. You will then need to retrieve them in order to fire again. 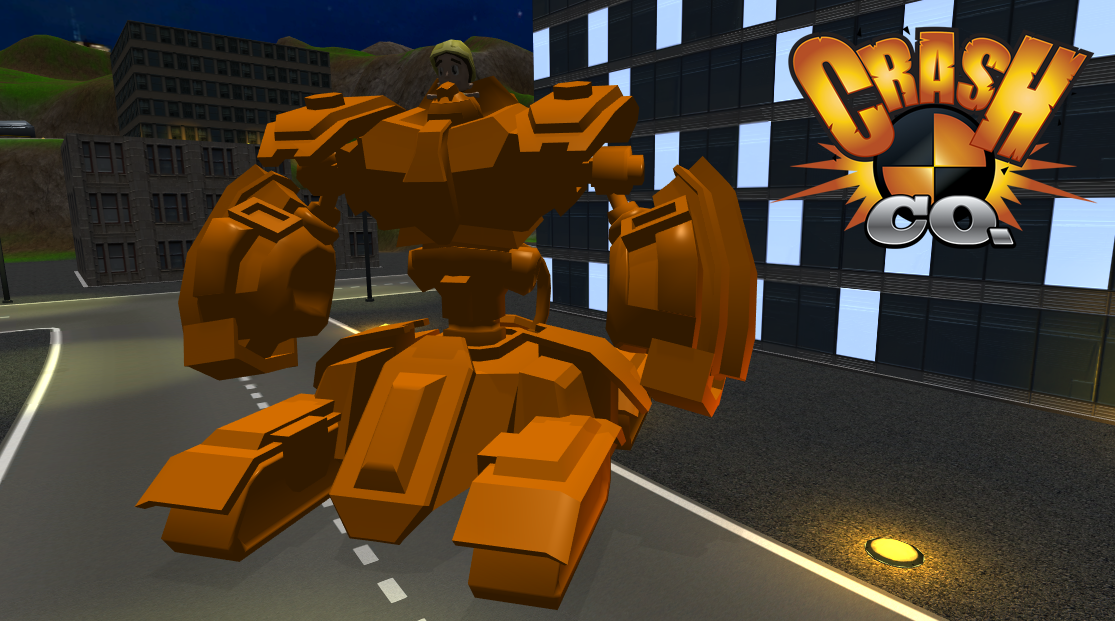 The model is a work-in-progress at the moment but the core gameplay is now here and working as I originally imagined it. The mech will control much like the player, using the directions to move the mech and naturally a fire button to throw the fists. After throwing them, they will eventually sizzle out, but I may look in to an upgrade (translation: power-up) which increases their speed upon impact instead of reducing it.

Higher quality version of the above can be found here: Gfycat.com

The fun will now come in designing levels around the fist ricochet mechanic to create some awesome chain opportunities for the player!