In February, NS2 was Gorgeous. Now, it is Reinforced. The culmination of nearly six months of development, Reinforced takes Natural Selection 2 to new height.

We are also immensely proud that Reinforced is free. Six months of game development is not cheap, and we have often discussed how we might continue to pay for keeping the studio focused on Natural Selection 2 full time. Various options were discussed – Including making Reinforced a separate Steam DLC, or introducing in-game micro-tran$actions. But these monetisation methods do not fit with our culture. Knowing we must pay the bills to keep the lights on, we decided to introduce the Reinforcement Program:

The Reinforcement Program allows you to decide how much of the cost of Reinforced we make back – And ultimately, whether we can continue to work full time on creating NS2 content. 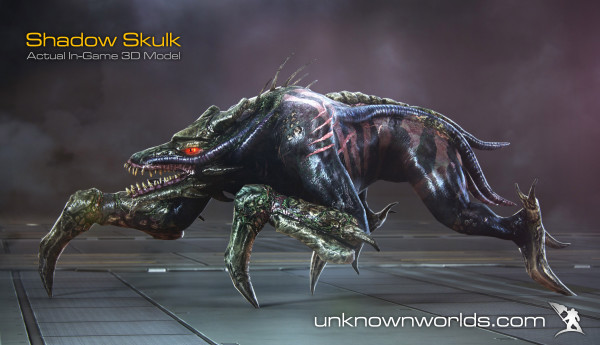 Some of you might remember the Constellation Program. That Program facilitated Natural Selection 1 development after release. The Reinforcement Program is Constellation on steroids. Not only can you receive in-game badges, but also exclusive in-game player models and even hard-copy artbooks signed by the NS2 team. 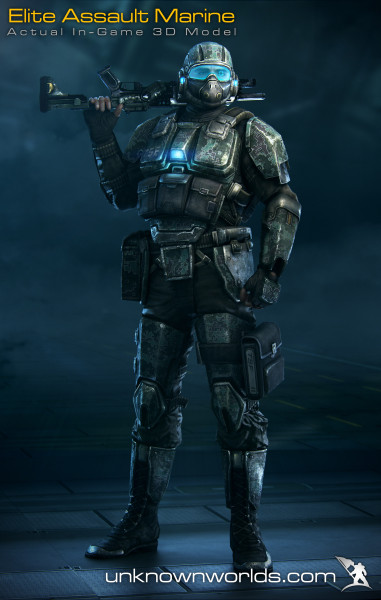 The rewards from the Reinforcement Program will be introduced in stages, starting on September 3. There are only 25 of the highest game level – Onos, available. So get in quick!Here is a full breakdown of Reinforced by awesome NS2 community member It’s Super Effective:


Here is the changelog for the part of Reinforced that went out today:

increased lerk melee attack speed
stomp deals now damage
fades require more energy overall
Flamethrowers deal now 3 damage to energy per hit
Empty Exos can now be welded
Reduced whip bombard damage from 600 to 400 (down to 56 armor damage when directly hitting a marine)
Railguns are now affected by umbra
When firing Dual Miniguns, one gun will now influence the heat amount of the other gun
Slightly increased carapace for lerk and fade
Tweaked railgun automatic charge release time (so dual guns cannot be stacked too much and timing matters more)
Increased railgun weight slightly so having 2 slows you down a bit more
Babblers are now more resistant against Grenades but weaker against Rifles (2 shots instead of 4)
Improved Crag Heal ability slightly
Increased Gorge cost to 8 (was 5) but reduced Gorge upgrade costs to 1 (was 2)
Reduced damage falloff from Mines (no longer linear)
Reduced Swipe structure damage by 15%
Structures under construction can no longer be over healed
Drifter abilities no longer have a cool down (nearby clouds of the same type are consumed instead to prevent effect clutter)
Single gun exosuits can now use the prototype lab and upgrade to dual guns
Reduced Exosuit research cost by 10 (increased Dual Minigun research cost by 10)
Exosuits slow now down and cannot use their thrusters while firing a weapon
Railguns are now affected by weapon upgrades
Reduced Railgun base damage to 30 (down from 50) and charged damage to 130 (down from 150)
Gorge Tunnels will now always spawn Infestation (other side doesn’t need to be infested)
Commander dropped Fade and Onos Eggs require now Bio Mass level 9
Doubled Alien structure move speed
Removed Pistol weight
Reduced Crag, Shade, Shift once more to 10 res, to make losing them not being too punishing for the Alien team
Reduced Shotgun clip size to 6
Increased Bile Bomb damage against Exosuits by 25%
Babblers now need to be researched (Upgrade Gorge)

Infestation no longer damages ghost structures
Marines can now eject from an Exo
Reduced shift echo cool down from 3 seconds to 1 second
Drifters now spawn from Cocoons which can be placed anywhere on infestation
Most marine units can now be parasited
Increased Parasite duration by 20 seconds
Allow Exos to get Beaconed
Ghost structures below 25% health will now vanish and return resources
Commanders start with 0 p.res and won’t gain any resources for 30 seconds when outside of the Command Station
moved umbra to bio mass 4
simplified alien tech tree: each life form class can be upgraded once (“upgrade gorge” for example) which unlocks bio mass health for that class and new abilities depending on bio mass level
charging a railgun or firing a minigun slows the exo down
vortex is now a teleport ability
The net_lag debug console command now requires cheats to be enabled
Disabled blur effect when opening minimap
infestation no longer damages ghost structures

fixed research of catpack and nanoshield not showing up at insight progress bar
fixed bilebomb sound playing over and over again when entering an area
Fixed bug where ARCs played their charge up sound at the wrong location
Fixed use prompt showing up for Cysts
Fixed bug allowing Sentries to be powered from a Battery in another room
Fixed script error caused by a Fade being logged in as Commander while a new Fade ability is unlocked
Fixed Blink and Shadow Step not properly scaling with silence levels
Gorges now see the tracer effect for their own Hydras
Fixed bug preventing the Exo from smashing evolving eggs
Fixed bug preventing the Marine flashlight help widget from being completed after the player leaves the powered down room
Fixed parasite hut indicator not showing up
Fixed bug causing the request menu to deny access to the main menu if bound to the left mouse button
Fixed script error caused by logging into the Hive while Xenocide is active
Fixed Grenades getting stuck when firing next to a wall
Fixed Marine buy menu not showing weapon descriptions
Setting map cycle time to 0 will cause the server to never change the map automatically
Fixed Advanced Armory model not disappearing when research is cancelled
Team resources gained graph will now show the actual income from resource towers
Fixed vote menu keys not updating when binds are changed in the options
Fixed Drifters being able to create Hallucinations of dead players
Fixed Flamethrower fire rate being inconsistent
SDKAdded Client.GetServerTags() and Client.GetServerBotPlayers() functions
Added Server.SetBotPlayerCount() and Server.GetBotPlayerCount() functions
Added Server.GetTags() function
Fixed Stomp not working properly inside Gorge Tunnel
Unified screenfx format with the render_setup formatDockingReturned cafe tech point (marine random spawn enabled)
Widened pressure control corridor
Fixed LOS issue in generator
Added new vent from generator to maintenance
Added decals around the map
Removed the large crate in strand

All the Onos badges are gone :(

What are you talking about? The page states that there are 25/25 available.

I'd love to invest a few dollars, but I don't have a credit card... Steam should pull their finger out of their behinds and enable donations for games from within their store.

Yeah, You may have noticed that my comment was 20 hours ago. Lots of stuff can happen in that span of time.

I congratulate the team for reaching 10% of their set goal within one day btw. If this keeps up you might even get out a nice extra. Shows how much players appreciate the game, despite all the bitching about bugs/netcode/performance/balance on the uwe and steam forums.

You have till tonight to get the Halloween Sale 75% off