The report №23 salutes the followers of ROG development! We look through the visual and talk about deserted castle, technical moments and take the day off!

Notice: We respect the desire of the IndieDB community to get familiar with the new projects within IndieDB, so we decided to publish regularly (every 2 days) previously released reports on our IndieDB page, until we catch up with the current ones. By the way, you can read all the reports on our website.
Reign of Guilds roadmap - combines all development reports at one place.
And here's our Weekly report #23 (originally released 02/22/19)

The report №23 salutes the followers of ROG development!

We look through the visual and talk about deserted castle, technical moments and take the day off!

Let’s start with the funny things!

We continue to make our favourite mob of the ROG more alive, funny and original. We conceive the stickman as a bit otherworldly. That’s how his aggro will look like:

We’re not going to discuss it for a long time because we will show it later together with their animations. 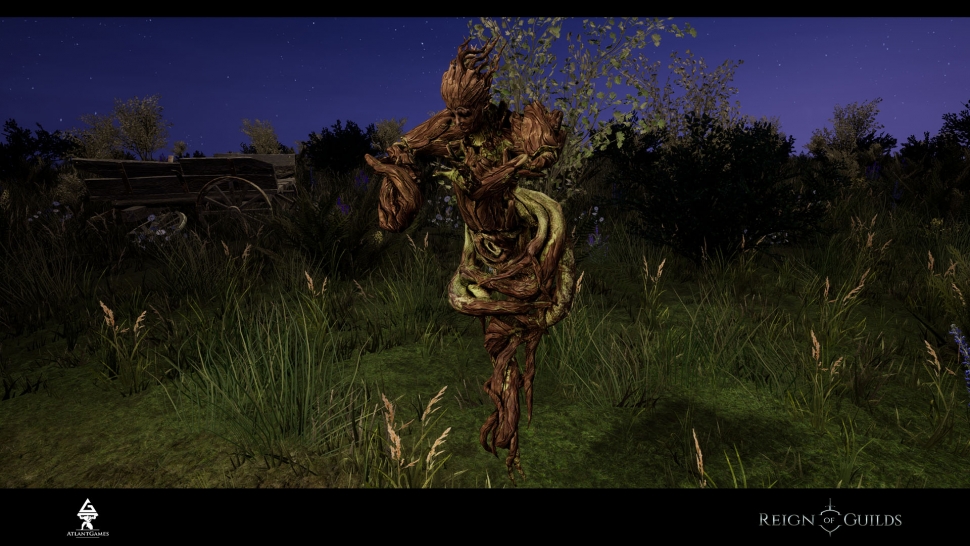 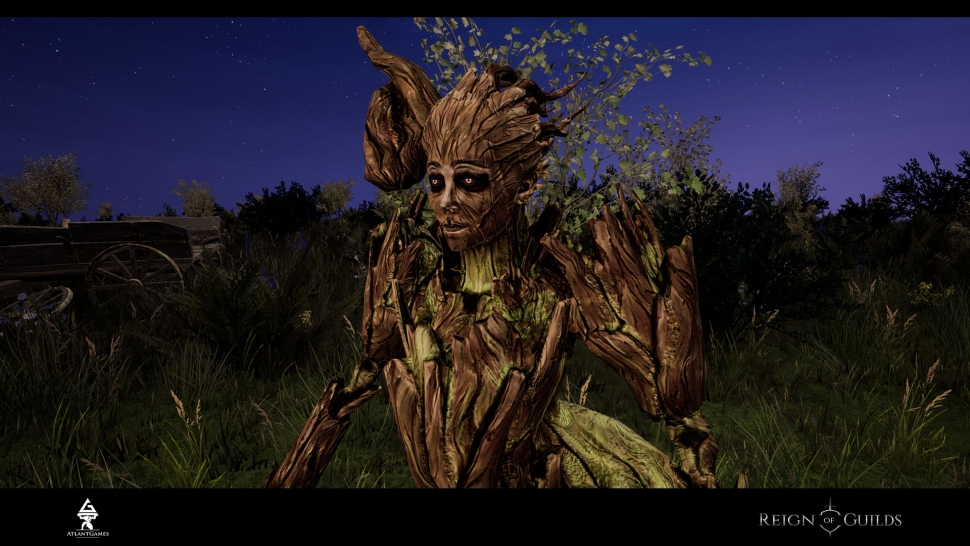 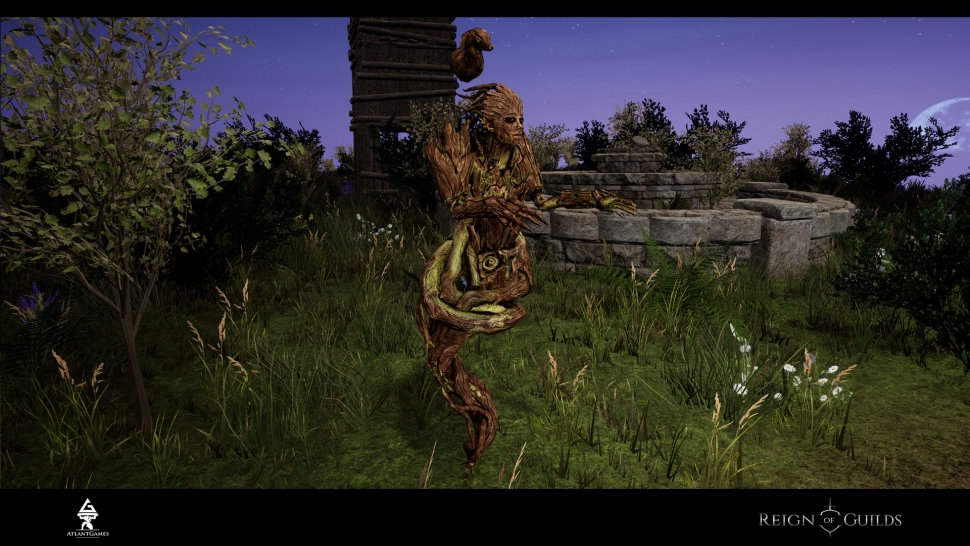 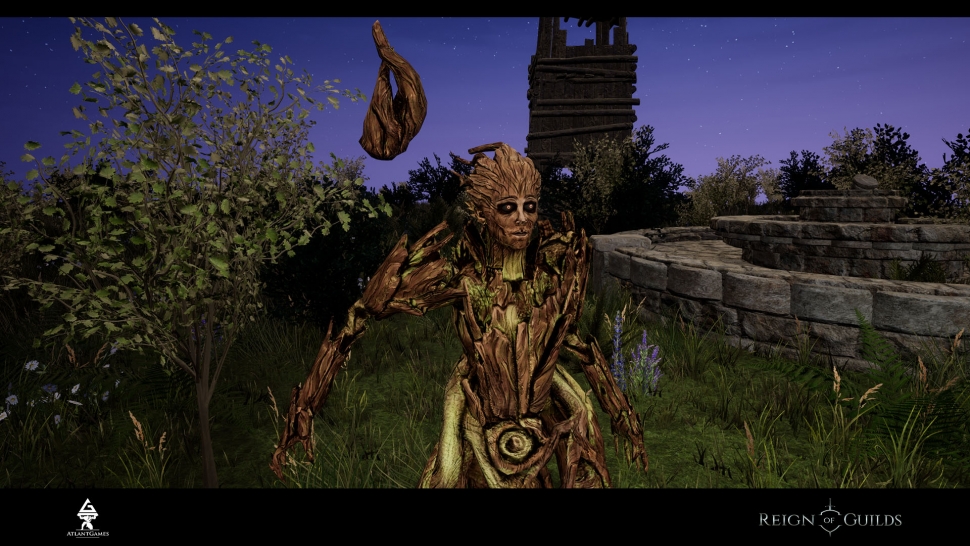 Well, this character is familiar to many of us and it’s going to look like this in the game: 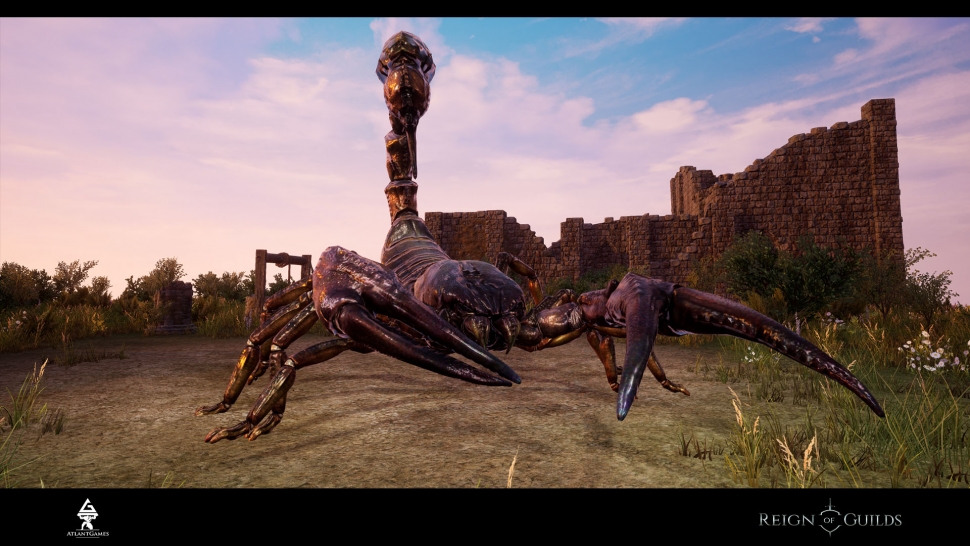 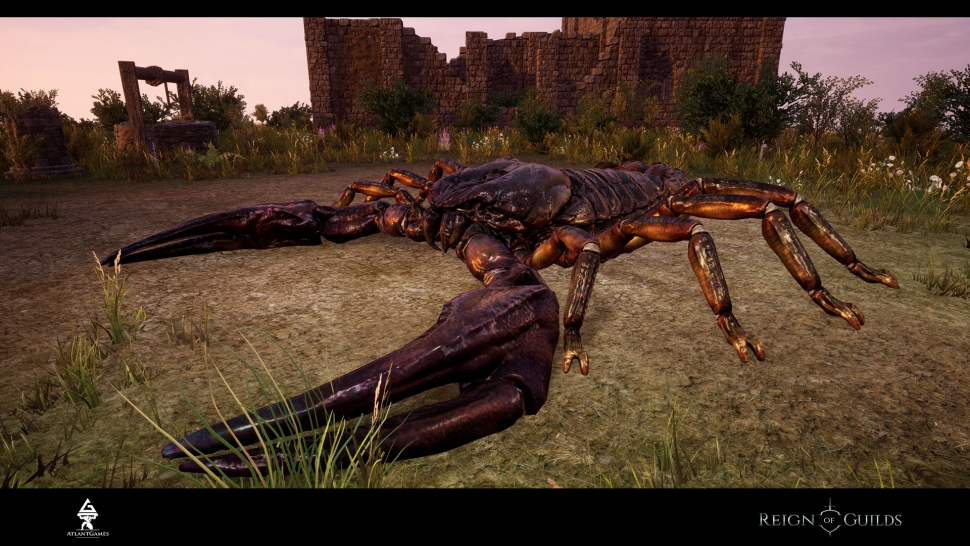 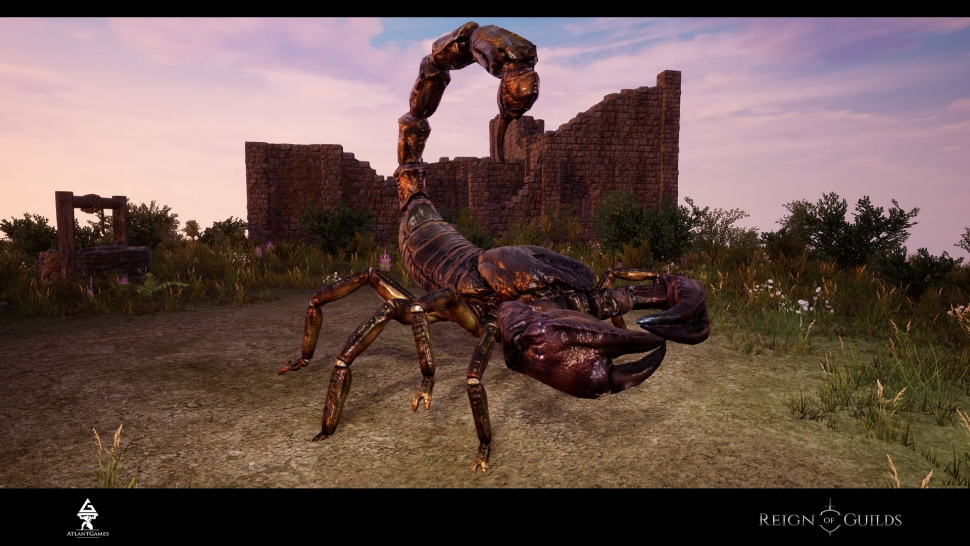 Of course they are! Moreover, the undeads will be represented approximately by 10 different kinds of mobs. 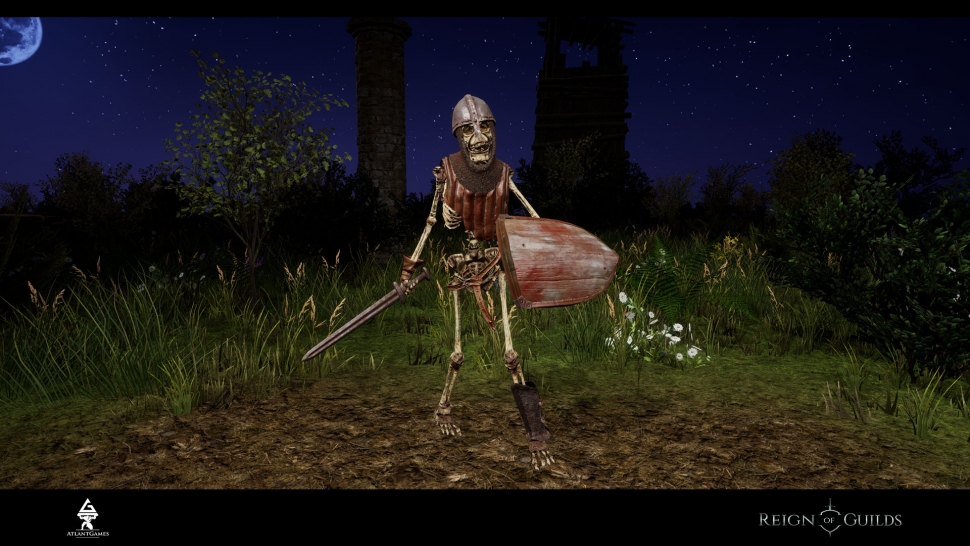 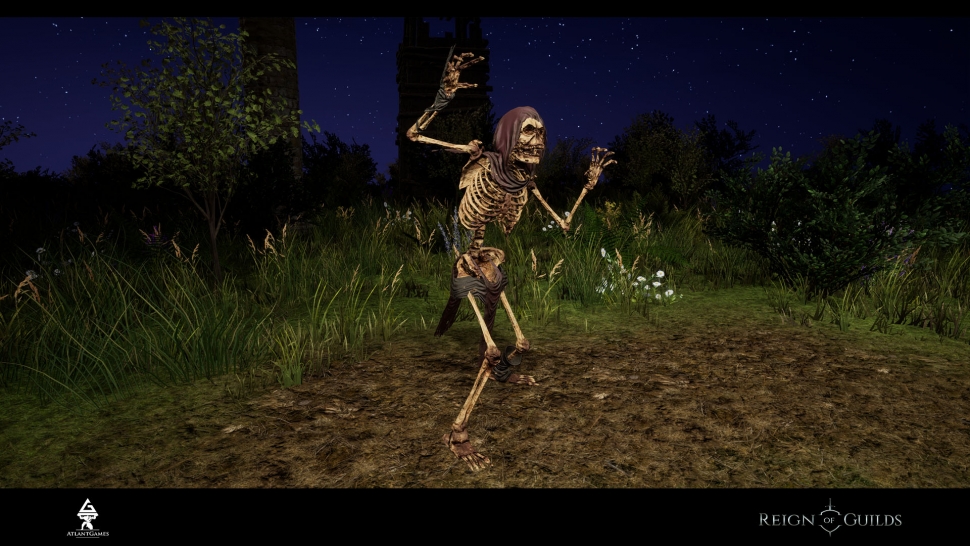 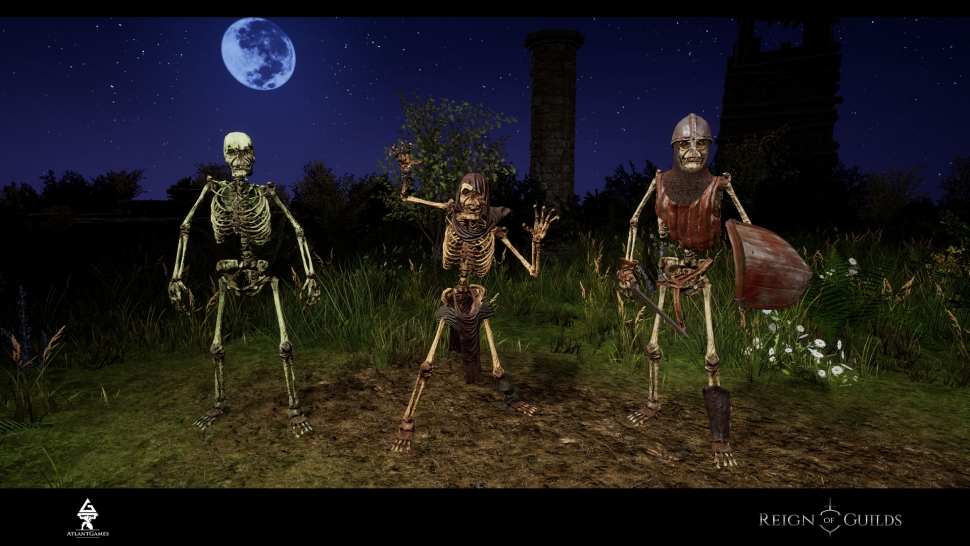 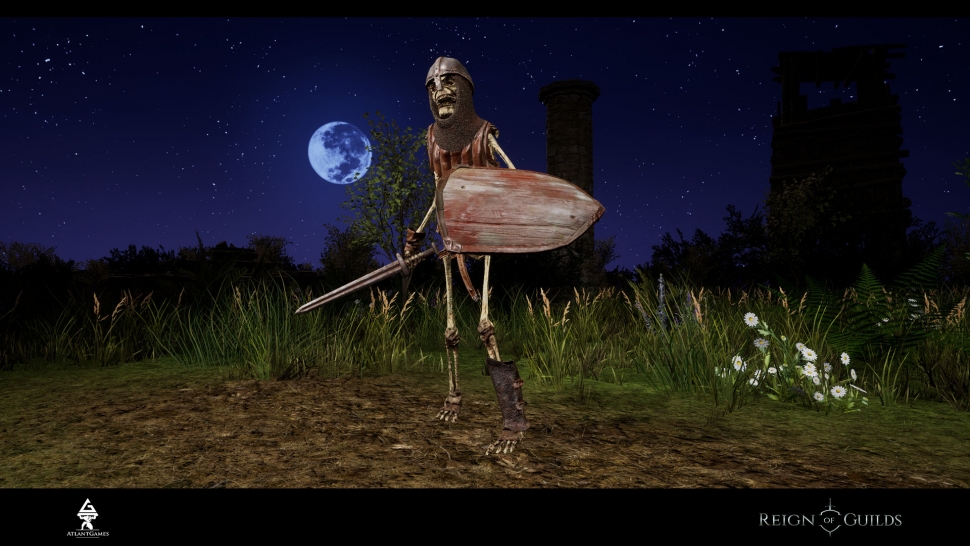 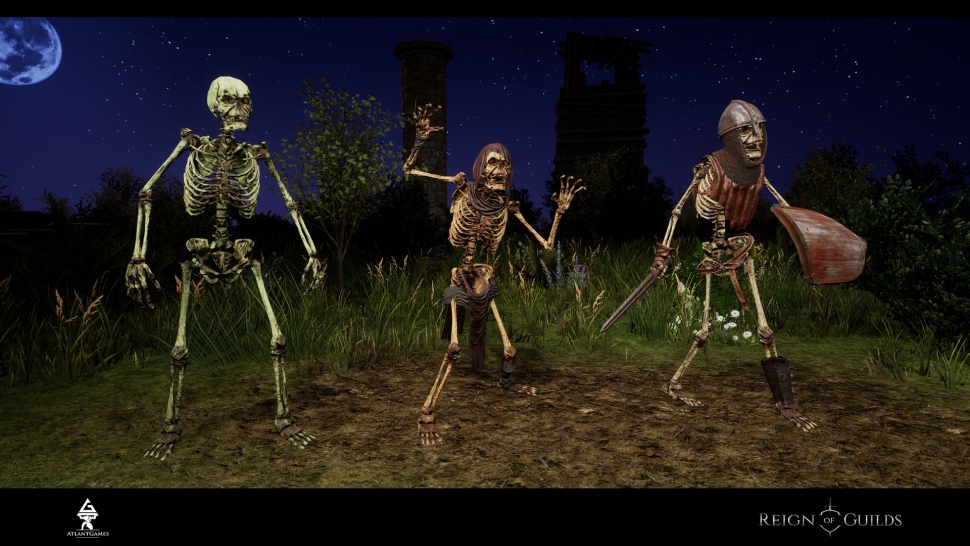 We're finishing barbarian armor sets as it comes up to release as next profession.

Gambeson and one more original helmet! 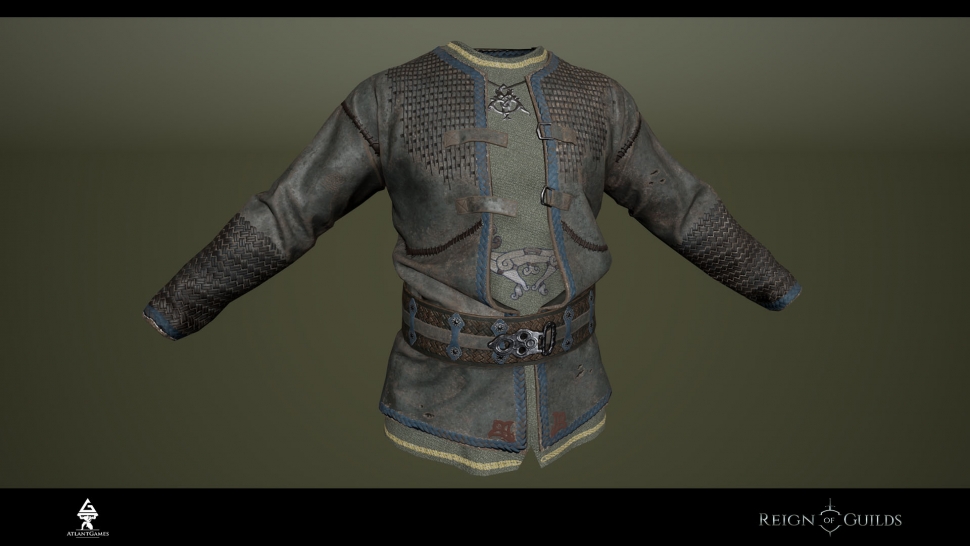 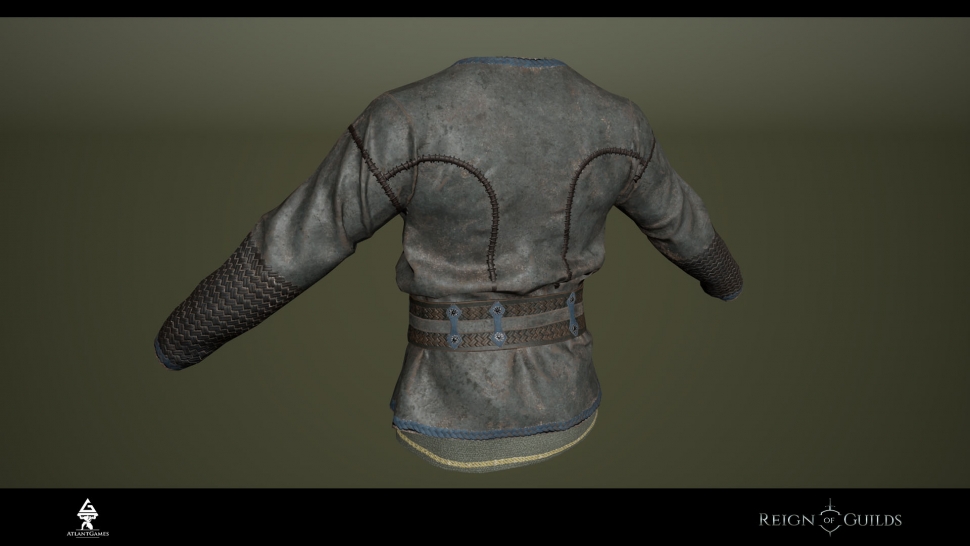 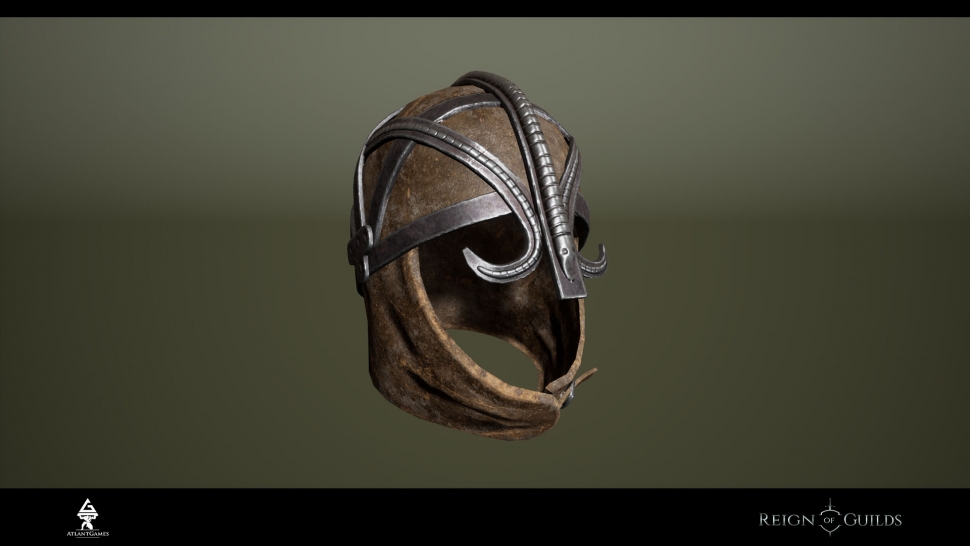 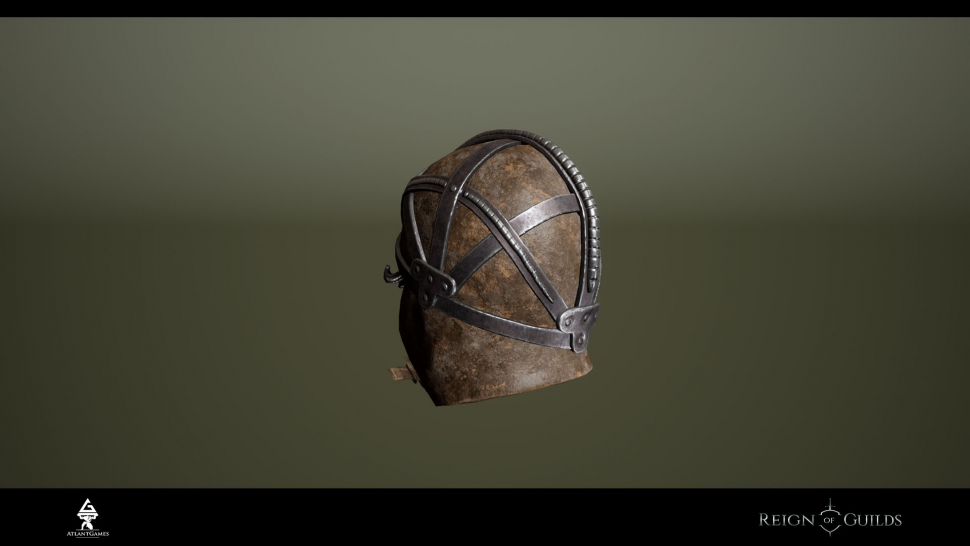 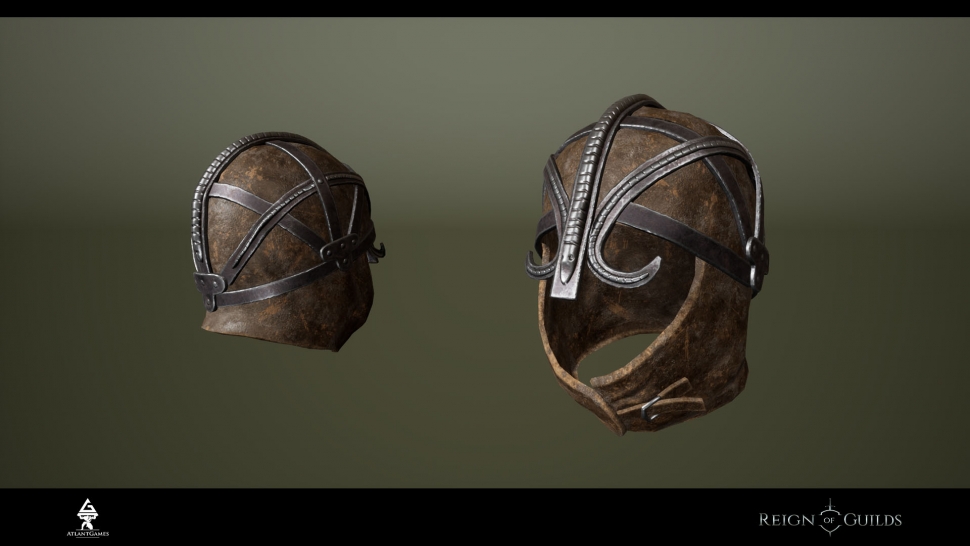 Well, a bit of history from the start.

Many of you remember that no one knows the story of the Dworran kingdom. But there are the stories of its inhabitant. One of this stories “About the Sovereign” will form the basis for the trailers and all the kingdom will have the echoes of it.

This story tells about the people, their principles, decisions and consequences. An attentive reader has already got that this is the plot depicted on the concept-arts.

Deserted castles, villages and towns of Dworran are the echoes of this story.

Powerful stone constructions look absurdly huge in the underdeveloped and poor regions where only huts and fields around and there is only one mill for a few villages.

This castle was resurrected for one purpose - to suppress the discontent and excitements and retain the power which had become a tyranny.

Castle is a tumbledown construction comparable to the castles of tier 3 (level 120) in size. You can capture only part of it in the game but the value will differ from the built-in one in the common mechanics “King and counts”. More likely this castles will become instances in the open world.

However, one of this castles, situated near the Harbour city, will serve as an arena for the testing of capture mechanics during the pre-Alpha, Alpha and even Beta-1.

Screenshots below provides the sight of what’s already done at different times of day and with the different atmosphere. The only thing left to do is visuals. 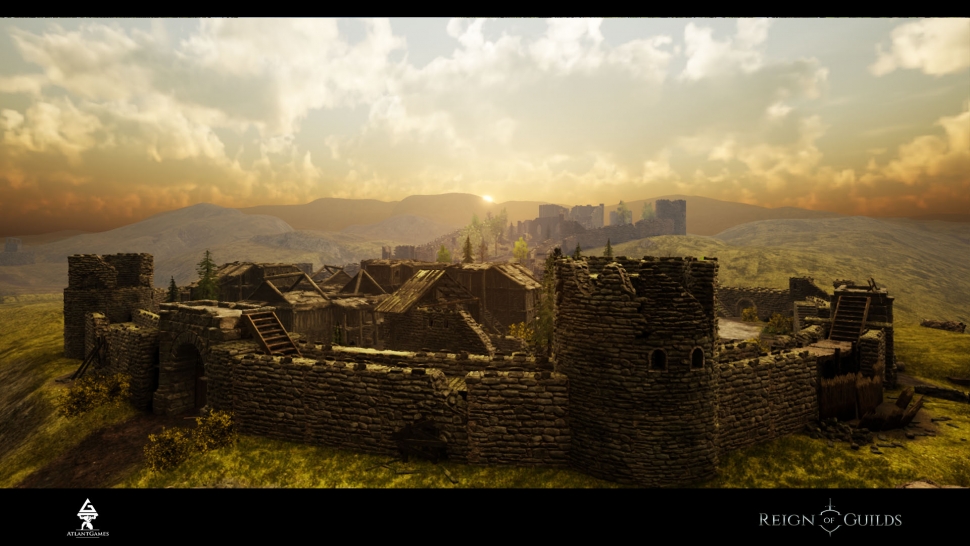 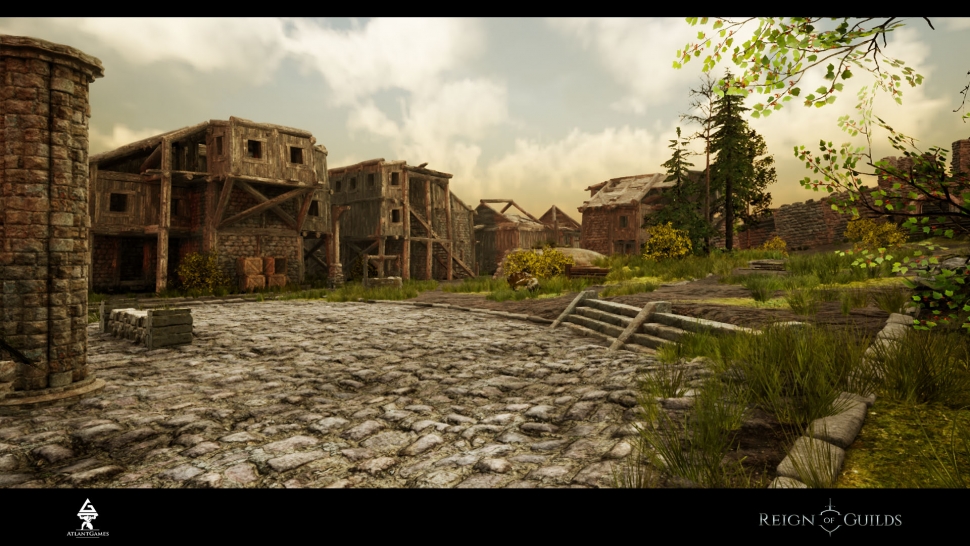 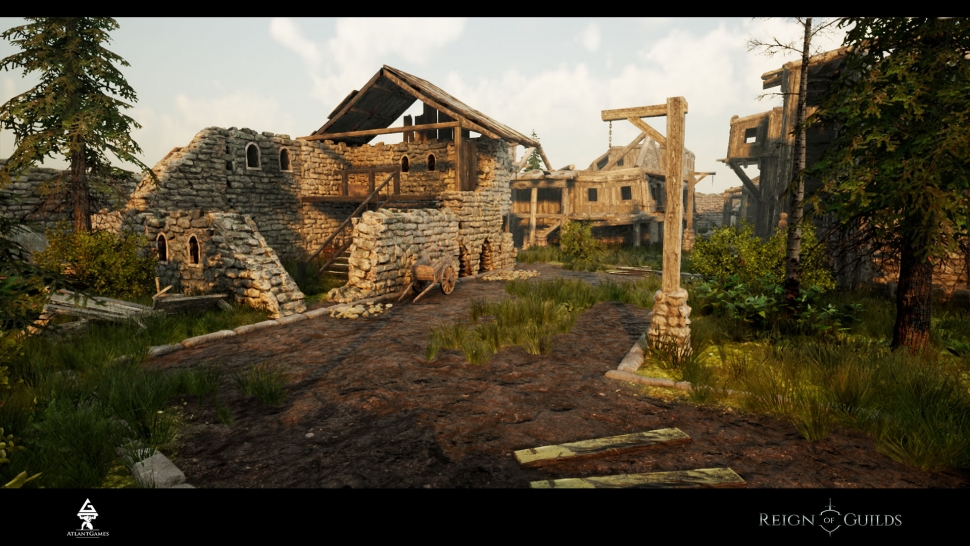 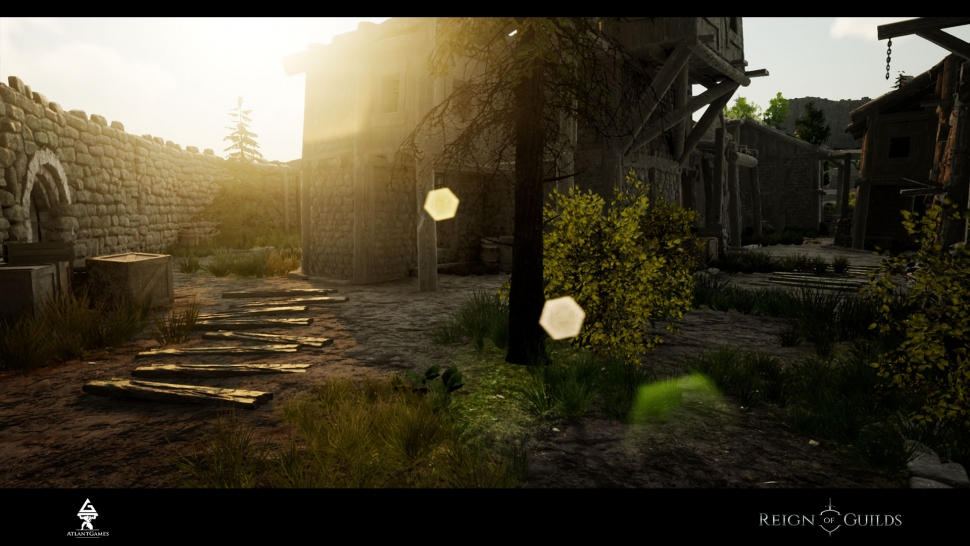 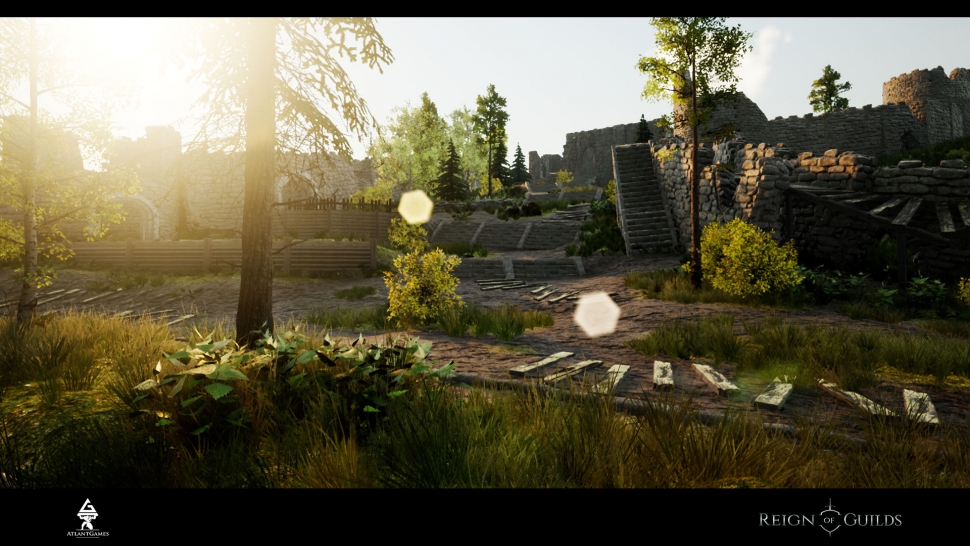 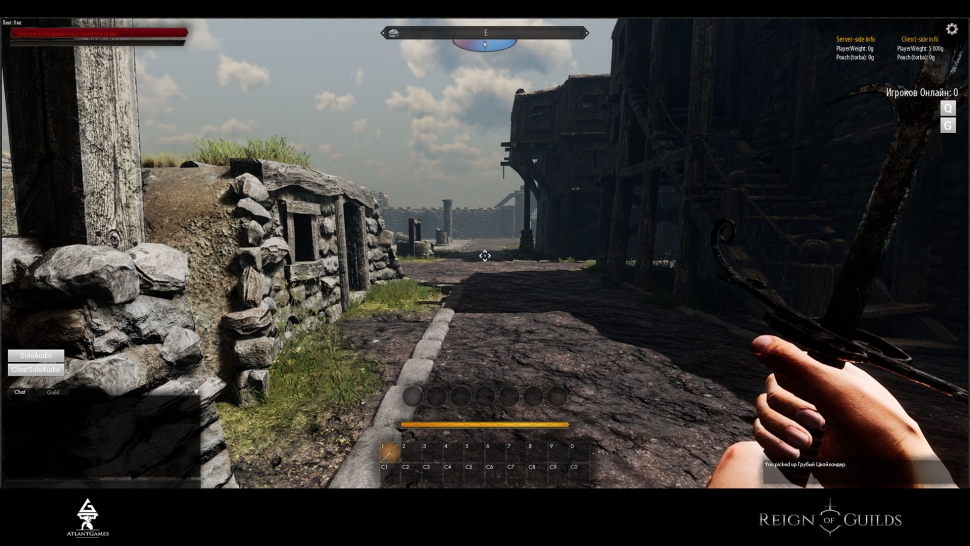 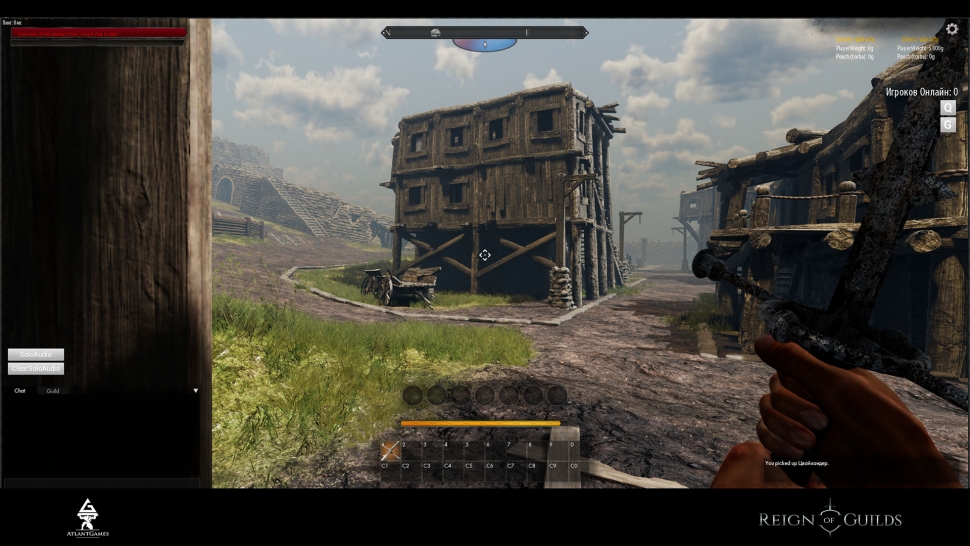 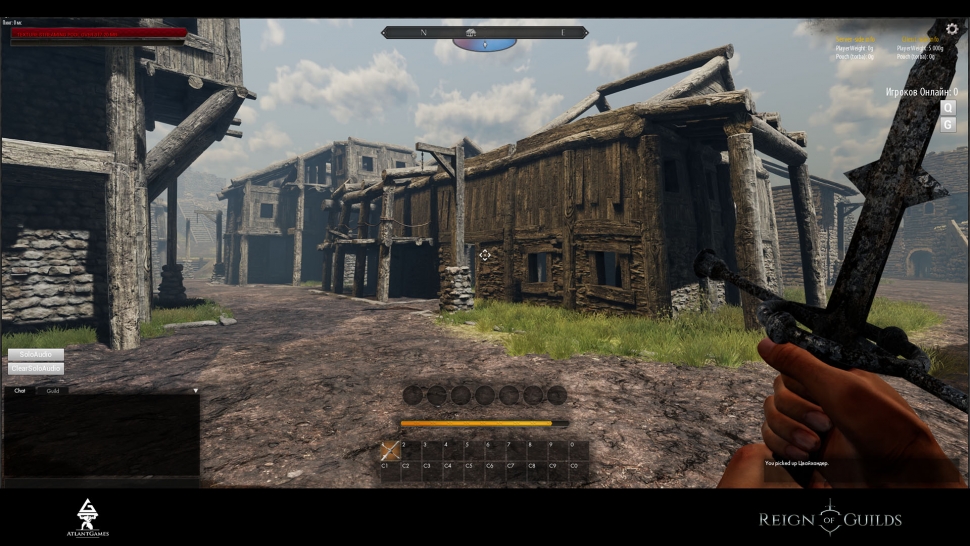 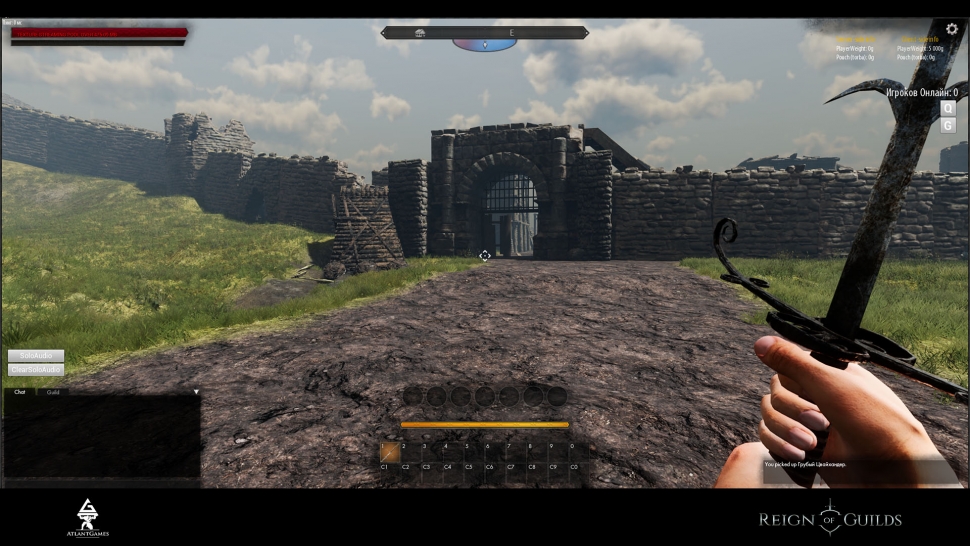 And we will finish our report with the pictures: 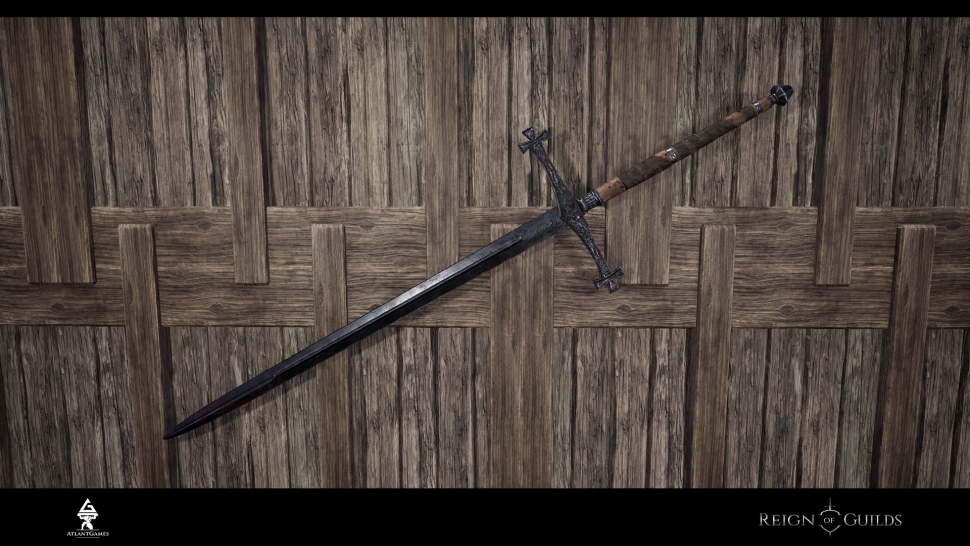 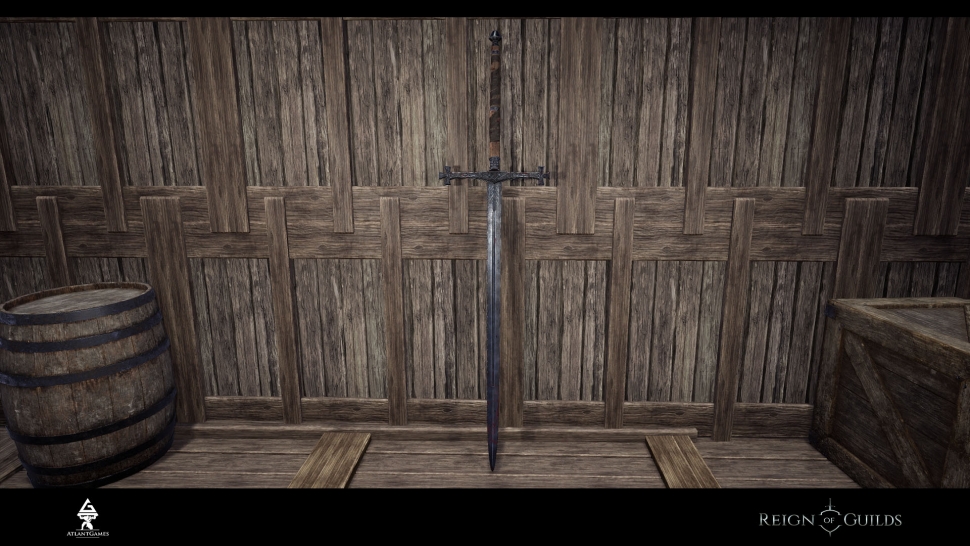 This is the Legendary two-handed sword (more than 180 cm). This sword was owned by the Sovereign. The model was done for the intro with the name of the game. After this we plan to make 2 videos about the prehistory of this intro.

The picture shows the low-polygonal version of the sword (14 thous.), that will be included in the game. And there will be only one legendary sword. Also the right of possession should be regularly proved, otherwise the sword will be handed to the other great warrior.

A little bit about around-development: