The second anniversary weekly report of Reign of Guilds! Today we talk about new 3D models, TrueSky, DFAO, ocean and about optimization.

Notice: We respect the desire of the IndieDB community to get familiar with the new projects within IndieDB, so we decided to publish regularly (every 2 days) previously released reports on our IndieDB page, until we catch up with the current ones. By the way, you can read all the reports on our website.
Reign of Guilds roadmap - combines all development reports at one place.
And here's our Weekly report #20 (originally released 02/01/19)​

The second anniversary weekly report of Reign of Guilds.

[typing this text, the author can’t believe that 140 days have passed since the publication of the first weekly report]

But we work here, so we leave the sentiments and personal feelings aside.

Let’s start with the "got mad"!

Our commission that checks the level design looked at the castle barracks and the chairman said: “that would be ok, if not beds…”. And he was right.

We needed the beds for the barracks. However an army order (i.e. perfectly made beds weren’t good enough for us because it looked boring as if we used 1 bed for the whole game). And also the guards are the mercenaries instead of the regular army. That’s how we got this beds, presented below.

The structure is modular as in the many other moments of ROG. It lets to create many variants in place - here to hang a bag, here to put a blanket more messy or to hide the cards under a pillow.

By the way, the players were distracted while a Jack clubs was trumped by a Queen. 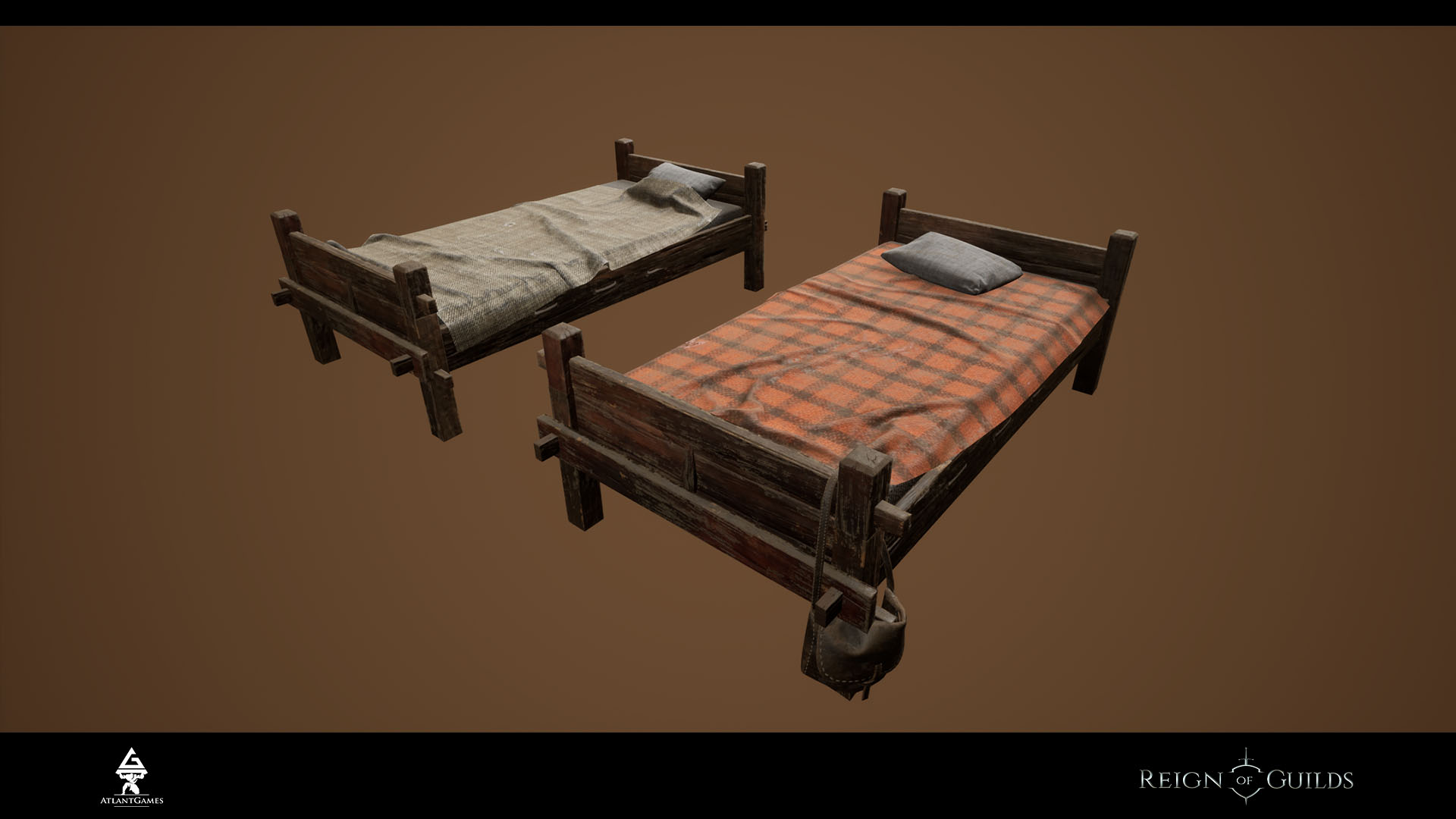 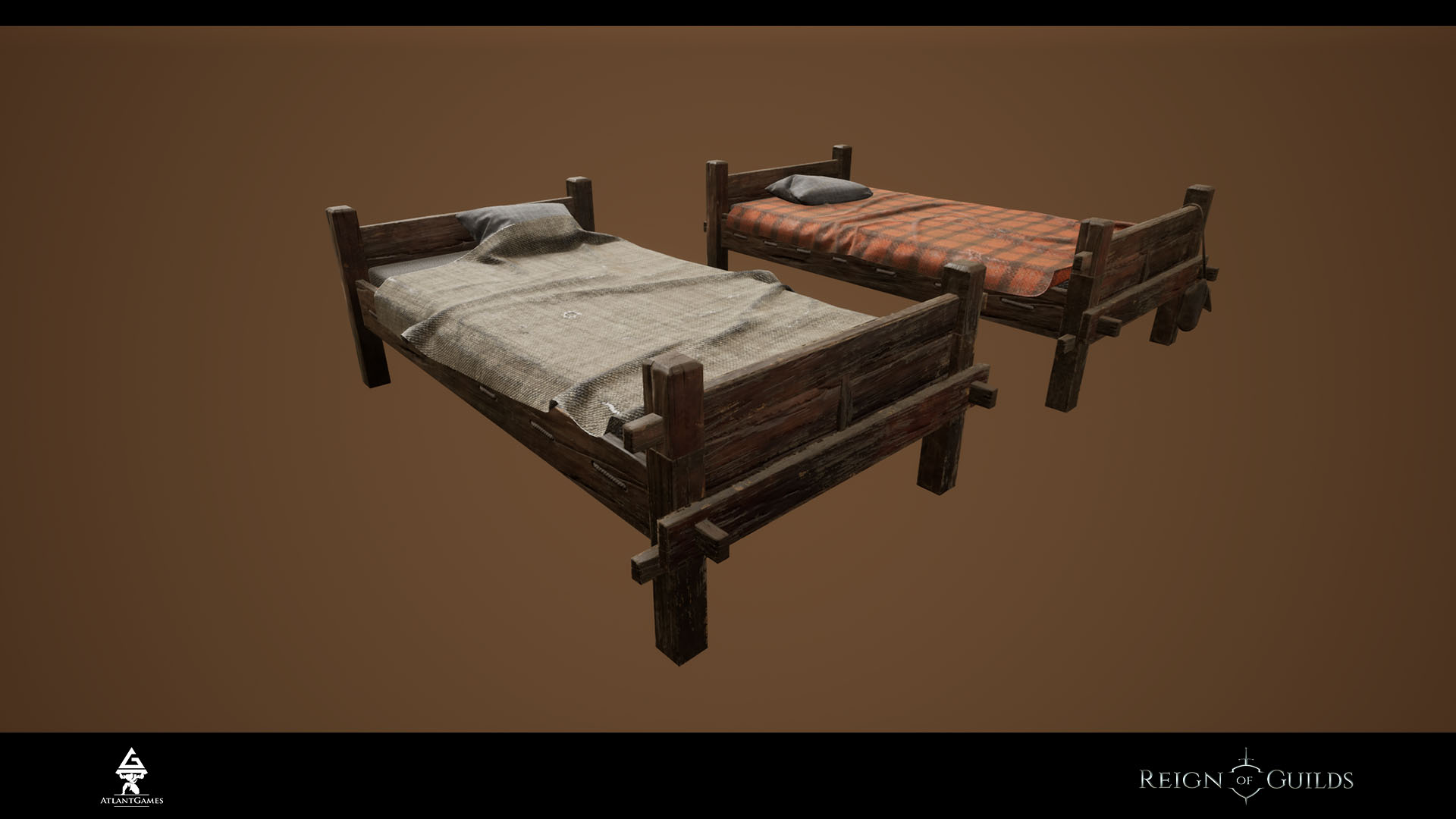 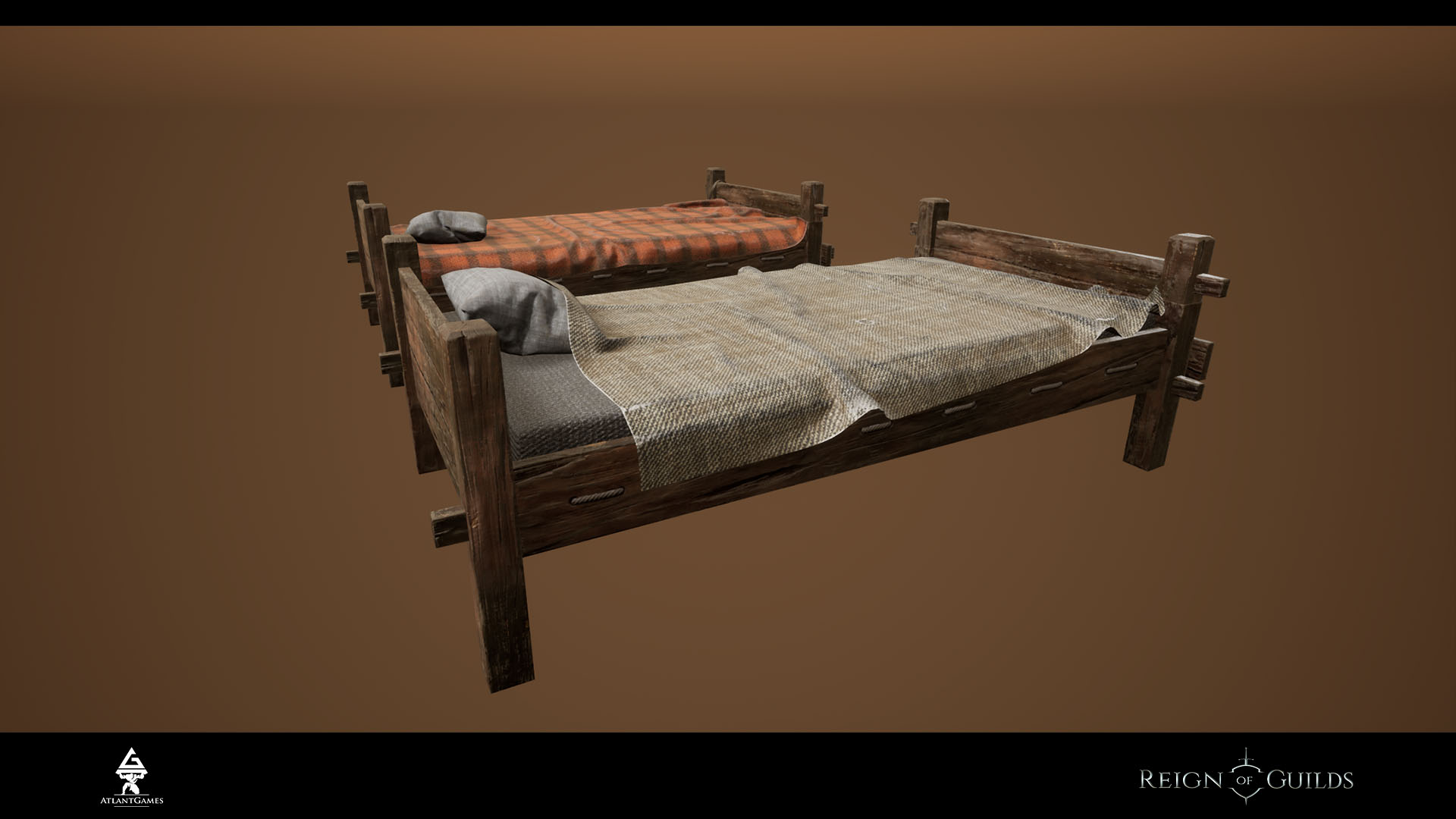 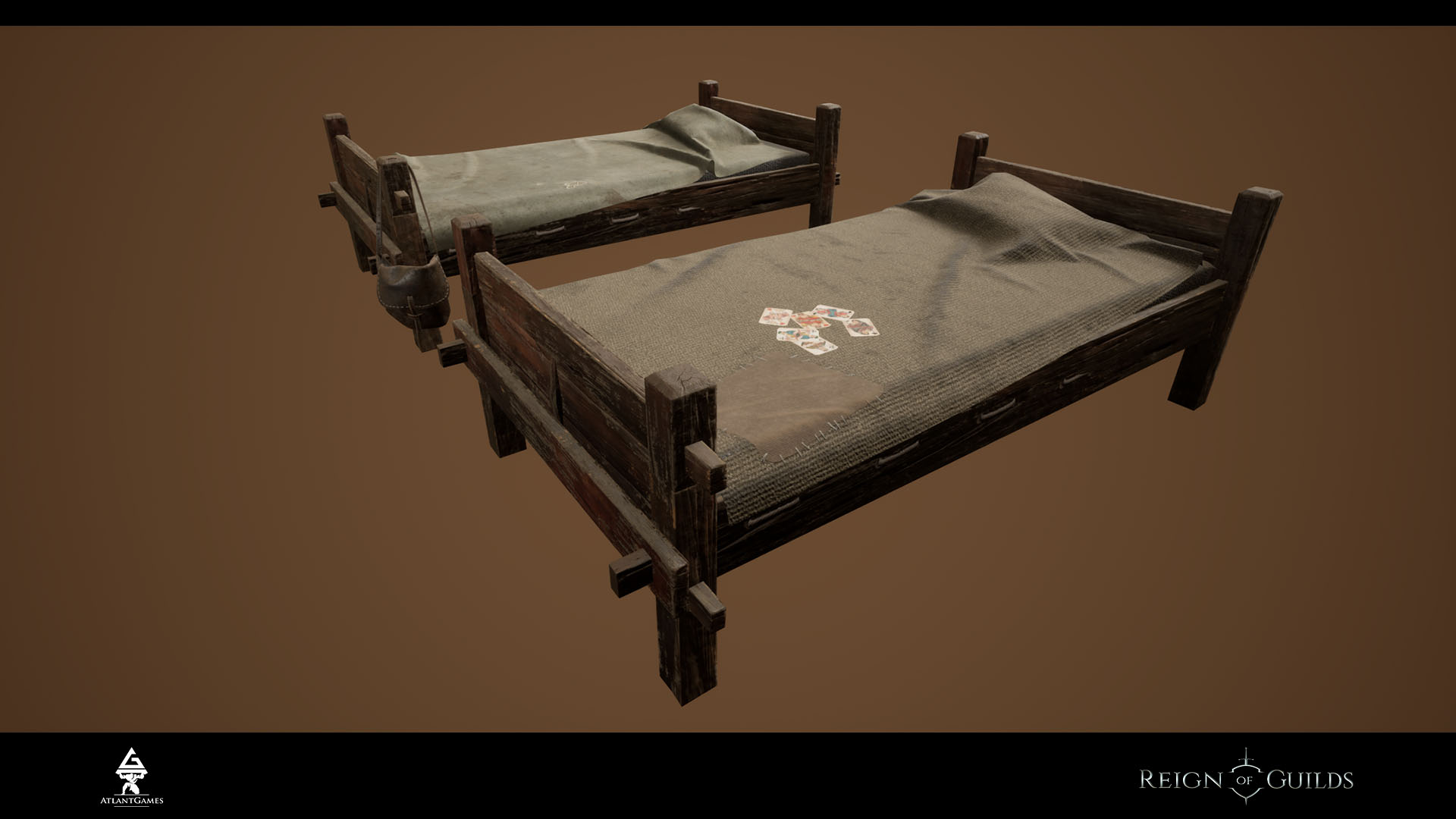 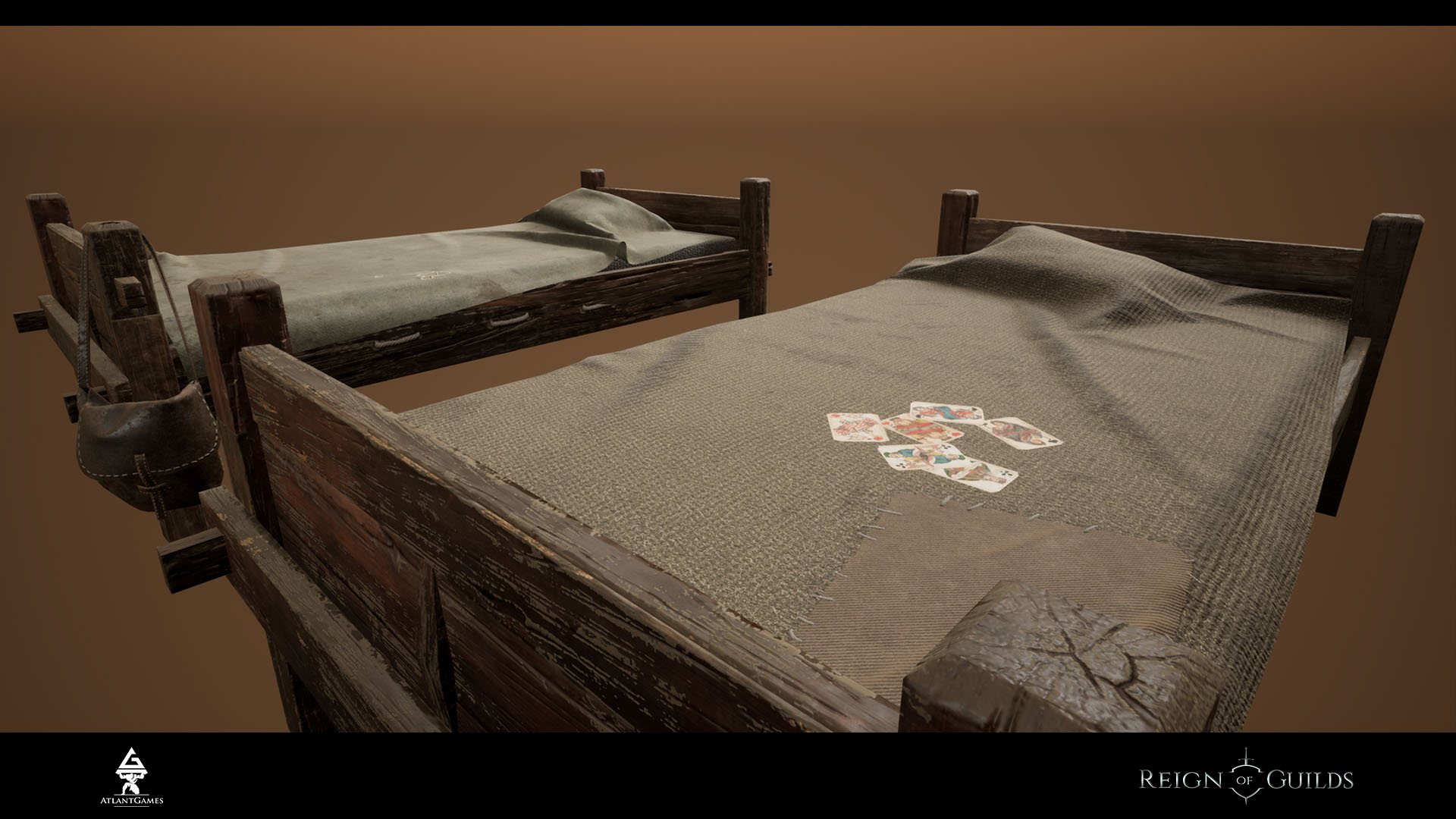 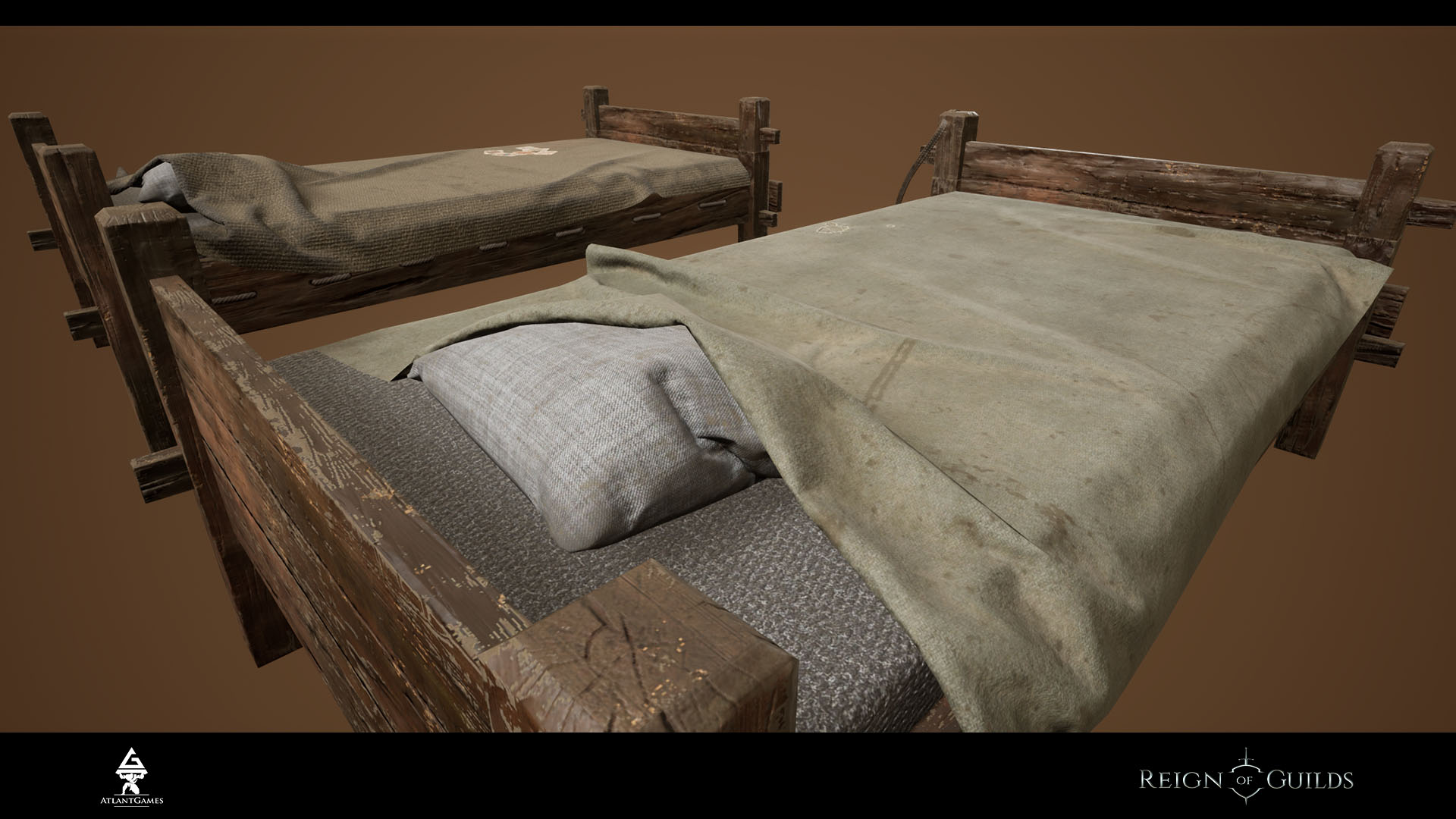 We will continue with the pictures and then we’ll go to the statistics.

As we have already told, Dmitry is responsible for the optimization now. He not only doubled the FPS but also as a creative person in agreement with the scribbler Mikhail tries to improve the picture, using cutting edge technologies.

The shots below represents the implementation of TrueSky technology with the ocean and DFAO UE4 function.

The main advantage - three-dimensional sky, water with the progressive physics that perfectly interact with the natural light. And we are satisfied with it because the original atmosphere is reaching a new level. And it has amazing optimization "out of the box" and that’s why the falling of fps won’t be higher than 6% in comparison with the previous build "light+water".

This technology is convenient because "box" settings are so perfect that it saves a few dozens or even hundreds of man-hours. There is no need to set the light parameters by hands. 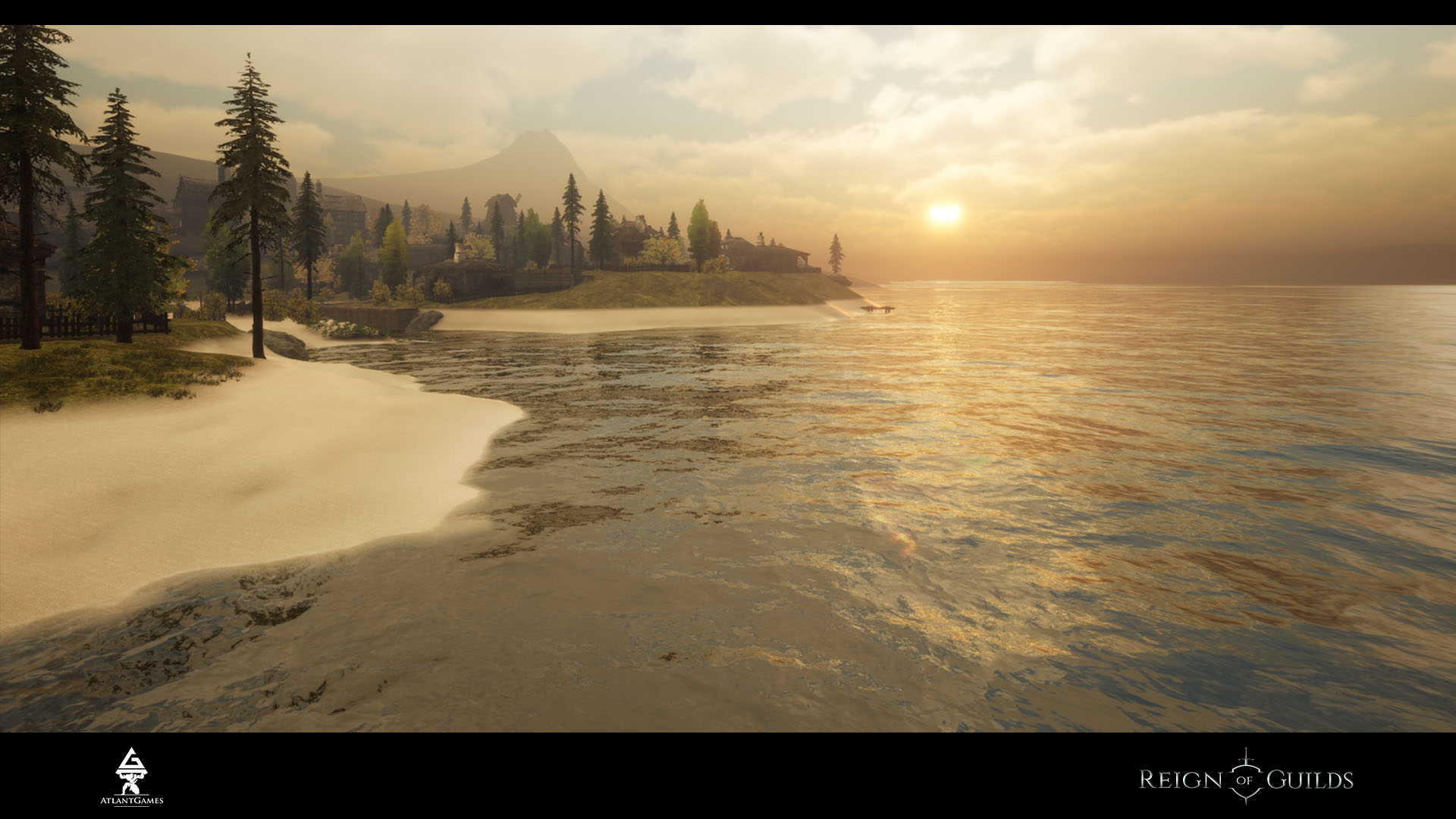 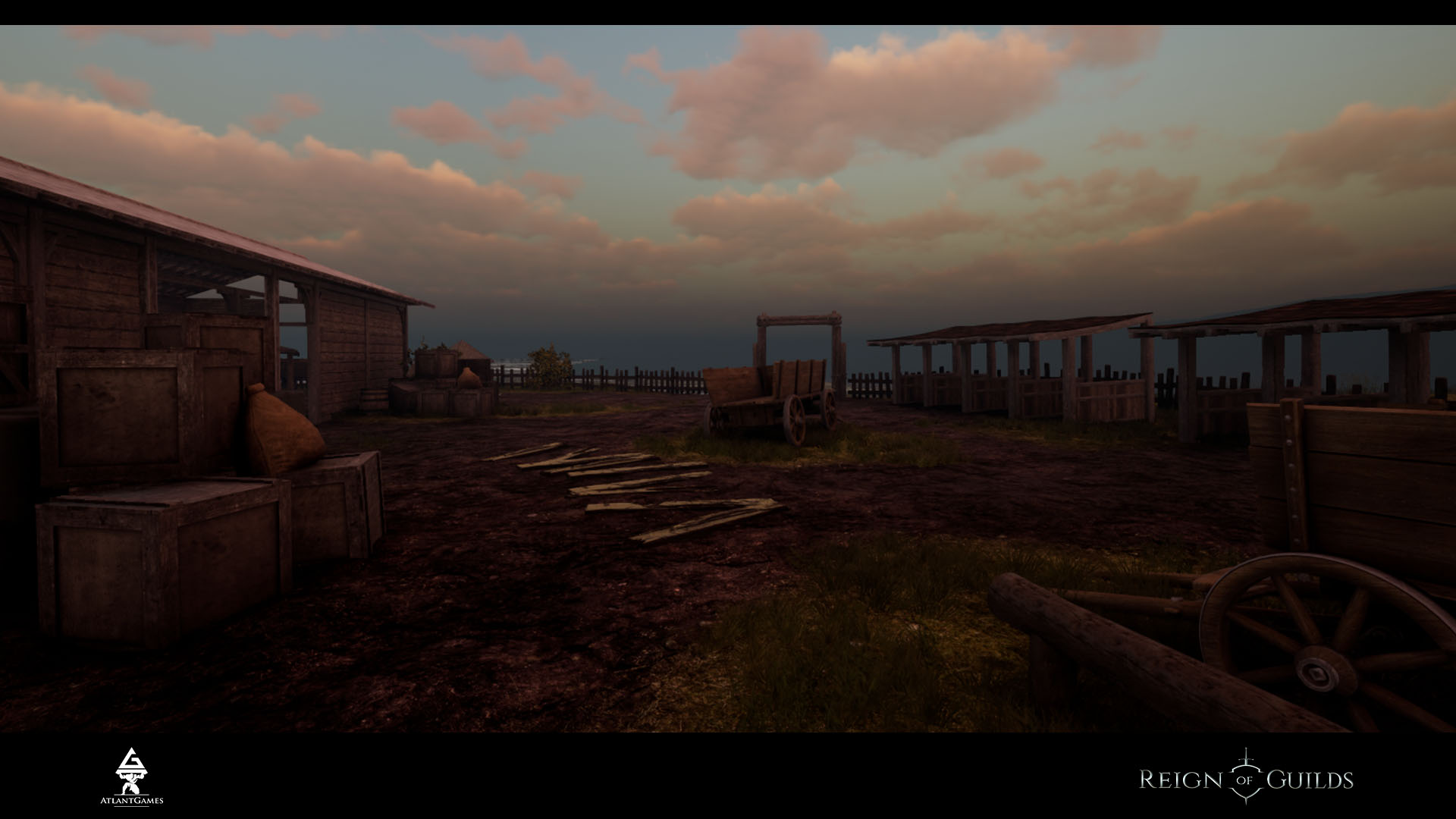 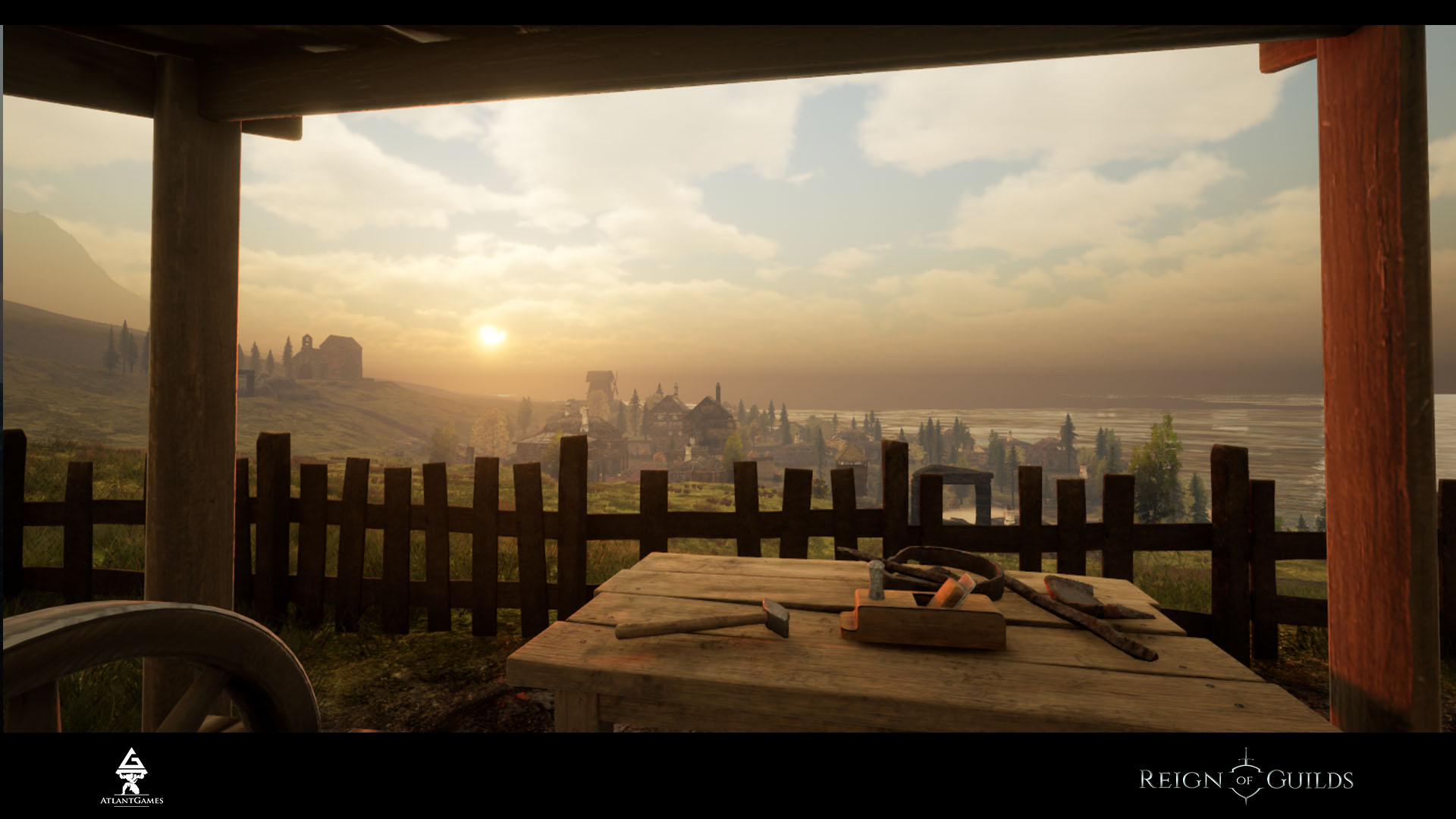 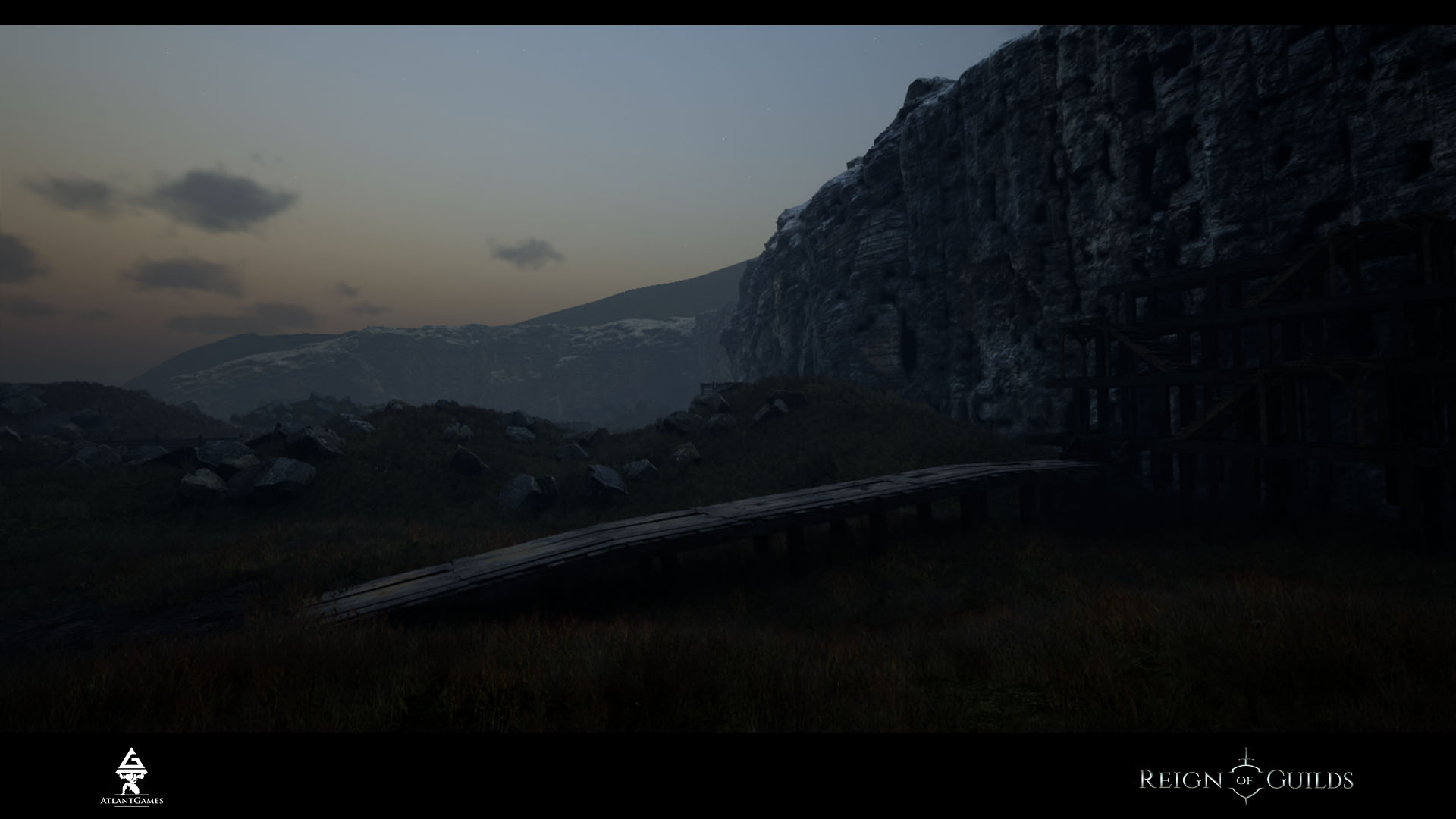 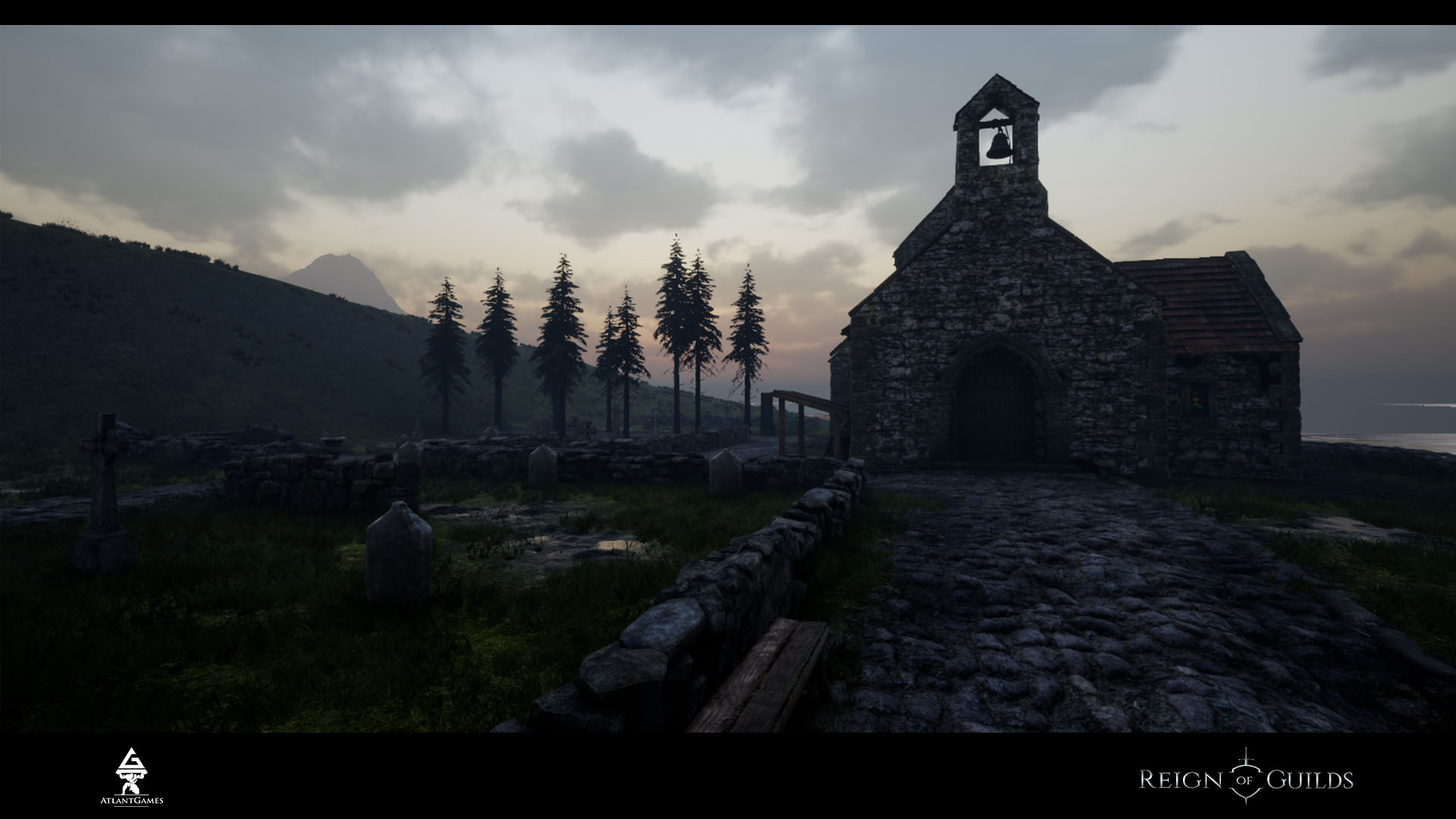 Let’s talk a little about the optimization of the complex stuff for the landscape.

In an age of 2.5D stuff we can tell that the main choice is between the parallax and tessellation where the first method gives real 2.5D, but it costs more expensive.

If these were a few square meters of a wall we will certainly choose the parallax but when it came to kilometers we had to choose [spoiler: actually we didn’t because parallax didn’t leave us the choice]

Comparison of the output: 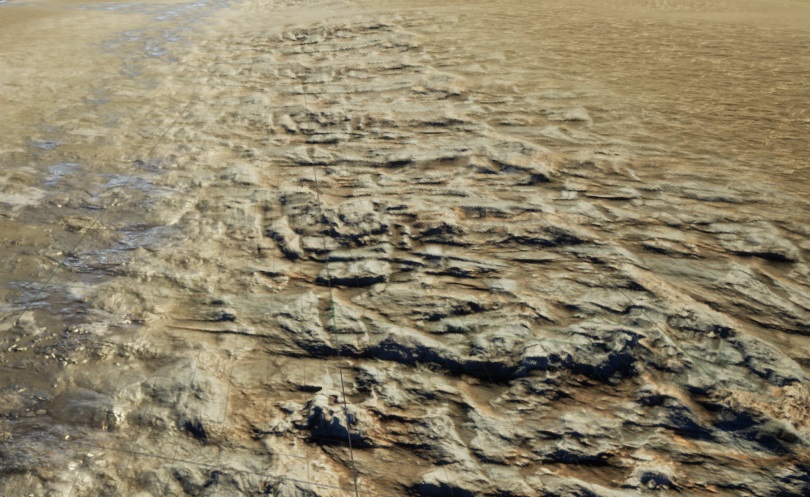 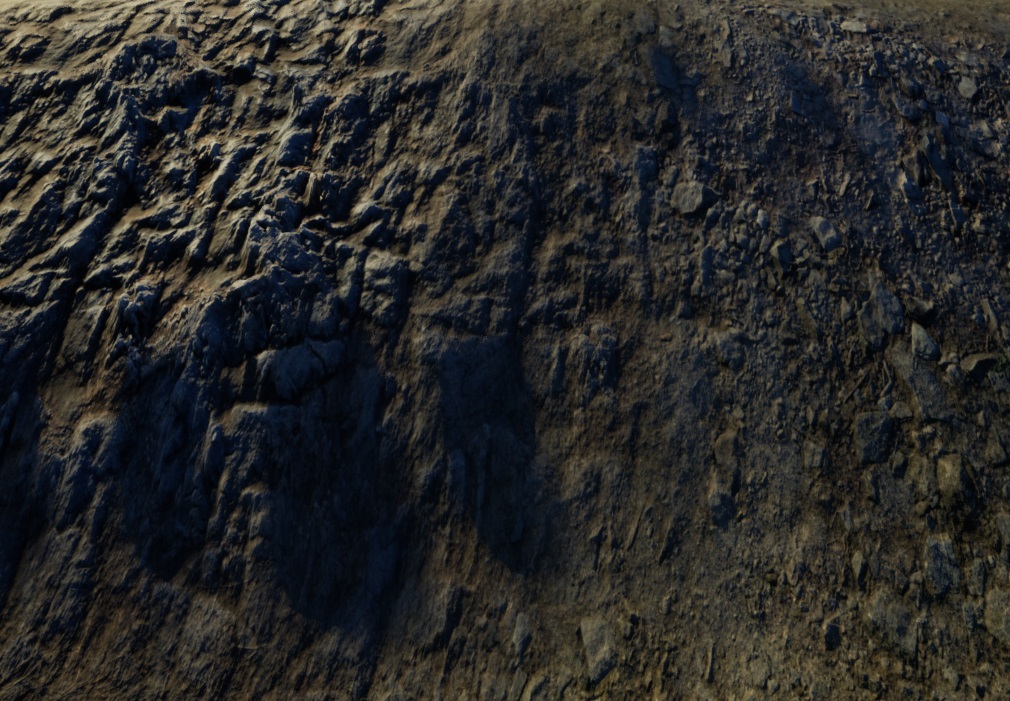 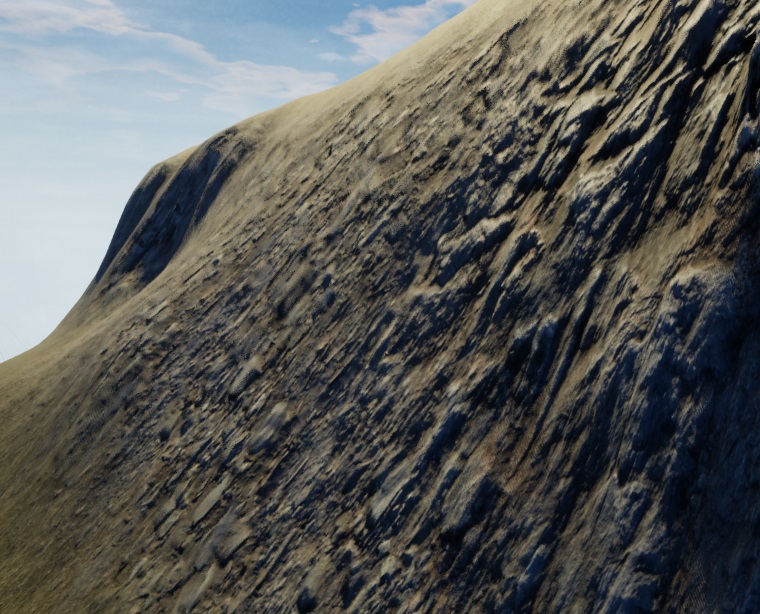 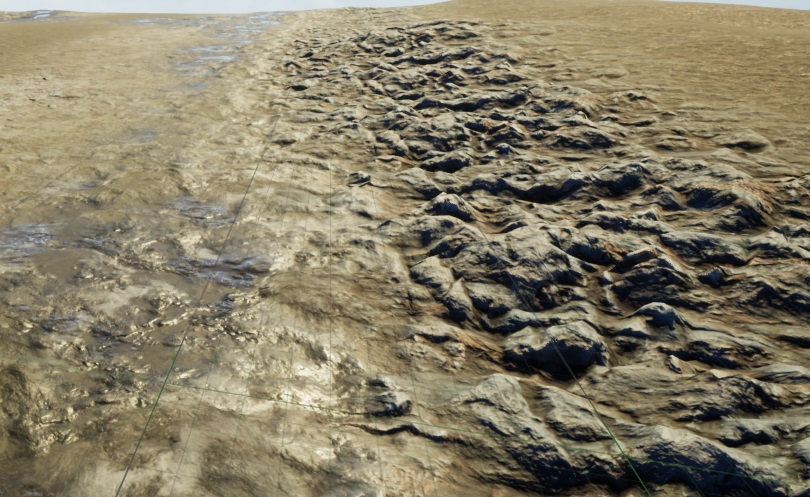 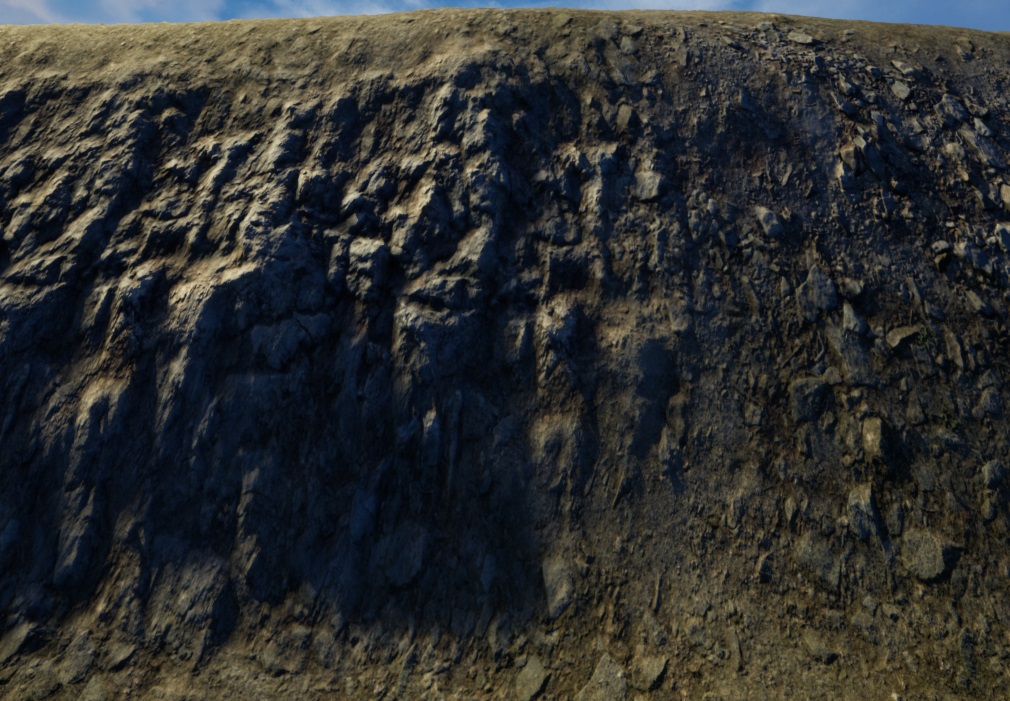 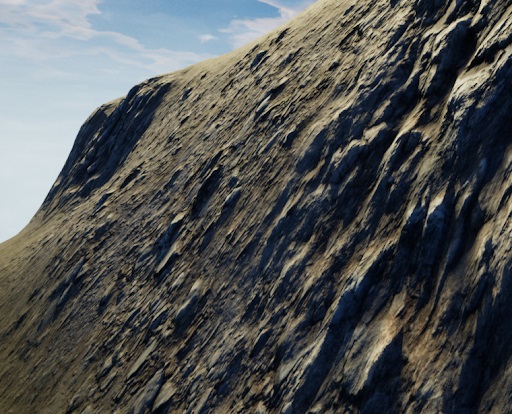 For the landscape the only variant is undoubtedly tessellation. It almost doesn’t lose visually. Sometimes it wins, especially with the chaotic-rough surfaces but it almost doesn’t fit the even road (where every stone has right angles).

On PTR we added everything that was planned:

Plans for the next week:

Your sincerely,
Reign of Guilds Team

This looks really good so far! Good luck with the further development.