NS2 will be released on Steam in five days, smack bang on Halloween.

Right now, there are five maps in the beta: Tram, Docking, Mineshaft, Summit and Veil. On launch day, that will change. It is our pleasure to present the sixth launch map: Refinery, designed by Andrew 'Insane' Jones. 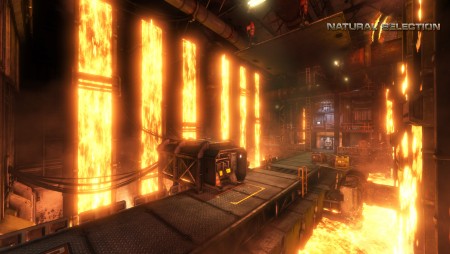 Refinery was conceived as one of four original official maps, along with Tram, Mineshaft and Docking. Each one of these maps represents one part of a huge mining and refining facility. In Refinery, large machines process ore from Mineshaft, transferring it to tracks that will transit Tram, all attended by workers who have their quarters in Docking. Of course, where there is ore processing, there must be lots and lots of lava. 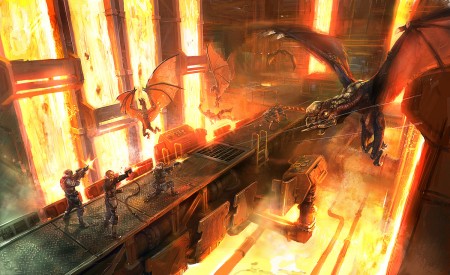 The development process for Refinery has been long and rather bumpy. It has been under construction for over two years. When the map was first started, NS2 had teams starting in static locations, and the layout was designed accordingly. Refinery was to be a a small, fast-paced map, based around a central Lava Falls area. As NS2 gameplay evolved and matured, this design proved difficult to maintain. The addition of random start locations was particularly challenging. 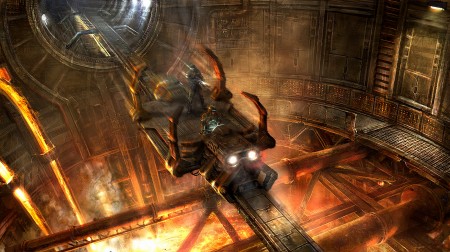 As the map took form, this much was clear: Refinery was visually stunning, but the game-play just wasn't coming together. It had grown far too big, random spawns were troublesome, and the same feedback kept coming in: no real game play ever happened in Lava Falls. 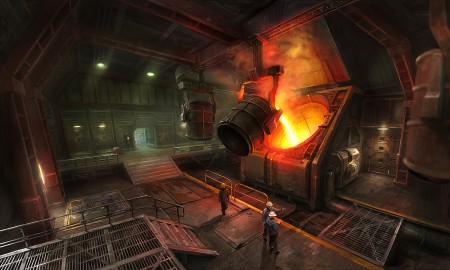 So Refinery was, er... refined. A lot. Every facet of NS2 development has been touched by the community, and Refinery is no different. A dedicated group of volunteer Map Testers has spent countless hours inside it, playing thousands of games. More on that below. 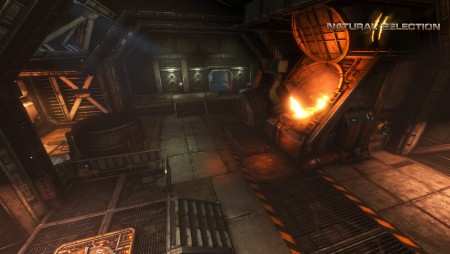 A key difference you may have noticed between the concept art and screenshots here are the changes that have been made to improve gameplay. Techpoints were moved into recesses to make them less exposed, and aliens were given a fairer chance with the addition of plenty of cover. And all the time, the visual quality of the map was being steadily improved. 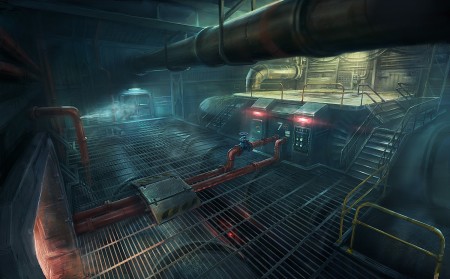 Andrew has mostly been working on NS2 part-time, and Oli “dux” Hobbs helped to flesh out the visuals in several key areas, including the Turbine tech point. This is also one of the many areas on the map that benefited greatly from detailed concept art by Cory. 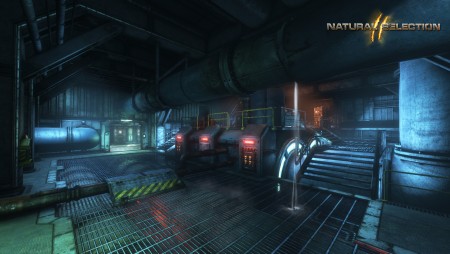 This summer, things started to really come together. Liam “PogoP” Tart joined the team as an Environment Artist and immediately set to work creating unique props and textures for the map. Thanks to Liam’s level design experience, he was also able to bring some of the more neglected areas of Refinery up to the same visual quality as the rest of the map. Working as a pair, Andrew and Liam raced through the remaining tasks on the map. 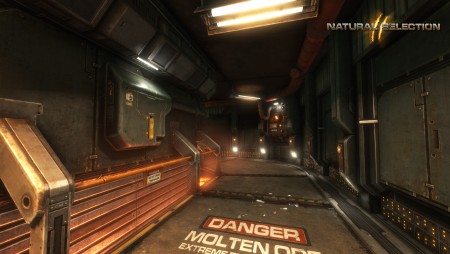 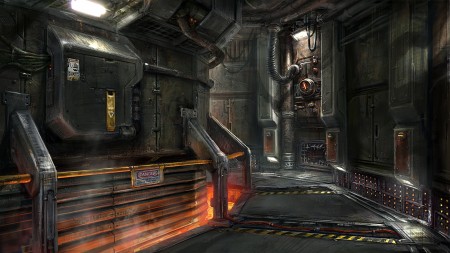 Around the same time, a second blessing came in the form of the Map Testing group. Lead byDillon “WasabiOne” Savage, this team of competitive NS2 players were brought in to intensively test all the NS2 maps. Things started slowly, but after a while a real flow and rapport was built up, which came at the perfect time for Refinery. The Map Testers pounded it into shape with excellent layout ideas, including the suggestion that Refinery return to a static spawn system.

Because Refinery is the last map out of the door before 1.0, we had the chance to go through a lot of old concept art and see if we couldn’t fit it into the game. One such piece was the one above, which we had never managed to find a place for. But when the time came to design Refinery’s readyroom, it seemed the obvious choice, as well as a fitting reference to the map’s early development origins. 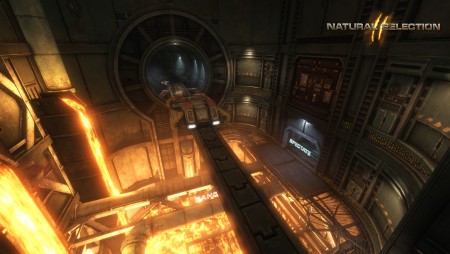 We can't wait to join you on launch day for some molten-lava frags!