Post news RSS Redneck Ed: Astro Monsters Show: Do you love Easter Eggs as much as we do?

Retro items, hidden messages, and all sorts of other little details paying tribute to your favorite movies and artists - all in one game!

Working on the beat 'em up Redneck Ed: Astro Monsters Show we decided to adopt an unconventional approach to level design and literally crammed every in-game location with references - retro items, hidden messages, and all sorts of other little details paying tribute to your favorite movies and artists!

When you come across an alien band rocking out on stage in front of an audience of grotesque humanoids, slow down for a second and take a closer look at the performers. Music lovers may quickly recognize the unmistakable features of certain famous personalities!

In addition, functional secrets are generously scattered around most levels. Finding some of them will require quite a bit of effort on the part of the player, testing their savvy, knowledge, and whatever else humans use for problem-solving. One such puzzle involves Ed locating a disguised... QR code somewhere on the station. Try to find it!

But what beat 'em up title can do without boss battles? Here is where we really let our imagination loose: every arena is fashioned after the style of the boss inhabiting it, taking into account their special moves and unique fighting mechanics to make sure that the gameplay never grows stale!

One such duel against the menacing Honey Man will transport the player to the heart of a giant honey factory, where they will have to adapt to walking on sticky surfaces and learn a few new tricks utilizing random objects littered around the room to claim victory. 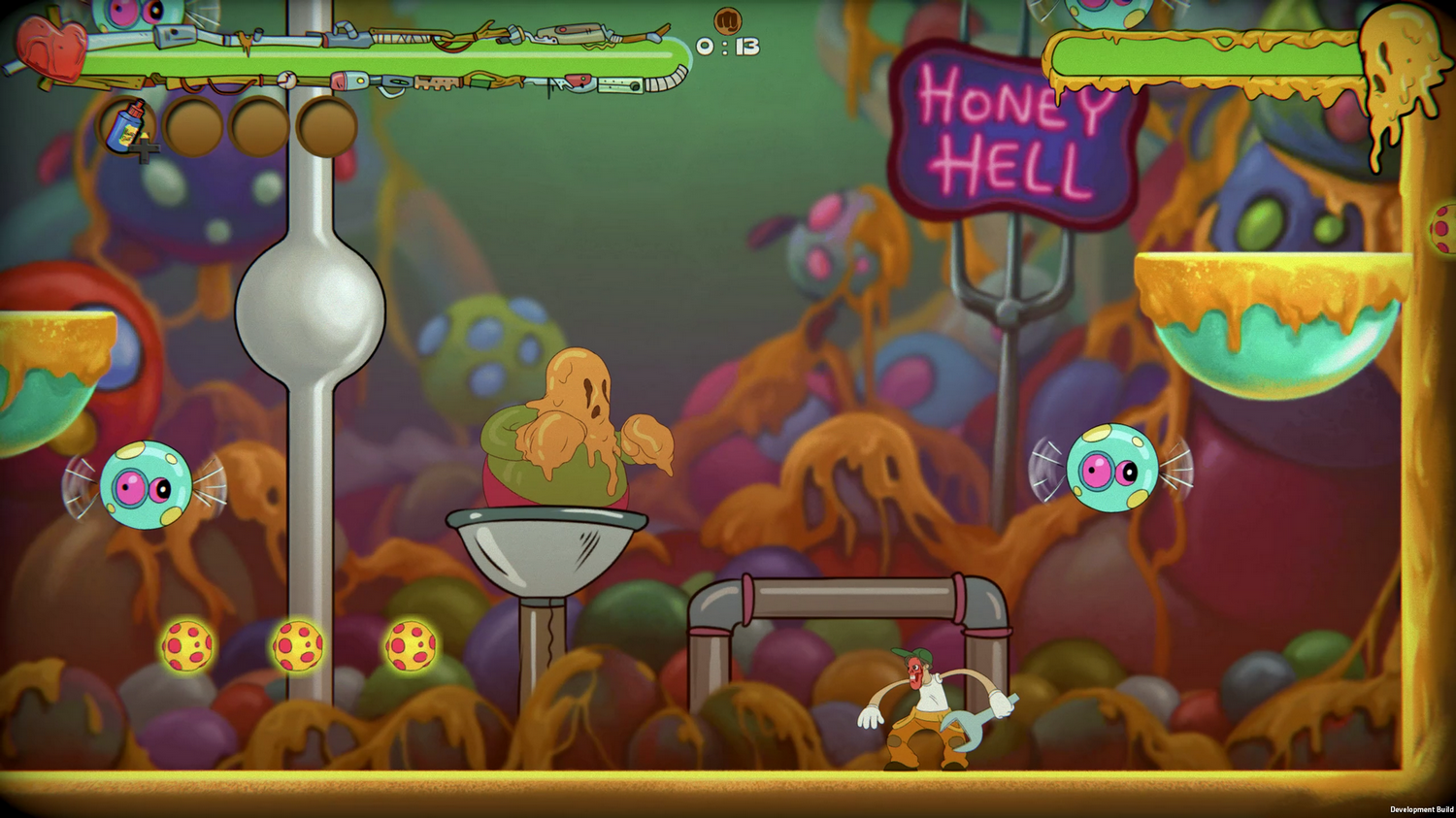 Tying all of the things mentioned above together, one of the big bads called Smile will ambush Ed in a throwback area, reminiscent of the 80s arcades where many kids once started their journey into the world of video games. From the palette to the punk tunes, from the boss's weapon to the billboard in the background - everything here contributes to plunging the player into that special atmosphere of those early years and associated wild antics.

The game's release is planned for later this year, so stay tuned and add Redneck Ed: Astro Monsters Show to your wishlist on Steam now.