Reditum, a surreal themed adventure-puzzle platformer game which has a deep story, is on Steam Greenlight now !

Having devoted his life to unlock the mysteries of time travel, a scientist hijacks a spacecraft, intent on finding the key in a black hole.

The new world constructed from the spacecraft’s field data, a gorgeous world where magic and technology are inextricably fused, is facing utter destruction. Elliot, to whom the scientist’s story has been ceded risks everything to save the planet. But the planet’s sustainability is dependent upon the life-force of a girl named Evalia. Despite all of Elliot’s efforts, Evalia loses her life in an epic ceremony. Only one force, a force obscured by an unsolved puzzle, can bring Evalia back.

There have been whispers of a stone, found many years ago in a black hole. Magician after magician sacrifices himself in a vain attempt to find such a stone. If the whispers are true... Can it truly turn back time?

Elliot journeys to the world of Pumilus determined to find the answer, to bring back Evalia, and to revive the planet."

Finally, we have just published our Steam Greenlight Concept Page ! Concepts pages not about publishing a game in Steam but we are waiting your comments and likes for help us to build a community and a fanbase 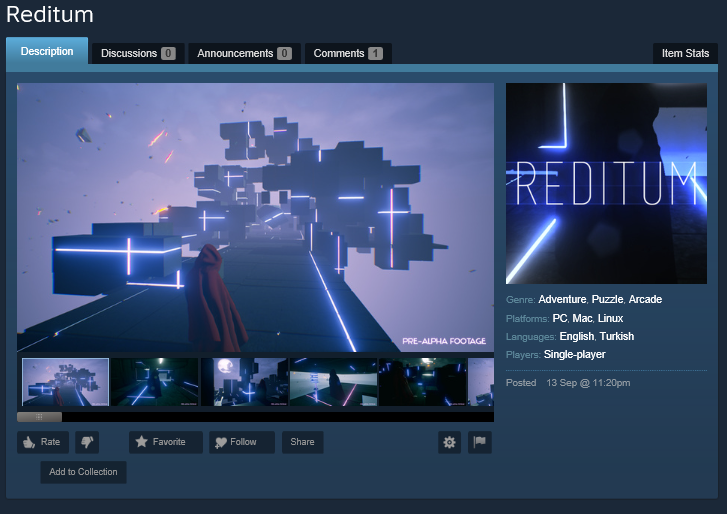