We are delighted to announce that our first game Recourse is now available on Steam:
Store.steampowered.com

Recourse brings together elements from puzzle, platformer and action games in an arctic setting.

Length: It takes about 20 hours to finish the core game. Unlocking all possible secrets and achievements will take more depending on how good you'll become in the end. The core game consists of 13 large Puzzle maps in addition to 4 Payload and 4 Wave Rush levels.

Puzzle variety: Recourse uses a large number of puzzle elements that are combined with each other in various ways. There's very little repetition to make sure you are faced with a fresh challenge every time and can enjoy the satisfaction of that "Eureka" moment. Puzzle difficulty starts off as easy and increases as you progress with the introduction of new elements. 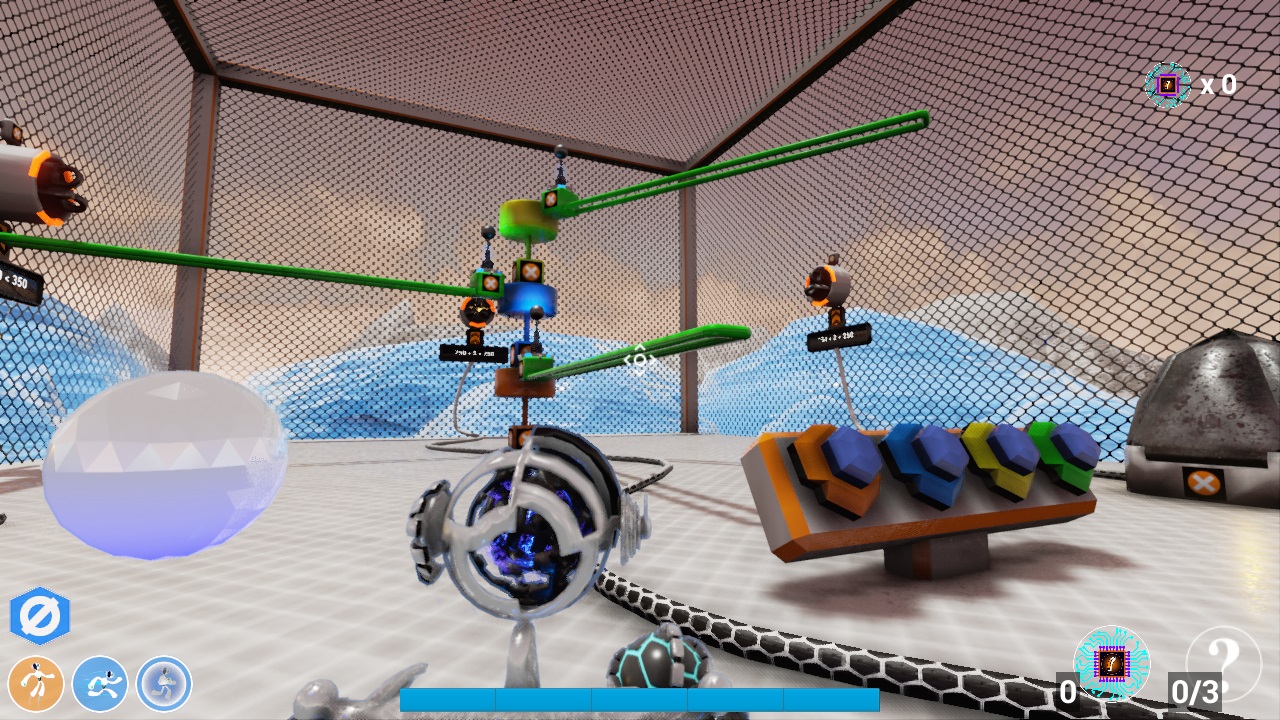 Character mobility: Dash, double-jump and grapple your way around the levels to quickly reach any point within bounds. You are never limited to the ground.

Unlockables: You can upgrade Floe, access new levels and if you manage to collect all golden question marks, you'll be awarded with 'WINTER' - Floe's favourite weapon on the entire planet.

Drop-In/Drop-Out Split-Screen Co-Op: A second player can seamlessly join or leave the game at any moment in any game mode.

Enemies: If you're ever bored of solving puzzles, you can dive into other level types and battle your way through hordes of Failbots to collect CPUs and waves to unlock Floe's upgrades. 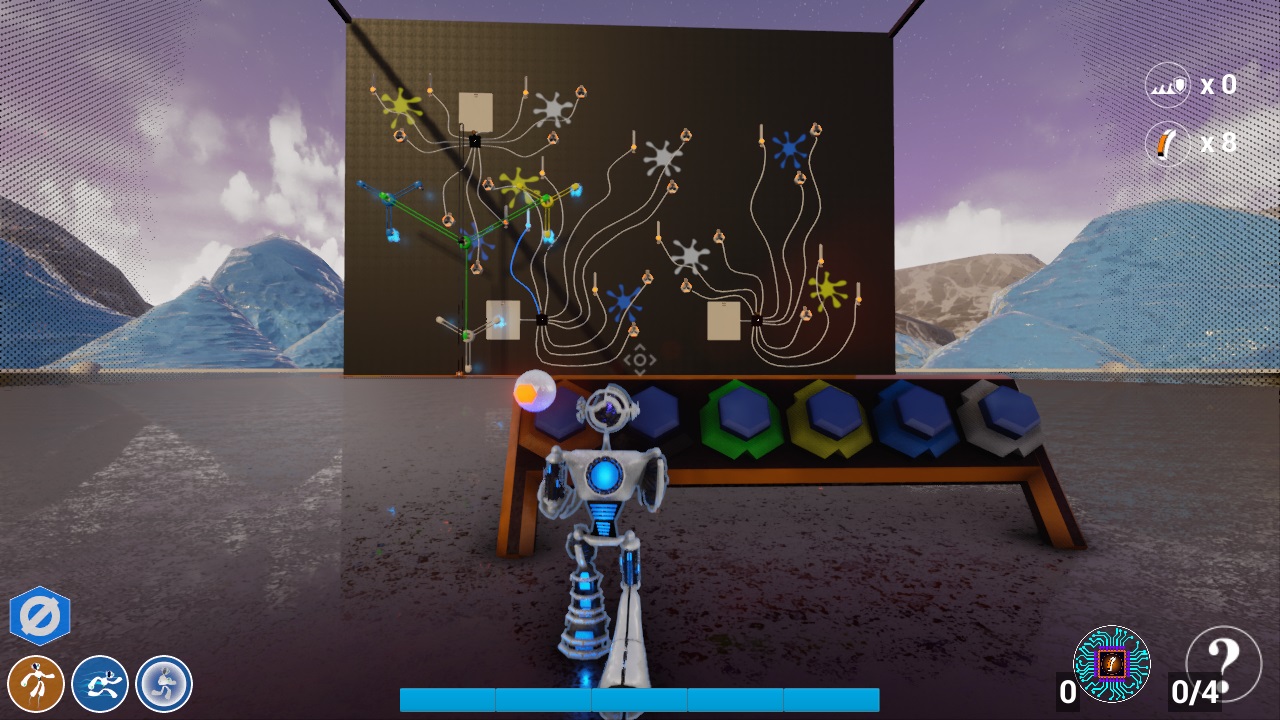 Environmental Hazards: Spikes, flames, moving lasers, hostile deployables, chainsaws, drills, mines, electric fences, pendulum axes, boulders etc... you get the idea. Some of them can be turned on/off and even converted to your side.

Achievements as Challenges: There are 43 achievements and many of them are rewarded upon the completion of a specific challenge. Challenges can be viewed from Floe's terminal.

More to come: A free map pack is already in the works. It will build on the core game and introduce new puzzle elements and challenges.

Small File Size: The total size of the game is 370 MB. It may come as a surprise as it's not even in the GBs. This was achieved through an integrated approach that combines good asset management, compression, 3D modelling and lighting features without giving up on production quality. 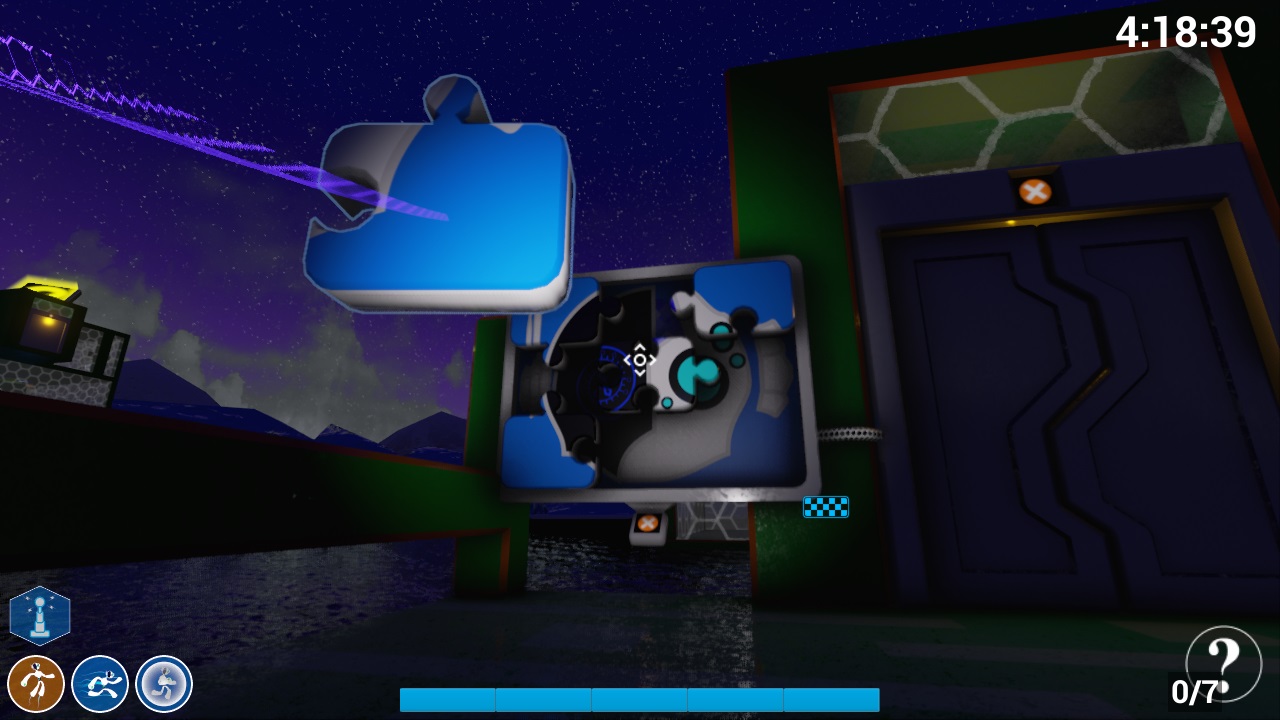 There are three game modes in Recourse: Puzzle, Payload and Wave Rush which share elements but have different objectives. Each level contains a certain number of golden question marks that can be collected to ultimately unlock a mysterious weapon called ‘WINTER’.

Puzzle Mode: The goal is to solve enough puzzles to reach the final checkpoint. Finishing puzzle levels unlock other game modes and levels. Puzzle levels are very peaceful: there are either very few or no Failbots that would disturb you.

Payload Mode: Battle your way through armies of Failbots to collect their CPUs and deposit them to your wagon which must then be escorted to the finish line to complete the level. Deposited CPUs can be spent toward upgrading Floe.

Wave Rush Mode: Failbots grow tougher with each wave. You can stay as long as you want or solve your way to the final checkpoint and complete the level when ready. 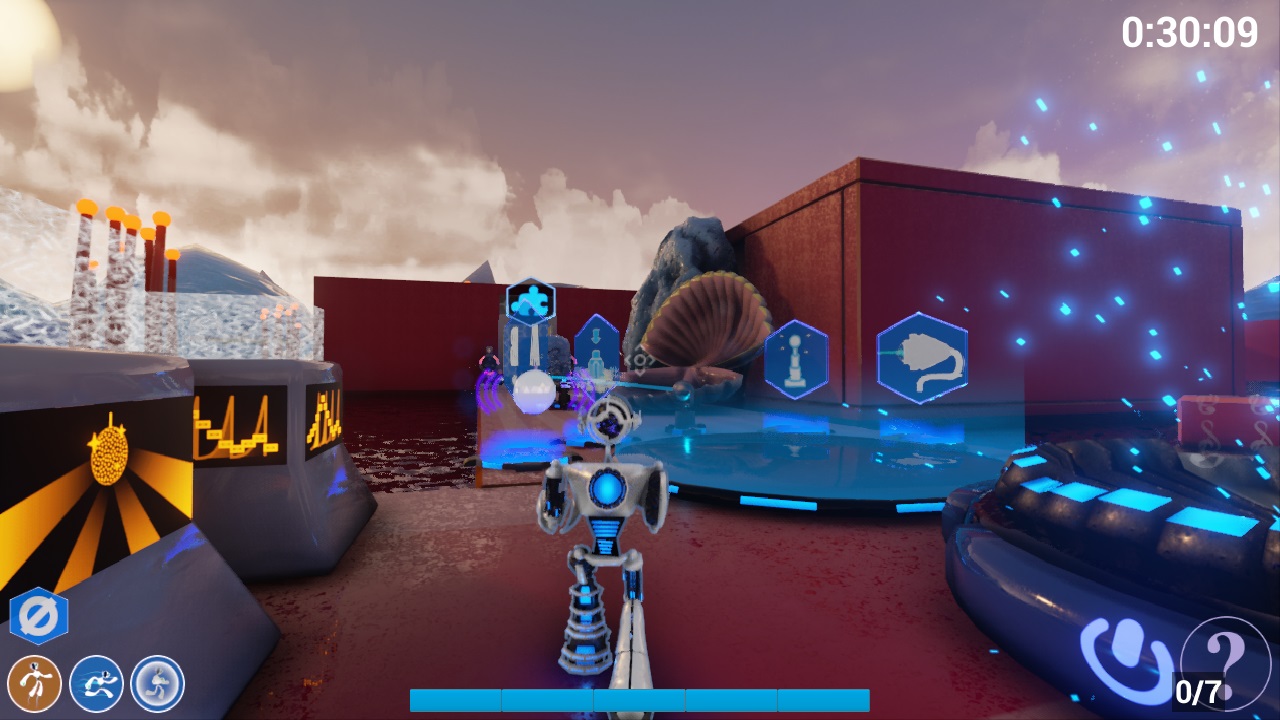 There are eight deployables that can be deployed to interact with the environment, solve puzzles and counter enemies. Each deployable applies damage in their own way.

Circular Saw: Destroys crates (and more) blocking your way. Can be used to box in and damage Failbots.

Tesla Coil: A ranged tool that damages enemies with electric arcs. It also powers up sockets.

Impactor: Screws itself to the floor and launches characters and physics objects in the air. Highly effective in launching enemies toward ceiling hazards or simply cause them falling damage. They can also break apart glaciers blocking your way.

Point A: Teleports physics objects and characters to an activated Point B.

Singularity: Pulls and traps enemies at its center. Can be used to turn slippery enemies into easy targets or pin them against environmental hazards.