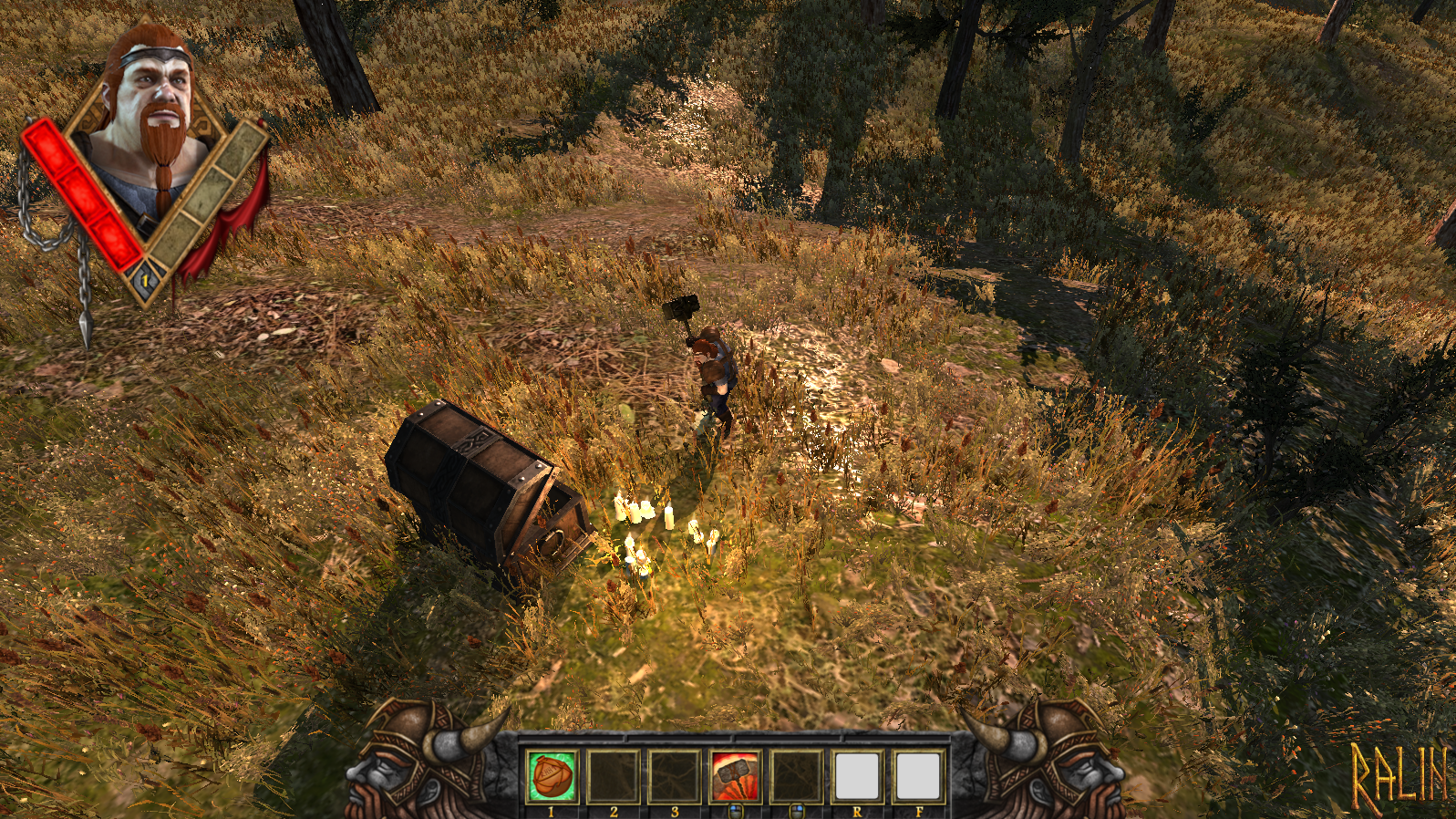 We realized, that a tech demo wasn't enough to convince you guys about the game and that the lack of content was a real issue.

So I took Ralin back to the drawing board and thought about what I have to change to get a better version of Ralin. It's tough to get a community, that wasn't new to me. But it's very hard to communicate a community driven game, if there is no real space where the community can take actions on gameplay, story etc... . And without this "space" or features, it is hard to get a community.

After restructuring, I took out the stress of the project. Needed time to think about the best way to solve this issues and here we go with a new set of features:

1. Ralin is completely a Multiplayer game. You can interact with your friends if they are online in the world. At the moment there is place for 400 players at the same time.(We have to do a few more stress tests)

2. After a lot of feedback had a real problem with the controls and the camera, I changed it to a third-person view and WASD/GameController movement system.

This had a big impact on the world, because now you can see the sky, roof and more details. This has en impact on the atmosphere. That's why a lot of the Content had to change.

I am working on a system where you don't have to level anymore till the end content. No Level Cap! No downgrading of your level to play with a friend who has not the same level or is completely new to the game.

Charisma system, where other players can rate your behavior in the game.

You can change the game world and bring new content... ingame. (Already working)

4. You can create your own character, male and female. Changing the size of your legs, arms, head, nose etc... is not a dream anymore for this game.

5. Armor is changing by equipping it.

7. (Implemented but not release with the first version) You can buy your own terrain and place your house and equipment on it. You can sell your terrain to other players.

8. Main, Side and Dungeon quests are in development.

9. Mounts are implemented. Flying Mounts are possible, but only after all of the world design is done.

10.The server software that we had a year ago is in the trash and Ralin got a new server side software.

The movement is handled by the server. If the character is running faster on your machine, than on the server, the server will reset your position. This makes it difficult to cheat.

The whole quest, crafting, dialog and housing system is now handled by the server.

11. Last but not least, because this will not be the last update:
There are plans to bring it out as Free2Play, without paying for better equipment or getting stuff that you can not craft your self.

I hope that this are some good news.