Raji: An Ancient Epic is going to be at the ID@Xbox Open House on the 29th of August (some of you may know this event by its old name Pre-PAX). How is this possible you ask? We have always had an incredibly strong relationship with id@xbox who have already showcased our game at conventions that would normally be well out of our reach. This special relationship now continues as they are bringing Raji: An Ancient Epic to the United States of America, to be on show at the ID@Xbox Open House 2019.

Raji: An Ancient Epic has always had a great relationship with id@xbox. This has resulted in Raji being shown at multiple events that would have normally been out of our reach, and 2019 has been a great example of that.

Thanks to id@xbox Raji will be traveling to the United States of America to take part at ID@XBOX Open House. 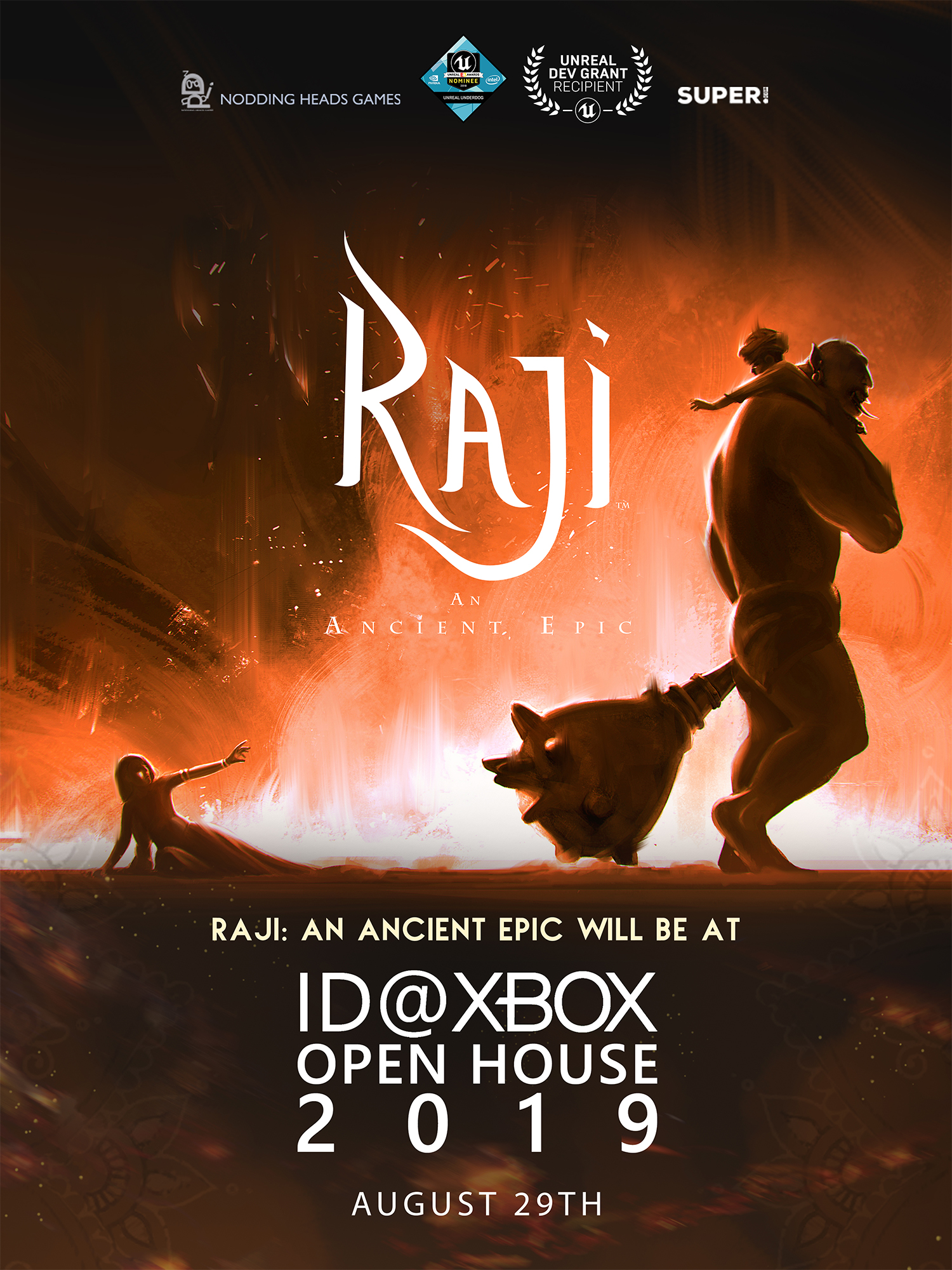 ID@XBOX Open House is a free event held in the Microsoft Campus in Redmond, Washington, USA.
You do not need a ticket to enter, however, if you are under 18, you will need to be accompanied by a parent/guardian.

You can learn more about ID@XBOX Open House here.

What is Raji: An Ancient Epic?

If you are new here, Raji: An Ancient Epic is an action-adventure game set in Ancient India. Raji, a young girl is chosen by the gods, to stand against the demonic invasion of the human realm. Her destiny will unfold as she journeys in search of her younger brother amidst the raging demonic enclaves, while the great Lord Mahabalasura plans to capture the human realm for himself…

So, are you interested in Raji: An Ancient Epic? If so, be sure to add us to your Steam wishlist today!