Time to start showing the races you will be able to play in StarLife. Currently, we plan on including at least ten species in the base game, with more added afterwards.

Time to start showing the races you will be able to play in StarLife. Currently, we plan on including at least ten species in the base game, with more added afterwards.The first one to unveil is the most familiar: the Human Council.


Humankind, the crafty apes. Their adaptability and rapid progress both fascinates and terrifies other races. Humanity has an insatiable thirst for greatness. They are always developing, looking for new challenges, borders to cross and frontiers to explore. Frail carbon-based bodies do not help them, but what they lack in physical strength, they make up for in tenacity and acumen. 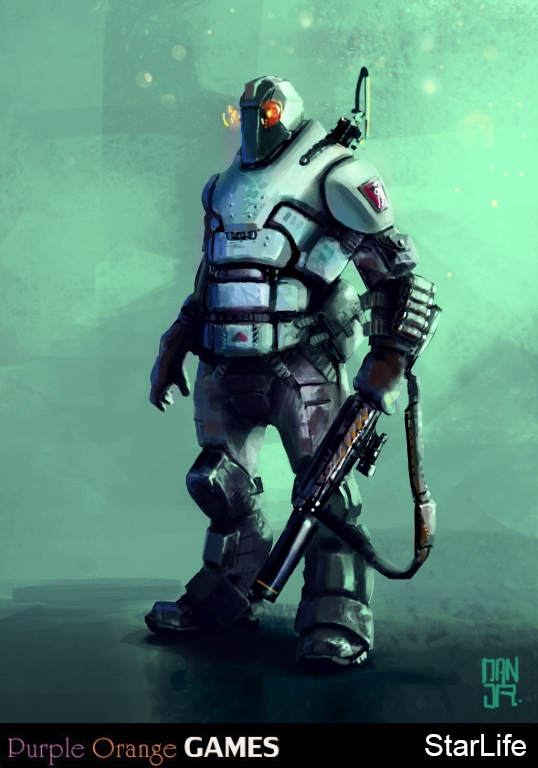 Throughout the galaxy it is often said that the greatest enemy of humanity are the humans themselves. And indeed, the history of humankind is a history of war. Squabbling and rebelliousness defines them the same way as intelligence and determination. Constant bickering, insults and even raiding parties are a standard on fringe colonies. Terran Council, their government body, may be able to unite independent states against an exterior enemy, but quelling internal animosities lies beyond its power.Major subject of concern for other races is humanity’s obsession over robotics and artificial intelligence. Most species do not allow any research on AI, fearing that it may become truly sentient and consequently rebel. Humans, however, pay no heed to any warnings, and brilliance, the one thing that elevated them to power, may one day prove their downfall.

Traits
Democracy is the worst form of government, except for all other forms – Player needs support of Terran Council for his civilization to function properly. If he acts against its will too many times, the Council may even dismiss him from the office, ending the game prematurely.
Self-serving – unless kept in check, colonies have a habit of becoming autonomous. The larger the distance from homeworld, the bigger the economical and unrest penalties.
PhD in robotics – humans have a natural knack for science, and mechanical studies in particular. Research rates in all fields are higher than normal, doubled in robotics. Humans also receive diplomatic bonus in relations with the One and are the only race that can use fully functional AI on their ships. Just don’t depend on it, for it can betray you.
Weak of body, strong of heart – Human bodies are weak and fragile. They are subpar in close combat and, most importantly, find it hard to settle on less habitable worlds. However, their strong spirits give them a morale boost when outnumbered.

Playstyle
Humans aren’t the tutorial race you’re accustomed to. Tech is your primary upside, but be careful when interacting with your council.
AI personality
defensive, greedy
Design notes
Humans are in fact one of the hardest to properly develop, mostly because they actually exist right here, right now. You’re rather restricted in design, can’t make them into four-armed fire-breathing insects, for example. Taking that into consideration, I went with the rather standard diplomatic-scientific type, but with a twist which can really alter gameplay. Please share your thoughts in the comments or on our forums!