Some updated graphics and mostly improvements to the gameplay.

Hey guys, I'll start posting the devlog of the game here on IndieDB, so I'll try to write at least weekly!

First up in the line of updates are some graphics ones. The background and the standard tile sprites have been changed, so now it won't be a monotonic orange background and crappy blocks :P 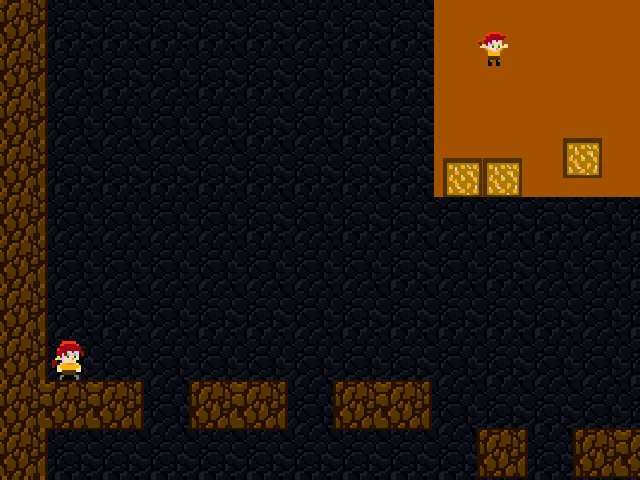 Secondly, the Spikes have been updated as well. They look a lot more artificial, but they definitively look better. Will probably revisit them later to make them look more natural. 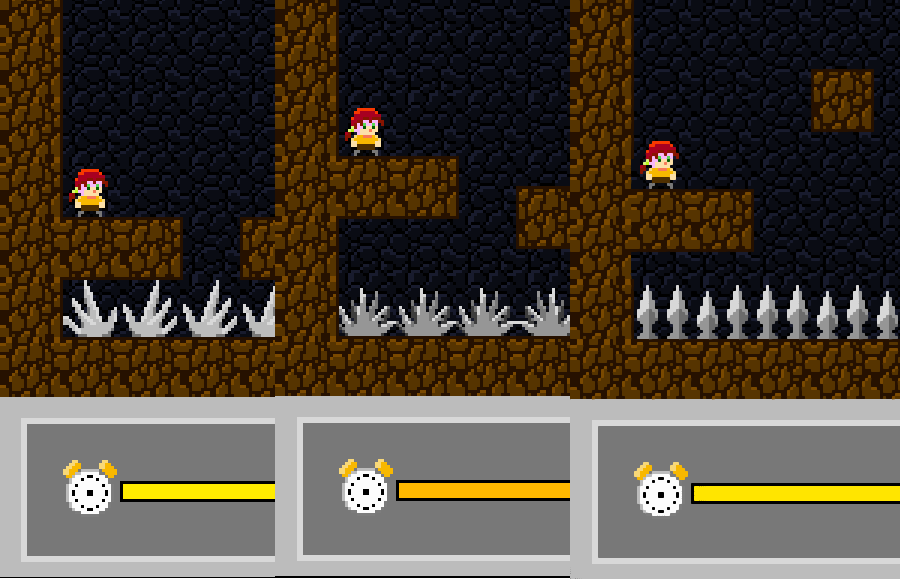 The way the sword was used made it really hard to hit the bats, since you could only hit forward and they would often come from the above. So now the sword will strike in arc starting sightly behind you all the way to the front (around 150~ degrees I think).

(Still need to work on the character attacking animation)
I'm thinking about adding upward and downward strikes to make combat more interesting and versatile. I'd have to look how the forward strike would fare after I implement those though.

Jumping was modified too. The "physics" were altered a bit so now it feels less "wonky".

A much requested feature was that as you went further into the game, the 10 seconds just weren't enough for completing some rooms. With that in mind I added scaling to the time you have for each room, so you'll have a tad of extra time to nail those harder rooms.

Both the bats and snake have a better behavior. Snakes move less erratically, pausing between moves; and bats now back away a small distance before attacking the player again, instead of going all way back to their origin point.

Next, I'll add platforms to the room so there can be various levels with mobs on it. It should add some depth to these rooms and make the 'arena' something more than a flat floor. I'll also add one (hopefully two) more mob to get more variety; thinking about adding a jumping mob.

The disappearing blocks have shorter intervals. You had to wait a lot for them to reappear and that either cost you time or gave chance to the spike block you were standing in to impale you.Gaps have been added to these rooms. This is meant to require the players to use sprinting to get to the other side. I have some other traps in mind, but I'll have to test them out first.

Thanks for reading and I'll see you next time with more updates.
:)
-Jan

I've got a question, is the character male or female? Seems to me that it's female.

It was meant to be a male with long dreadlocks, but due to the time constraint I had during the original conception of the game, I couldn't add enough detail to make him look more masculine.

Not a single person has seen him as a male, so I've decided to redesign the character as a female :) still working on that though.