QuestRun is getting closer to its final version ! Almost all the features are implemented, the game now misses mainly two main Dungeons.

The Vampire is a mighty "hero" but he is cursed.

The Inquisitor specializes on fighting Mages. She is unlocked by beating the Paladin's Quest.

The Berserker hit fast and hard but is weak. He is unlocked by beating the Sorcerer's Quest; 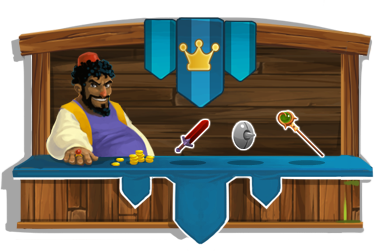 The final level of the Merchant is now unlockable in the Metashop menu.

Those features have been added mainly under the influence of the community feedback.
- The surrounded malus affects your heroes when they are outnumbered and encourages teamplay
- The speed button allows you to speed up the game and skip the few fights where there's little to do
- The Missions are secondary objectives you can complete during a Dungeon, and give you instant Gold Coins, allowing you to unlock new features faster.

Next update shall be in a couple of weeks as our artists will now start working on the 2 remaining Dungeons and their new monsters : the Hell Gate and the Desert !