A new demo for Quark Storm with an extra level and no more placeholder content is ready! Find the link to the browser demo and the changelog inside.

I've got great news! Yesterday I took the final test to get my Game Designer and Programmer degree at the Argentine school I was attending, and after along time and countless update, they deemed the game good enough and I passed!

Many thanks to everyone who helped Quark Storm's development, whether it was through playtesting, comments, feedback or following its development through Desura, my web site and/or Twitter account (@Julian_Imp). Without your support, the game wouldn't have been the same. 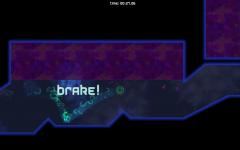 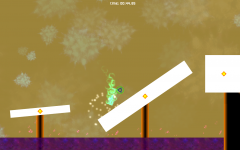 There might not be too many changes, but I hope you'll enjoy the new level and the better textures (no more placeholders in-game!). I've also uploaded some new screenshots to the image gallery for this occasion, showcasing the new level and goo textures.Platform-specific builds will be deployed next week, so you'll be able to play it on Windows, OSX and Linux using the standalone player. Android builds might take a little longer to make sure everything works fine, but they'll be coming soon as well, so look forward to them.

I'll be taking a one or two-month rest from the project, because after working on Quark Storm alone for so long, I need some time to distance myself from the game so I can come back to it with some fresh ideas, rather than making gameplay grow stale due to getting too complacent with level design.

I hope everyone undestands and continues to follow Quark Storm's development. I will definitely be coming back to it after my vacations (beach sand is bad for old laptops, I've heard!) and once I've worked a bit on a short side project.Again, thanks everyone for their support and please look forward to even more levels and content as Quark Storm approaches the beta stage!