I spent February fixing bugs and getting some new puzzles ready for the public playtest that I ran. The playtest went well, showing me what worked, what didn't, and what was broken. The last few weeks I've been working on the feedback I got and notes I took to improve the weaker parts of the puzzles.

I spent February fixing bugs and getting some new puzzles ready for the public playtest that I ran. The playtest went well, showing me what worked, what didn't, and what was broken. The last few weeks I've been working on the feedback I got and notes I took to improve the weaker parts of the puzzles.

Notes from the playtest: 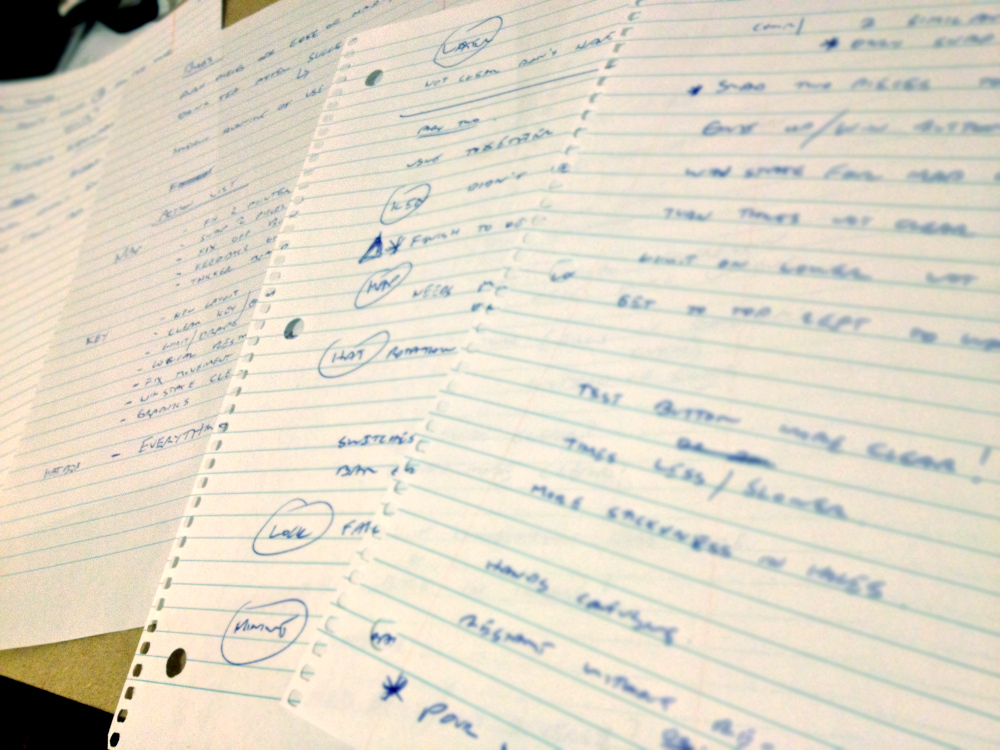 Over the next few months I'm going to keep up the process of running playtests on specific puzzles and tweaking them until I'm happy they're fun, balanced, and fit well into the game. In February I concentrated on four specific puzzles:

The original version of this was a small single-player activity, designed to be completed at the same time as the other player did the hat puzzle. 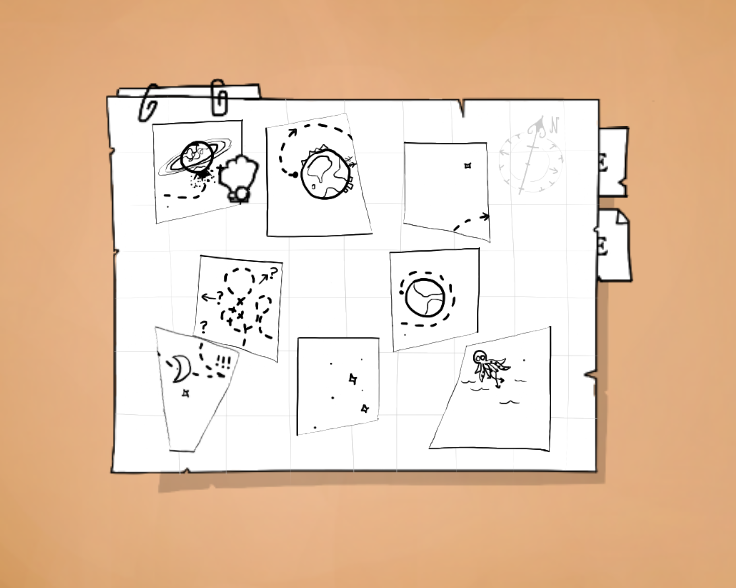 Invariably one player would watch while the other interacted with it, then the second player would do the second puzzle while the first player looked on. The re-design had both players working on the map at the same time, and it worked well. The major issues were mostly mechanical - there were bugs where pieces didn't snap, they could be pushed off-screen (making the puzzle unfinishable), and other strange collision problems. My focus for this month is fixing these issues before the next playtest.

The single-player puzzle worked well, but the two-player version I designed was too difficult and players did not understand how to interact with it, nor how to solve it. My biggest task before the next playtest will be working on this puzzle to make it playable!

I had made a small change before the playtest to change the original letter-matching system to use unknown symbols. The actual puzzle stayed the same, but it added a bit more character. This play-tested well, the only issue being a slightly un-clear finish when you connect two of the wrong plugs together. 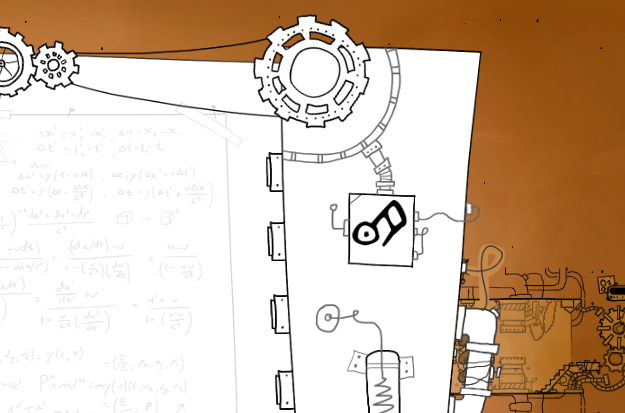 Fishing for the Key

It was fun to watch people work together once they understood how the mechanics of this worked. The biggest problem however was that neither the start nor the goal of the puzzle were clear, and that there were a number of bugs and collision issues because I was using temporary graphics from other parts of the game.

Since the playtest I've drawn the artwork for this section, taking care to use the same lighting/glow cues from the rest of the game to highlight the most important thing at the time - either the key at the start, or once started, the goal at the end. Here are some images showing how the temporary artwork evolved into the final version.

The yellow line rotates back and forth and must be avoided: 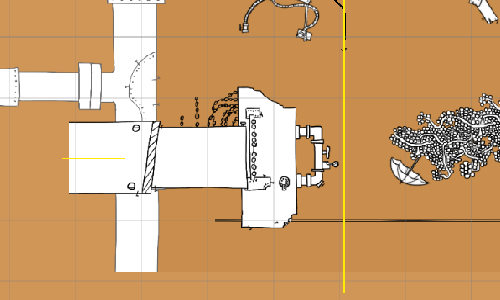 In the final version, this is replaced by a swinging brick: 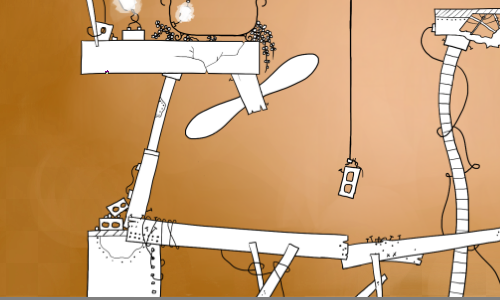 In the old version, I re-used part of the ship's platform as a barrier: 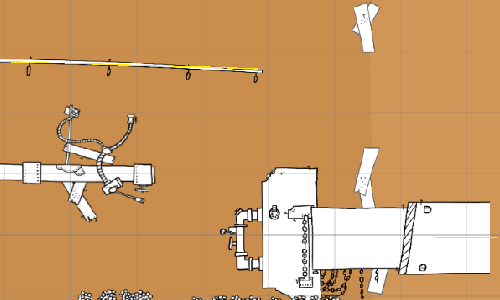 In the new version it no longer overlaps other artwork and fits within the scene: 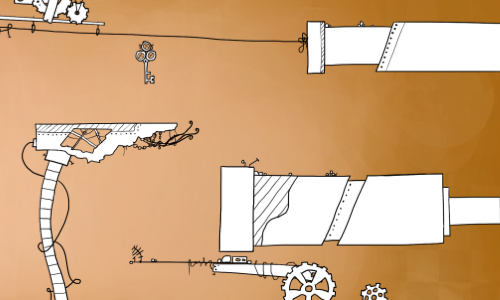 I'll continue working on feedback from the last play session, as well as getting new puzzles ready for the next play session. My aim is to test the changes I've made plus two new puzzles.