The first public alpha of Legends of the Universe: StarCore is now available for download. It features about 25% of the games final content and simplified version of the story. 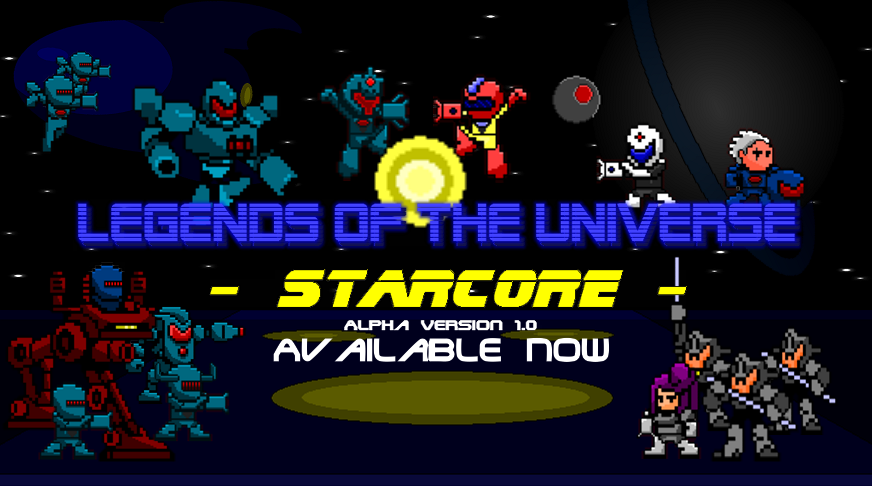 The game includes playable character Trion in a few of the games locations, two armors and several unlockable abilities. The games later content and story aren't in the game yet (except a simplified version of the intro and some dialogue) and some abilities and upgrades aren't available yet for players to experience but will be in later version.