Original article can be found here

During my time at GDC I got a chance to check out quite a few cool games. You can listen to some of my thoughts on the podcast from a couple weeks back. One game that was particularly fun to play was Magic Planet Snack Deluxe, a vertically scrolling food eating game. It may look simple in the screens but the game is really addicting to play.


The original idea for the game was by 2nd grade teacher Kyle Reimergartin. When he isn’t teaching he likes to moonlight as a game developer, making projects in the ever popular Game Maker Studio. Wolfgang Wozniak and his Development partner Cass Pierce-Carpendale liked the game idea so much that they thought it would be a good test project to see how they work as a team. It took them about a week or so to get the core game up and running and they were pretty happy with the results. 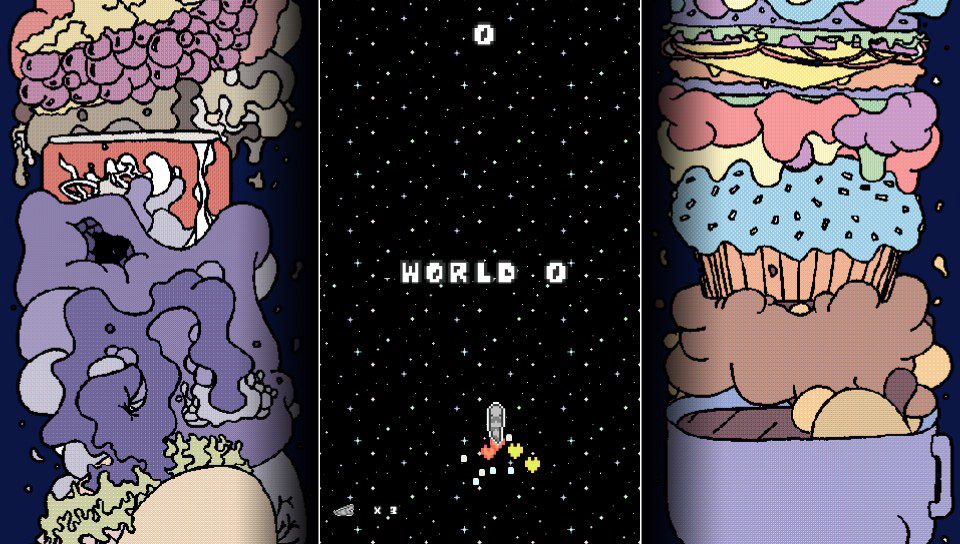 There were a few reasons they choose PlayStation Mobile as the platform to release the project on. For one, Wolfgang has no interest in phone games. “I wanted to do a portable game but I didn’t want to do it on phones,” he said. “Phones don’t have buttons and I have no interest in that at all.” He also mentioned that you aren’t competing with the hoards of free and lower priced content. “[PSM is] not the mobile market. On your phone’s store, you are going to look at all this stuff that is free and terrible.”

IN MAGIC PLANET SNACK DELUXE, PLAYERS TAKE ON THE ROLE OF A WIZARD WHO HAS CAST AN UNFORTUNATE SPELL UPON HIMSELF, TURNING INTO A GIANT SPACE WORM. TRAVEL THROUGH THE COSMOS TO DEVOUR WIZARDS IN OTHER WORLDS FOR POINTS AND GATHER ORBS TO POWER UP YOUR HYPER GAUGE.

Magic Planet Snack Deluxe is far from that. The game, as you saw above, has you consuming different blocks while avoiding others in an effort to fill your hyper meter. Once that happens all things turn into food and you have to gobble them up to score more points. But that isn’t all that you have to do. Between areas the game changes into a shmup of sorts. There will be bosses with shields or dots shooting out bullets that you need to avoid. It gets really frantic. The game is all about score chasing and it becomes really addictive. Progressing further and further more enemies are added like Trolls. You should note that these aren’t the ones from the internet, but they will still pester you to no end. I asked if they plan to update the game for PSN leaderboards once it becomes available and I was told that is the plan.Because of the Vita’s screen the game can be played in 2 fashions. Right now the they are called “Hamburger” and “Hotdog”, you know because this is a food game. Hamburger have you holding the Vita like normal, but the game will be displayed with some scrolling borders to keep the aspect ratio the same as Hotdog mode. In this mode you hold the Vita vertically and the game will take the full screen up. You are still using the analog stick to control the ship in either play mode. 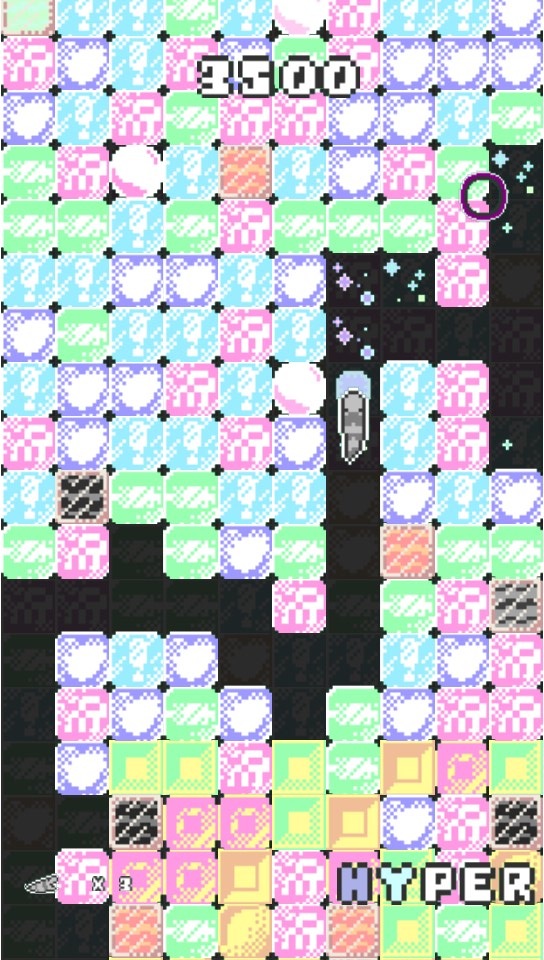 I was told there is an end to the game and I don’t think I got anywhere close to it in my short time playing. Because of that I am pumped to play some more and am ready for its release some time later in April. We haven’t be told about a price point yet but we will definitely let you know as soon as we know.