Players may now engage in hand to hand combat. Attacking while holding the directional buttons will execute different moves such as a roundhouse kicks or a low leg kicks. 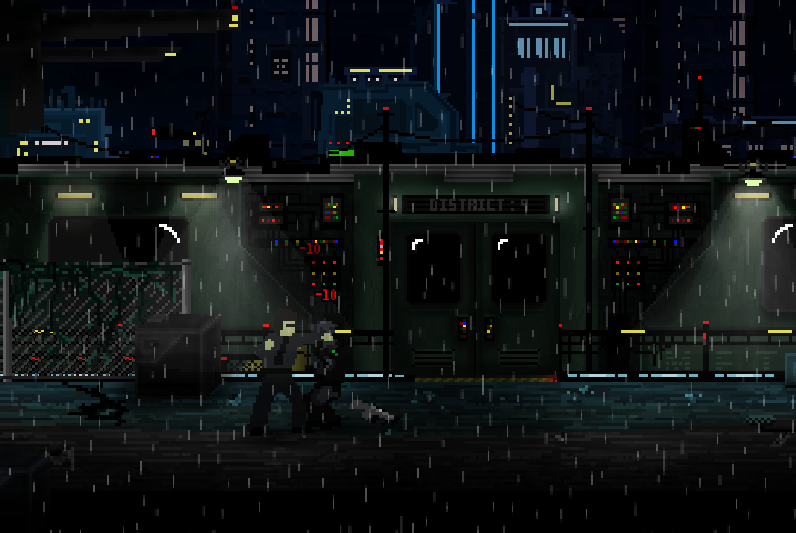 Added the ability to grab players and use them as human shield. Players may fire their pistol out of this position. Any incoming attacks will cause damage to the shield. 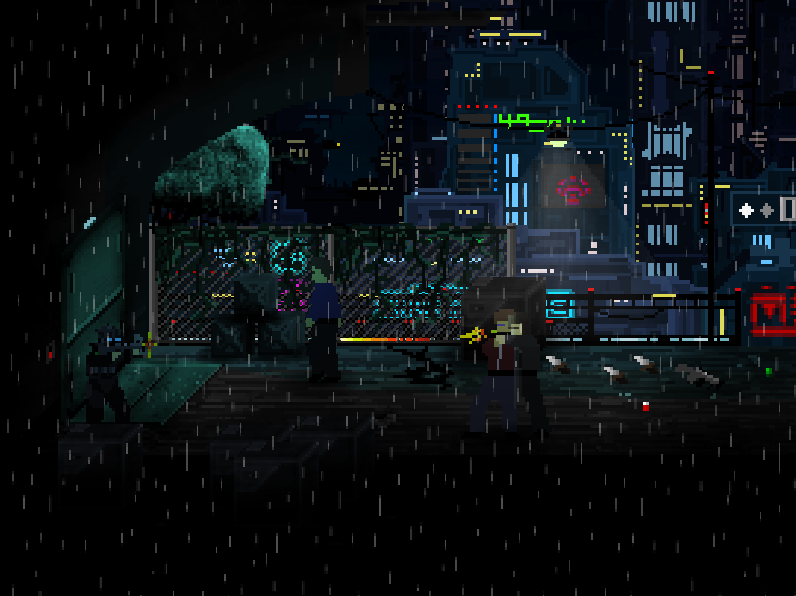 If aiming at another character, players now have the ability to shout out "Freeze!" in order to hold up a citizen. Once the citizen surrenders the player may search them for items, scan for information, or arrest using the arrestor tool. 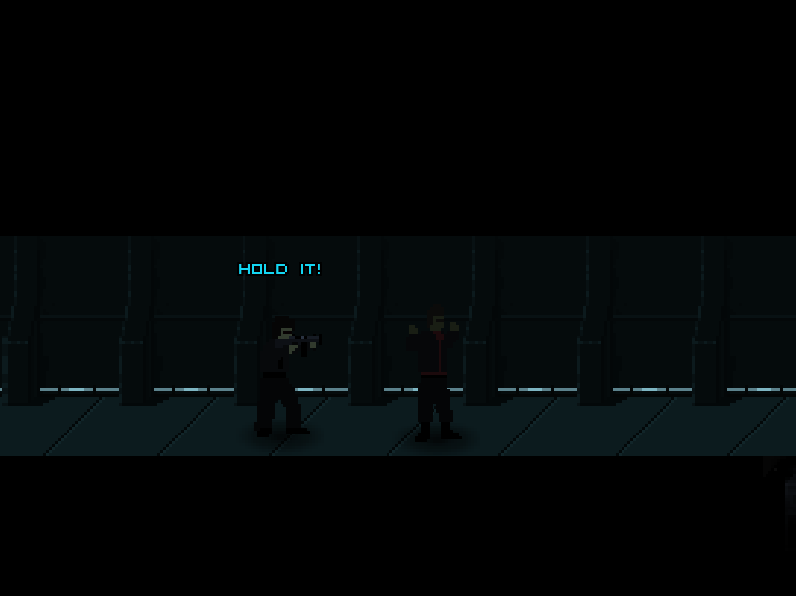 While a character is being held up, a player may scan them to get more information such as a characters Penalty Points (PP). Penalty points are the accumulation of illegal actions that have been committed by a character. Bounty Contracts are set out against citizens who have accumulated enough PP to be threatening. Players may decide to hunt down these individuals and arrest them to collect the bounty. The Arrest tool is used to subdue citizens and teleport them to the nearest confinement facility.

There are now visual text effects on characters for stat increases/decreases. 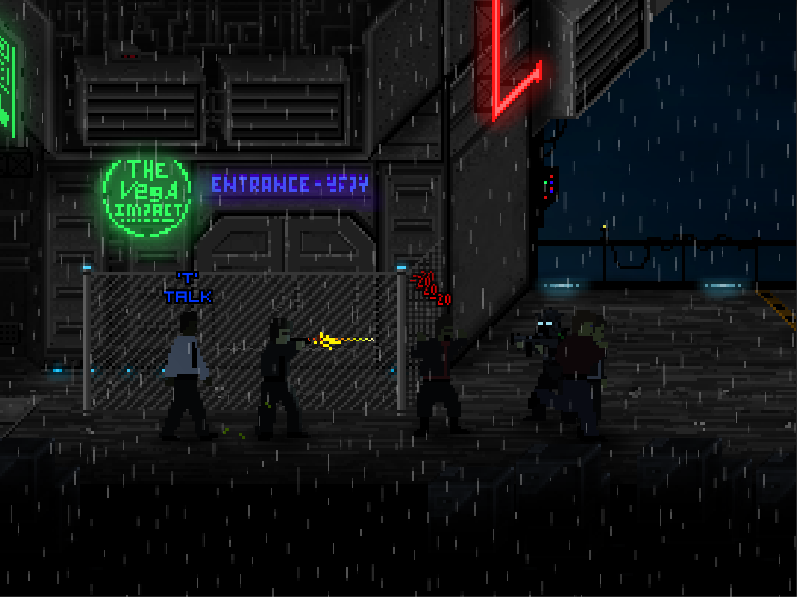 Players may view the Galactic Exchange via their HDA (Holographic Data Assistant) and watch the market dynamically fluctuate with each trade. There is a main trading chart and a few measurements to assist players when making their financial decisions. 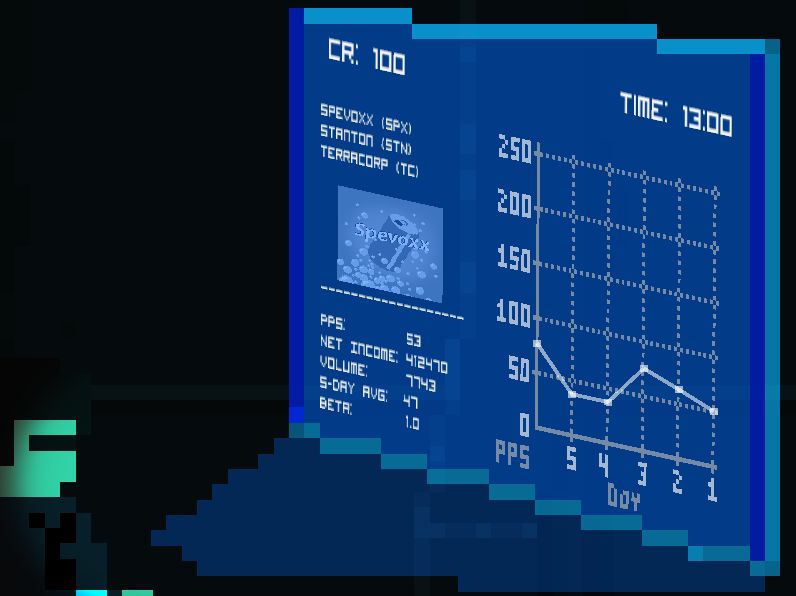 The new dialogue system provides a combination of traditional topic selection as well as a retro text-parser method. There is no restriction on how to communicate with other citizens. The choice is available for you to decide. 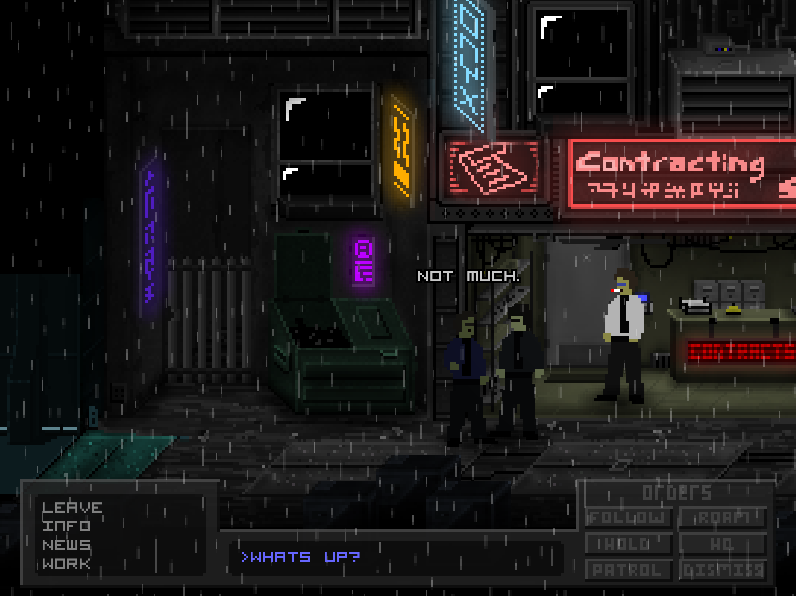 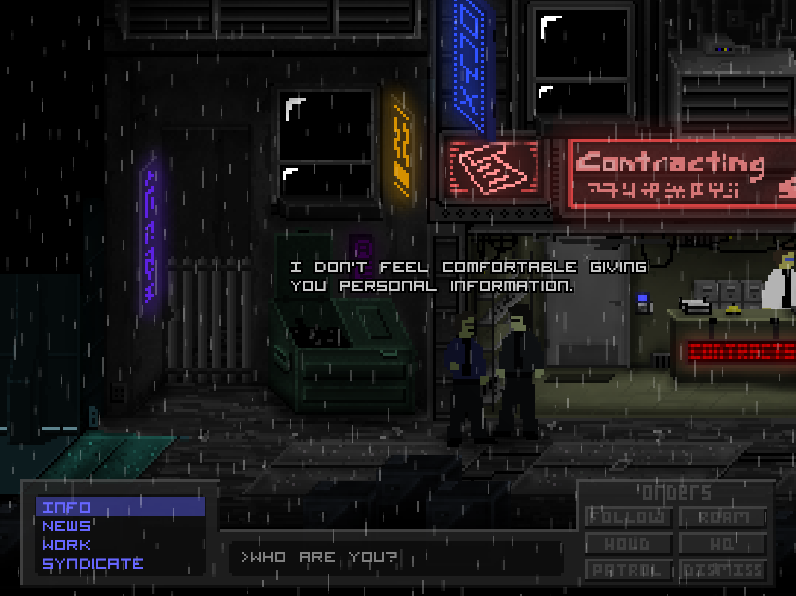 It will now randomly rain during play. The small details add up to create a believable cyberpunk atmosphere.

A small amount of items can be stored in the player's inventory. Items can be gathered, used, and traded. Whether you need to restore health or throw grenade, items can be used or consumed at a moments notice. To learn about some of the usable items, read through the 'New Items' section. 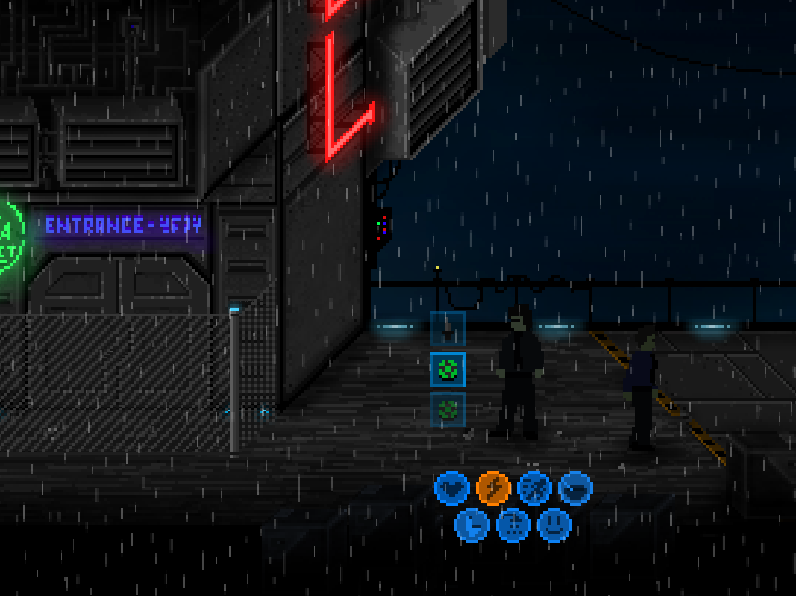 Implants are able to be bought, installed, and activated. When an implant is active it will drain the player's BioEnergy. There are various implants that boost a character's abilities. 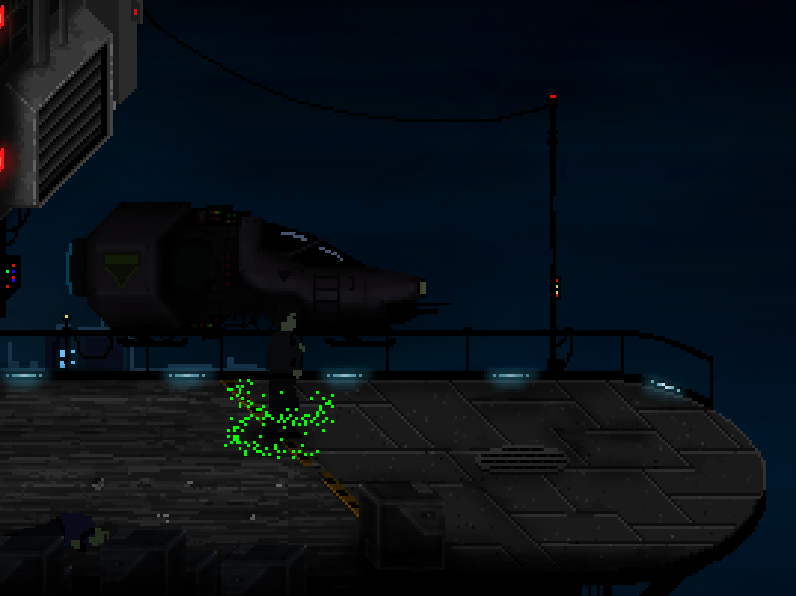 There are an assortment of substances that a player may consume. Each drug has its own affects for better or for worse. Depending on local regulations, penalties may be issued if caught with possession of specific substances.

The PDW is a full-auto compact sub-machine gun that is detrimental in close quarters combat. Player's can easily clear a room of three or more enemies with this weapon. However, the PDW does have a few drawbacks. Firstly, it burns through ammo quickly. Second, the PDW is unable to be concealed and may pose a visual threat to others. Lastly, movement speed is greatly reduced while firing. There are plans to add multiple types of PDW's in the future.

Added a handful of new citizen sprites that each have their own unique look and style. A system has been implemented to quickly allow for adding new characters to the game. Female characters have also been introduced. 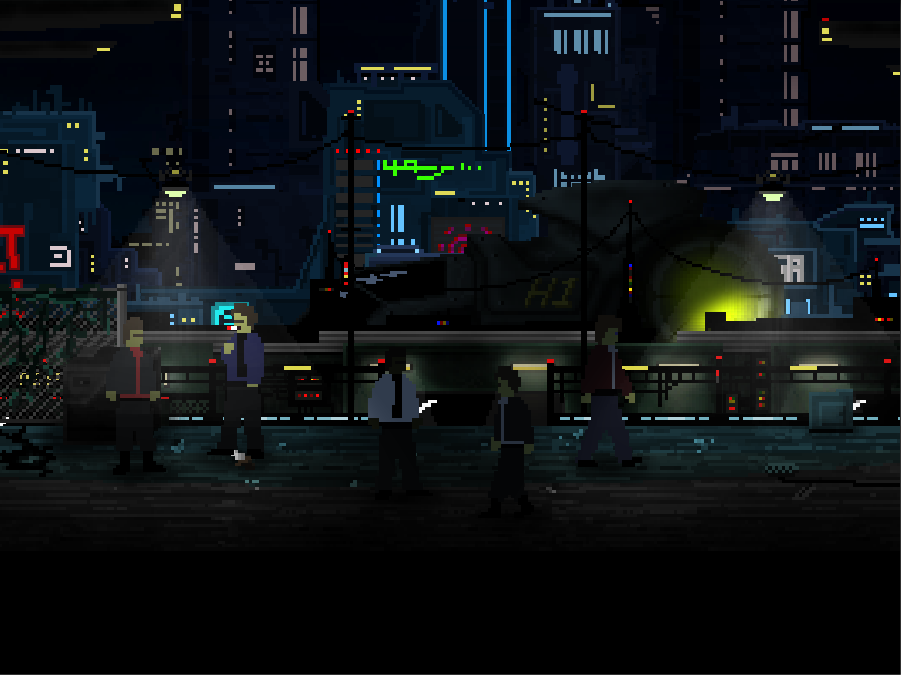 - Knife (Special Weapon. Able to be quickly thrown for fast and silent take-downs)

- Added new companies to the stock market along with logos.

- Fixed dialogue text bug that caused the ability to talk to citizens when out of range.

- Fixed bug causing no footstep audio to play while running and aiming pistol.

- Many many other bug-fixes..