Fourth entry : All the booms and pews you want. And then some more.

It’s that time of the week again ! News, yay… Well, kind of.
I know, I said last time that this article and subsequent ones would be about new stuff, but things got a bit chaotic on our side these past weeks, meaning we’re a bit late on schedule, and the things I wanted to show you aren’t ready to be unveiled, YET.

But! That’s not really a problem! You see, we already talked about the things you had to kill, the places you’re gonna scrap them... But never did we talk about HOW you’re going to turn every hostile you meet into smoldering metal.
Yup, you guessed it! This week’s entry is all about bringing out the big guns!

Let’s start ‘slowly’, with the weapon that actually has the biggest fire rate : the Light Machine Gun.
Not much to say here. It’s an automatic rifle. Pull the trigger, make a good fifty holes in your target, reload, repeat. 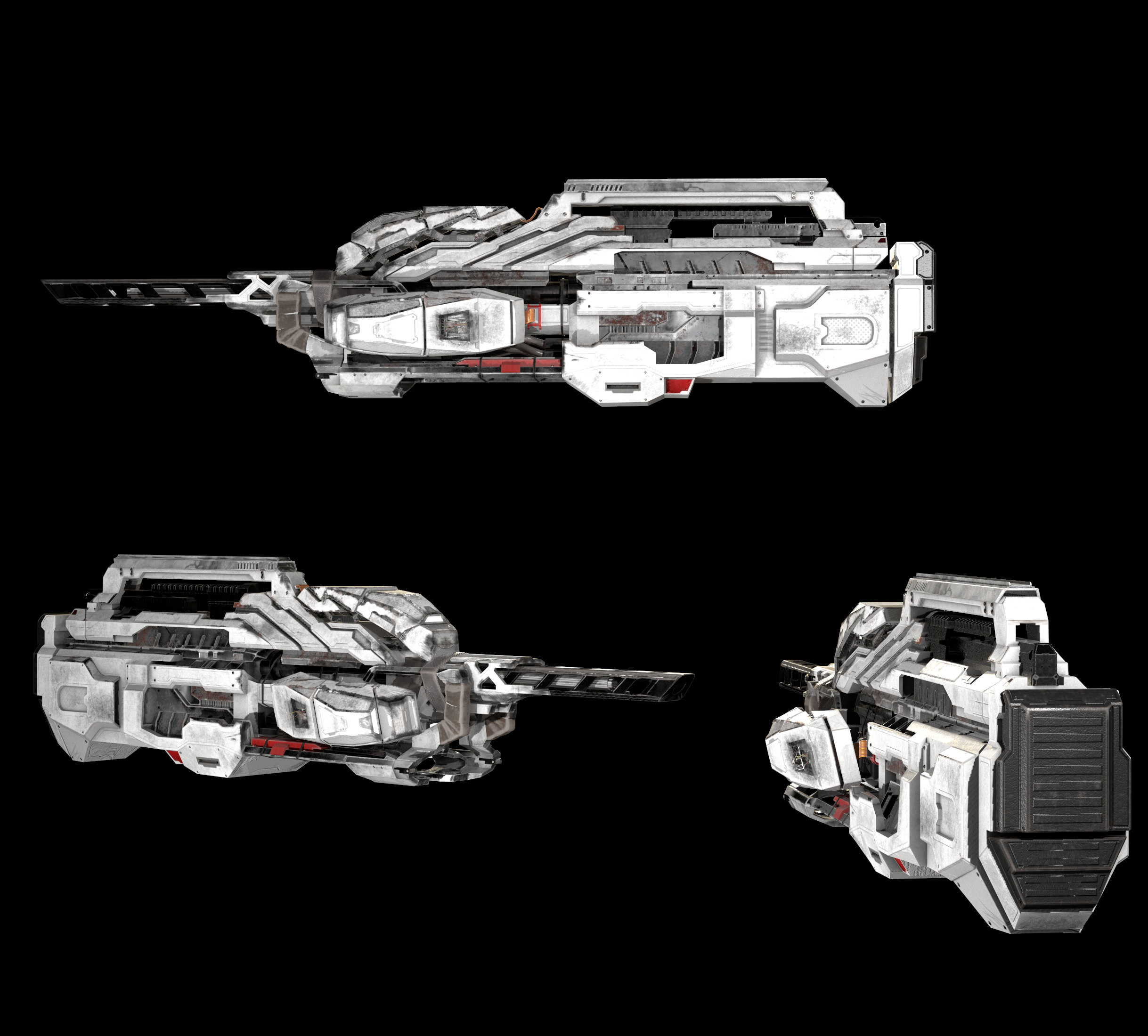 If you like being close, we’ve got you covered: The Shotgun will surely suit your needs. 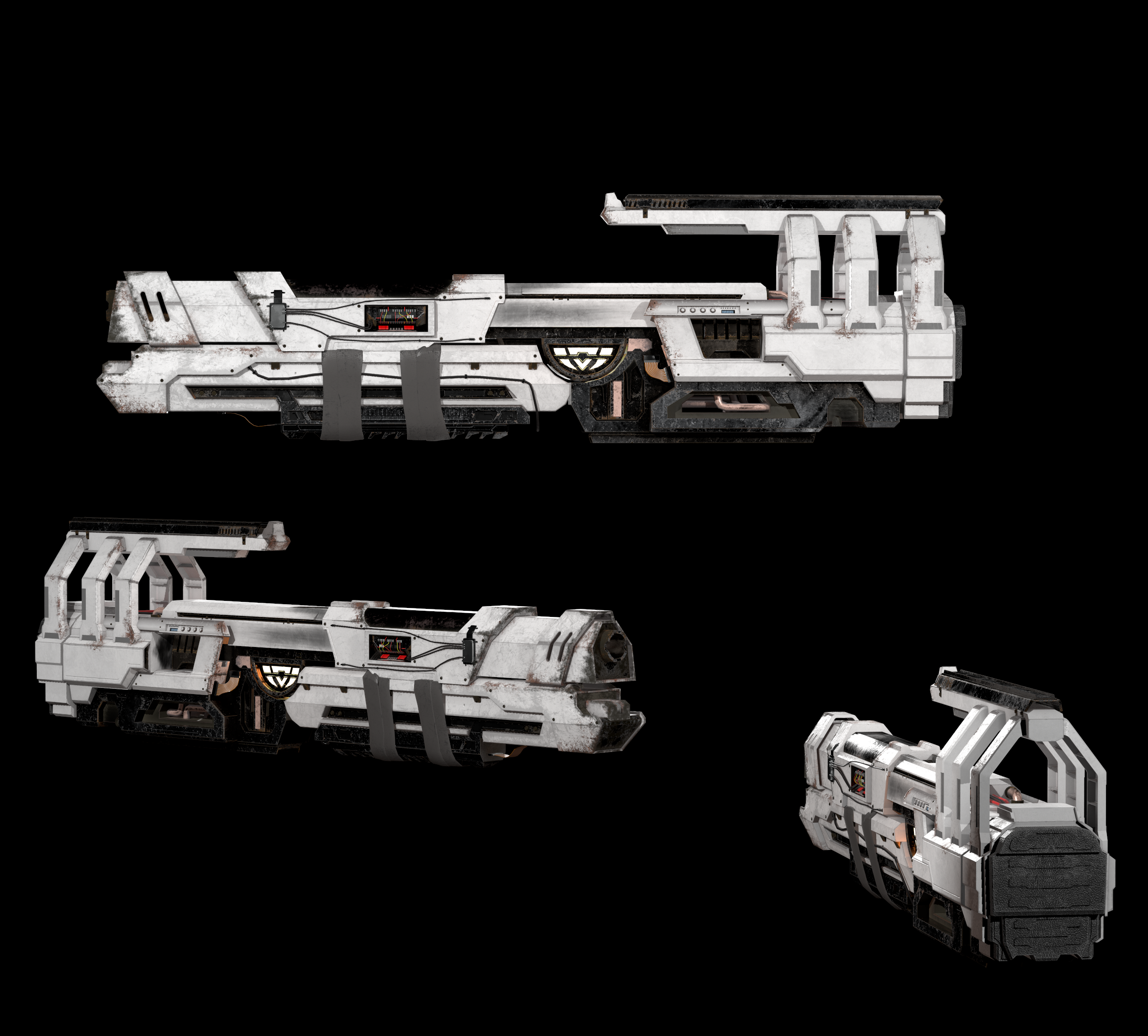 Now talking about my personal favorite, the Grenade Launcher! Shoots a grenade, that splits into 4 after travelling for a short distance, allowing for some explosive scattershots. Additional advice: Turn around right after shooting. Doesn’t deal more damage, but you want to be cool, and cool guys don’t look at explosions.
Oh! And for more safety, if you use it in close quarters, the grenade sticks to your target and only detonates after a few seconds, leaving you enough time to get the heck out of the blast radius. 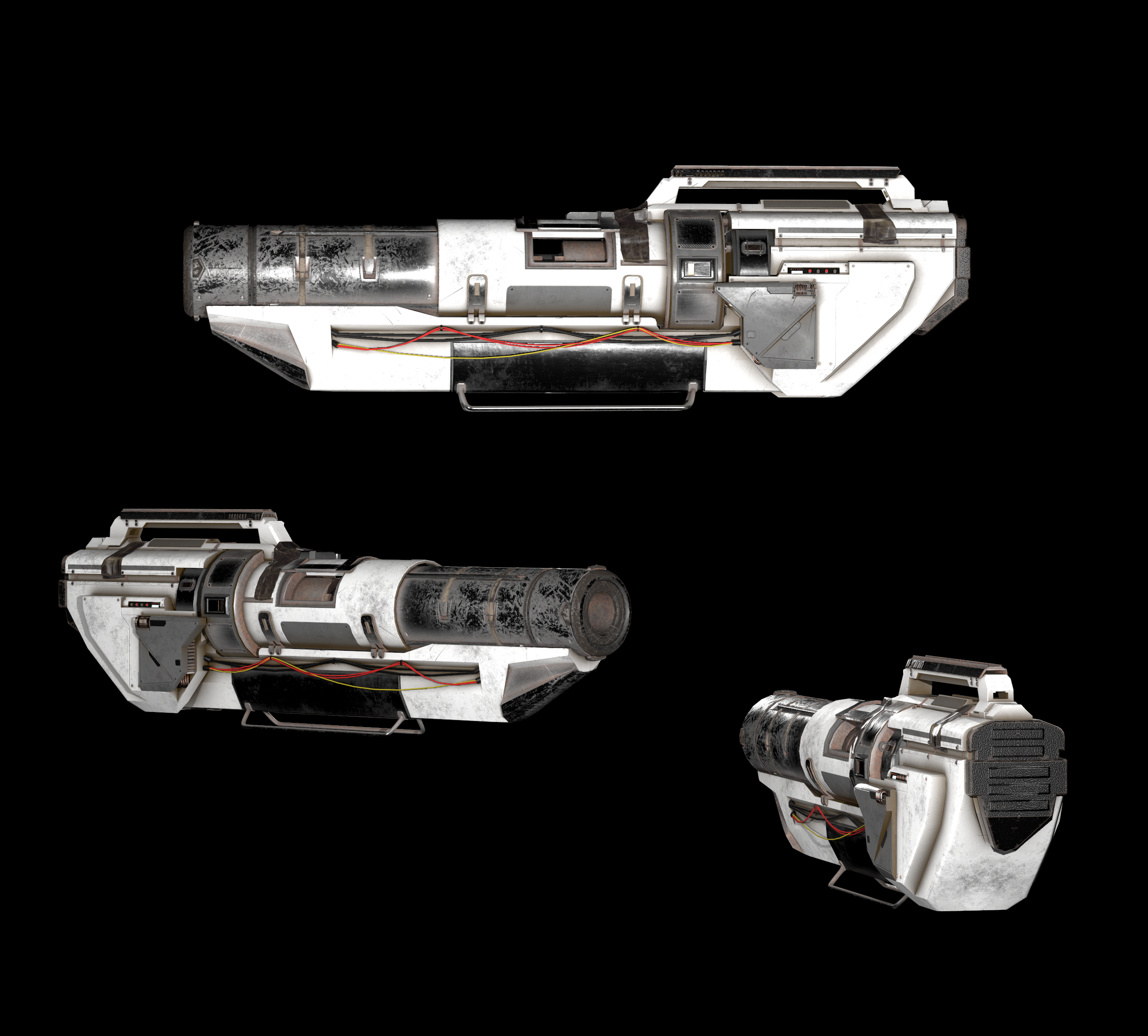 Up next comes the Stun Cannon. After charging for a short period, it releases some kind of electro-ball, staying in place for a few instants, damaging and slowing anything in its area of effect. Great when you’re being chased in a corridor by dozens of pesky Raptors! 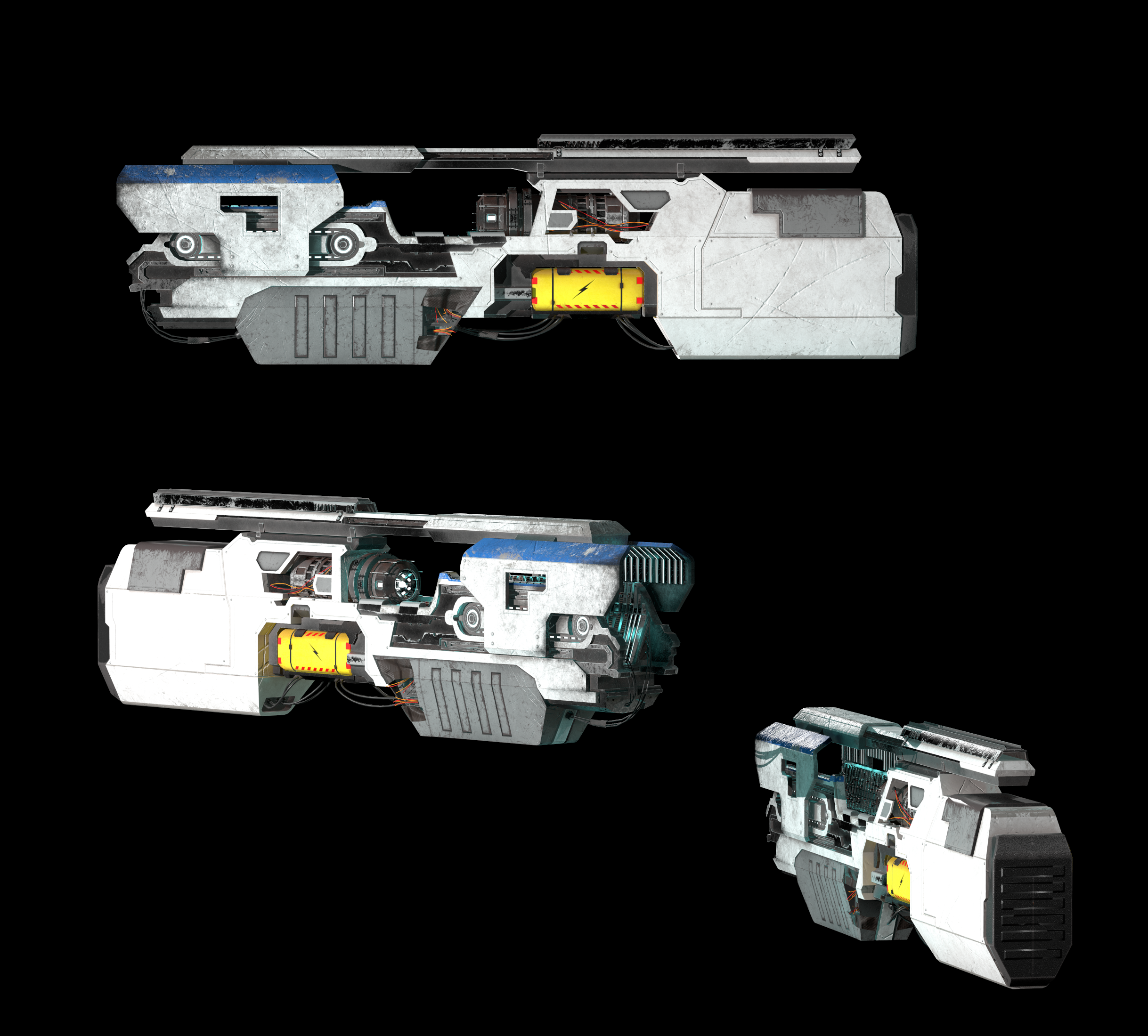 And finally the Laser Rifle. Charge a little, release a powerful piercing laser. Simple enough. Sadly, this thing is deflected by energy shields. Considering the accuracy of this weapon, it had to have a drawback. 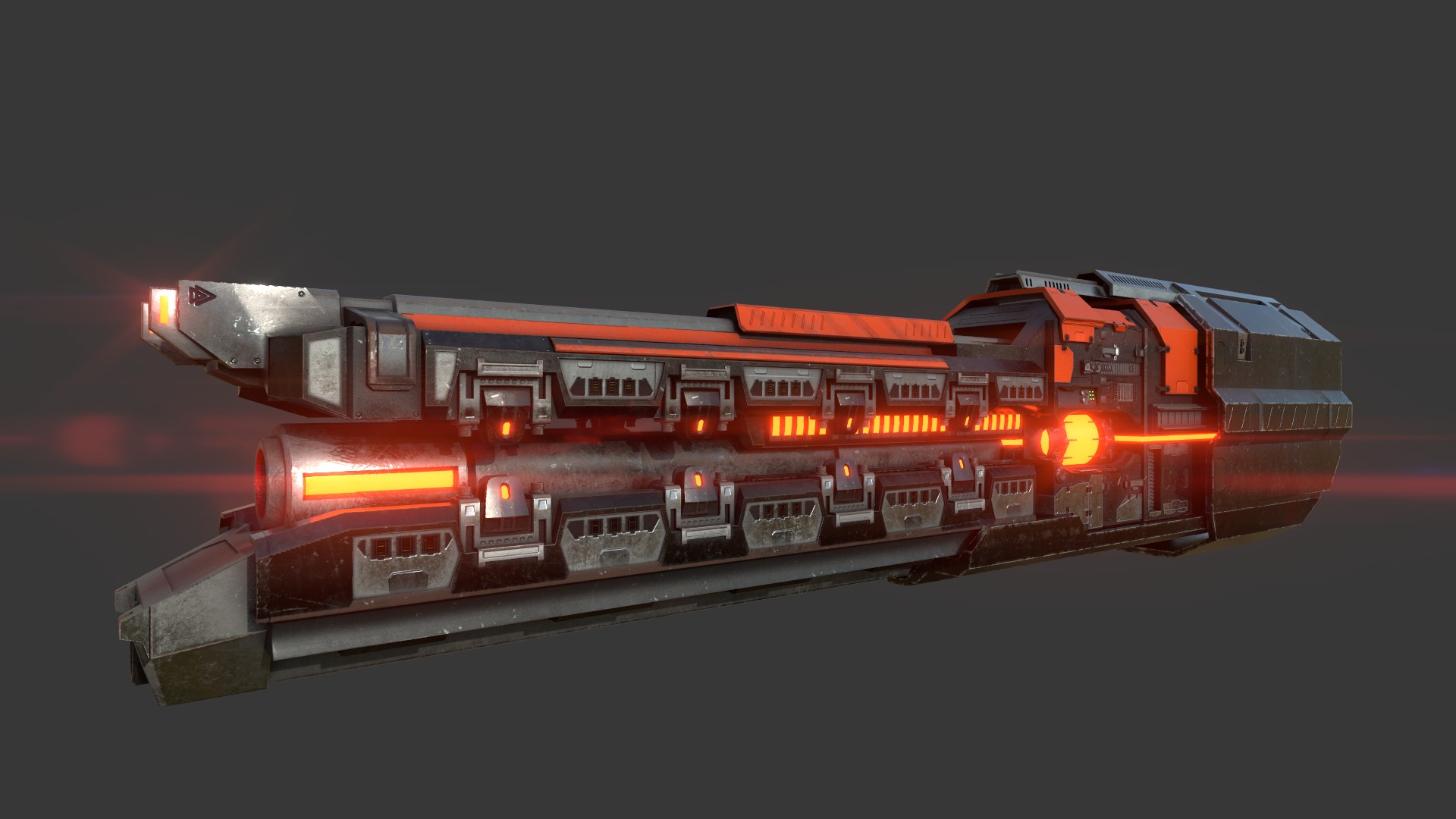 And if you want to see them in action, here’s a short demo :

That’s it for today! I’d end up this entry with a teaser of something’s to come, but it’s actually already hidden somewhere in this article.

See you next time !