We delve deeper into the design of Project Temporality to clear up some misconceptions about how it works and also compares it to other games people thought looked similar from the trailer.

So our first update here after our greenlight launch is to try to clear up some of the misconceptions that surround Project Temporality(PT) and some games that people find similar to ours. A big part of the problem is the quite simple question: how do you show core game-play of a puzzler in a trailer ? We opted to make a trailer that showed the spirit of the game instead of showing actual game-play for the most part and this has lead to some confusion. 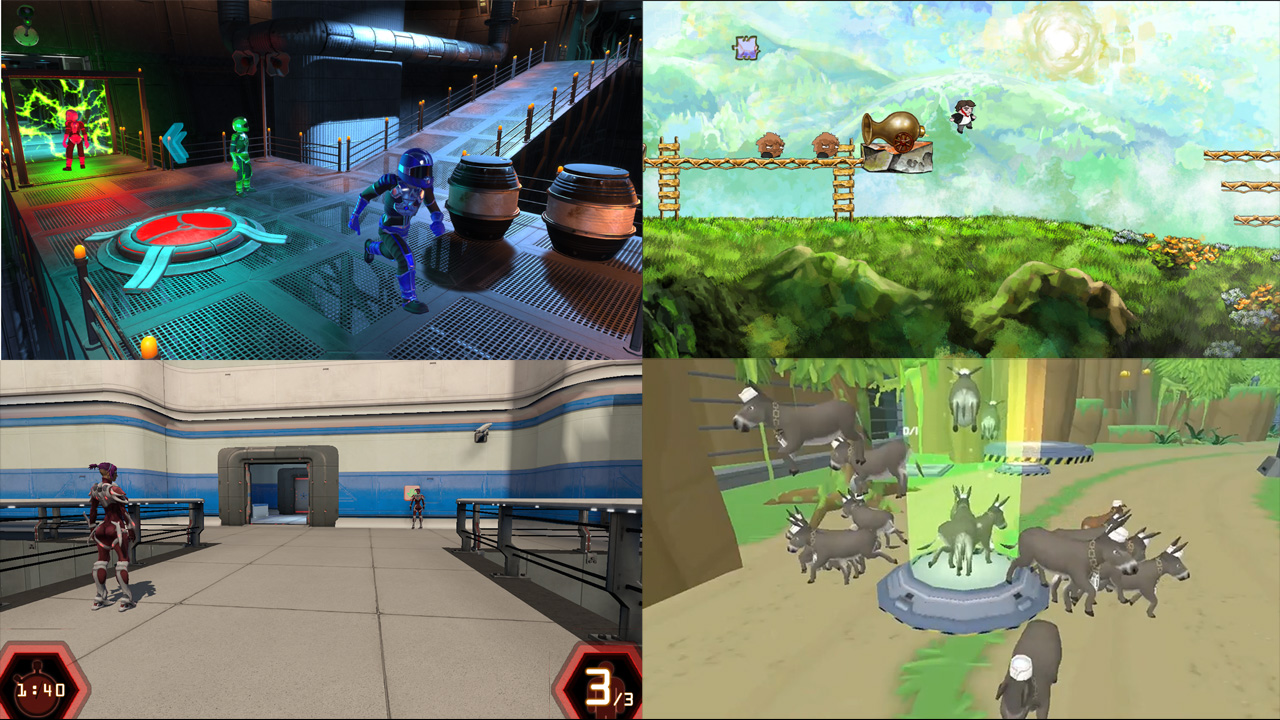 One question here might be why Braid isn’t it in the subject line, well some people has mentioned Braid when comparing it to PT but I honestly think most people can agree that they are quit dissimilar. The one common part is time manipulation but while Braid uses a lot of different time manipulation modes over it’s different worlds, even the shadow mode works quite differently. Truth be told we hadn’t even played Braid when we conceived this game instead. The main inspiration was Cursor10 which seems to have inspired a lot of other games too. 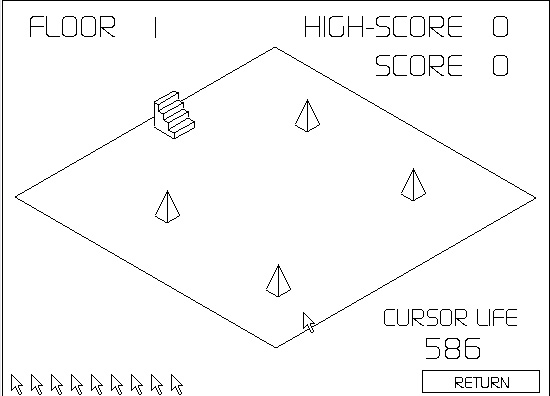 Instead of trying to make a pure clone (which is legit as Time Donkey and Prometheus(well the first half) has done) we liked the part about cooperating with yourself but found the implementation and design of it quite frustrating. What if you mad a mistake on the 9th character ? Then you just had to restart and do it all over once again due to that small mistake, this happened a lot. Also you had a lot of repetitive action on the late clones where you had to climb up the tower again and again. These things made me never finish a game that I did really liked. I wished that there was a way to just undo my mistakes and to skip the boring sections.

Out of this PT was born. What if we had a puzzle based game where you could spawn a new copy of yourself at any time and any place in the game world to help you cooperate while removing all the tedium of the Fixed position/fixed time spawner’s where you always start at the same position and race vs the clock? (It’s not that I dislike them but I find it slightly inelegant and also it becomes a very different game, with very different puzzles if you have that restriction). During years of development the game grew and was streamlined and at the center was this simple concept: perform an action, rewind, spawn an new clone and the original “You” will keep performing the action. Already from the start we knew we didn’t want these characters to be just a recording of your actions, instead we made them a real living part of the game world. Which will lead to all kinds of neatness in the later puzzles 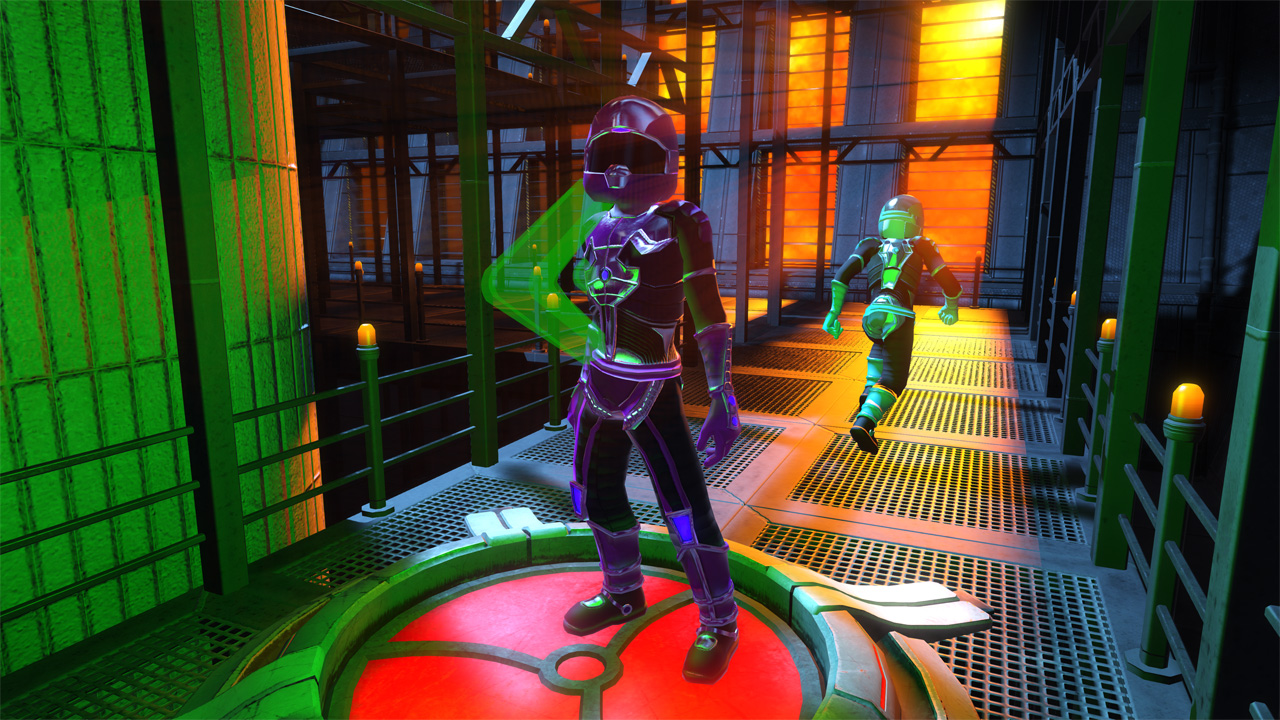 They key for us was always player freedom, we wanted to remove limitations and give the player more freedom when playing around with time. Sure when we designed the puzzles we had one solution in mind but players sometimes found a different way. Quickly this lead us down the path of efficiency. If there are multiple ways to solve a puzzle shouldn’t we reward the player for finding an excellent way? This gave birth to the concept of Time energy, which is spent to create new clones, or to accelerate your movement. Out of that came the concept of Speedrunning; trying to find the fastest way through the levels by using as little energy as possible. If you solve the puzzle as efficiently as possible you could use as much energy as possible to speed though the rest of the level. This also let us come up with the ideas of puzzles that required a certain efficiency to clear the level. You could solve 1-2 puzzles easily but then when you got to the third, if you had been using a sloppy solution you would be out of energy and had to rewind and try to find out a more efficient way to solve the problem.

We also realized that by giving this freedom we could create much more complex and engaging puzzles than the fixed spawn position/time could, because a part of the puzzle is to figure out where/when and for how long you should record actions making it a very open ended game. Even a simple puzzle often hides a more efficient solution than what the player (or we) first imagined. Having over hundred of players trying out the game has helped us to home in on what makes PT interesting and fun in our puzzles. 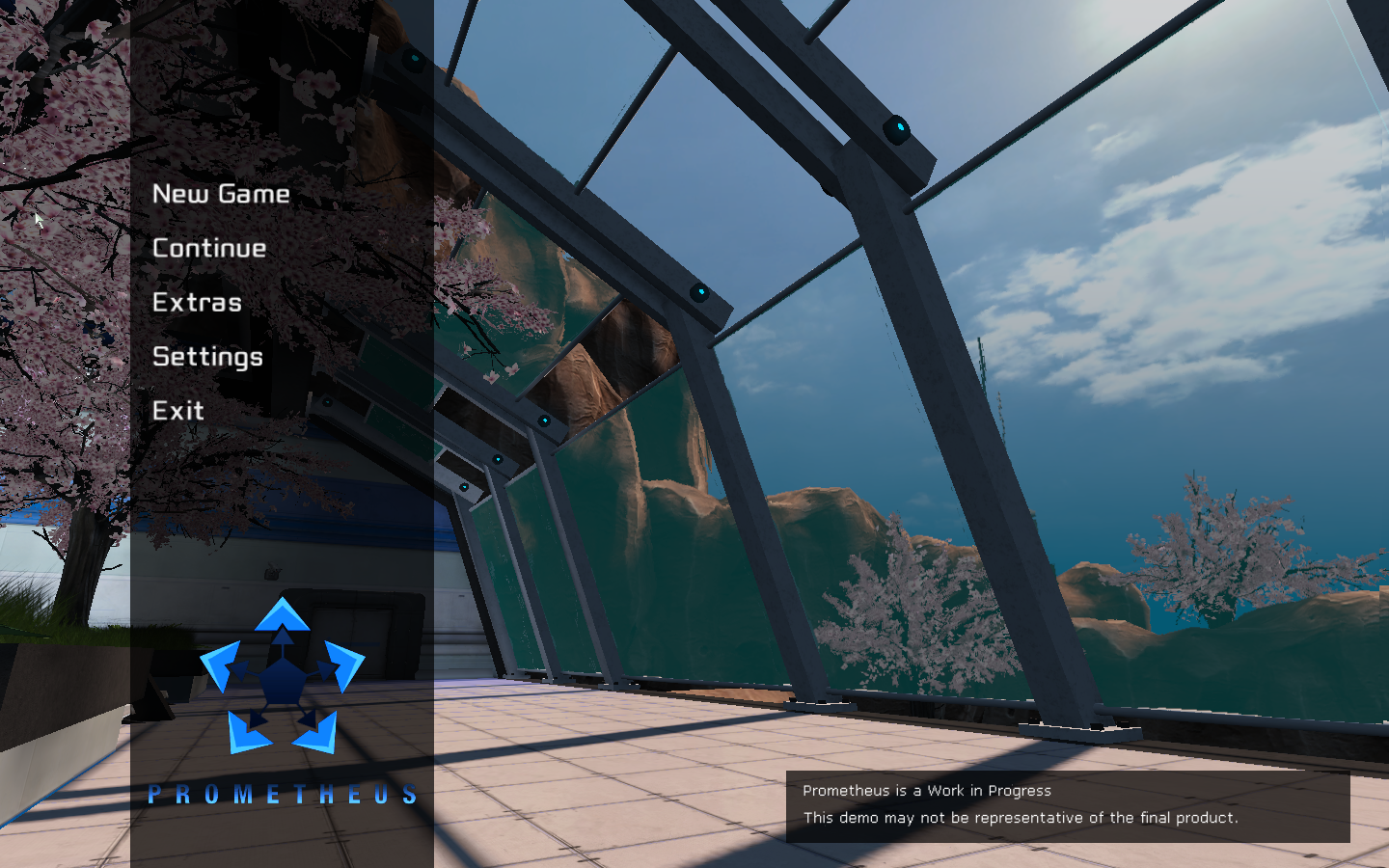 So lets now look at those other games and compare them to PT. First out is Prometheus. I do like this game but it suffers from the same frustrating parts that Cursor10 had. It felt like my main objective was to explore the level first to learn where the buttons were or which buttons I had to keep pressed and which ones I only needed to press once(really enervating that one). Once I had mapped the world I could solve the puzzle. So this is an case of the exploration being the game. The other part was that it was all about synchronizing the actions of the different characters, a problem with this is that if you don’t see the other character having them performing perfectly synchronize actions can become a hassle, especially if you had to spend 1 minute to reach that point. In PT we have for most of the time avoided any puzzles that require too much synchronization, as standing and waiting isn’t our idea of fun. And having to remake a recording just to see that you got it 0.5 seconds wrong is frustrating. We do have some places where this is important but to help we use out minimap which shows the position of all timelines and what actions they are performing and anything that happens in the gameworld. Knowing about the game world isn’t the game solving the puzzle is. So how the game core mechanic in Prometheus works is exactly what we have tried to avoid, being based on a single position/length forces it into these puzzles just like the Ratchet and Clank games did. Our game is about solving the puzzle in your mind and once you know the solution it won’t take time to carry it out, but you will need to try 3-5 times before you figure it all out on most puzzles

. Btw I have to say congratulations to Prometheus on the Epimetheus part where they broke out of the Curser10 mold, that is the best part of the game for me. Still quite different (but very cool). 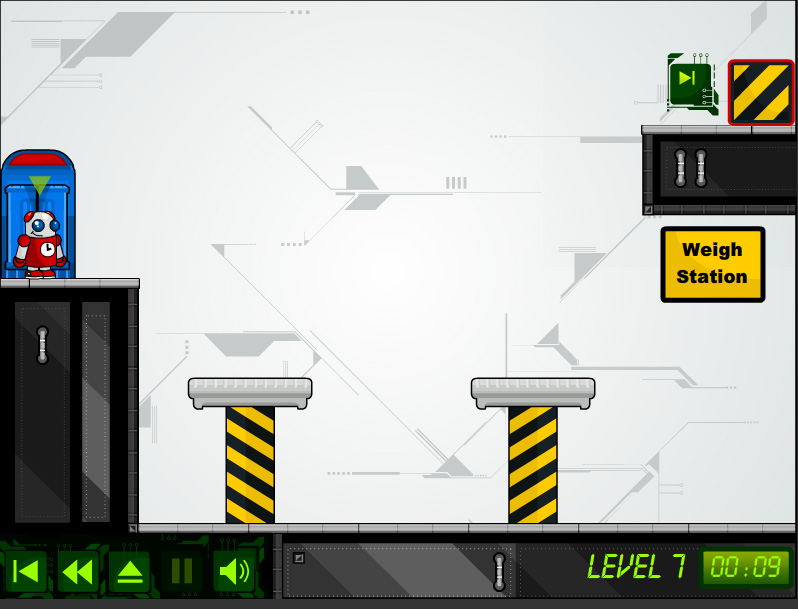 Chronotron is also a syncronization based game where you try to perform the actions in sync to make your clones work together from a common start point.The really cool part here is that you need to be able to get back to the start, which causes some interesting things. It is also quite different from the mentality of PT as we have mentioned above.

The problem we are having presenting PT is that the main part of the game is in the players mind and we can’t show you what happens there, or how the play testers looks when they have a eureka moment. What we can, and will do is to make a extra gameplay movie focusing on how the game plays and try to show the difference between it and those other games more clearly. But in the end you probably need to play it to see what it is all about. However as we are a puzzle based game we have to be very careful with demos and pre-alphas so they don’t spoil the game for you afterwards so we will see what we can do about that in the long run.

We hope this post has helped you to grasp the differences between PT and other games out there a bit more. Else just ask and we will try to explain. And if this sounds interesting to you don’t hesitate to run over to greenlight and upvote us