In the blog's first entry, we will address some core elements from our newest project, LEMNIS GATE. What it is? How it was born? What does it aim to become? To help with this task, James, our Game Director, and I had a nice long chat.

This journal aims to share essential information about our projects, promote healthy reflections on the industry, and inspire enthusiasts through the entrancing path of video game development. Throughout the articles, we’ll delve into a world of creativity, passion, and numerous challenges. It’s worth mentioning that this space will work as a collaboration between all of us from our studio. As a result, you will have access to a bunch of distinct topics to check out. So, settle in and let's begin!

THE "WHATS, WHYS, AND HOWS"

LEMNIS GATE is a turn-based, strategic First-Person Shooter. In the game, battles are fought outside of the "regular" constraints of time. Turns come in the form of 25-second time loops where all actions are recorded and become a recurring part of the match. To win, players must alter timelines to reach goals and conquer their opponents. The game originated from James' nostalgic view on game production: "LEMNIS GATE is an expression of passion and creativity. It is also an amazing opportunity for us to make something left-field and totally outside of the box".

To him, there’s still a huge amount of diversity to uncover with video games, and LEMNIS GATE is just beginning to achieve the potential he originally envisioned: "This was the mindset developers had in the early days. Genres didn’t truly exist, and every game was a brand-new experience without the limitations of marketing and consumer expectation. For me, this was such an exciting time. Each game was a journey of discovery and offered new challenges to learn and overcome".

At a fundamental level, LEMNIS GATE is driven from this experience. Currently, it’s rare to see high levels of risk-taking and innovation due to large budgets and massive investments in existing franchises. Thankfully, the indie scene has been evolving considerably. When combined with the digital marketplaces and the astounding engines available, we have a rich environment to build unique games.

We started the creation of LEMNIS GATE halfway through 2017, although the seed was planted back in 2015, surrounded by friends around a dining table. By the end of that year, we already had a functioning prototype and began our journey into development. According to James: "Having an opportunity like this is not something that comes around that often. We really wanted to take advantage of it and show how even a well-established genre such as First-Person Shooters can be turned on its head with fresh ideas". 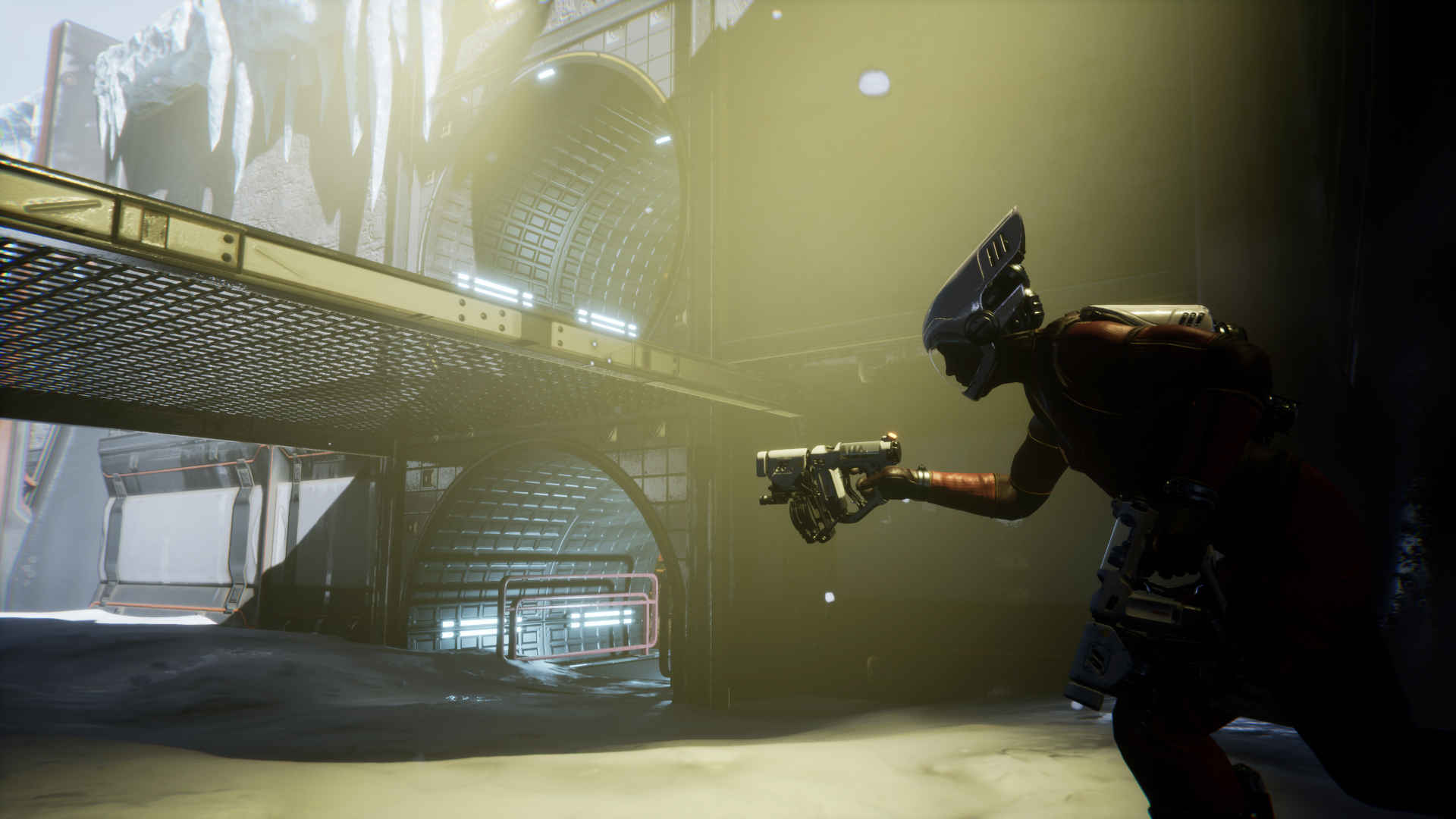 NOT YOUR TYPICAL FPS

LEMNIS GATE is about skill, strategy, and time-traveling. The objective was to conceive a game that was first and foremost accessible, something familiar. And to that mix, we would add a twist. The First-Person Shooter genre proved to be the ideal setting to do so as it has seen very little change throughout the years. As stated by James, choosing such a beloved genre would fill a void between skill-based gameplay (usually seen in FPSs) and strategic thinking: "In LEMNIS GATE, superior aim or faster reflexes are not the only things to define the winners. Players will have to think creatively, maximize the usage of the time-loop, their team of characters and their respective abilities."

That is, the game really wants to conduct the satisfying feel of surprising/outsmarting your opponents through great decision-making: "Lots of players have compared the strategy layer of LEMNIS GATE to a game of chess, so I believe that’s a new angle we’re bringing to the genre, which players will have fun exploring". However, creating certain levels of complexity can be a double-edged sword in game design as they can be as challenging to the developers as they are to its players. 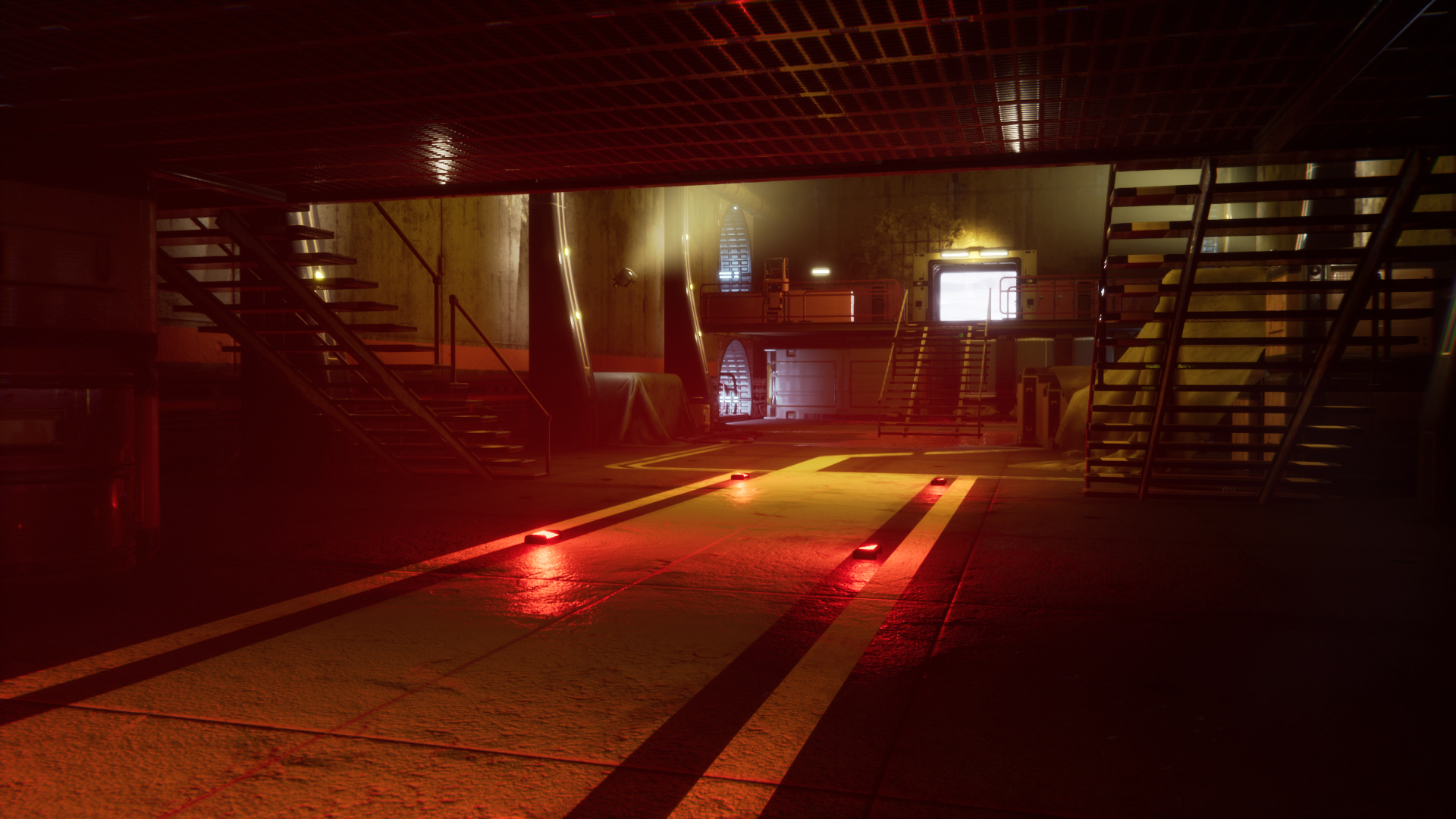 RELIVE THE PAST TO CHANGE THE FUTURE

When building an innovative game, laying the foundation can be the most difficult. To our Game Director, trying to visualize the gameplay before it existed was tricky. Dealing with looping time, causality and “what if” scenarios was much more troublesome than on a regular game. Doubts started to stack up and that's when actions had to be taken: “We answered a considerable amount of questions early on by rapidly prototyping a playable version of LEMNIS GATE. We bought some assets and built a rough version of the game in about a month. With that, we could express and validate our vision across the team. The prototype was a great tool for communication and worked as a test lab for new ideas".

Another valuable tool for the further development of LEMNIS GATE was the post-mortem from Ratloop Canada's first game, VROOM KABOOM. As the former was also an innovative mix of genres, it became too complex for some players to grasp at times: “We always hear about accessibility, and people associate it to a game being easy or hard. I believe it’s all about making it simple for people to experience the game and the fun it has to offer with as little friction as possible. For LEMNIS GATE, we have really knuckled down and embraced this concept, keeping things as familiar and simple as possible, except for that one big twist to the genre which makes it special.”

This directly impacted what LEMNIS GATE is today. The team embraced the accessibility philosophy wholeheartedly when defining the general controls, character archetypes, maps, and game modes. Creating a game that people already know how to play dramatically eases the learning curve grind and jumps right into the fun stuff.

When asked about what excites him the most about the project, James was all about encouraging different thought processes: “To me, it’s the new way of thinking that the game evokes. I mean, it’s a bit like playing a game of chess, but then you have characters which can run through the environment and shoot at each other. This brings a new temporal-spatial element to the mental challenge of the game. When you play, it feels really fresh, and hopefully exposes players to new ways of thinking”.

As the project evolves, we can only get more excited about what’s to come. LEMNIS GATE is being built with passion and we’re not afraid to look back and acknowledge the past to make the future better. We rely on important pillars such as accessibility, complex strategies and deep gameplay that keeps fans coming back for more. Honestly, we don’t plan to stop anytime soon.

If you would like to know more about LEMNIS GATE, be sure to follow us on Social Media (Twitter, Facebook, Instagram) or chat with us directly on our Discord Channel. We plan to update this blog regularly, so be sure to share your ideas for the upcoming articles. Stay in the loop! 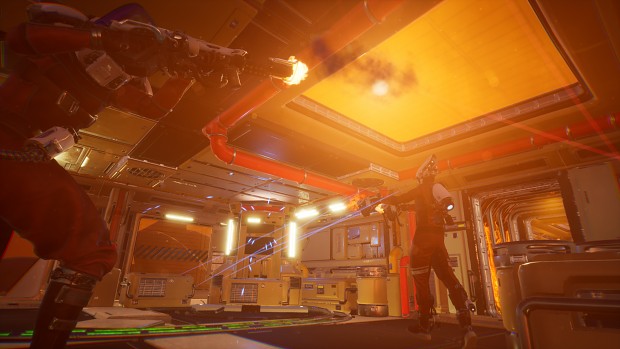 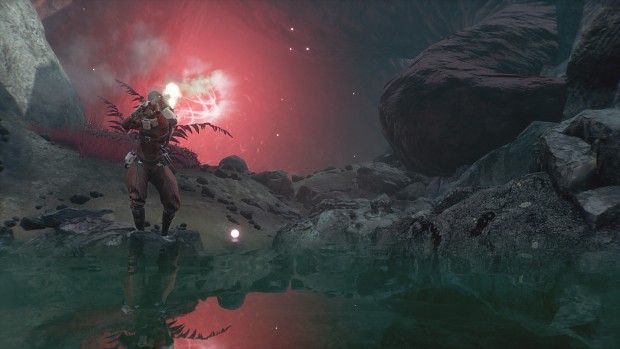